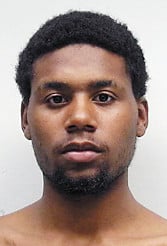 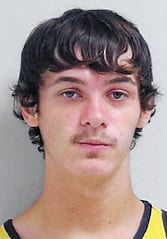 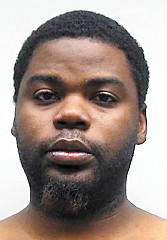 FLORENCE — In-store video surveillance and a police canine unit led authorities to the arrest of two people within 15 minutes of a convenience store robbery Tuesday morning, and a third was arrested later in the day.

They are accused of robbing Quick Stop on Royal Avenue about 1 a.m. No one was injured.

“Officers were able to get a description of the suspects off the in-store video and a canine unit was deployed,” Holmes said.

Holmes said Vox found evidence that was believed to be from the robbery along with two men matching the description of the suspects.

“They were identified as being in the area, and they were taken into custody for questioning,” Holmes said. “After interviewing them, they were charged.”

Authorities said Vox located the evidence and the men in an alley near Sannoner Avenue and Atlanta Street, north of the business.

Police Chief Ron Tyler said this is a perfect example of the importance of the canine units.

“The dogs are more than just an average dog. They are an expensive piece of equipment that trains constantly. ... They are effective in tracking people, locating evidence and weapons,” Tyler said.

Holmes said it is believed Ford was the lookout, and Hamer and Madis entered the store.

Authorities said police believe Hamer was armed with a pistol and instructed the clerk to give him money.

Holmes said Tuesday afternoon information was developed linking Mardis to the robbery. He was arrested Tuesday evening at his residence.

All three are being held in the Lauderdale County Detention Center on bail of $50,000 each.

First-degree robbery is a Class A felony, punishable by 10 years to life in prison if convicted.