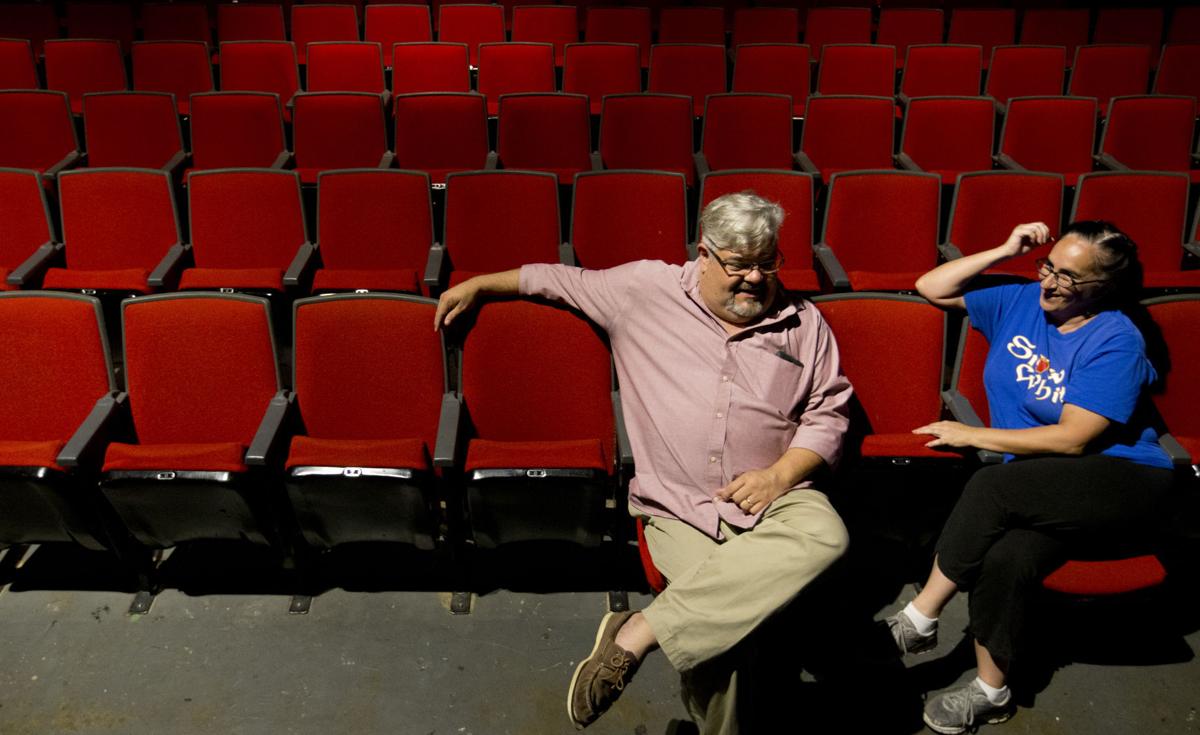 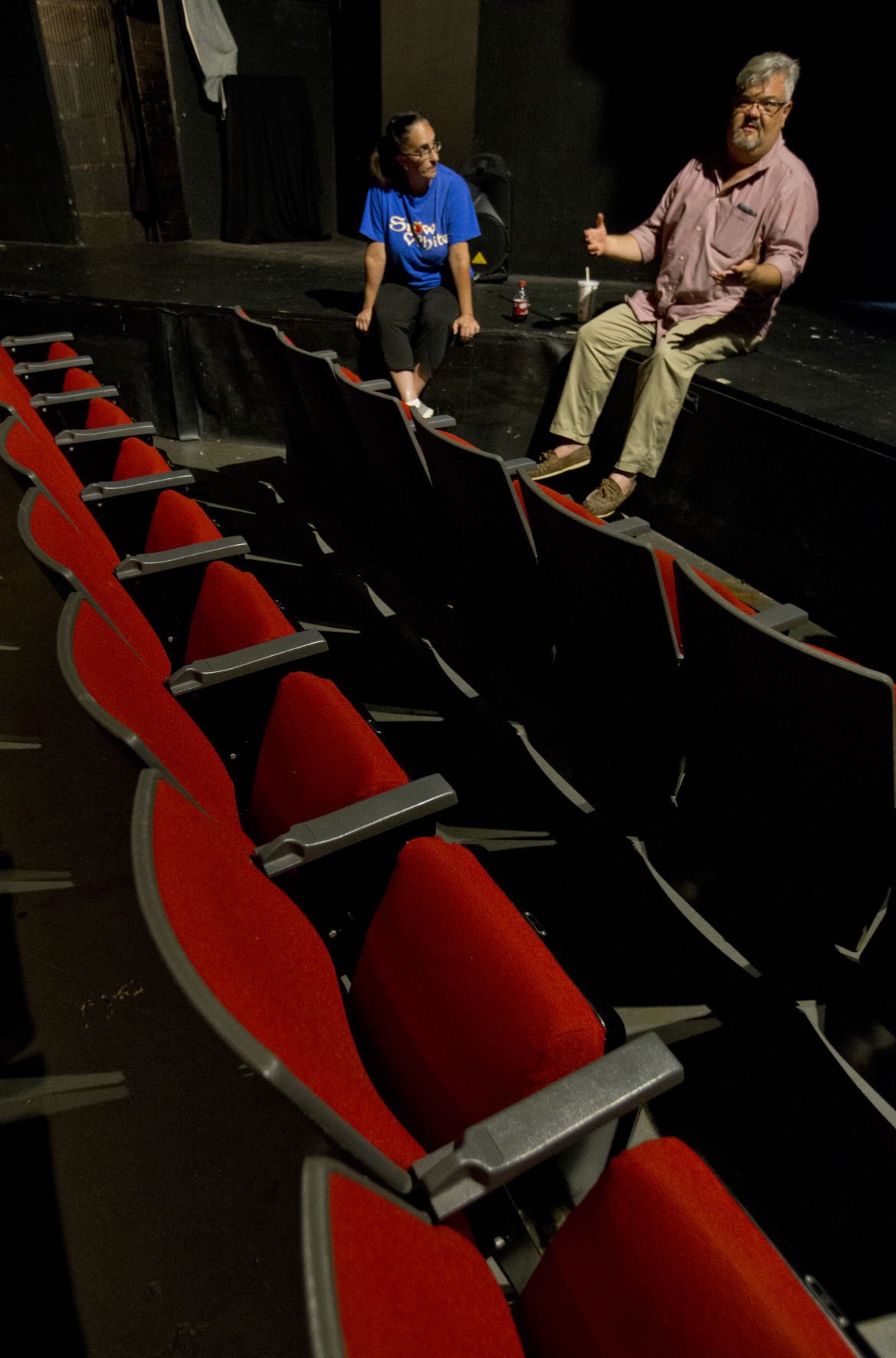 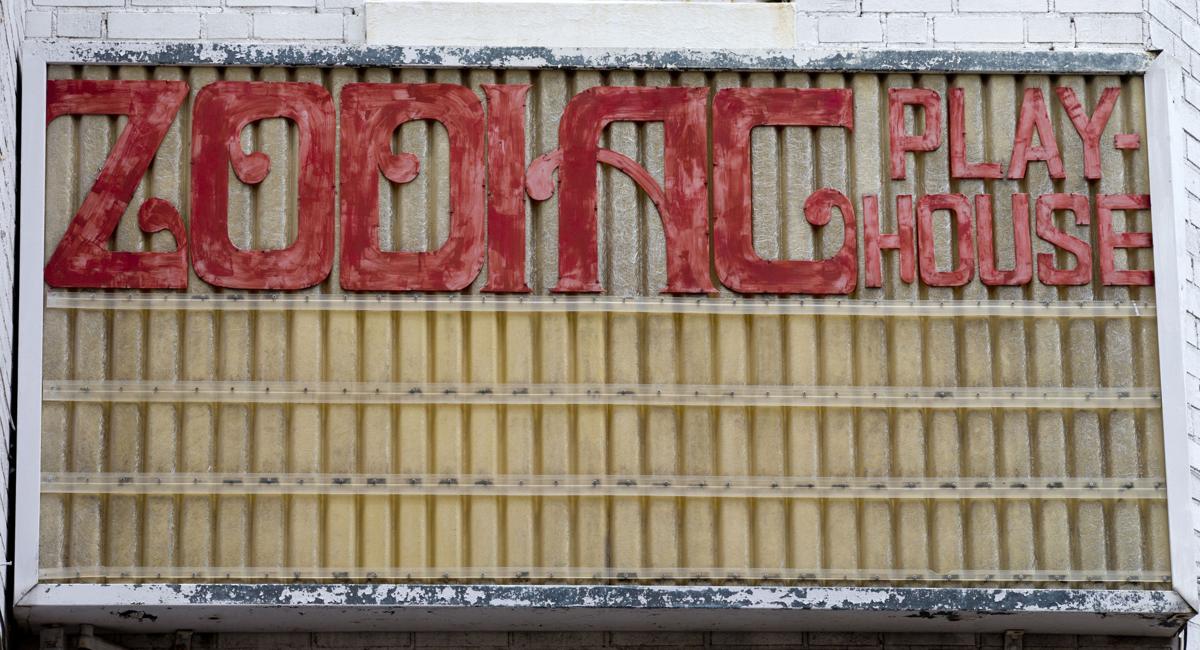 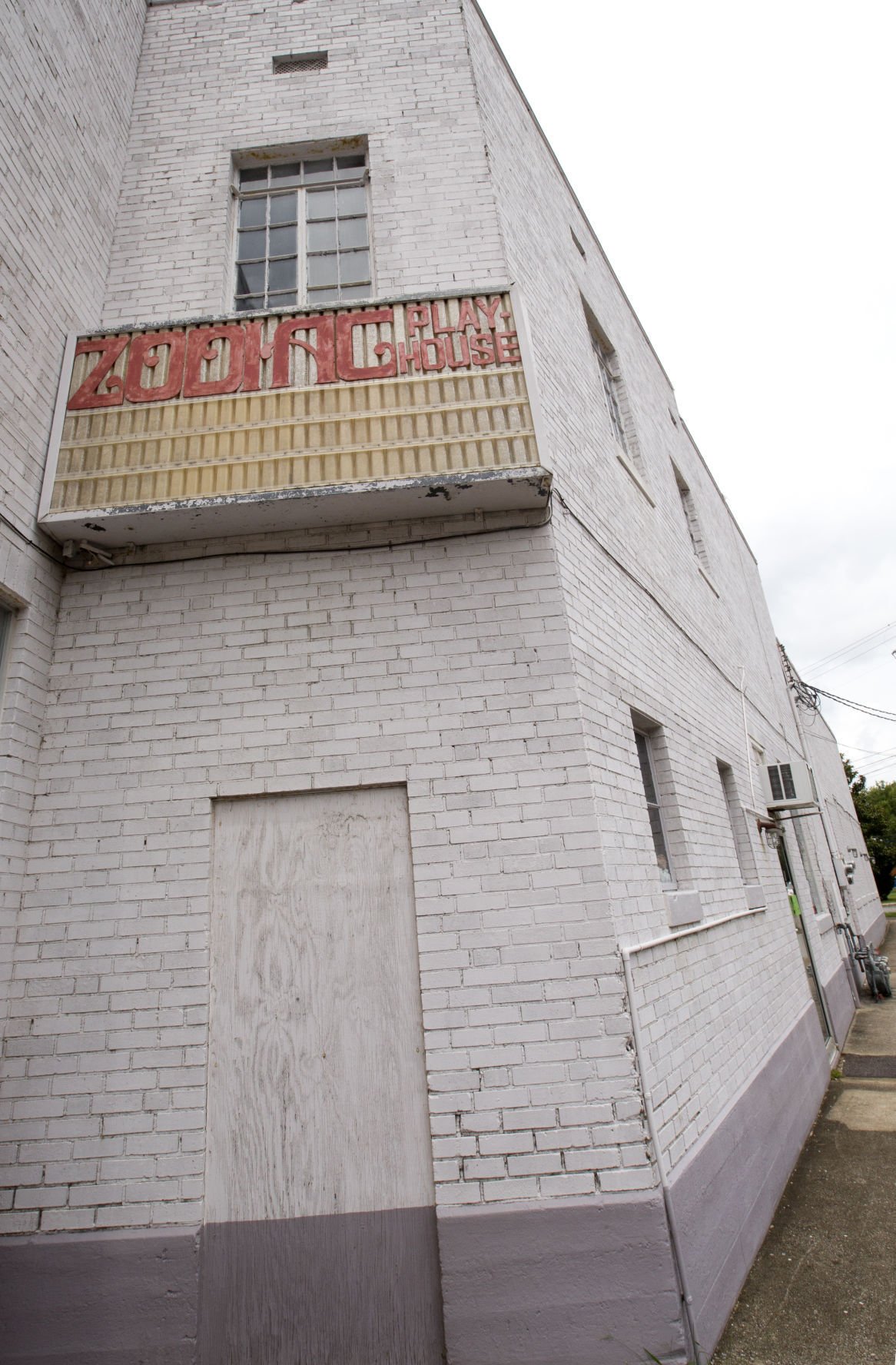 Amanda Perry and Martin Dean sit on the edge of the stage and look out into the dark theater. The view in front of them is a sea of empty red seats.

Both Perry and Dean have lifelong memories of the small theater at the corner of Court Street and Hermitage Drive in downtown Florence. Their names are still on the walls backstage having been autographed there more than three decades ago.

Not only is the historic Zodiac Playhouse part of their pasts, in its new life as The Z, the two envision filled red seats on a regular basis as part of their futures.

With two successful shows under its belt so far this summer and a busy schedule planned for the upcoming season, it’s difficult to believe a few months ago the theater’s future was up in the air.

The former Firestone Garage in Cantrell Plaza has been a theater since former University of North Alabama professor Robert Allen Holder led a charge to create the Zodiac Players in the early 1970s. In recent years, Shoals Community Theatre rented the venue using it mostly as an audition and rehearsal space.

This past January, a change in ownership of Cantrell Plaza disrupted the status quo. Ultimately, Dean, Perry and many other theater patrons with local ties banded together to save the small venue.

“When we found out that Shoals (Community Theater) wasn’t planning to keep the space, it was a topical conversation for several of us,” Dean explained. “But, we didn’t do anything until April. It was really a grassroots effort. We felt the need because of our history.”

Dean said “we” is himself, Perry, Tim Rhodes, Amber Rhodes, Suzanne Tidwell, JC Hester, Gena Rawdon and Rance Czermak – a group that would become founding board members of The Z.

“It was also various other community members,” Perry added. “It was those of us who grew up in theater here. We have people in New York, D.C., Houston, Atlanta and Nashville supporting this space.”

“We haven’t had to sell this (vision),” Dean added. “This isn’t a hat-in-hand, please, please help us situation.”

“From one end of the country to the other, there are people who have roots in this little place,” Perry continued. “They want to save it.”

Perry said the new owners were amenable to the building remaining a theater. The board, along with 22 initial contributors, not only saved the venue, they immediately breathed new life into the playhouse.

The locks changed May 1 with the Historic Zodiac Playhouse group’s lease beginning June 1. They wasted no time — The Z’s first presentation was “Bus Stop” on June 22.

“We decided to do ‘Bus Stop’ because it was the first show to be done here 45 years ago,” Dean said. “Cypress Realty came in as the producers and arranged for the financial backing. We had the original director and one of the original cast members in attendance. We extended our hand to the community, letting them know they can come back here.”

Perry said the group’s vision for The Z is to make it a unique part of the active Shoals theater scene.

“We want to make this space affordable enough so anybody who wants to do something has a place to do it,” she said. “You don’t need an 800-seat auditorium when you’re just starting out with something. When you put 150 people in here, it’s full. We can afford to lower the rate — the object is to rent it a lot.”

Dean and other board members are visiting similar venues in the region in hopes of establishing community theater exchange relationships. He said hosting shows from other regional venues helps expose Shoals audiences to a wider variety of theater. Eventually, The Z in turn will share its productions with the network.

“We went to Pulaski and interacted with their board,” he said. “We saw one of their productions. We’re going over to Corinth next weekend. The Corinth board has already been here. We hope to go to Red Bay and visit with them. Obviously, Savannah has already participated in our space.”

Dean referenced this past week’s presentation of “Hazelwood Jr. High,” a play about four junior high school girls who bully and kill a classmate.

“Scott Long, former owner of The End, contacted us and told us about a guy in Savannah,” Dean said. “He was working on a production but lost his venue. They don’t have a set venue in the Adamsville/Savannah area. They lease a venue from the city and the city has editorial control.”

Dean said although the director had paid a deposit, the “Hazelwood Jr. High” script was not approved and the city banned the show.

“The play is 21 years old,” Dean said. “The guy had been encouraged by the author to work the show up and submit it to New York Fringe (FringeNYC). One of the pre-requisites to Fringe is the show must have been performed in a venue for a live audience.”

The Z board considered the script. Dean said he had mixed feelings about it but his mother, veteran junior high school teacher Charlotte Dean, swayed his opinion.

“This three-time a week, church-going former teacher read this pretty harsh script and said it has to be done,” he said. “The message was important, and it needed to be out there.”

Perry said after reading the script, all the board members weighed and it was a consensus of “that’s why we’re here.”

“People can come here and present their ideas,” she said. “That has been missing here. Yes, I’m sure we’ll do some fluff comedy — there’s a place for that, too.”

Two popular local improv groups, The Wickets and Sustainable Differences, will perform monthly at The Z in conjunction with First Fridays in Florence. The board hopes the 8 at 8 shows — $8 at 8 p.m. — will extend the downtown crowd to The Z’s end of North Court Street.

Beginning Aug. 22, The Z will host improv classes each Tuesday. Plans are also in the works to host local filmmakers on a regular basis.

The remaining four shows of The Z’s season will be independently produced in conjunction with The Z. The next show — "A Day with Rey" — is an original by Jesse Sockwell.

“Jesse’s show is not fluff,” Dean said. “It is locally written and produced.”

“They’re looking at this as sort of a workshop, too,” Perry added. “They want to take it further. The nice thing about that is, if they’re successful, forever and always, the scripts and programs will say its first production was at The Z.”

For upcoming events, a schedule of The Z’s season and ticket information, go to its Facebook page by searching for Historic Zodiac Playhouse.

Gosh, they autographed it with their hands. We usually use our feet when we sign autographs.

Should the Braves change their name to the Hammers in honor of Hank Aaron?