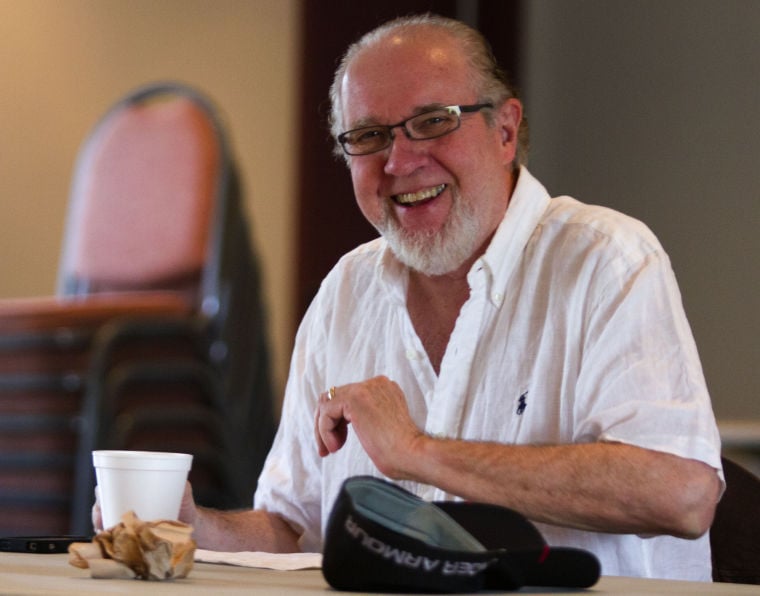 Norbert Putnam: Earned recognition as one of the first professional recording musicians in the Shoals area and was part of Rick Hall's original FAME Recording Studios rhythm section. 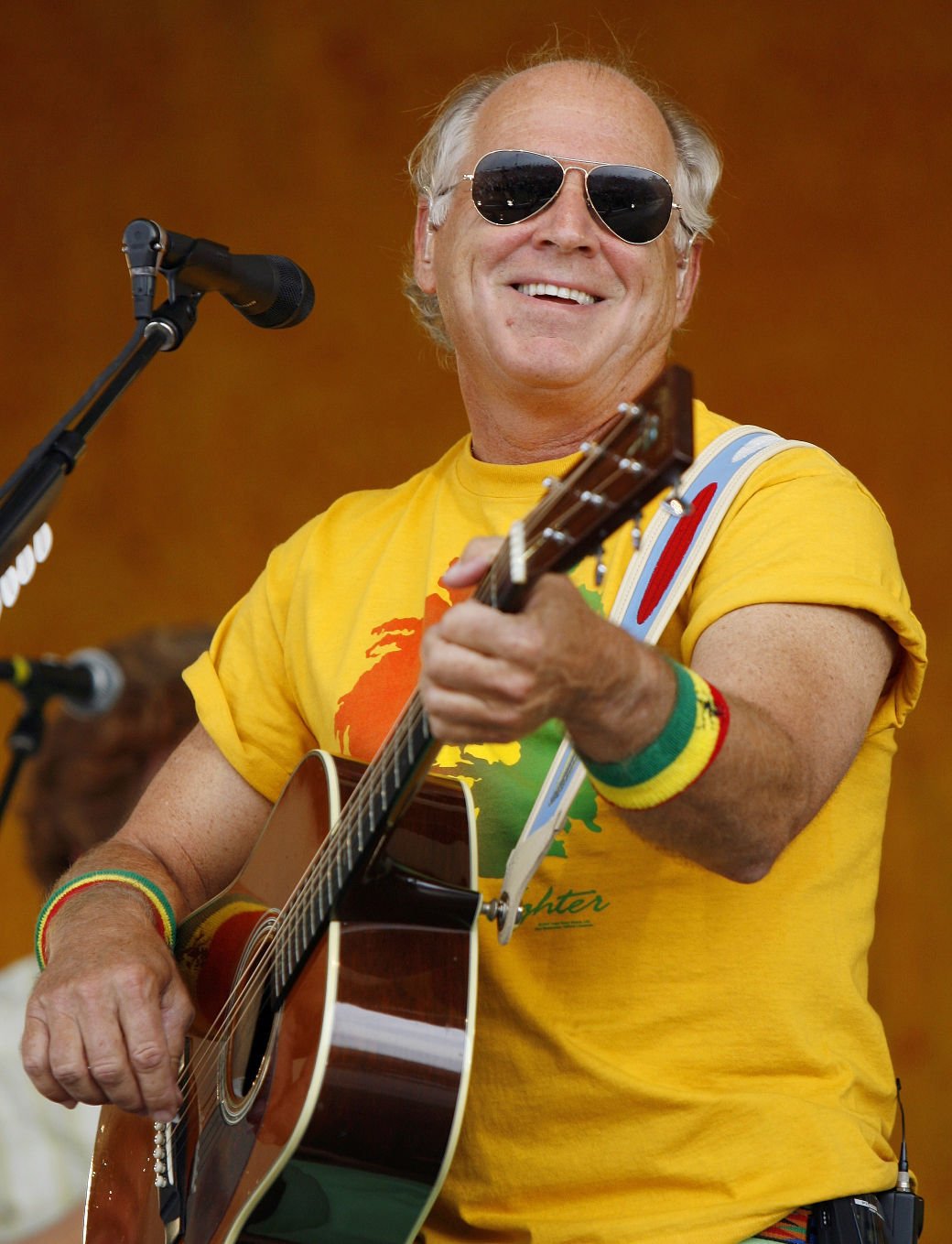 FILE — In this May 6, 2006 file photo, Jimmy Buffett performs at the 2006 New Orleans Jazz & Heritage Festival in New Orleans. Timing is not on Jimmy Buffett’s side. The “Margaritaville” singer is synonymous with the white-sand beaches along the Gulf Coast that are now being fouled by leaked oil. He’s planning to open a hotel in Pensacola Beach, Fla., in two weeks. (AP Photo/Alex Brandon, File) 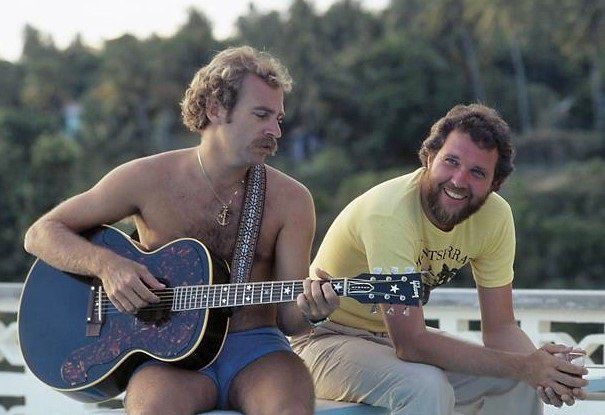 Jimmy Buffett (left) and Norbert Putnam in Montserrat, British West Indies, during the recording of the popular single "Volcano."

Norbert Putnam: Earned recognition as one of the first professional recording musicians in the Shoals area and was part of Rick Hall's original FAME Recording Studios rhythm section.

FILE — In this May 6, 2006 file photo, Jimmy Buffett performs at the 2006 New Orleans Jazz & Heritage Festival in New Orleans. Timing is not on Jimmy Buffett’s side. The “Margaritaville” singer is synonymous with the white-sand beaches along the Gulf Coast that are now being fouled by leaked oil. He’s planning to open a hotel in Pensacola Beach, Fla., in two weeks. (AP Photo/Alex Brandon, File)

Jimmy Buffett (left) and Norbert Putnam in Montserrat, British West Indies, during the recording of the popular single "Volcano."

FLORENCE — Part of the reason Jimmy Buffett's iconic hit "Margaritaville" has stood the test of time is that it's a song everyone can relate to, Shoals bassist, producer and former recording studio owner Norbert Putnam said.

He produced the track in 1977 with Buffett and his Coral Reefer Band.

The song has been included in the Recording Academy's Grammy Hall of Fame Class of 2016, along with another track with local connections -- Dan Penn and Chips Moman's "Dark End of the Street," which was recorded by soul artist James Carr in 1967.

"Margaritaville" is also connected with a restaurant chain, a chain of hotels, and a variety of other products such as "frozen concoction makers," commonly known as blenders.

"It has every element for a good story," Putnam said.

The singer refers to sitting on his front porch swing, strumming his six string. He's noticing tourists covered in suntan oil, smelling shrimp beginning to boil, and cuts his foot on a pop top.

And like all good stories, Putnam said, the song has that element of drama or conflict.

"Some people claim that there's a woman to blame, but I know, it's nobody's fault," the chorus goes. Later in the song, however, the chorus changes and he laments, "... it's my own ... fault."

Putnam said he agreed to produce a new Buffett album in the late 1970s after being approached by Buffett's producer, Don Gant. According to Putnam, Buffett wanted to record his next album with his touring band, but Gant preferred recording with his favorite Nashville, Tennessee, session musicians.

So Putnam agreed to meet with Buffett at his favorite Nashville restaurant.

Putnam said Buffett told him "my band is more like the Rolling Stones than Nashville studio musicians."

"I thought that was a pretty profound statement," Putnam said.

He caught the band live and just like Buffett said, they came out "like a big heavy rock band."

"And the crowd went wild," Putnam said. "I thought, this must work. I met with Jimmy the next week and said, play me some songs. Everything he played had saltwater in it."

Putnam had been in Miami, Florida, the year before with the Pousette-Dart Band, so he thought getting Buffett out of Nashville and into some Miami salt air might be good for the recording sessions.

About a week later, Buffett came to Putnam with "Changes in Latitudes, Changes In Attitudes," and they were off to the beach.

He said Buffett replied,"It's a day in my life in Key West."

"I'm sitting there thinking, I don't know if this is a song or not," Putnam said. "About the second week, he comes in and throws his legal pad down, grabs his guitar and said, listen to this. We gathered around and he sang 'Margaritaville' from start to finish."

Putnam was getting a car repaired in Jackson, Mississippi, and the mechanic recognized him and knew he had worked with Buffett.

"He put his arm around me and said, 'I want you to know, the words in all those Buffett songs got me through my second divorce,'" Putnam said.

He said Buffet writes in a language everyone can understand.

"He never got fancy with his lyrics," Putnam said.

Mac McAnally, who splits his time between homes in Nashville and Sheffield, didn't play in the original cut, but has performed the song hundreds of times since joining the Coral Reefer Band in 1998.

"Like most folks I first heard 'Margaritaville' as a fan," McAnally said. "I was just getting into the biz myself and was proud for a hometown fellow Mississippian to have a hit during a time when disco was the norm. The song stood out from the rest of the Top 40 at the time."

What makes it special, he said, is how much of Buffett's persona is transferred during the playing or listening process.

"It represents a lifestyle which is broader than simply being inebriated on a beach, although it frequently includes being inebriated on a beach," McAnally said. "Jimmy conveyed a relaxed approach to living which starts and ends with a smile. I think most people then and now benefit from a little more smiling and relaxing. I'm proud for my friend and road boss receiving this honor."

Alan Schulman, who has been engineering and mixing Buffett recordings since 1997, agreed with McAnally's assessment.

"It has a lot to do with a lifestyle," Schulman said. "It projects the sun, the ocean flip-flops. He kind of lives like that. He's a fun man to be around. I think what it does is it gives people a chance to have a different lifestyle from their normal jobs a couple times a year, to go to a Jimmy concert and feel like they're on the beach."

Schulman said he was just booked to engineer a new Buffett Christmas album.

"I think with Jimmy Buffet in general, and that song, you're buying into a way of life," said Jimmy Nutt, owner of Sheffield's NuttHouse Recording Studio. "You hear that song and you're at the beach. It's just what he does so well. He paints that picture that lets people go on vacation in their minds."

Nutt said he worked as an assistant engineer with Schulman on several Buffet records.

Penn and Moman's "Dark End Of The Street" was written in the summer of 1966 in Memphis, Tennessee.

Leighton native, the late Percy Sledge, covered "Dark End Of The Street" on his 1967 album "The Percy Sledge Way." The track is also included on Penn's 1994 album "Do Right Man."

Efforts to reach Penn were unsuccessful.