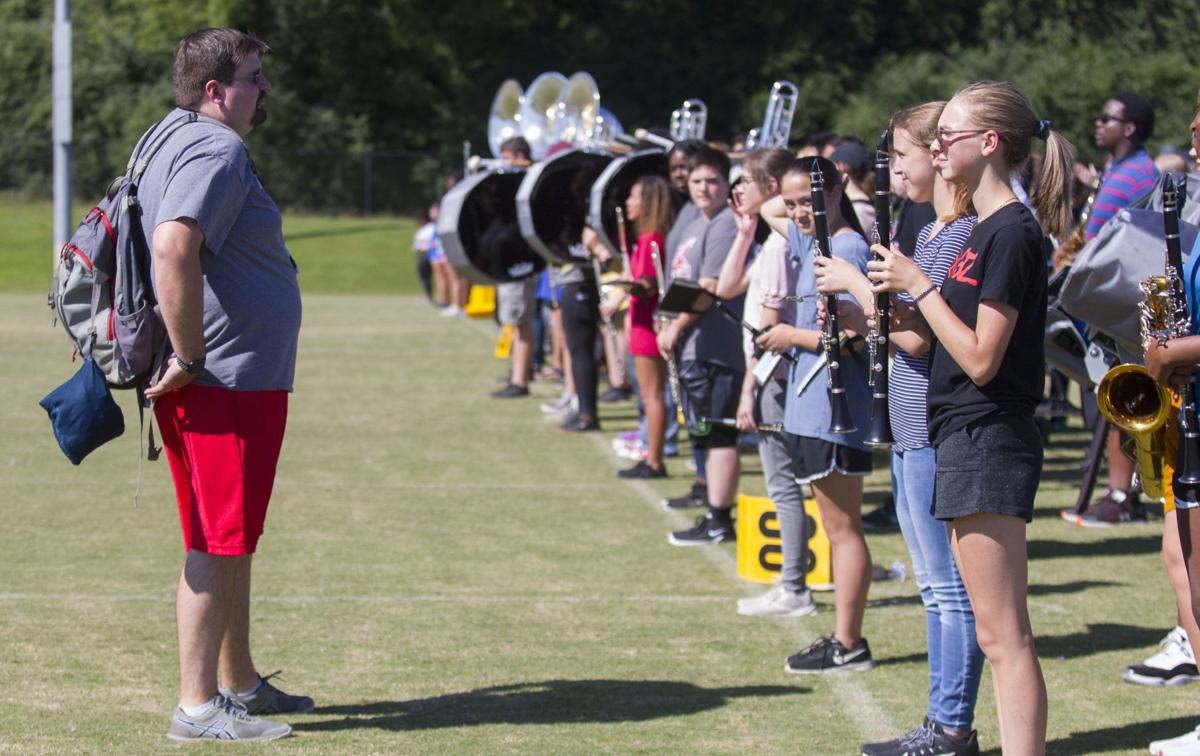 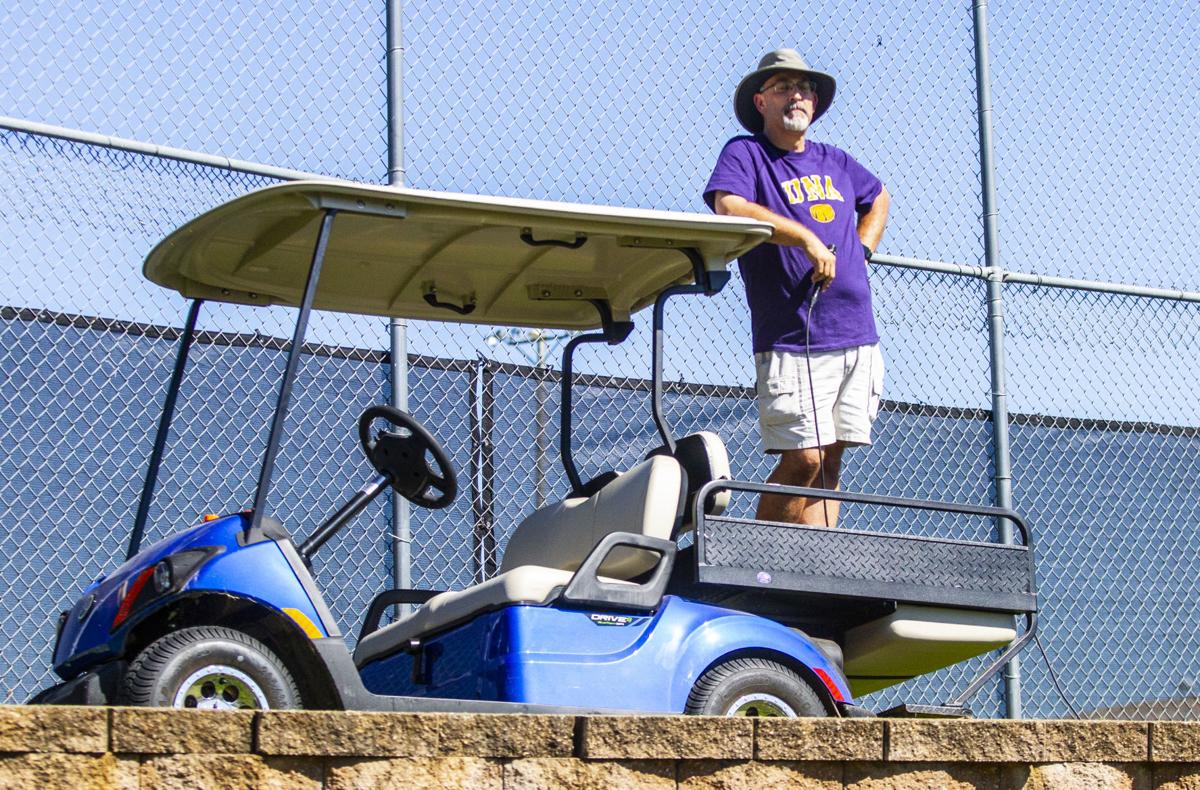 Terry Ownby, Director of Bands at Florence High School, stands with a microphone giving instructions to the band.[CAROLINE OGLESBY/ TIMESDAILY] 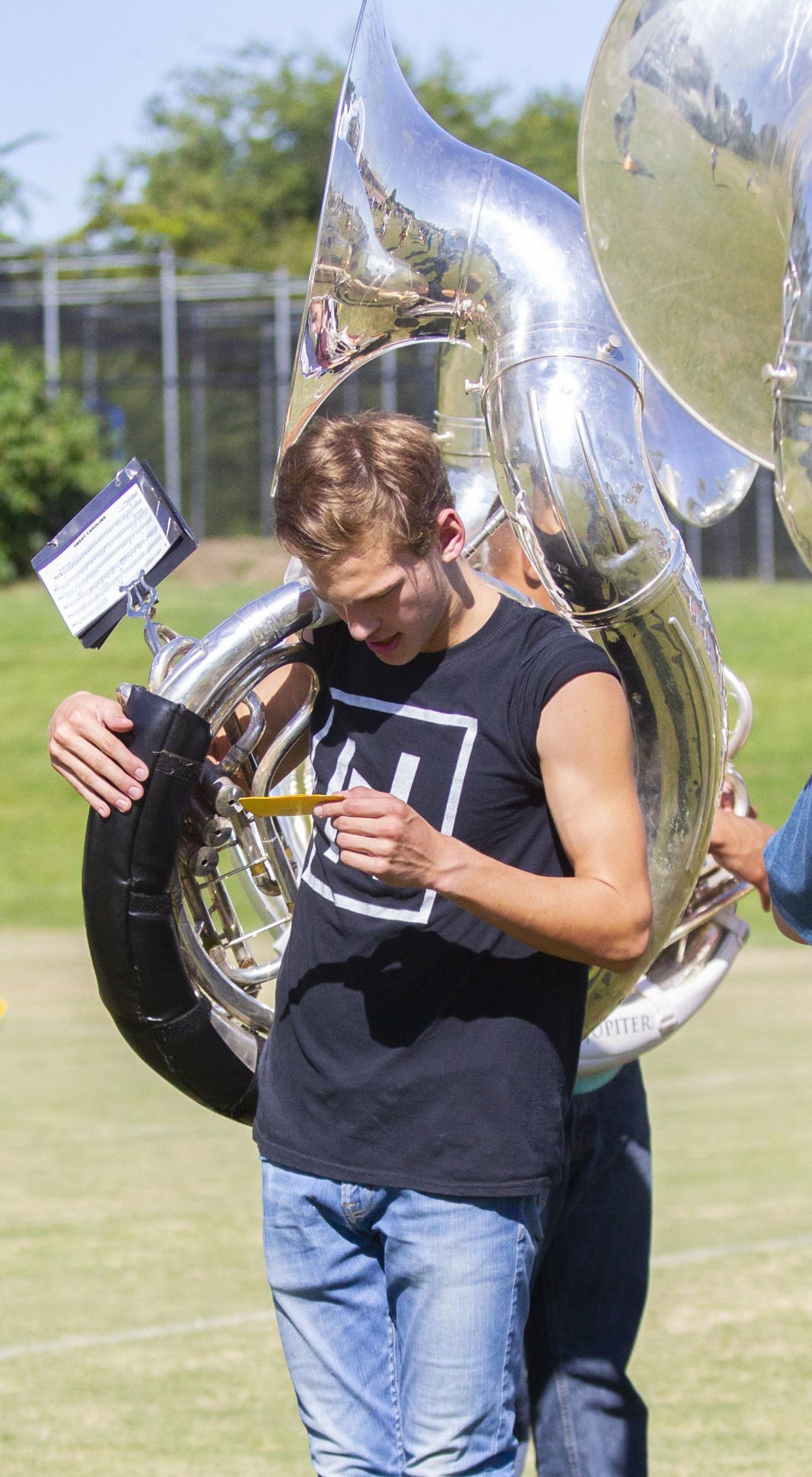 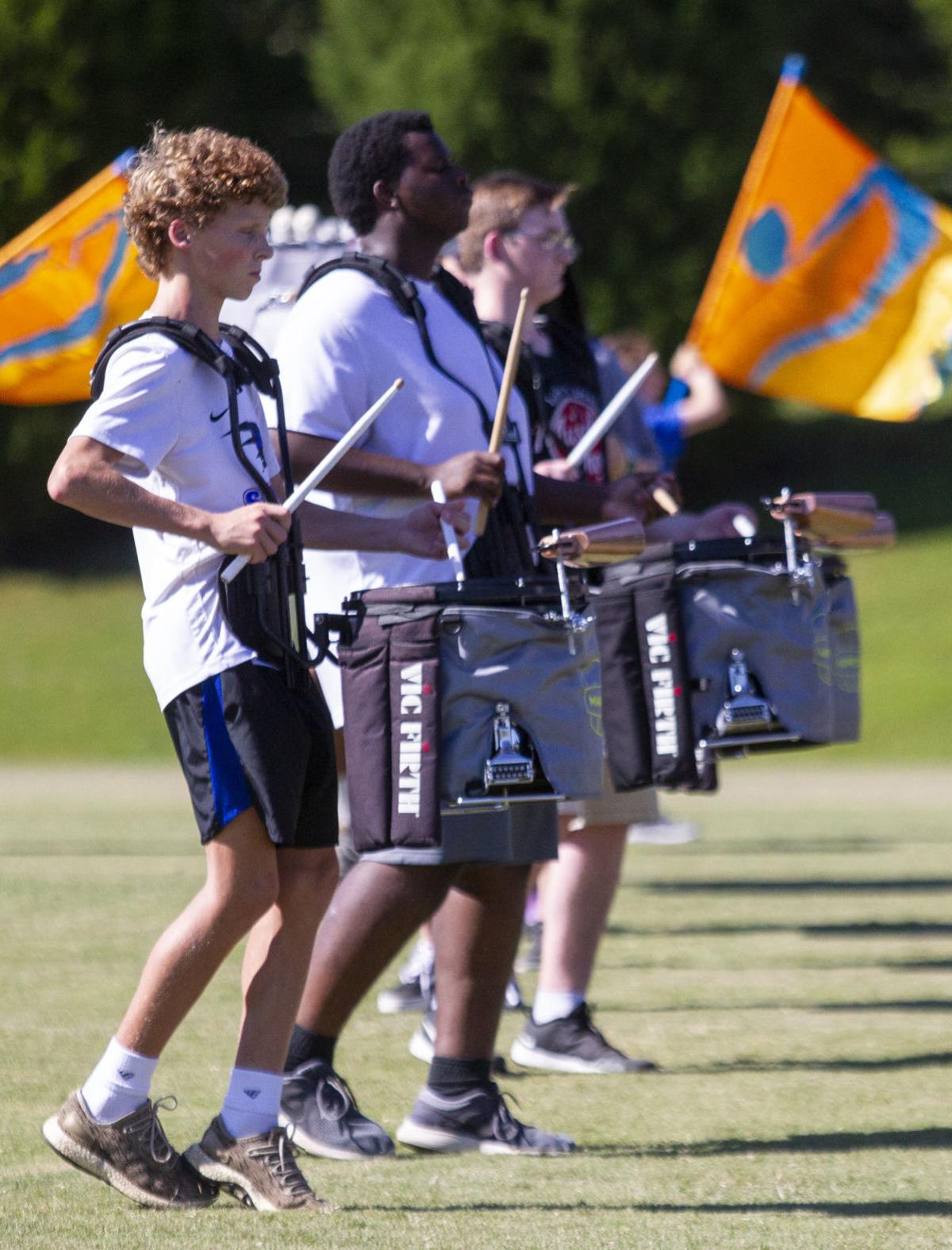 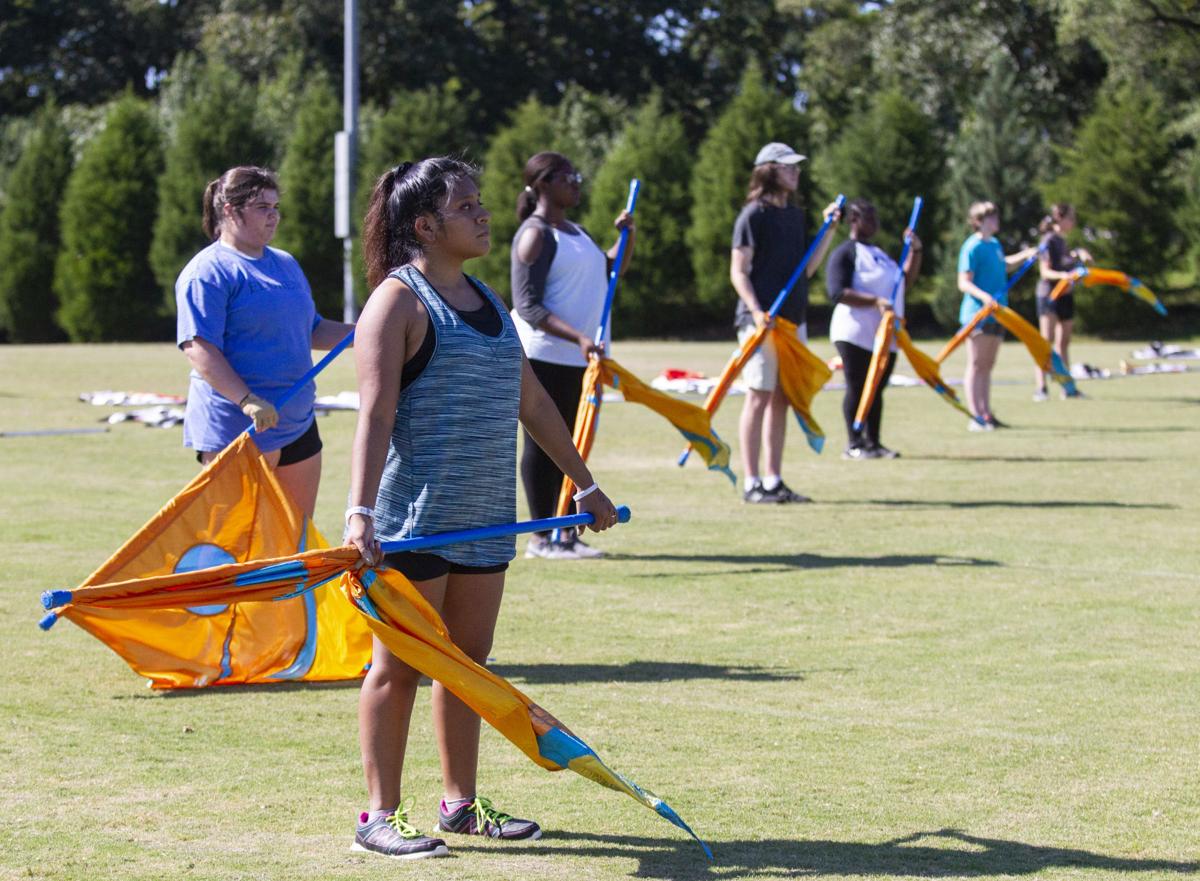 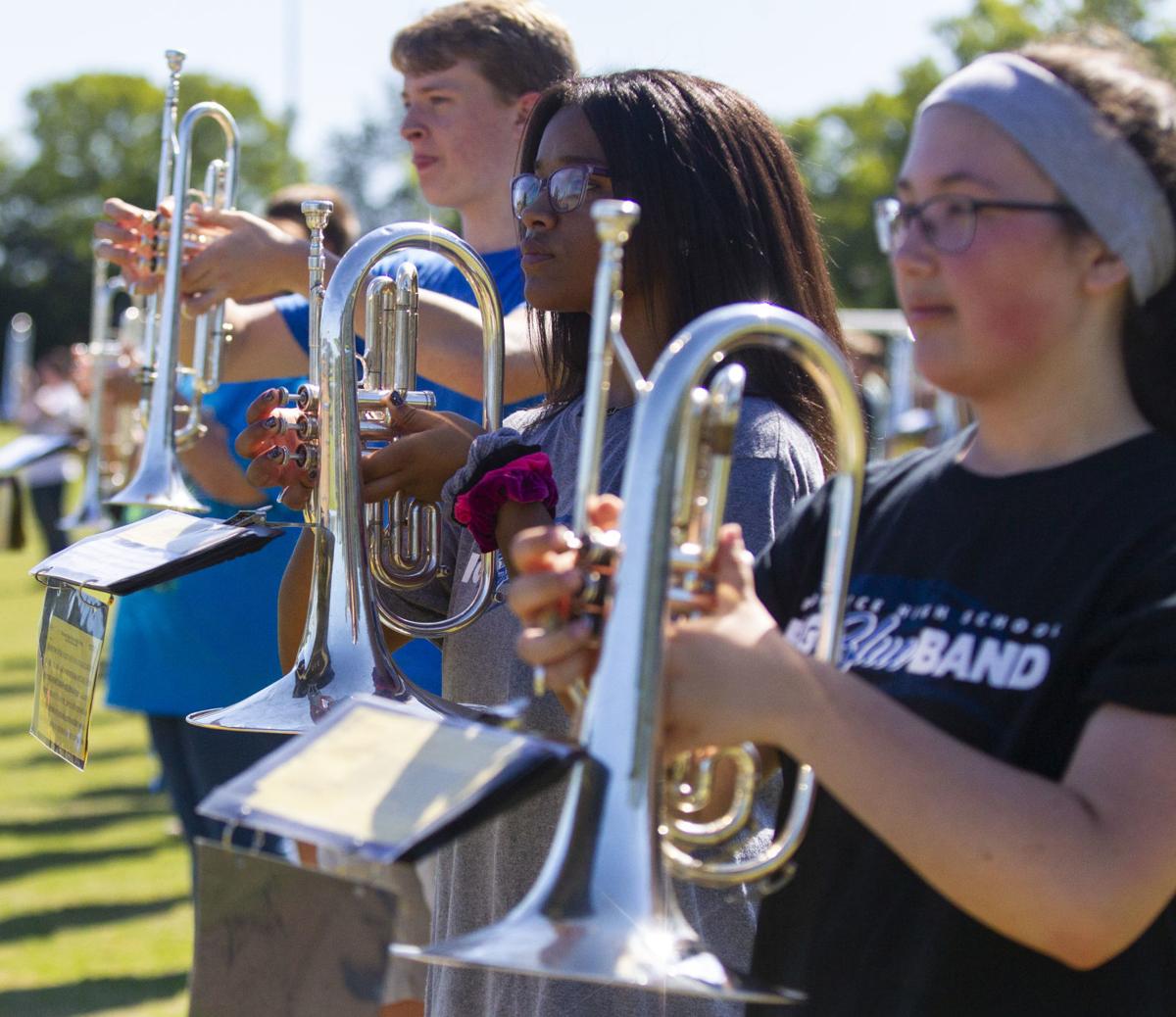 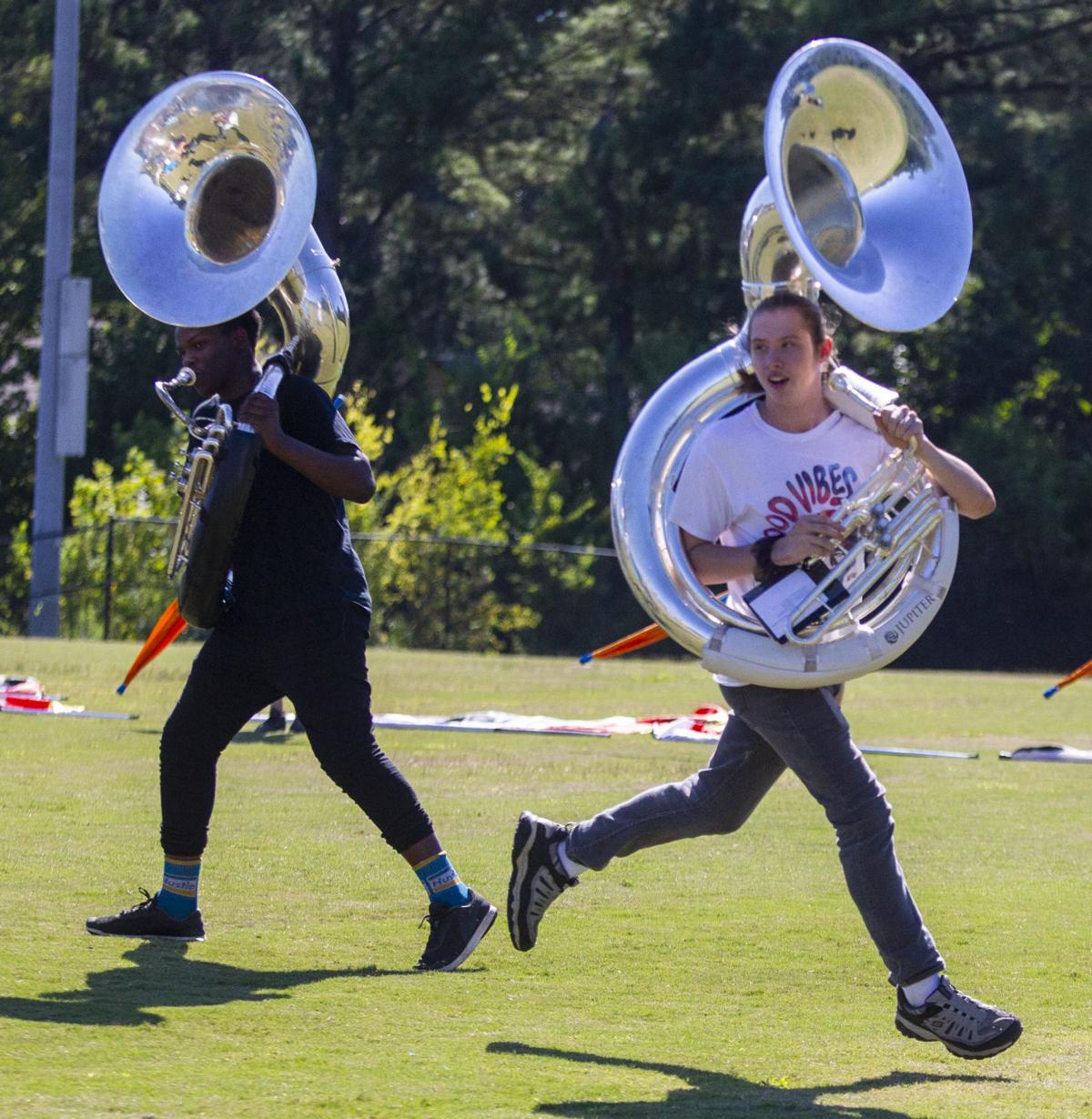 Sousaphone player, Larry Lamb, runs to make it to his spot on time. [CAROLINE OGLESBY/ TIMESDAILY]

The pit practices their part to "My Life."[CAROLINE OGLESBY/ TIMESDAILY] 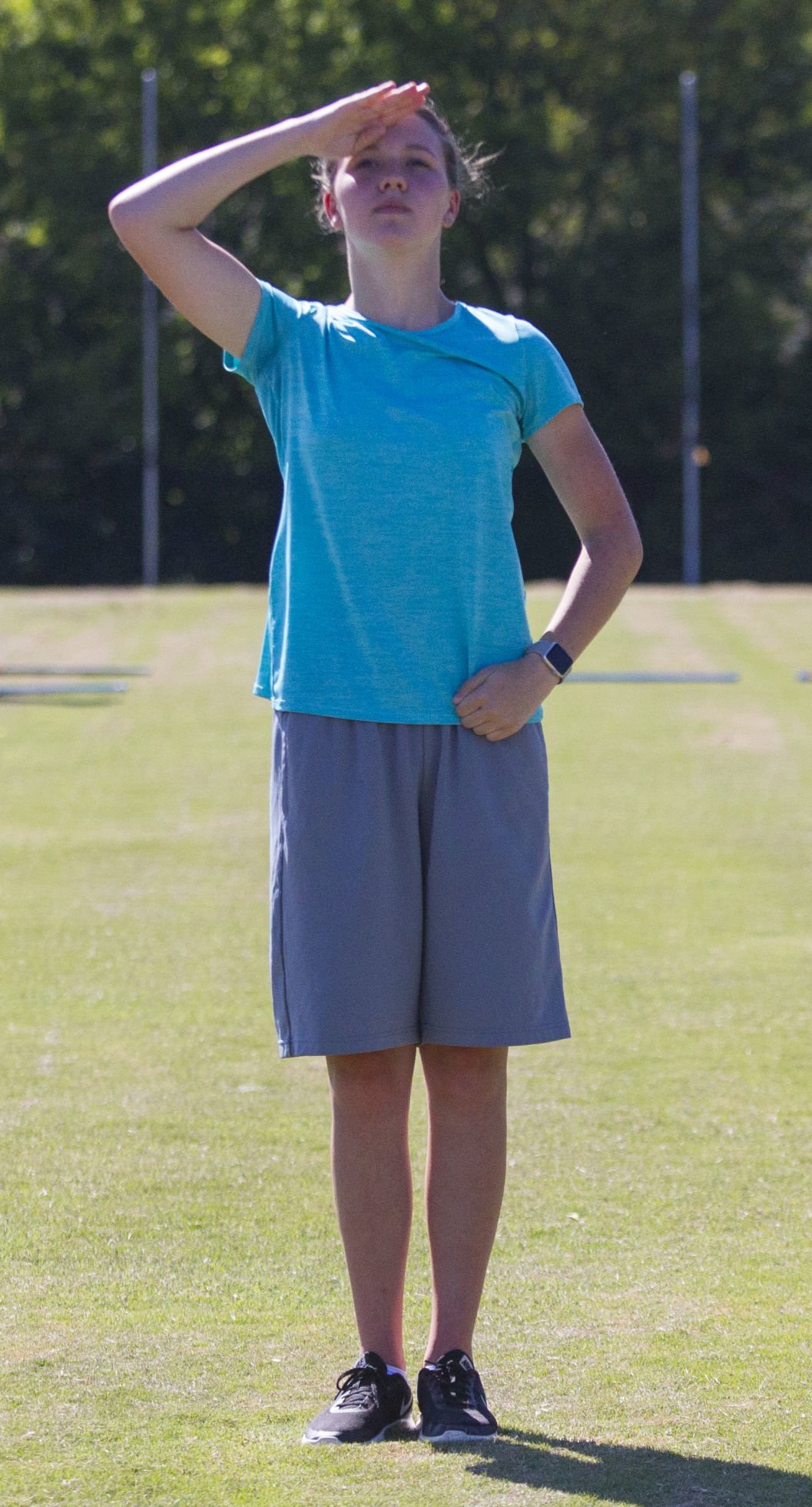 Terry Ownby, Director of Bands at Florence High School, stands with a microphone giving instructions to the band.[CAROLINE OGLESBY/ TIMESDAILY]

Sousaphone player, Larry Lamb, runs to make it to his spot on time. [CAROLINE OGLESBY/ TIMESDAILY]

The pit practices their part to "My Life."[CAROLINE OGLESBY/ TIMESDAILY]

“The stadium lights shining down on us, the drum’s steady cadence as the crowd cheers, our eyes filled with pride as we march off the field — those are the moments when every second of dedication is worth it,” said Caroline Branham, the drum major at Florence High School.

The band performs at every Florence High School football game and will perform when they host the Florence Marching Invitational.

Preparing for these competitions require extreme amounts of dedication and effort. .

Taylor Morrison, a trumpet player at FHS said marching band requires complete focus and a high level of practice. He said you have to be good at multitasking. Band members must memorize drill and music and also keep their feet in time and in sync with the music. If a single person makes a mistake, it affects the entire band.

The Big Blue Band has about 117 members – one drum major, 91 winds and percussionists, one majorette, 10 dance line members, and 14 color guard members – for the upcoming marching season.

Terry Ownby, head band director, said the band constantly stresses that it’s we, not me. They focus on putting the group first not one individual.

“The group sinks and swims together,” Ownby said.

Ownby teaches students that not only in band, but also in life, “How you do, what you do matters.”

Ownby said in order to be successful the band must work as a single unit, both on and off the field.

"You have to work with everyone around you," she said. "We all have that Crazy Uncle John, but we still love them. It’s just like that in band; we value every single person.

Ownby said the FHS Marching Band has focused on iconic musicians for the past few years. They have performed music by Aretha Franklin, Michael Buble, Lionel Richie, Michael Jackson, Percy Sledge, and many more.

The Florence Falcon Big Blue Marching Band’s show for the upcoming 2019 season is entitled “Piano Man: The Music of Billy Joel,” featuring “Piano Man,” “We Didn’t Start the Fire,” “My Life,” “Only the Good Die Young,” “Air (Dublinesque),” and “Just the Way You Are.”