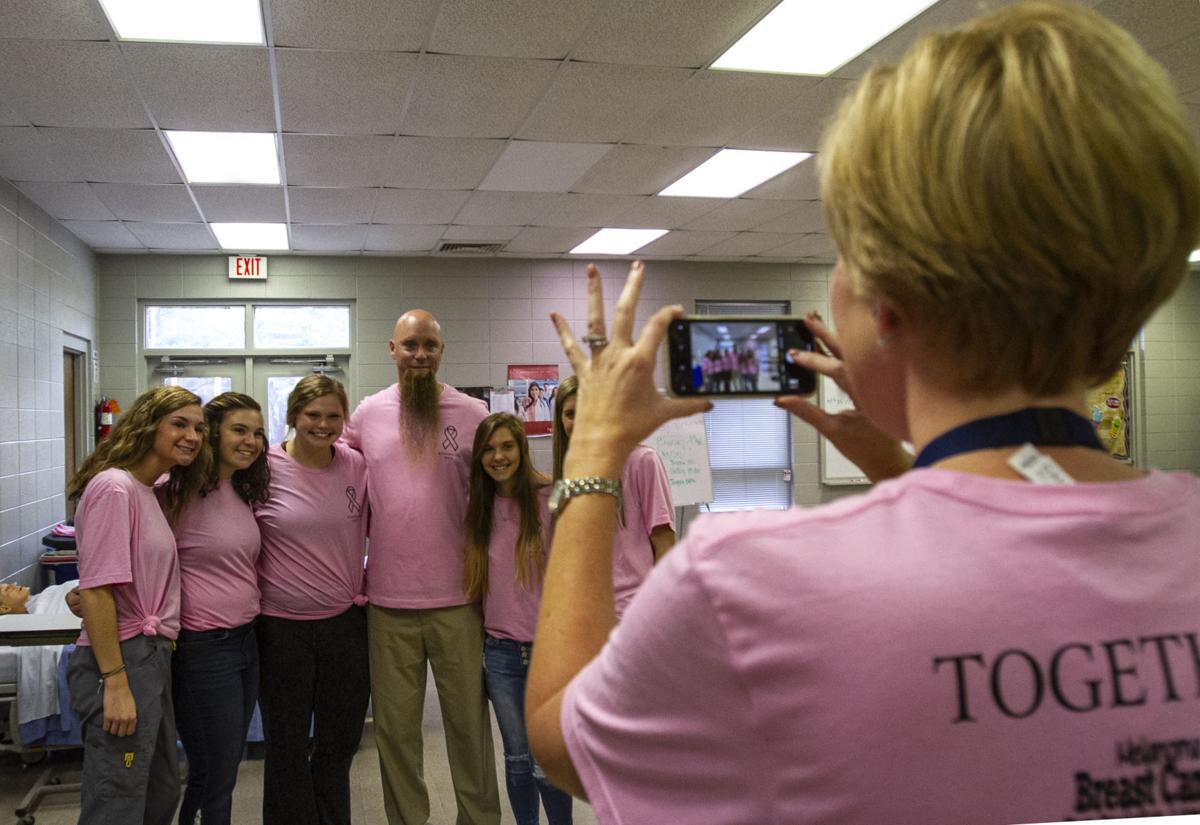 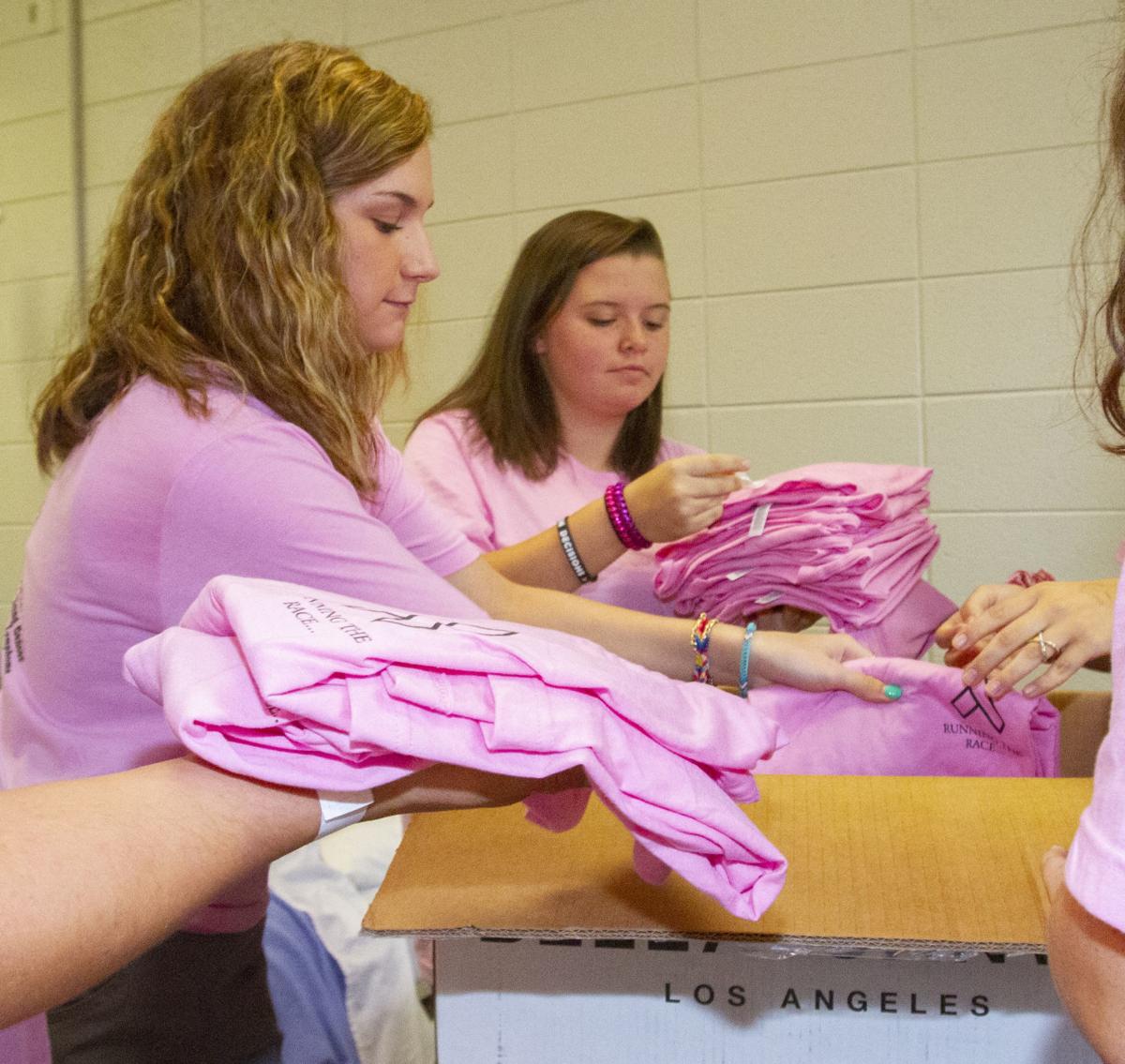 Health Occupations Students of America at Allen Thornton Career Technical Center unbox the T-shirts they are selling as a fundraiser. [CAROLINE OGLESBY/TIMESDAILY]

Health Occupations Students of America at Allen Thornton Career Technical Center unbox the T-shirts they are selling as a fundraiser. [CAROLINE OGLESBY/TIMESDAILY]

KILLEN — The past 68 days haven’t been the easiest for Jason Stricklin.

Since then, "Strick" — as he is known to students and teachers at the school — has been on leave, but he was asked to return to the campus Tuesday morning for a surprise.

Many of the students and faculty at the school donned a pink T-shirt that day in support of "Strick" and Tosha. They had one especially for him as well.

“It means a lot, the support that you show me,” he told the students and teachers.

The shirts were made in connection with an annual T-shirt fundraiser of the Health Occupations Students of America (HOSA). While the shirt is normally dedicated to breast cancer awareness, the focus was expanded this year to address other common cancers.

“We’ve probably been doing this at least 10 to 12 years,” said Lawanda Corum, another health science teacher at Allen Thornton. “This is the first year that we kind of changed the theme because you hear a lot of attention about it (breast cancer), but there’s a whole lot more types of cancer that people are affected by, too. The students came up with that idea, which I thought was neat.”

HOSA President Halley Miller shed a few tears as "Strick" thanked them for the gesture. She said club members went through a few potential designs for this year’s shirt, but they knew they wanted to honor the Stricklins.

“Whenever they brought up putting 'Strick' in, we’re like, ‘Yes, of course —always,’” she recalled.

The word “together” stretches across the back of the T-shirt above a ribbon shaped by the names of various cancers. Below, students put “#4Strick&Tosha.”

“As far as the support from the students, it means a lot to me to see how much they care, and how much they’re willing to help out,” Stricklin said.

He said he has felt that support since his wife was diagnosed three years ago.

“We usually donate money to the American Cancer Society, but this year we’re just going to donate it to a family that was affected by it,” Corum said.