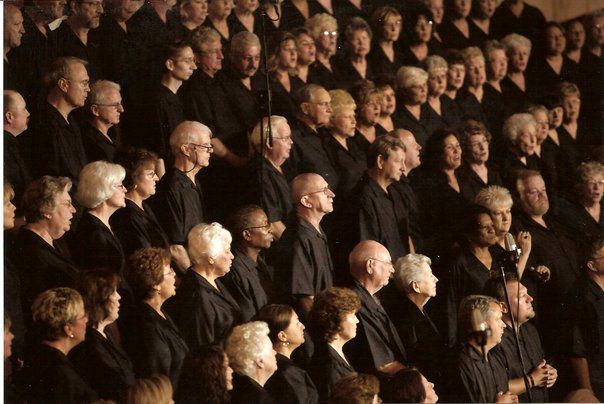 WHAT: Shoals Praise and Worship Choir’s “The Next 20 Years of Worship”

If possible, bring a non-perishable food item or canned good to donate to the Woodmont Baptist Food Pantry.

FLORENCE — They may come from different backgrounds, but the many members of the Shoals Praise and Worship Choir are committed to one purpose: ministering to others through music.

It’s been 20 years since the choir first formed, and now they’re looking to mark the next chapter of that journey with a special service embodying their past, present and future.

Former members and guest soloists from years past will join the 2019 choir Friday night to perform favorite songs from the past two decades.

The choir’s ministry not only expands outward, but it’s directed inward as well, according to Director David Russell.

“The choir is a ministry to the community, and it’s also a ministry to our members because so many churches these days are doing away with their choirs and moving to a different format,” he said. “The choir members are losing their opportunity for lay ministry in their own churches, and this choir fills a need for them to participate.”

The choir is composed of about 75 members, though there is room for about 200. Members have spanned from Mississippi and Tennessee to Albany, Georgia.

Russell said the choir is diverse in age, race, culture, experience and denominations. Though they may be different, there's a strong sense of camaraderie between members.

“When we get together on Tuesday nights, we encourage one another and pray for one another, and just lift one another up,” Russell added. “It’s almost like a little church service that we have before rehearsals, and I think that’s why it means so much to our members.”

This rings true for Amber Martens and her sons Whit, 15, and Isaac, 13.

Amber and Whit first joined about four years ago. Since their church doesn’t have a choir, they said they were looking for a way to learn musical parts and harmonies in a Christian setting where they could bond with other members.

For them, the choir has been more than a good, clean way to have fun together; it’s a way for them to connect with others and spread the love of Christ.

“I really do enjoy the camaraderie of just singing with other people and learning new songs,” Amber said. “It’s an outreach, too, where you feel like you’re blessing other people. We pray that we are. We’re using the gifts that God has given to bless other people.”

Russell said the choir has partnered to support several charitable organizations over the years, including Food Bank of North Alabama, Habitat for Humanity and Easter Seals of Northwest Alabama.

It has also funded scholarships for the University of North Alabama.

At Friday’s performance, the choir will be supporting the Woodmont Baptist Food Pantry.

Amber said she also enjoys singing at nursing homes around Christmas. She noticed the rest of her family pick up on the songs when they practiced at home. Now, the Martens family visits assisted living facilities in Muscle Shoals about twice a month to sing to residents on their own.

For Whit, who enjoys playing instruments and composing his own music, the choir has helped him expand his musical horizons.

Both Amber and Whit said they are looking forward to Friday’s performance.

“We have a lot of returning older members that were soloists and very talented,” Whit said. “It’s nice to have them back and singing their songs again.”