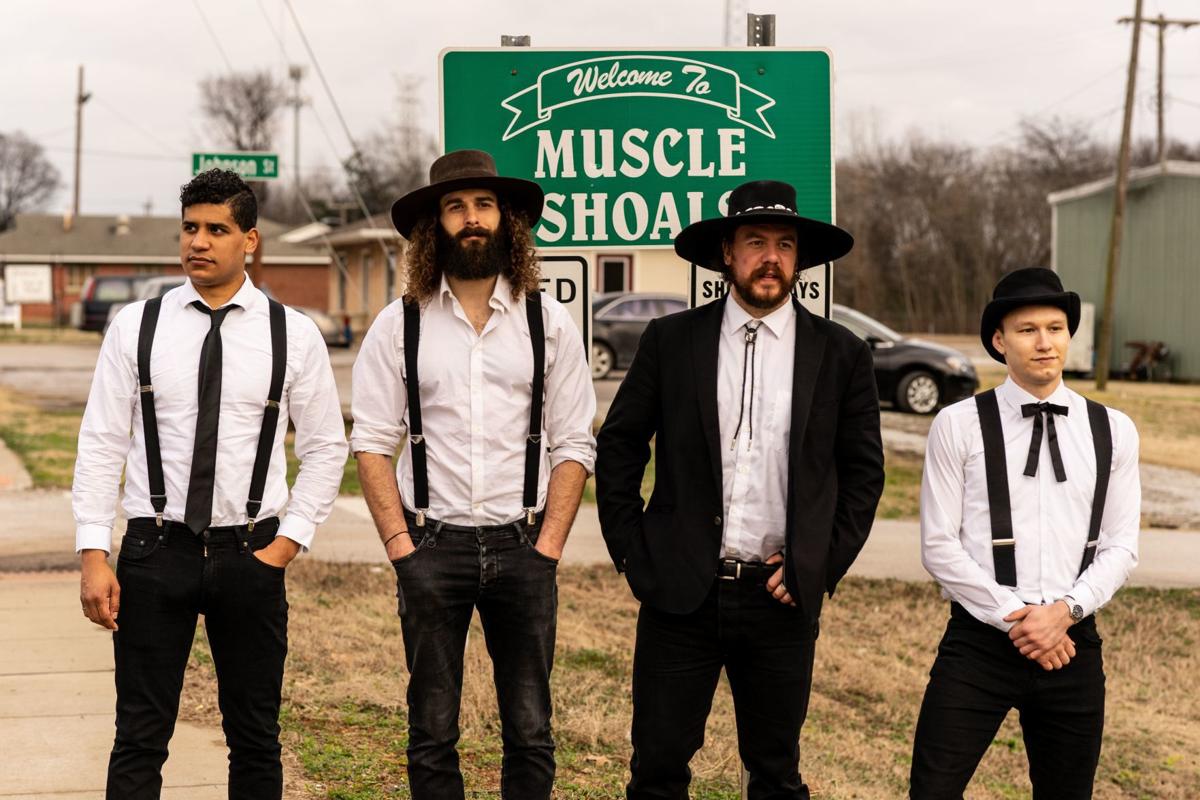 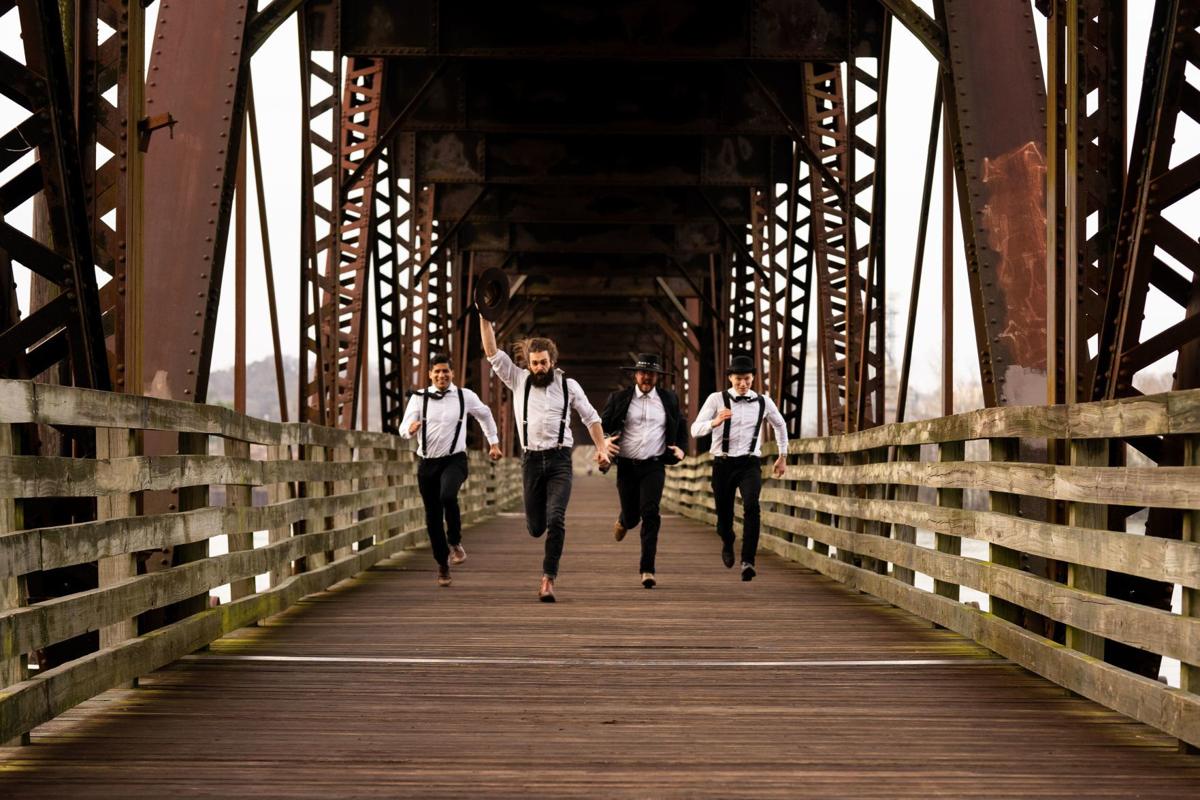 The Dead South include (from left) Danny Kenyon, Scott Pringle, Nate Hilts and Colton Crawford visit the old railroad bridge in Sheffield during a break from recording at The NuttHouse Recording Studio in January. [COURTESY PHOTO]

The Dead South include (from left) Danny Kenyon, Scott Pringle, Nate Hilts and Colton Crawford visit the old railroad bridge in Sheffield during a break from recording at The NuttHouse Recording Studio in January. [COURTESY PHOTO]

SHEFFIELD — Members of the Dead South could have recorded their third album at home in Canada, but the sessions would have lacked the solitude and inspiration they enjoyed while secluding themselves in an Airbnb near the NuttHouse Recording Studio.

The folk/bluegrass quartet was considering locations to record their next album and ended up in the Shoals for about two weeks in January after a suggestion was made by their manager, Chris Wynters.

"He mentioned the Muscle Shoals area and it sounded pretty cool to us because of the documentary," banjoist Colton Crawford said. "It's the first time we've recorded away from our hometown."

Hometown would be Regina, the capital city of the Canadian province of Saskatchewan. The documentary was "Muscle Shoals."

"We've definitely been in the Southern U.S., but not Alabama," guitarist/vocalist Nate Hilts said. "It definitely piqued our interest when the name was tossed out."

"Sugar & Joy" is being released Friday on Six Shooter Records.

Crawford said the band visited the NuttHouse in September 2018 to get a feel for the studio and working with it's owner, Jimmy Nutt.

"Jimmy made us feel right at home," he said.

So they made arrangements to return for a full session in January.

"It was such a good decision," Hilts said. "To record somewhere like Muscle Shoals was a pretty magical experience."

Nutt said he set the band up in a house on Montgomery Avenue owned by Jeff and Tammy King of The Steeldrivers, another band Nutt has worked with. The house is within walking distance of the recording studio.

So the band locked themselves away in the house, worked on unfinished songs, jammed and did nothing but concentrate on finishing the album.

"We definitely drew a lot of inspiration from the area and the fact we were able to focus without any distractions," Hilts said.

Vocalist/cellist Danny Kenyon said he is extremely happy with the finished product and agreed that being able to focus on nothing but the album made a huge difference.

"We wrote the Alabama (People) song in the Airbnb and worked on 80 percent of the album down there," Kenyon said. "We worked on the music every night there. We were jamming every single night."

Scott Pringle, who sings and plays mandolin, said the whole album has a much bigger and broader scope than a traditional bluegrass album. Some of the songs were heavily influenced by traditional blues, like "Blue Trash" while others like "Black Lung" and "Alabama People" go in an entirely different directions, Pringle said.

"I think Jimmy Nutt did a wonderful job capturing the sound we were going for," Pringle said. "We weren't keeping his hands tied to traditional bluegrass standards. We allowed him some room to play with delays and reverbs."

Nutt agreed that the Dead South is not a bluegrass band in the traditional sense. He described their sound as American roots music with a little bit of an edge.

"It certainly isn't just a bluegrass album, despite drawing from bluegrass influences," Pringle said. "We never considered ourselves a bluegrass band."

The band said they're very happy with the way the album turned out.

"The cohesiveness that Jimmy put in after his mixing added so much more to it," Kenyon said.

Nutt served as producer and also mixed the album. Cody Simmons served as engineer on the project. The band and members of Six Shooter Records reacted positively while they listened to the rough mix of "Sugar & Joy" in the NuttHouse control room in January.

"The one thing that was really impressive to me was how much they encouraged each other," Nutt said. "It was a team mentality."

Crawford said the band agrees that they're the most proud of this album than its two predecessors.

"We really hit our stride with this one," he said. "The first couple of albums, you figure out who you are as a band, writing your first batch of songs. We really feel like we've fallen into our own."

The band will be touring Canada later this month, then two tours of the U.S., then it's on to the United Kingdom and western Europe.