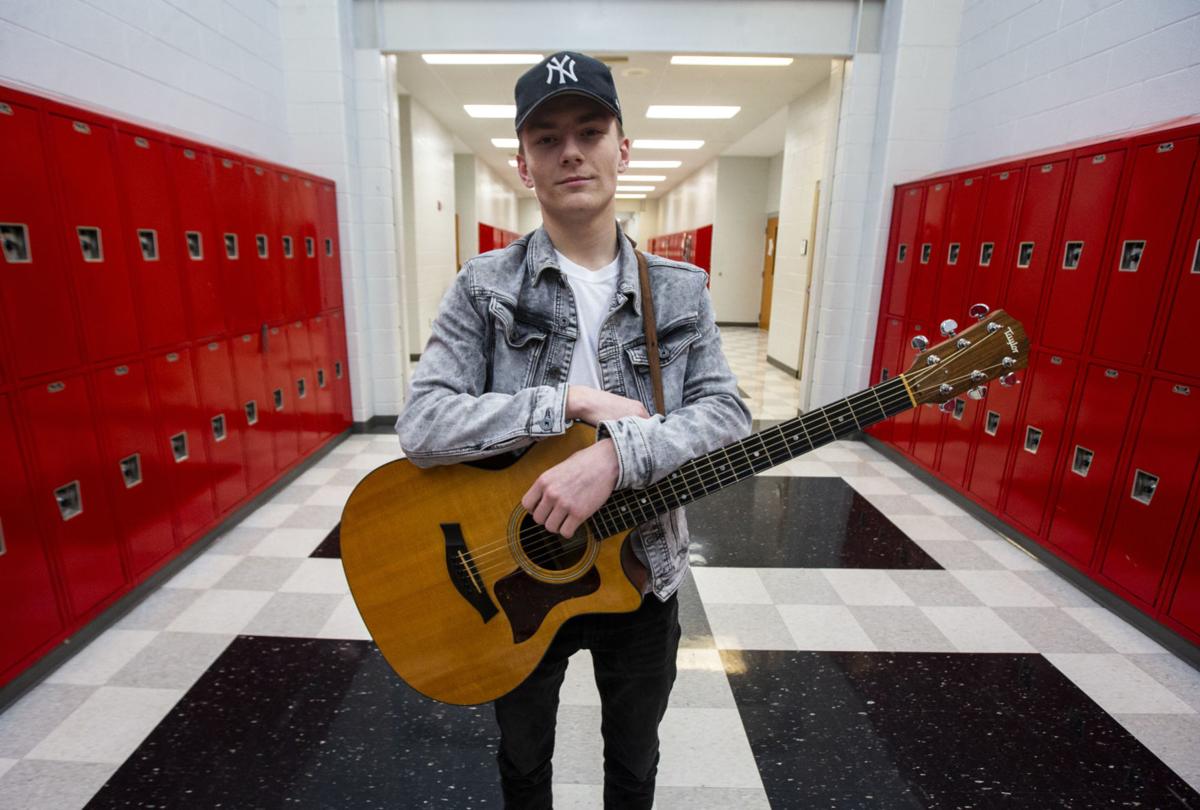 Singer/song writer Conner Simmons poses for a picture at Muscle High School where he is a sophomore. [MATT MCKEAN/TIMESDAILY] 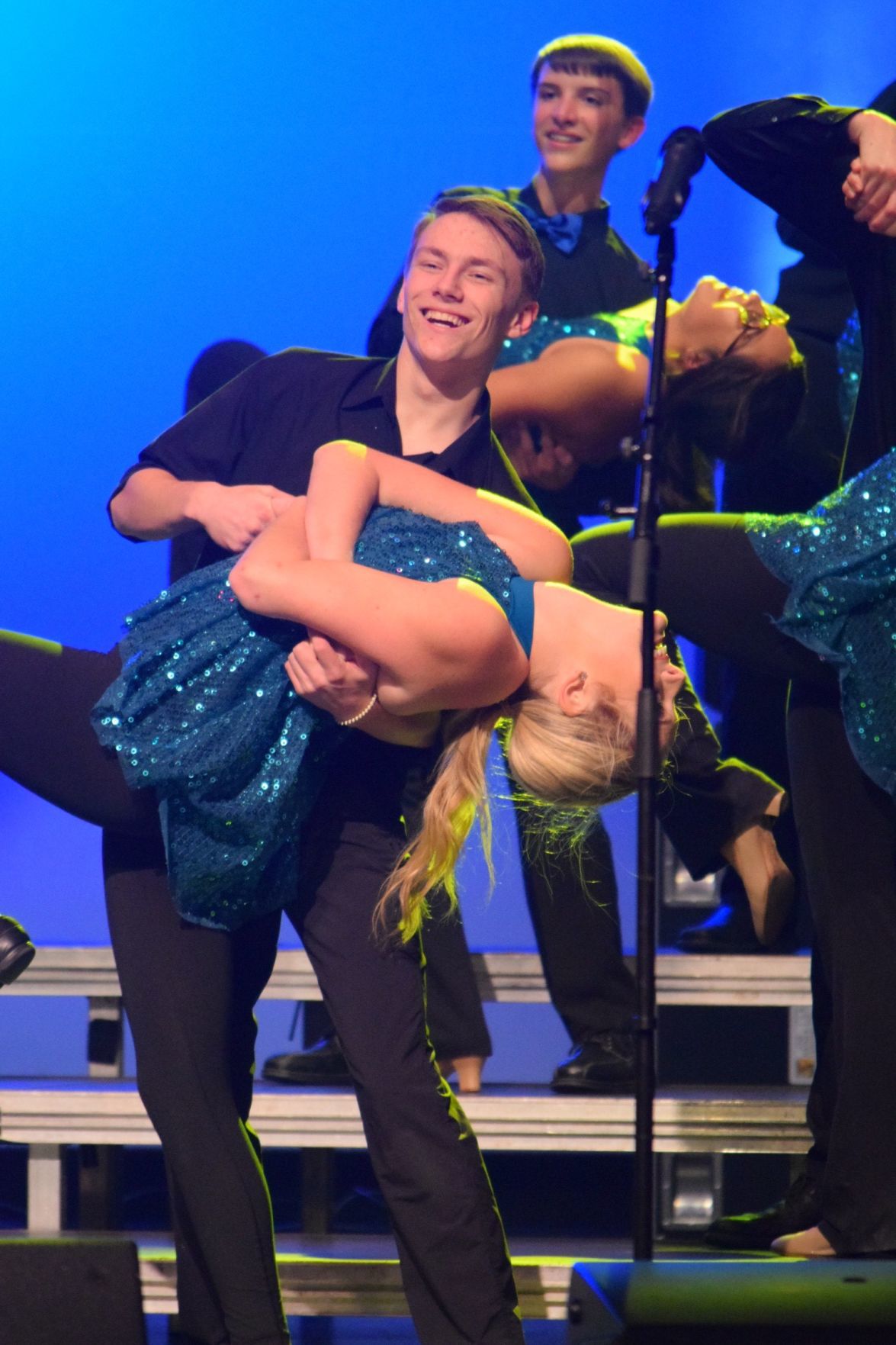 Conner Simmons has been a show choir member since fourth grade. [COURTESY PHOTO] 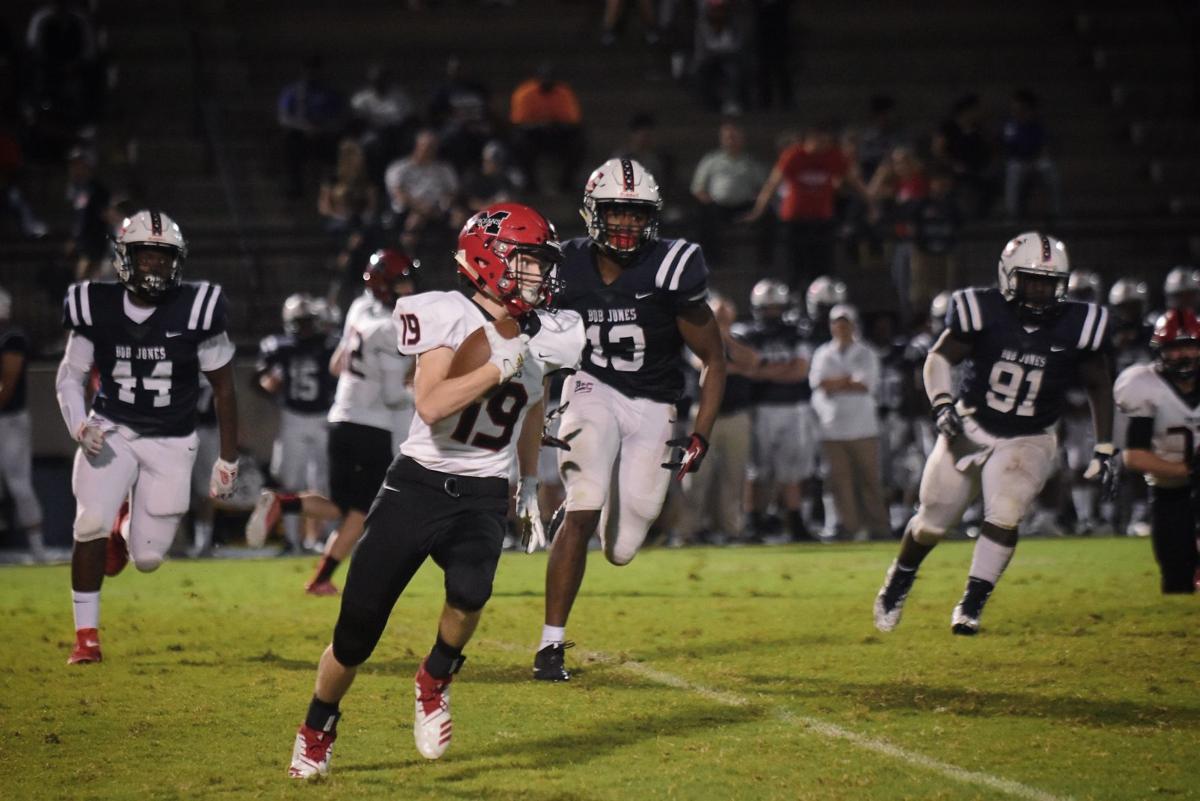 With a stellar Trojan football season just behind him, Conner Simmons said his abilities on the gridiron come naturally as he's following a long line of athletic men in his family who excelled in the sport. [COURTESY PHOTO]

Singer/song writer Conner Simmons poses for a picture at Muscle High School where he is a sophomore. [MATT MCKEAN/TIMESDAILY]

Conner Simmons has been a show choir member since fourth grade. [COURTESY PHOTO]

With a stellar Trojan football season just behind him, Conner Simmons said his abilities on the gridiron come naturally as he's following a long line of athletic men in his family who excelled in the sport. [COURTESY PHOTO]

MUSCLE SHOALS — So, just who is Conner Simmons?

By his own definition, the Muscle Shoals High School 10th-grader is a determined, big-dreaming guy who's a bit of a perfectionist.

More specifically, he's your typical teen – if typical means being a talented athlete, a multifaceted artist who writes, mixes, produces and performs his own music, and an academically-driven student in the classroom.

Earlier this year, the 16-year-old released his first EP, "Enough."  From that came his first single release, "One Day," his favorite song to date.

It's a pop song, hitting the genre he loves most as influenced by the likes of his favorite artists, Ed Sheeran, Justin Bieber and John Mayer, to name a few.

"I really just flipped the switch this year and decided I could go places with my music," he said. "This was my first serious song that I'm really invested in. I set a goal to hit 1,000 streams in a week and I hit that the first night. This song has been accepted much better than I thought."

Not one to embrace down time, Simmons said the busier the better. But he strives to give his all to everything he takes on.

"It's been a conversation in my family with my parents not wanting me to overextend myself but I love it all – I love the sports, performing with the show choir, working hard to keep good grades and especially making music. So, I just somehow manage. I can't imagine giving up anything that I do."

With a stellar Trojan football season just behind him, Simmons said his abilities on the gridiron come naturally as he's following a long line of athletic men in his family who excelled in the sport.

This season he acquired his own accolades as a sure-handed wide receiver, though he doesn't keep up with stats and such. He had a touchdown and "a few receptions" and is hoping to earn a starting position next year, as he's more than willing to put in the work to achieve that goal.

And while football is his most enjoyable sport, he says music is his passion, so much so that he's created his own home recording studio with the quality of his equipment getting better all the time.

Simmons plays both acoustic and bass guitar as well as piano and drums. In short, he's a one man show, which is fine with him for now.

"I guess it makes me, as a brand, a little more personal and unique," he said, admitting that he has a lot to learn about the marketing and business end of the music industry.

He's working with the creative team at Faith Church on branding and marketing, he said, heeding every word of advice he can get.

"I just know how to make music and put it out and they're helping me with the business aspect," he said.

Back on the school front, he's looking forward to playing the lead role as Troy in this year's Muscle Shoals High School spring production of "High School Musical."  But he isn't going it alone. He brought in some of his football buddies to play the roles of some other athletes in the musical.

Simmons has been a show choir member since fourth grade – hands down some of his best times and memories, he said.

"High school is cliquish but the choral program is so diverse and just sort of pulls in everyone," he said, adding that his first-timer football teammates are even looking forward to the show. "I have friend groups from all different programs and that's really cool."

As for his expectations and aspirations, Simmons said he just wants to have fun while he's in high school, learn all he can, but look to the future. He knows he could have some tough choices one day, maybe sooner rather than later.

"In the whole grand scheme of things, I just want to do what I love and stay afloat. I'd love to tour, make music and be able to pay my bills," he said. "Sure, I'd love to be a superstar, but if not, that's fine too."

While he's working towards those goals, he also values education and said there's a definite plan for continuing with college.

He hopes to attend Belmont University, a private Christian liberal arts school in Nashville, where he'll pursue a music-related degree.

"I figure that's a great college for music and it's certainly in a great city for it," he said, adding that he has to have the grades to get in.

Not a problem. The straight-A student has the discipline for it, so much so that he's only recently allowed himself a bit of a breather. He says he won't beat himself up over a "B" but, "I still don't like them."

And he has a goal of at least a 30 on the ACT – early predictors and testing show he's on the right path there, too.

His educator dad, Jason, is a principal at Webster Elementary in the Muscle Shoals school system and jokes that his son's schedule is enough to make him dizzy.

"He wants to do it all and so far, he's been able to," Jason Simmons said. "I have a lot of admiration for him. He has goals and strives to reach them. As a parent, you can't ask for much more than that.'

Check out musical artist Conner Simmons on YouTube with his new single, "One Day"

I'm more of a fan of 'older music', but really liked the tunes produced by Connor Simmons (and he's only a high school student?).. Being a dedicated fan of 'The Voice' makes me believe he could really spread his reputation by appearing on the Voice (and very likely WIN)... Good Luck Connor! I'm an old guy that likes your 'new music'... :)