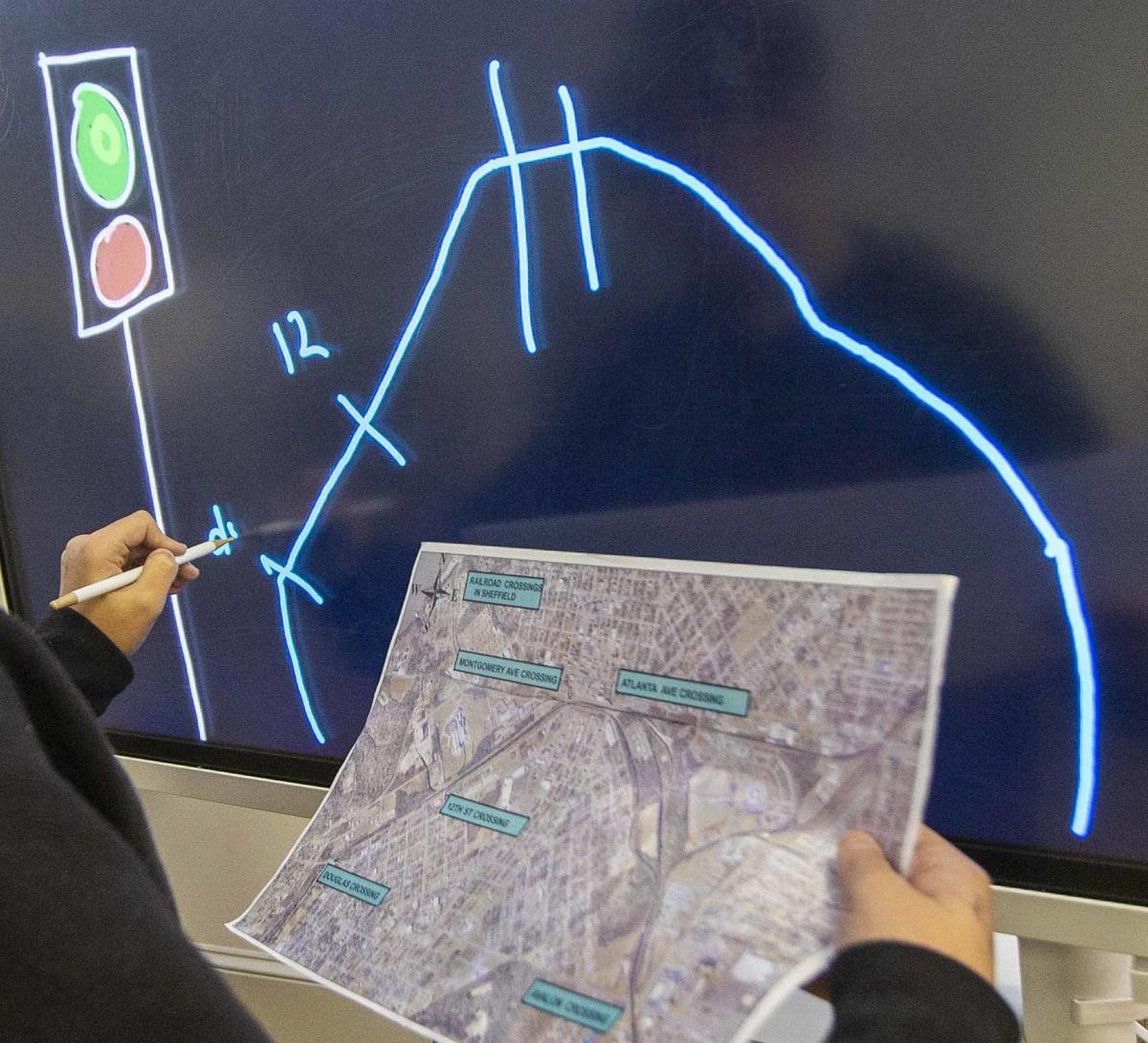 Sheffield High School engineering students are developing a mobile app that will signal device users when railroad crossing arms are down in the downtown Sheffield area. [MATT MCKEAN/TIMESDAILY] 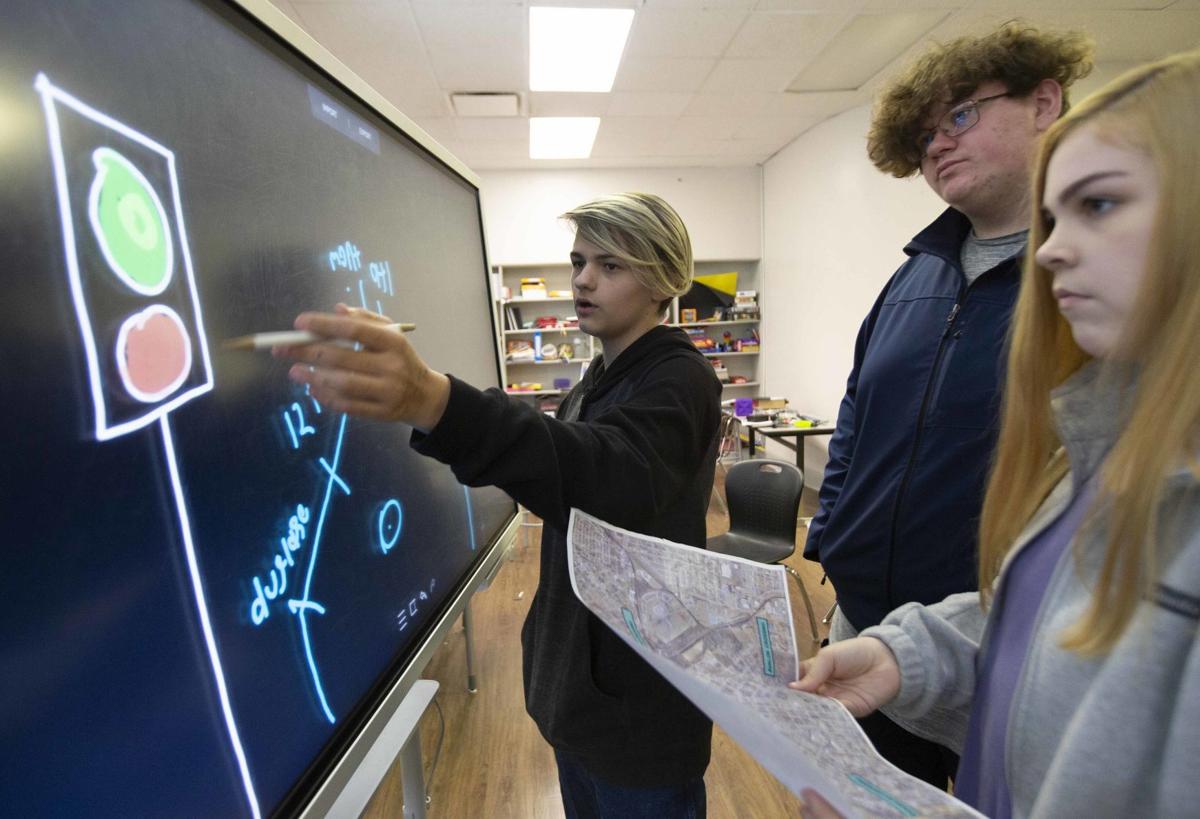 Sheffield High School engineering students are developing a mobile app that will signal device users when railroad crossing arms are down in the downtown Sheffield area. [MATT MCKEAN/TIMESDAILY]

Sheffield High School's Intro to Engineering class has been named a state winner in the Samsung National STEM Competition with Florence High School also making the short list this year.

It's a challenge that teachers and students at both Shoals schools took to heart.

The Sheffield team is tackling the city's frustrating train delays at railroad crossings, and Florence students are working to helping control the Asian Carp population in the Tennessee River.

The other Alabama winner was Northridge Middle School in Tuscaloosa.

Nationwide, there were 100 total winners.

Students will use their video kits to create and submit a three-minute video showcasing their project development and how it addresses the issue.

The deadline for submission is Feb. 20. A national winner will be selected later this spring.

Last year, Sheffield High School was Alabama's only state winner. The team did not win the national contest.

This year's project, according to teacher Jamie Smith, has the potential to help the community for years to come.

Her team of students is developing a mobile app that will signal device users when railroad crossing arms are down.

Smith said coordination with railroad officials is a big part of the project, which is providing additional real-life experience to her students.

The group is also in the process of creating lighted signs that cue motorists when to take alternative routes due to trains being stopped in strategic locations.

Tenth-grader Evan McCann said the project would benefit emergency service providers, who are hurriedly trying to reach their destinations, such as Helen Keller Hospital. He said it will also be valuable for general workday business traffic.

"We had lots of ideas but thought this one would certainly help the greatest number of people," McCann said. "We're adding to our skills sets for sure because we're developing coding and technology that we haven't ever worked on before, and having to get permission from officials. It's quite a process, but we're moving forward toward that February deadline with our prototype and statistics."

The Florence Introduction to Engineering Design class, headed by teacher David Bailey, is trying to come up with a method of capturing the invasive Asian Carp in the Tennessee River.

"We hope to project a sound frequency into the water and make them jump out of the water so we can catch them with netting attached to boats," Bailey said.

"The students are just getting started on the building of our prototype, but I'm confident we can get it done."

Nationally, the videos will be narrowed to the top 20 national finalists. Those winning schools will be awarded additional prize money in technology and classroom materials.

Five grand-prize national winners will be selected to receive a total of $100,000 in technology and classroom materials, and travel to Washington, D.C., where they'll present their projects to members of Congress.