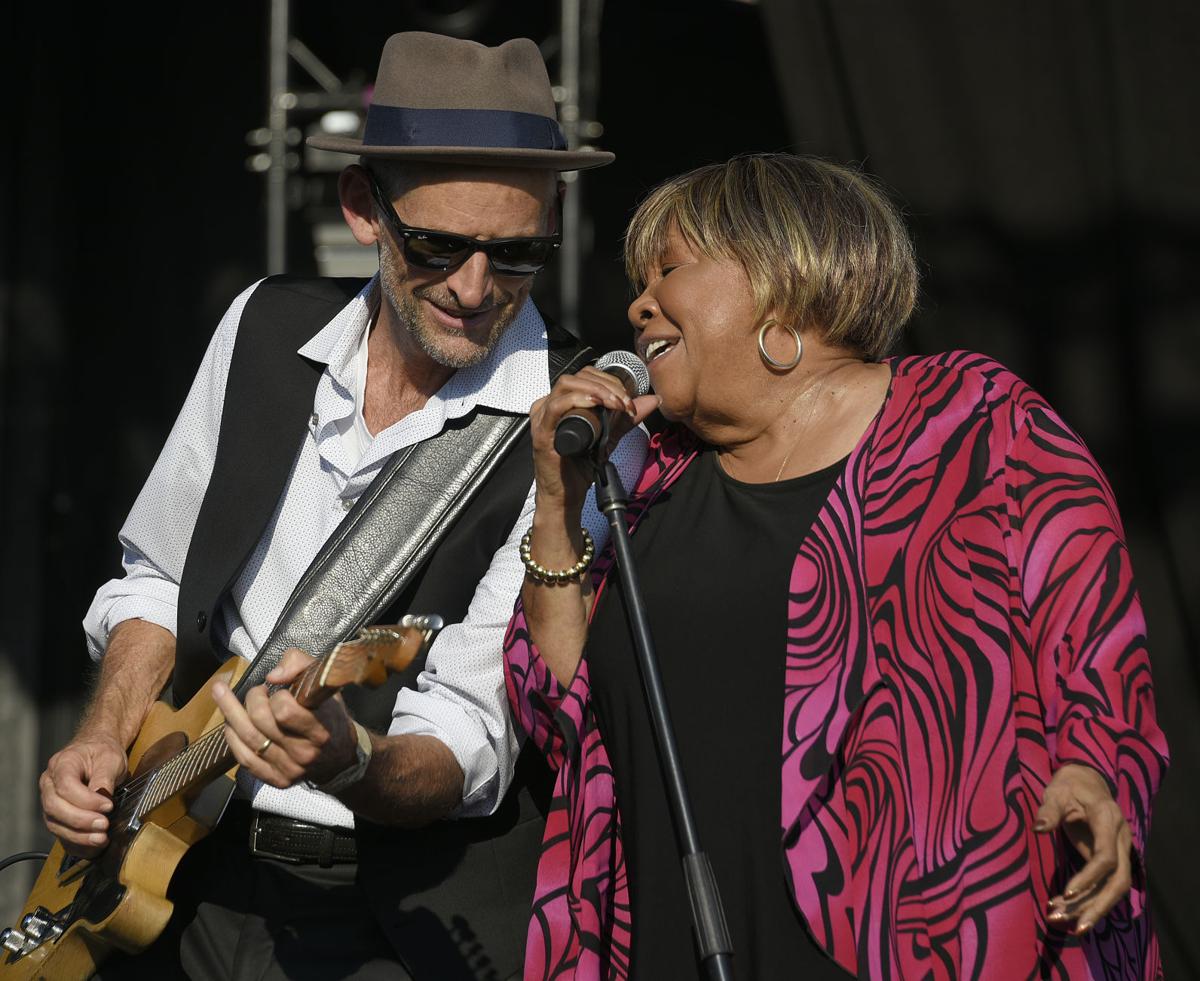 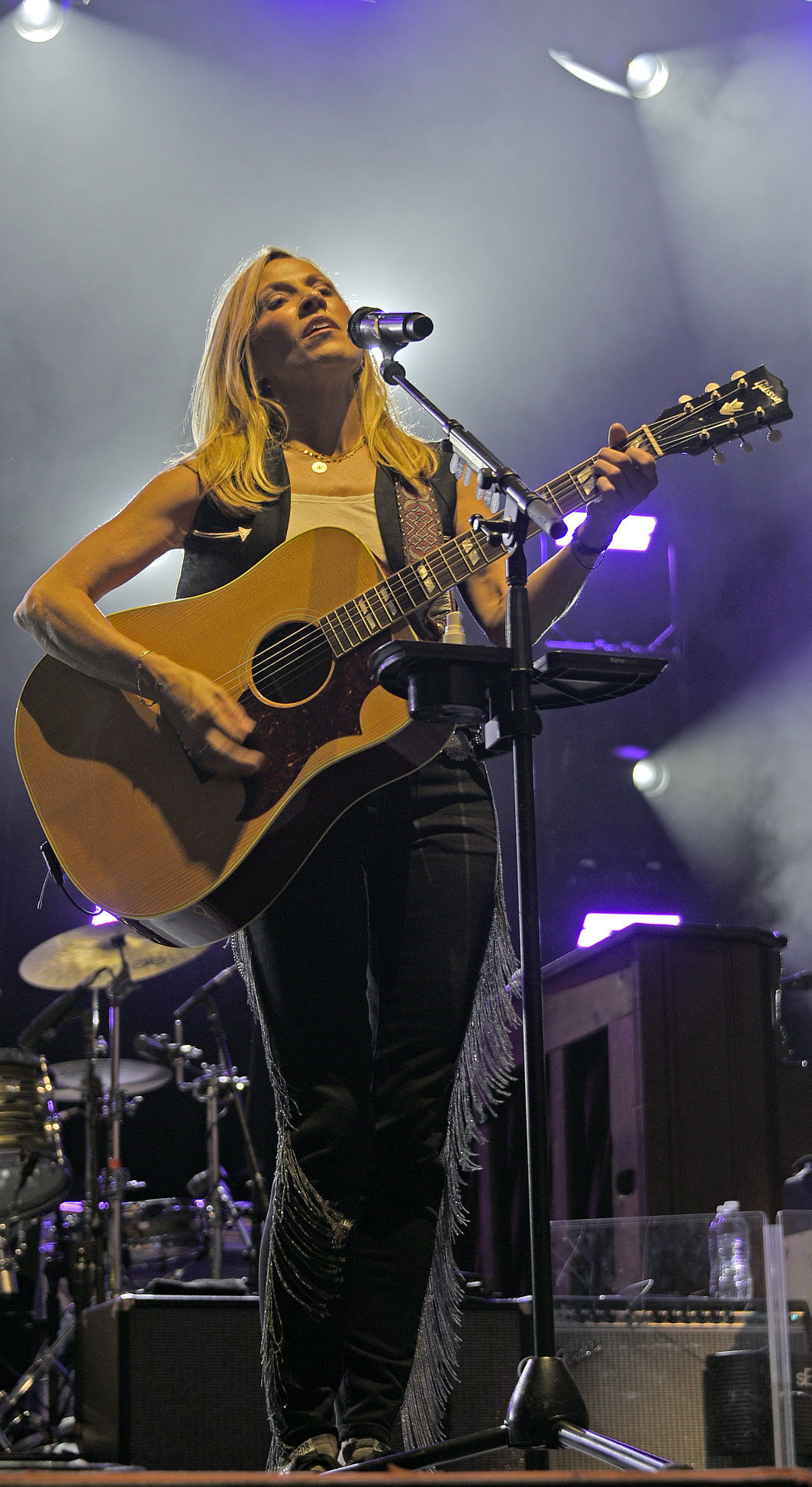 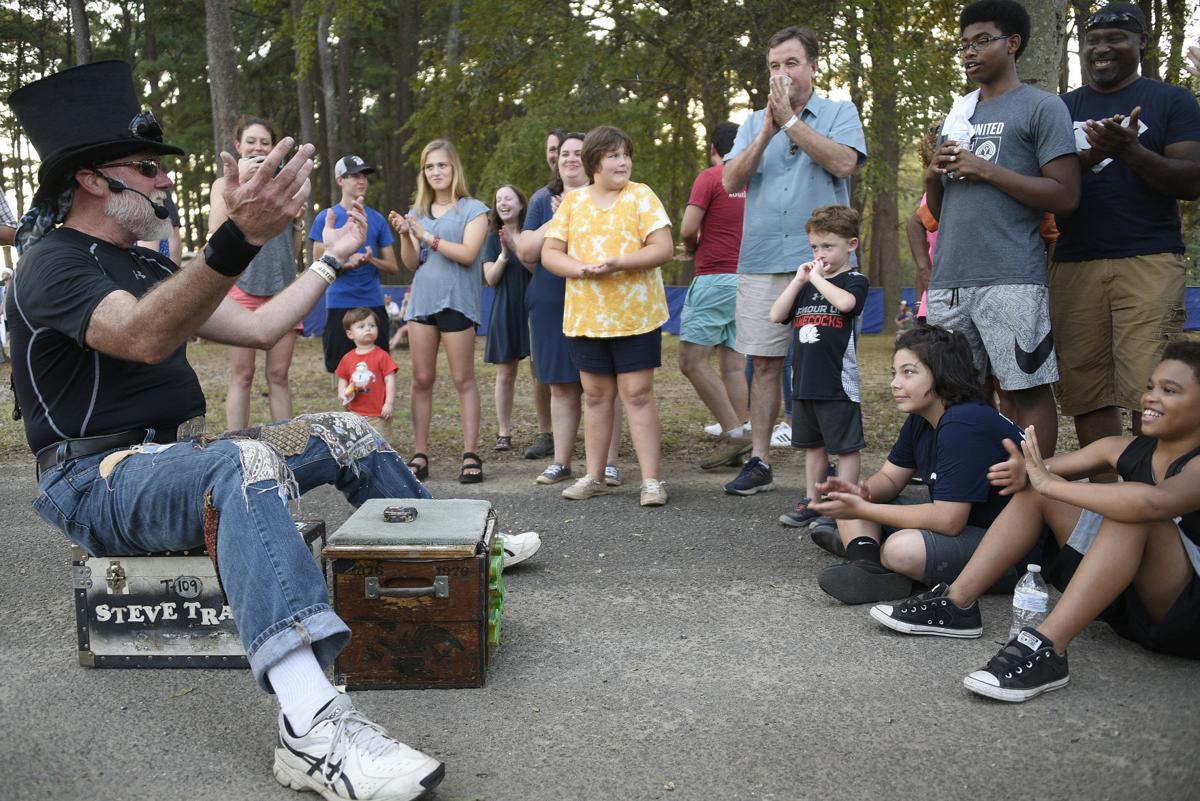 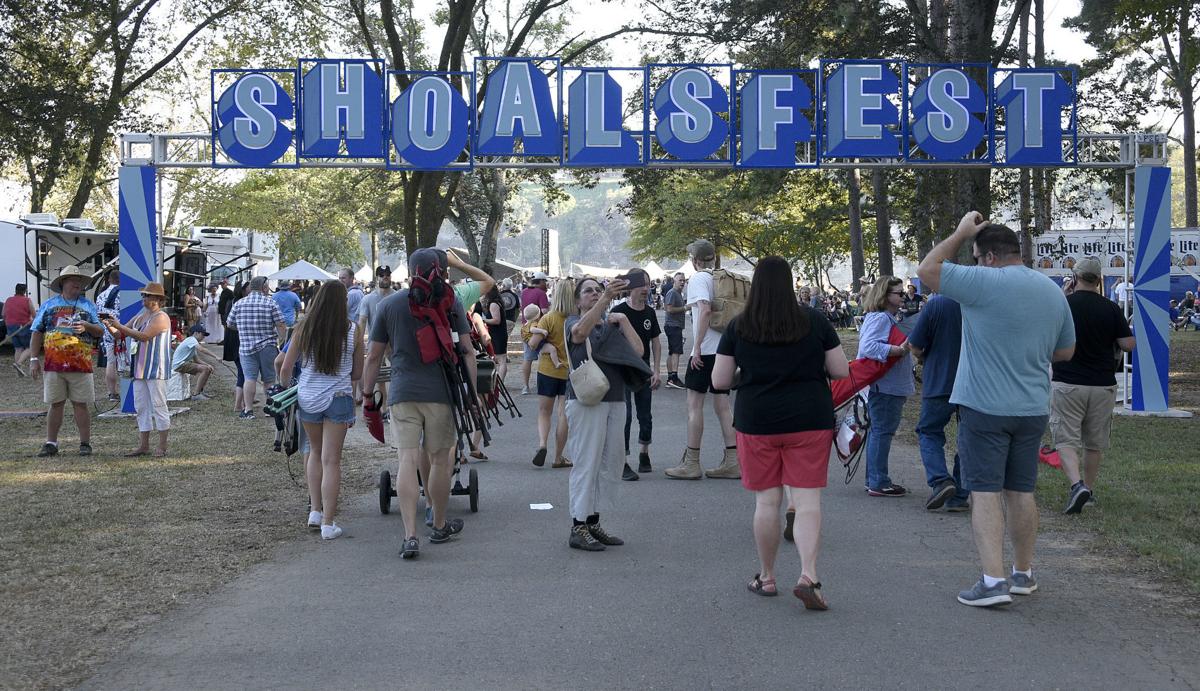 The crowd filters in at Shoals Fest in McFarland Park in Florence. [PATRICK HOOD/TIMESDAILY] 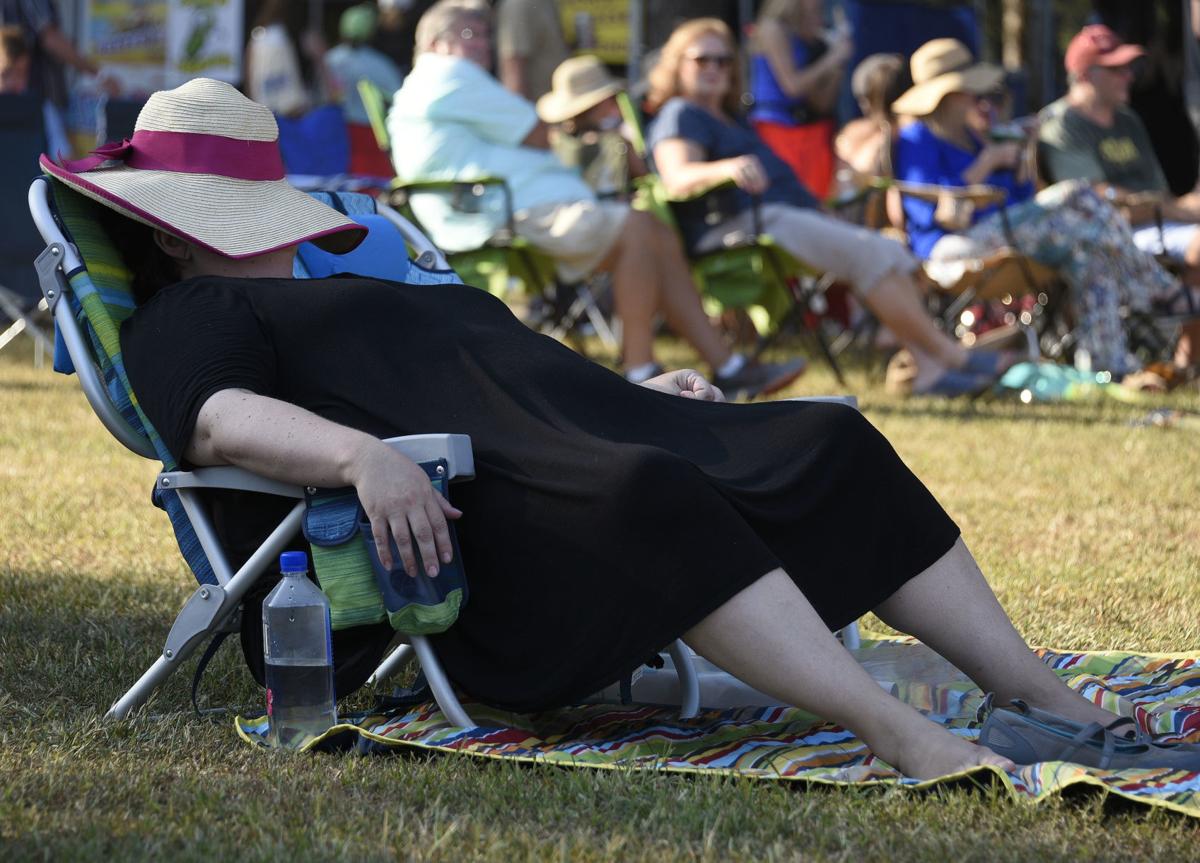 The heat was just too much for some fans at Shoals Fest in McFarland Park in Florence. [PATRICK HOOD/TIMESDAILY] 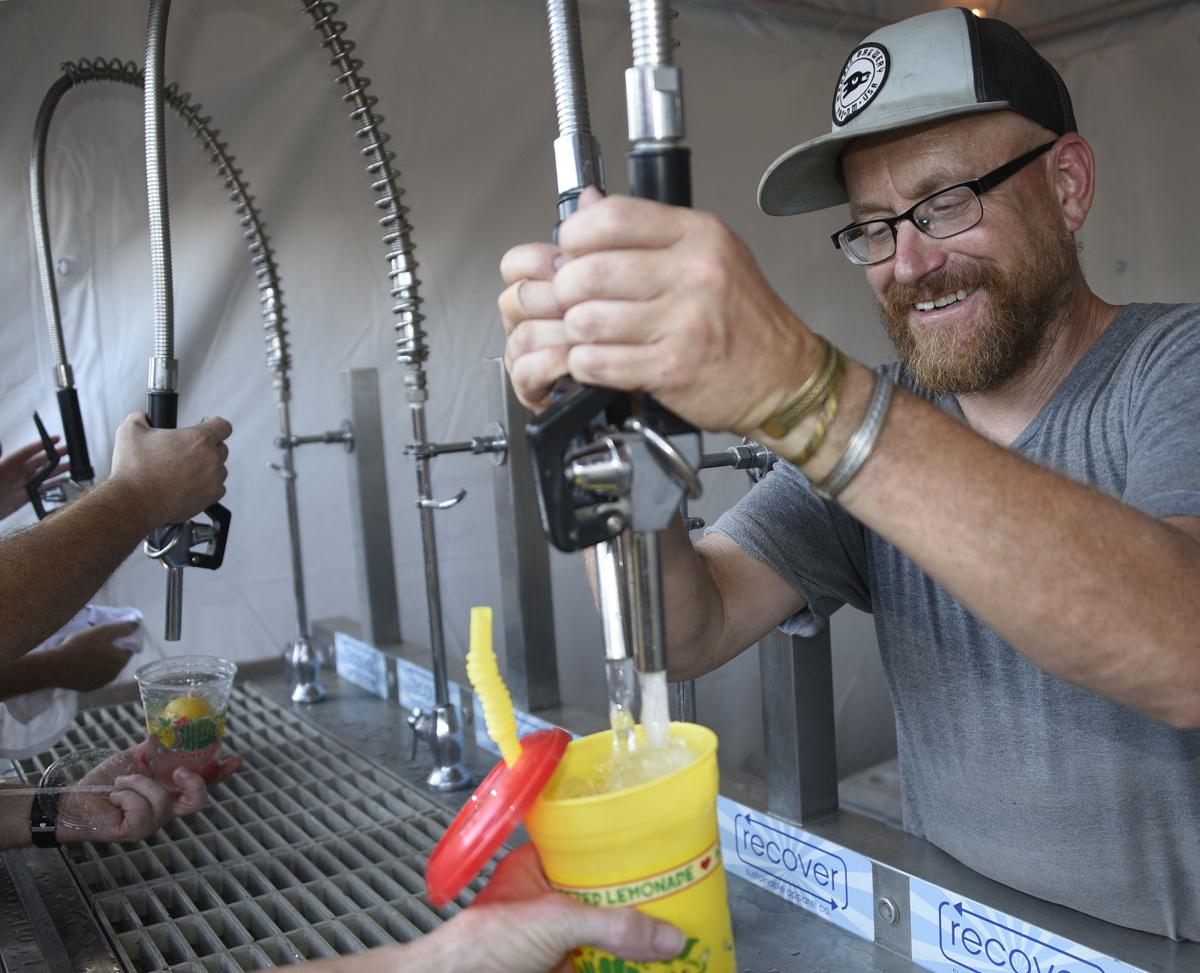 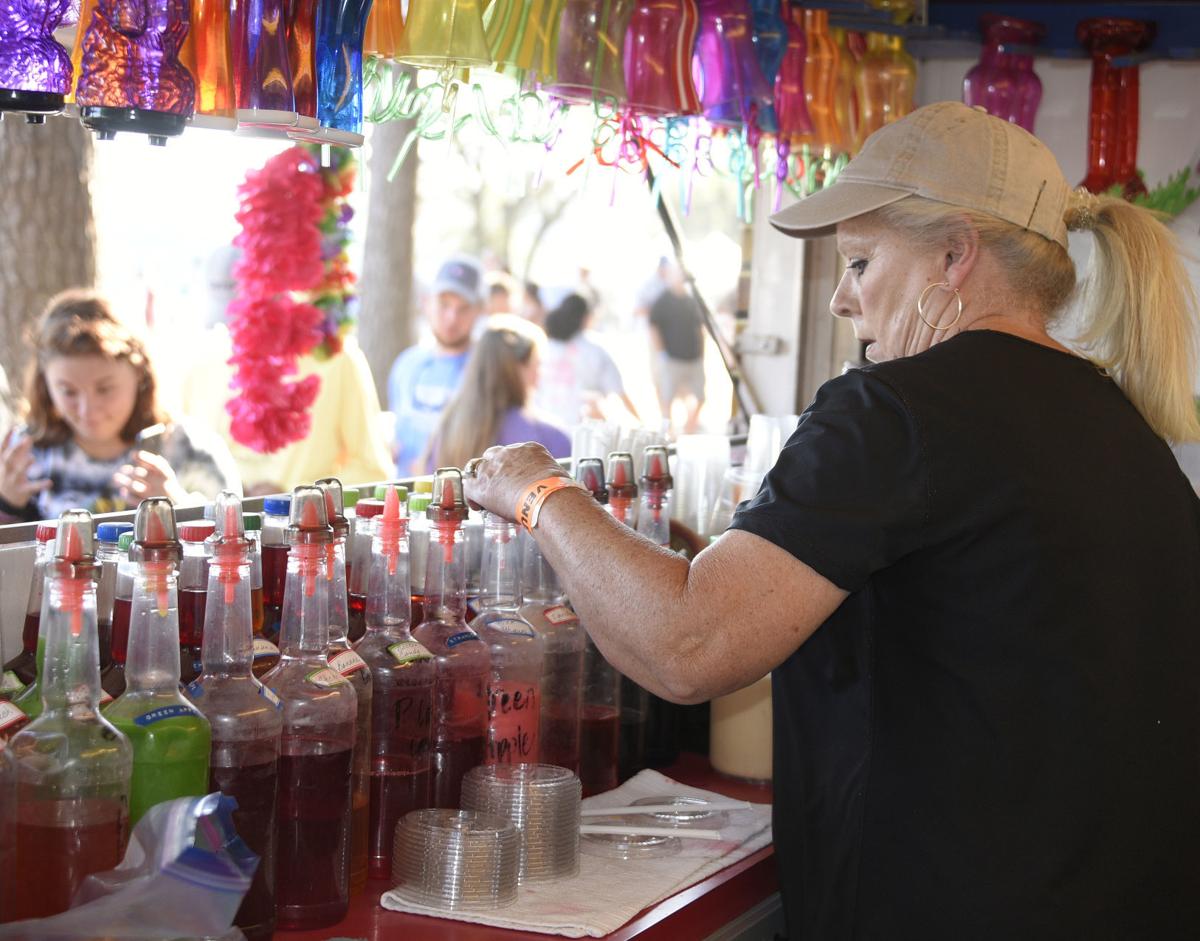 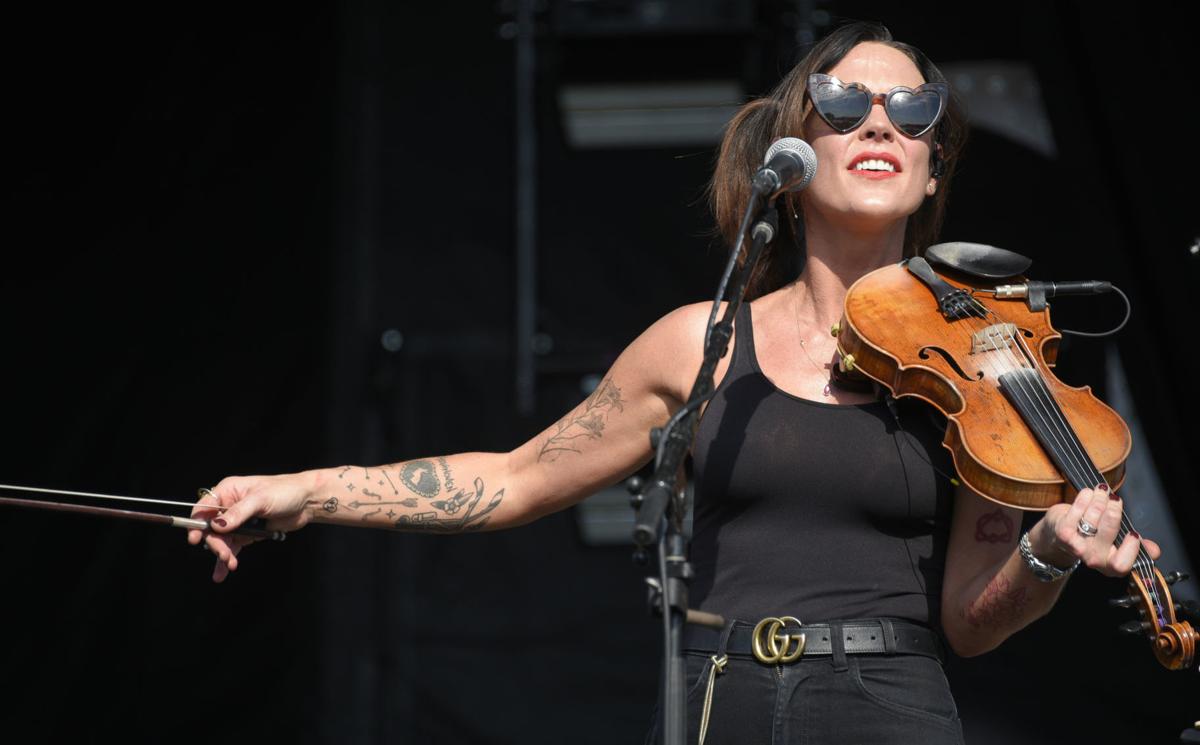 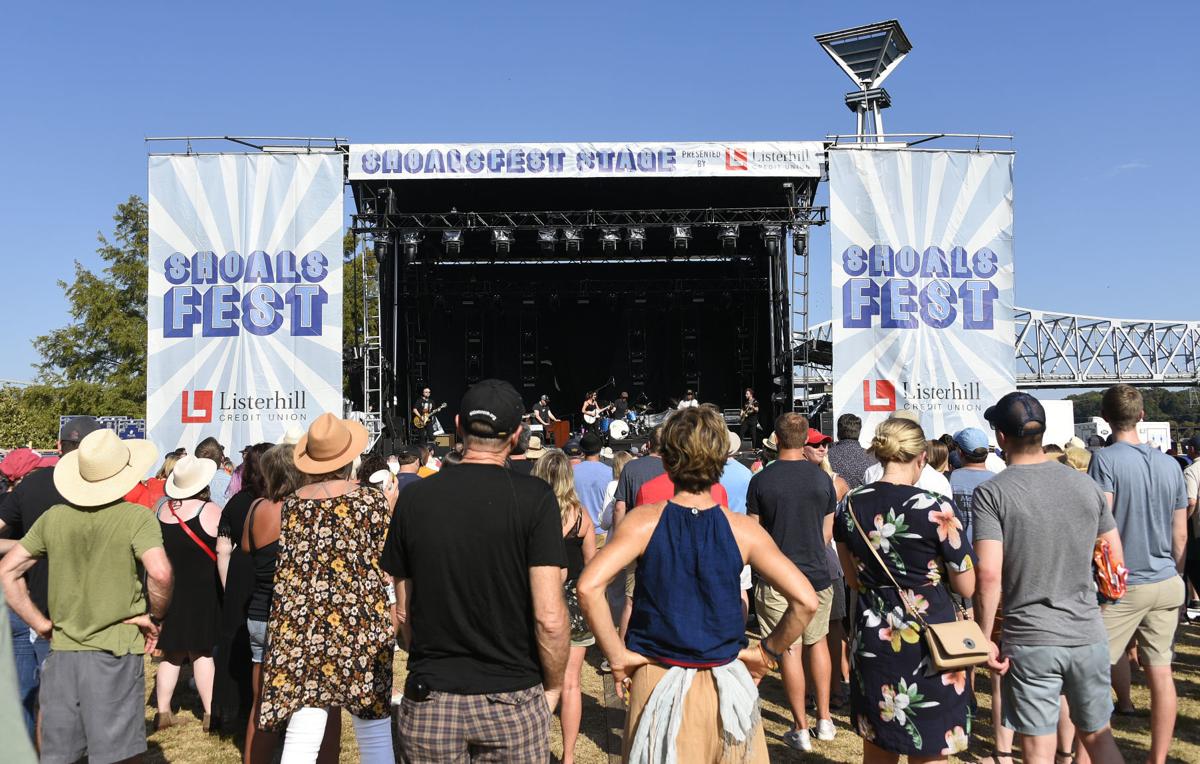 The crowd braves the heat to enjoy muscial performances at Shoals Fest in McFarland Park in Florence. [PATRICK HOOD/TIMESDAILY]

The crowd filters in at Shoals Fest in McFarland Park in Florence. [PATRICK HOOD/TIMESDAILY]

The heat was just too much for some fans at Shoals Fest in McFarland Park in Florence. [PATRICK HOOD/TIMESDAILY]

The crowd braves the heat to enjoy muscial performances at Shoals Fest in McFarland Park in Florence. [PATRICK HOOD/TIMESDAILY]

FLORENCE — Like the siren call of the Singing River, music fans were drawn to ShoalsFest by the area's rich, musical history, and the music of artists like Jason Isbell, Amanda Shires, Mavis Staples and Sheryl Crow.

Doors for the inaugural festival curated by Isbell, a Greenhill native, opened at 1 p.m. and fans started seeking whatever shade they could find. The Rogers High School Marching Band opened the festival and marched around the grounds playing marching band versions of Isbell songs.

By 3 p.m. the grounds started to fill up as Shires began her set.

Mark Maphis of Ashland, Virginia, said he came down with four friends, and his son, Marcus, drove down from Nashville, Tennessee, to join the party.

Maphis said he's familiar with the music that came out of the area, and he has seen the Muscle Shoals documentary that has brought so many visitors to the area.

"I've never made the pilgrimage," Maphis said. "This is Muscle Shoals. All I had to do was hear 'Mavis Staples' and we're there."

Maphis said they came in early and attended the Donnie Fritts memorial concert on Thursday at the University of North Alabama's Flowers Hall Thursday, and the Jason Isbell and Friends show Friday at the Shoals Theatre.

He thanked Shoals music historian George Lair for showing him around and introducing him to several artists after the Donnie Fritts memorial concert.

"We had a great tour guide," he said. "Everybody here has been warm and great."

His son said he was looking forward to Isbell's closing set.

"He always brings a lot of good people with him," Marcus Maphis said.

While much of the festival grounds was in the sun, fans found shady spots to set up their chairs. Sometimes shade was more important than a clear line of site to the stage.

Johnny Hare of Nashville said he recently saw Isbell, Shires and Crow at the Ryman Auditorium and decided to drive down for the festival.

He was especially taken by the festival's location along the Tennessee River in the shadow of O'Neal Bridge, which offered plenty of photo opportunities.

"I think it's incredible," Hare said, wearing a shirt bearing the nickname of the late Duane Allman, "Skydog."

Ranelle Marchitto drove in from Hartselle to see Isbell and Mavis Staples.

Dennis Parker and his wife, Terri, were trying to cool off in a sliver of shade by the soundboard. Parker is in the production end of the entertainment business and normally is working a music festival.

"It seems very organized," Parker said. "We had no problem getting in."

"It looks well planned, even better than we expected," Terri Parker said.

The Parkers said they attend "a lot of festivals" around the world.

They were both looking forward to seeing Isbell and Shires.

Shoals resident Kerry Shapiro attended the festival with his wife, Sara. He was looking forward to seeing Sheryl Crow.

He was glad to see ShoalsFest come to Florence.