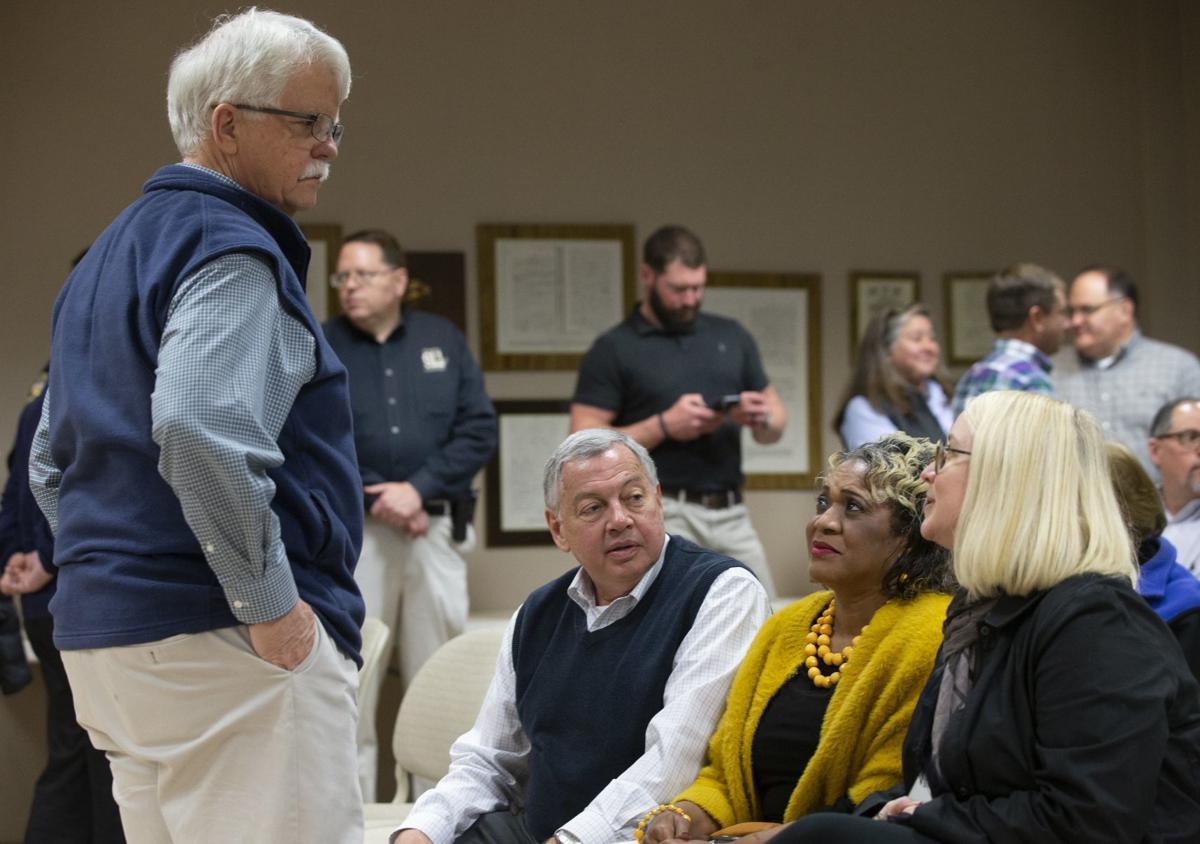 Florence City Council members chat before a press conference about the local governments response to the coronavirus. [MATT MCKEAN/TIMESDAILY] 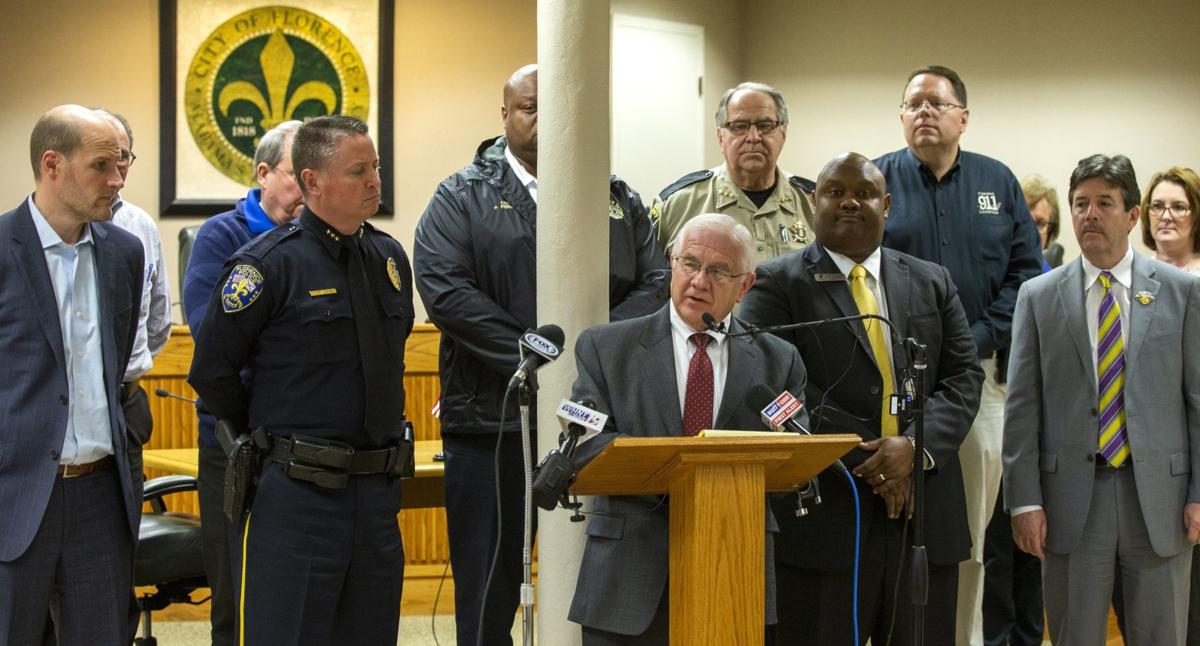 Florence Mayor Steve Holt opens a press conference at the City Hall auditorium about the local governments response to the coronavirus. [MATT MCKEAN/TIMESDAILY]

Florence City Council members chat before a press conference about the local governments response to the coronavirus. [MATT MCKEAN/TIMESDAILY]

Florence Mayor Steve Holt opens a press conference at the City Hall auditorium about the local governments response to the coronavirus. [MATT MCKEAN/TIMESDAILY]

FLORENCE — City Hall will remain open for business, and Mayor Steve Holt said he has no plans to ask businesses to adjust their hours or close their doors in the midst of the coronavirus outbreak

The mayor did advise businesses to try to limit groups to less than 50.

"We don't want to do anything that will have a negative impact on our businesses," Holt told members of the news media who gathered in the City Hall auditorium Monday. "Florence is and will continue to be open for business."

"Right now, we want the citizens of Florence to know that we're going to continue what we're doing, just like the hospital would, or the news media would, or others who have to continue their work," Holt said.

"We do not believe we're to that point, yet," Grabryan said.

Holt said it's not the city's intent to declare a state of emergency at this time, nor will the city ask business owners to close or limit hours.

"We have a minimal number of bars," Holt said. "We do have numerous restaurants."

All Parks and Recreation Department-sponsored programs have been suspended, but city parks will remain open.

The Florence-Lauderdale Public Library is open, but will close at 4 p.m. each day, Holt said.

Parks and Recreation Director Tina Kitchens said the Florence Senior Center will be closed, but meals will be delivered to home-bound residents as they normally are. Members who normally ride the bus to the club will have their meals delivered to them.

Members who drive themselves to the center can come to the club and pick up their meals, she said.

Business over your citizens lives? Once these test start coming back it's going to be too late to jump on board then. Let's be proactive and safe lives.

I agree with Drew. I think this is an irresponsible decision. We need to be listening to the experts. More then likely the Coronavirus is in this area and hasn't been reported.

Not a good idea. The Shoals has too many older people to be that brazen with policy. The outbreak will overwhelm hospitals and the death toll will be enormous. Towns in Italy who previously had 3 pages of obituaries in the news paper now have 9 pages. We are headed for that outcome if we don’t act to slow the spread.