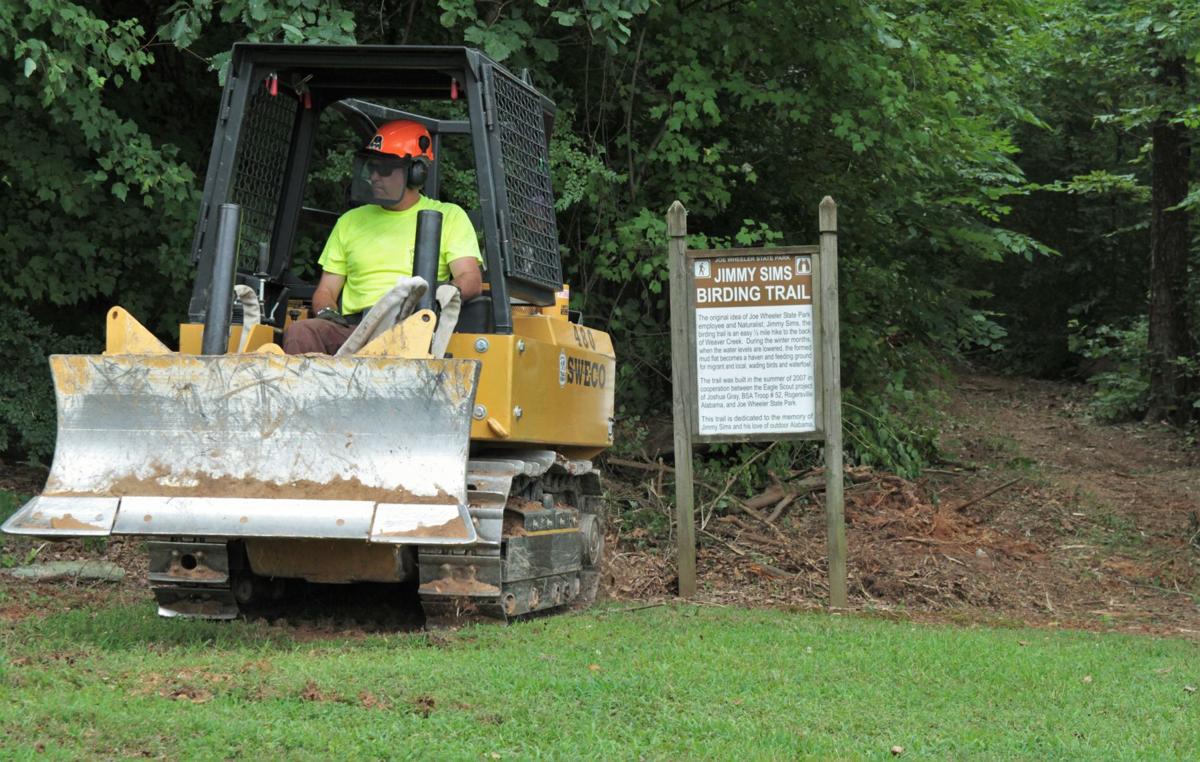 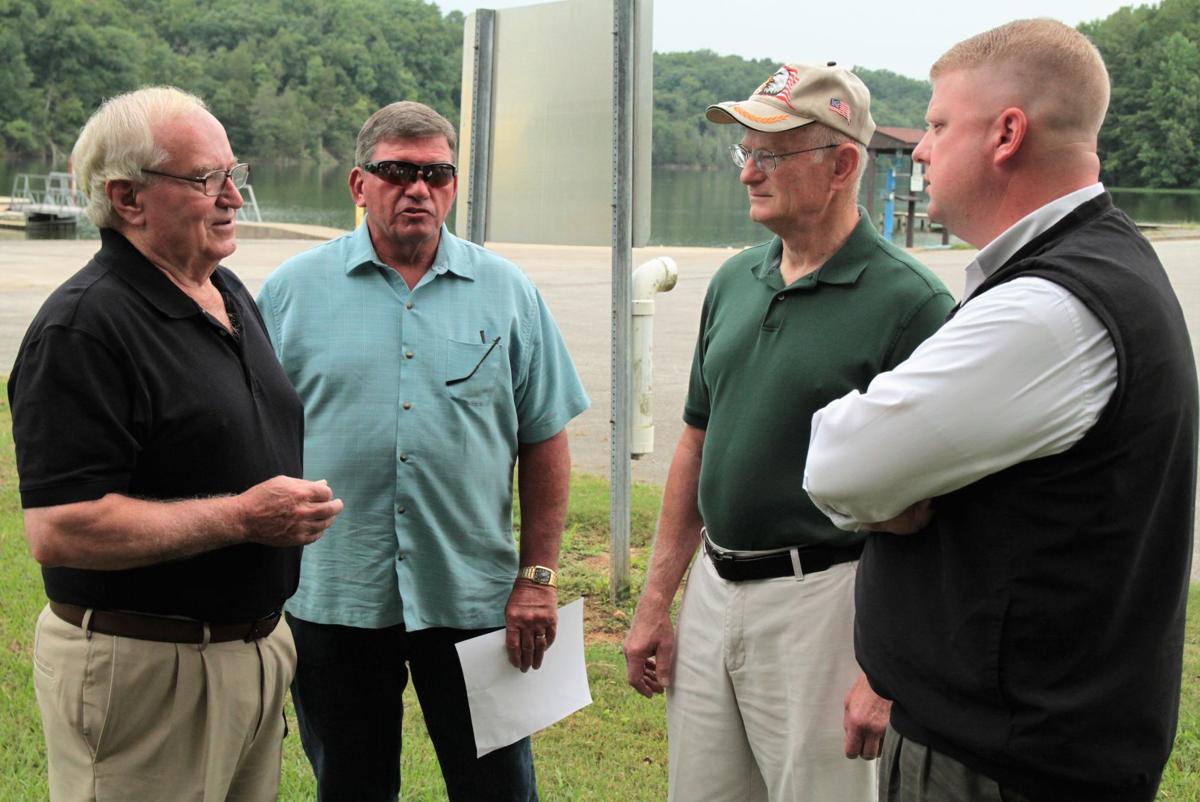 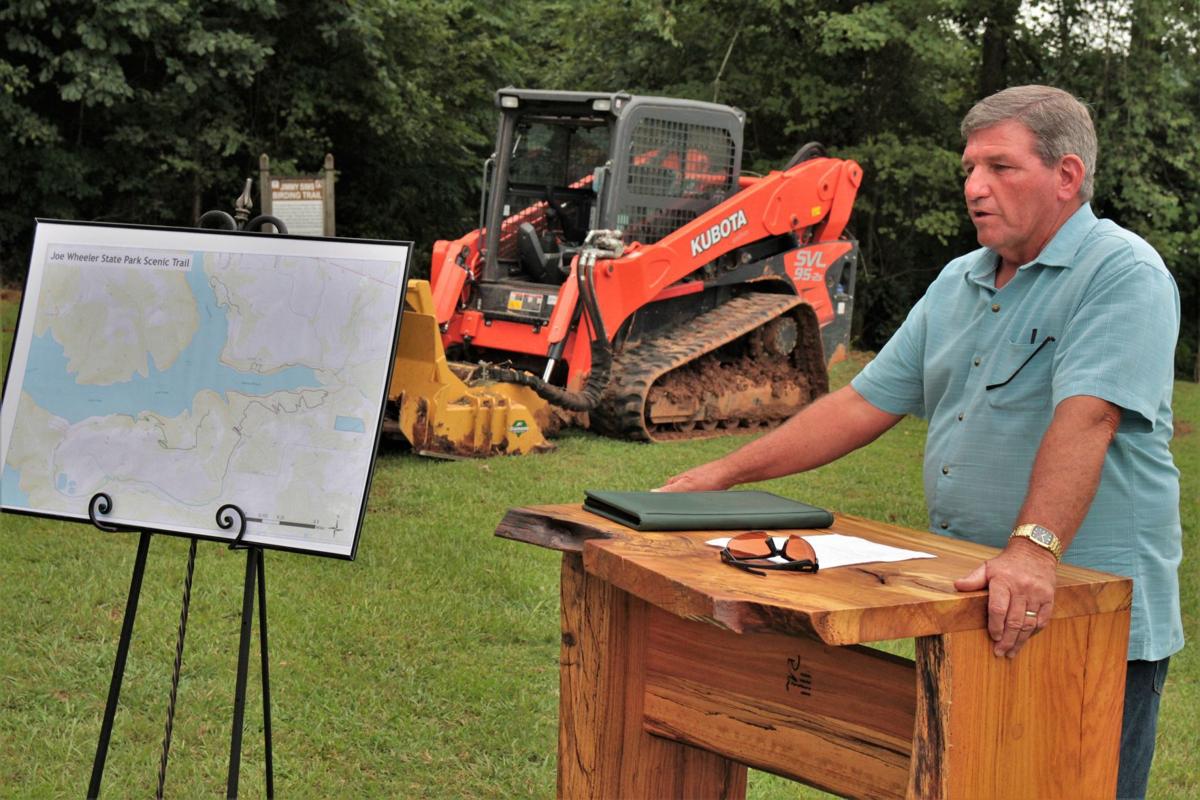 ROGERSVILLE — Mayor Richard Herston joked it might take him all day, but he vowed he will walk the new 8-mile mountain bike/hiking trail that will be built at Joe Wheeler State Park.

The primitive trail will wind around the First Creek slough and be accessible from the lodge and marina, and the campground area.

"We're very excited about this trail," Davis said. "When we started talking about it, Ken Thomas here, he calls it our awesome trail, and it's going to be awesome, I promise."

Thomas is the north Alabama trails coordinator for state parks.

Herston thanked state officials for the continued improvements at Joe Wheeler State Park, which is located just outside Rogersville. The park recently completed renovations to the lodge entrance and lobby, and will be making significant improvements to the park campground.

"This is something that's been needed for a long time," Herston said. "The economic impact for us in Rogersville, it's enormous."

He said the park system has survived this long because of "our places and our people."

"Our places are beautiful, every single one of them," Grant said. "Our natural resources in Alabama are abundant. But our people are special, very special because it's projects like this that show that their heart and soul are into what they do. They love what they do."

Derek South of TVA Natural Resources said TVA loves to get involved in projects like this.

"It improves the quality of life for everybody in the area," he said.

An animated Thomas recalled Davis telling him he wanted a trail at Joe Wheeler and before he could finish, Thomas said he interrupted him and said "Yes, let's do it."

"He's right, I've been calling this the awesome trail," Thomas said. "We came out one winter and we started flagging it. The reason it's going to be so awesome is because of the water. We're going to try and bring folks to as much beauty as we can around here."

He said the trail, which will utilize the natural contours of the property, includes several bridges over creeks that empty into First Creek.

Davis said he hopes the project will be completed in about six months.