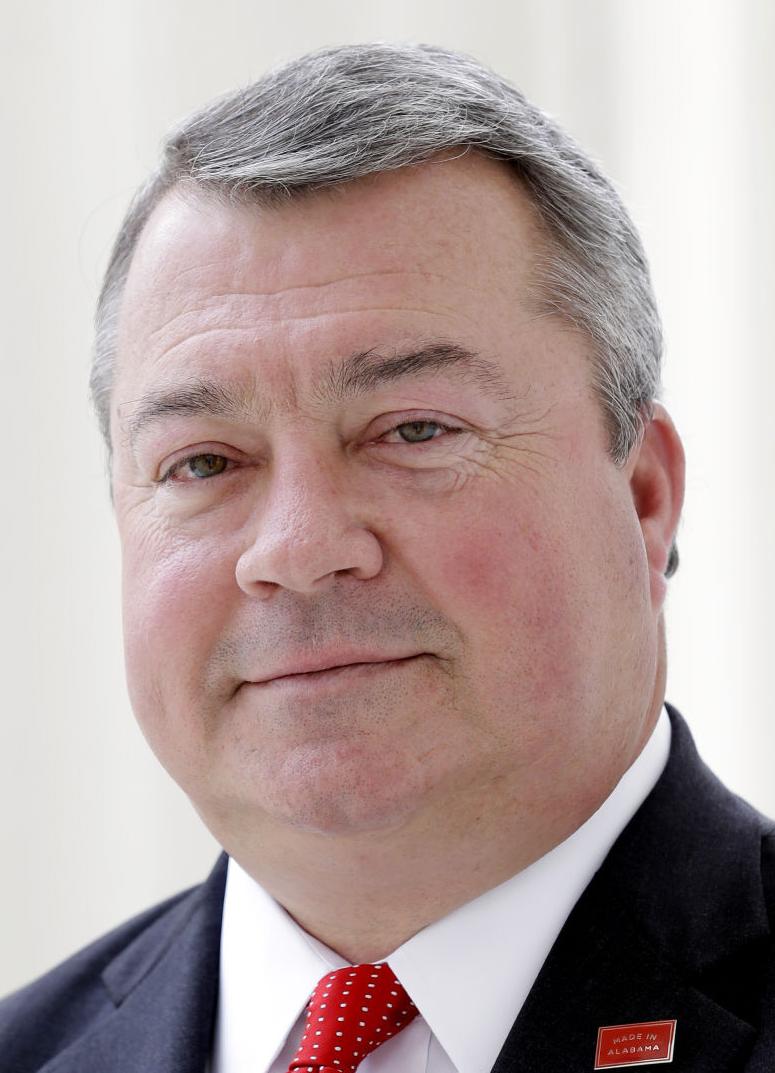 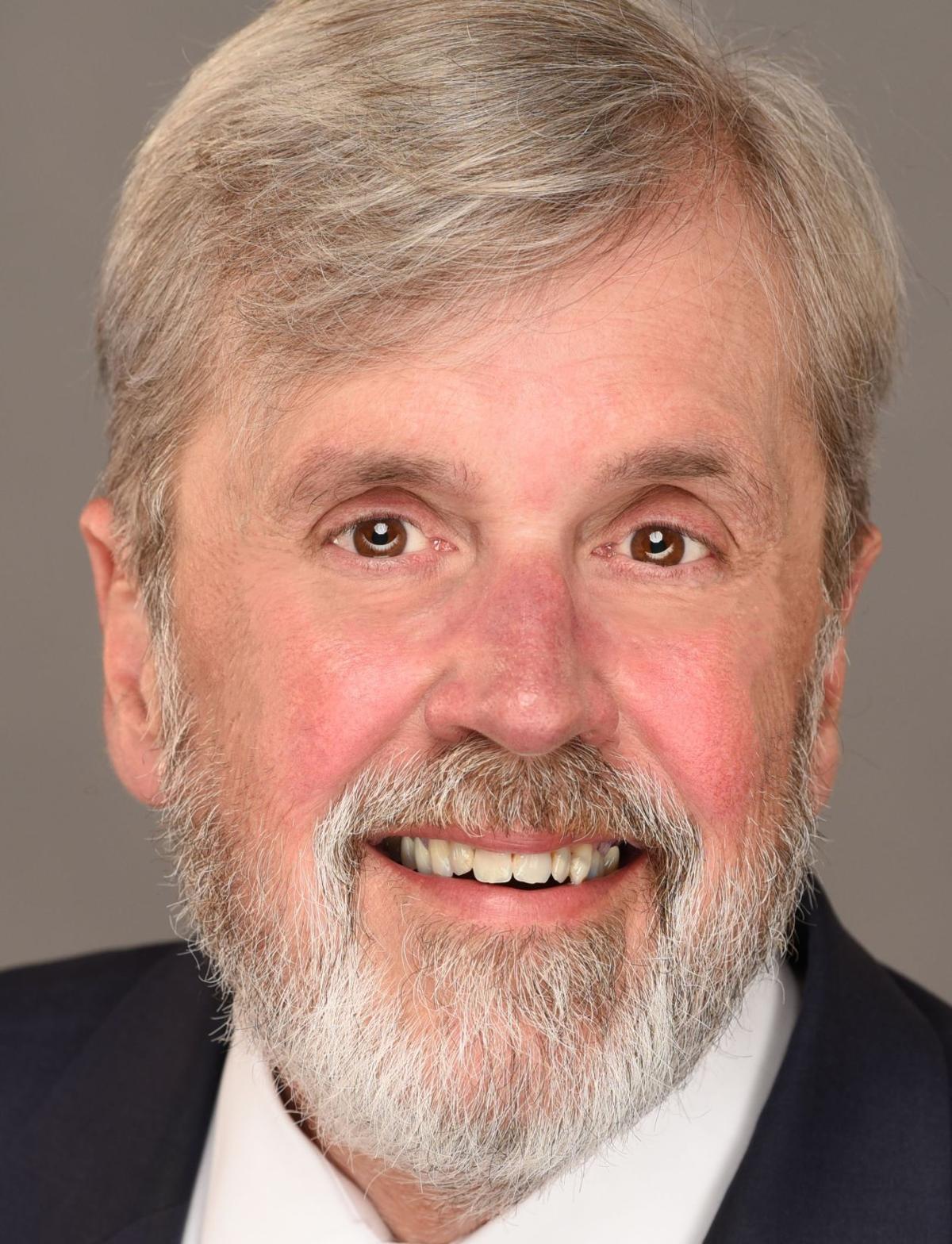 MONTGOMERY — They’re described as the backbone and centerpiece of Alabama’s economic development efforts — incentives tied to some of the state’s biggest gets in recent years, including Mazda Toyota in Limestone County, Google in Jackson County and Shipt in Birmingham.

But the Alabama Jobs Credit and its sister Investment Credit expire at the end of this year unless state leaders act.

“Both of them are critical to economic development efforts, especially the Jobs Act,” said Jim Searcy, executive director of the Economic Development Association of Alabama.

The 2015 Alabama Jobs Act includes both the Jobs and Investment credits. When Alabama offered Mazda Toyota, expected to hire 4,000 workers, about $380 million in incentives in 2018, about $300 million of that was from the two Jobs Act incentives.

“That’s really the centerpiece of our economic development efforts in terms of incentives,” Searcy said.

The EDAA, the Alabama Department of Commerce and some lawmakers are hoping Gov. Kay Ivey will call lawmakers back to Montgomery for a special session to reauthorize the incentives.

“Gov. Ivey will continue working with bipartisan legislative leadership to evaluate the most immediate needs facing our state, and determine if there is a need to convene on items that cannot wait until the regular session,” Gina Maiola, the governor’s press secretary, said.

If the incentives are not extended this year, the state’s already-approved commitments to businesses won’t be impacted. But waiting until lawmakers meet in the 2021 regular session to renew the credits puts the state’s recruiters on shaky ground as they now work on landing new projects, industry leaders said.

“Even though you can say, ‘Hey, we are confident that it would be extended once a regular session began,’ the uncertainty is what I think would create a negative, (and) could be detrimental to our economic development efforts,” Searcy said. “Especially right now, we’re really starting to see economic development activity pick up.”

There is opposition to lawmakers returning to the State House this year.

In the final days of the the regular session in May, Senate leadership wanted to address a variety of legislation, including reauthorizing the incentive statutes. However, House leaders insisted on focusing solely on state budgets and local bills in the remaining days of a session that was shortened by the coronavirus.

In May, Senate President Pro Tem Del Marsh, R-Anniston, said there is no reason to return to Montgomery now for what could have, and in his mind should have, been handled. A spokesman for Marsh said last week his stance has not changed.

Alabama Commerce Secretary Greg Canfield this week told Alabama Daily News that his office is looking for other options should lawmakers not act this year.

“Those options are pretty limited,” Canfield said. “If we don’t have a special session, it certainly will have some impact on the negotiation of certain projects that we’re currently working on, or projects that might come to us in the fall.”

Only Ivey can call a special session, and several lawmakers hope she does.

Before the 2019 legislative session was interrupted in March by COVID-19, Rep. Bill Poole, R-Tuscaloosa, was working with interested parties to draft renewal legislation for the incentive statutes. No legislation was ultimately filed.

“I think it is in the state’s best interest, all things being equal, to renew or extend these in some capacity, even if that is only temporary to reach us into the next session,” Poole said. “But I do recognize that there are lots of issues and variables and uncertainties across the state right now. But I think on balance though, it would be preferable to, at the very least, extend these at least temporarily.”

Sen. Arthur Orr, R-Decatur, said he doesn’t want the state to be in the position of needing the Jobs Act to lure a large project and not having it available.

“I don’t want to lose the project,” Orr said of a hypothetical industrial recruit. “I’d prefer we take care of business and address this in a special session.”

Orr said he doesn’t like incentives, and would prefer they were abolished nationwide.

“But in the competitive nature between states, to not have them means your state is eliminated from consideration. That’s just the world we live in.”

There have been discussions recently about whether Ivey could use emergency powers to extend the dates on the incentives, but that’s not an option the governor seems willing to pursue.

“I am not aware of specific discussions on that option,” Maiola said last week. “However, our administration continues to have conversations with the Legislature, and we will consider our options.”

Poole said he hadn’t researched the legality of that particular option, but said incentives should be handled by lawmakers.

“There certainly might be ways to patch that together, but ultimately this involves incentives and credits. … I would think that the Legislature needs to authorize those and anything to the contrary I think would further be a concerning precedent,” Poole said.

Meanwhile, Canfield said Commerce is studying whether, if reauthorization has to wait until next year, the incentives can be given retroactively to companies that sign agreements with the state later this year.

Still, that would put the state in a weakened position when competing against other states for job-creating projects, he said.

The two Jobs Act incentives have a combined $300 million-a-year limit. The incentives don’t come into play until the businesses are operational and have employed their promised staff.

For many, like Toyota Mazda, that hasn’t happened yet. But as Commerce keeps track of its promised future obligations, Canfield said it's getting close to that annual cap.

In required annual reports on the use of incentives, Commerce has said there shouldn’t be a cap on the Jobs Act incentives because they are pay-as-you-go.

The state will also get more in net revenues than it gives away in the incentives, Canfield said. Still, from a budgetary perspective, he knows lawmakers need caps.

He and others declined to say recently the amount they’re considering in new legislation.

Canfield represented Vestavia Hills in the House of Representatives for four years before becoming the state’s lead economic developer.

Commerce officials told Alabama Daily News that as of the end of 2019, 151 project agreements for Jobs Act incentives were in effect.

The Growing Alabama Credit allows local economic development organizations to leverage state funds to build industrial parks or other job-attracting sites. Since its creation in 2016, 10 economic development organizations have applied for and qualified for the Growing Alabama Credit and $7.5 million had been claimed through 2019, according to the 2020 report. Commerce estimates that incentive has helped create 2,630 jobs.

For those Growing Alabama has helped, it’s been essential to creating infrastructure, Searcy said.

“That’s what drives a lot of economic development, being prepared,” Searcy said. “Having the infrastructure, having available sites and buildings that have been improved. That’s essential, that’s kind of the bread and butter, that’s what we sell.”

The Growing Alabama incentive is capped at $10 million per fiscal year. That cap was met for the first time in 2019. In its 2020 report, Commerce argued for a larger cap.

“Legislation to increase the cap to $20 million per fiscal year and extending the sunset date to Sept. 30, 2024, would ensure that this program will continue to provide funding to local economic development organizations to develop marketable sites.”

Besides cap increases, Canfield said officials are discussing expansions of the Jobs Act incentives to attract more minority and women-owned businesses and to get more jobs in rural counties.

According to Commerce, there are 40 projects in targeted counties — counties with less than 50,000 residents — that have either entered into project agreements, are in the process of entering into a project agreement or have an outstanding offer for Jobs Act incentives.

Increases and expansions are part of what lawmakers need to discuss, Poole said.

“I think there are lots of opinions related to that and ultimately, that analysis becomes very much a return on investment analysis,” Poole said. “What are we incentivizing, for what purpose and what strategy? And what is the return on that investment relative to other potential investments of state dollars in those returns and attempting to balance all of those out in a manner that has maximum benefit for the state.

“… I would be remiss not to note that these are times that there is revenue uncertainty for businesses, for the state, for families. And to the extent that future revenues at this time are uncertain, that certainly has a substantial impact upon cap considerations.”

House Minority Leader Anthony Daniels, D-Huntsville, said he’d like to know more about the incentives’ impact on state budgets, and if there’s an immediate impact to delaying their renewal.

Daniels, along with most House Democrats, did not attend end of the spring session because of concerns about COVID-19.

“I think it’d be irresponsible to meet in-person at this time,” Daniels said about the current COVID-19 situation. Later in the year may be an option, he said.

Meanwhile, Daniels said he’s seeing businesses in his community struggling in the pandemic “and may not be able to return.”

“We may have to redo how we provide incentives and monitor the progress of the incentives we’re giving out,” he said.

Orr said that with the Jobs Act incentives, the state isn’t simply writing a check like it did in the old days, he said.

“If the jobs come in at the salaries promised, then the rebate goes back to the company,” Orr said. “We’re giving away something we didn’t have beforehand, that employee working for 'X' salary.”