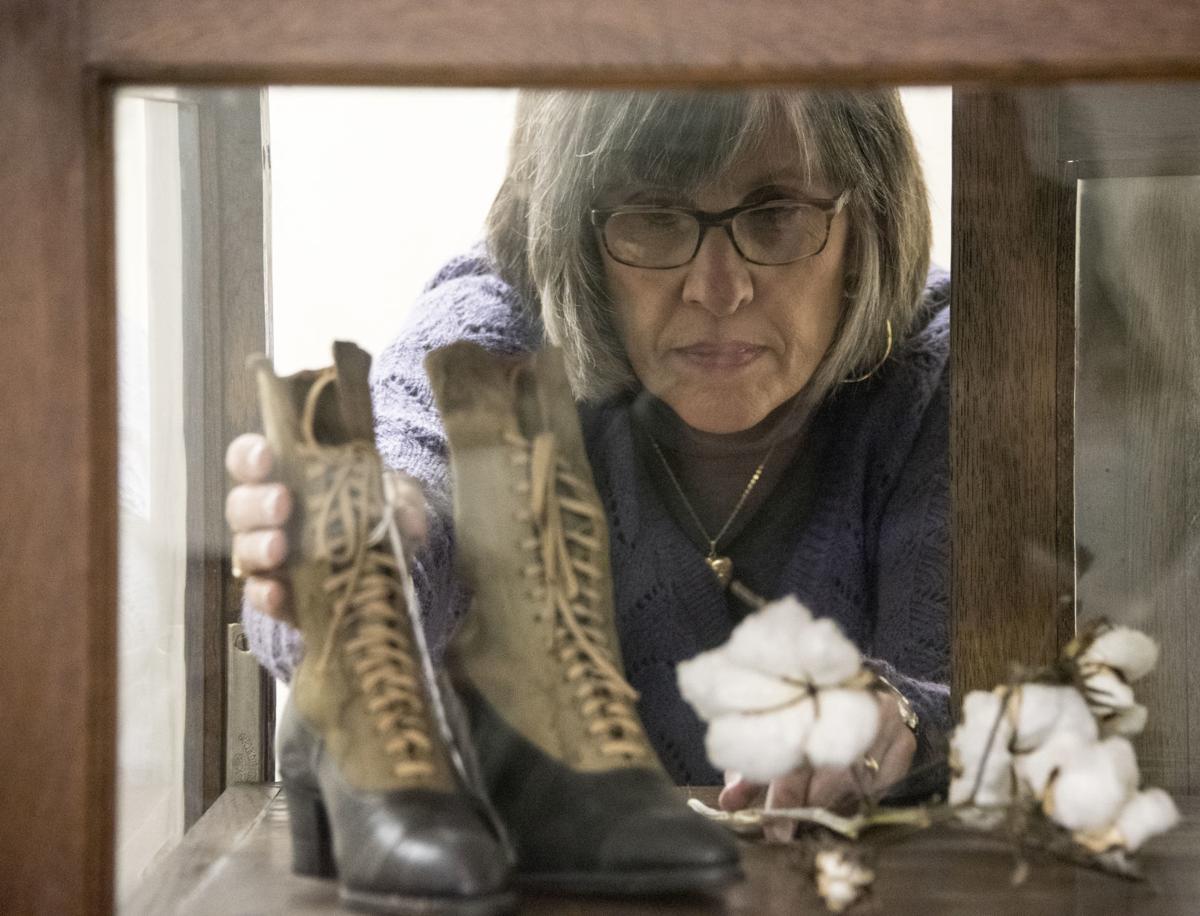 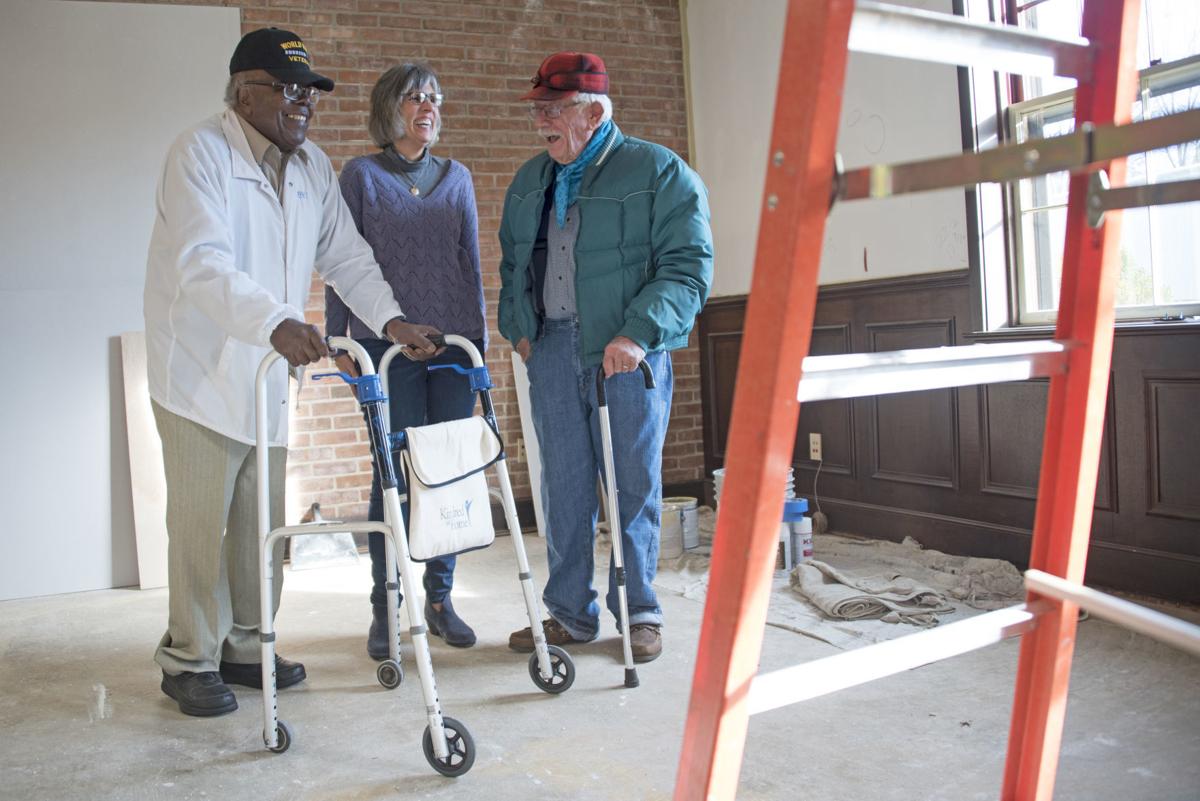 Debbie Bradford discusses plans with Huston Cobb and Jimmy King for the new Leighton Museum. The museum is moving next door to a display room in Bank Independent. [PATRICK HOOD/TimesDaily] 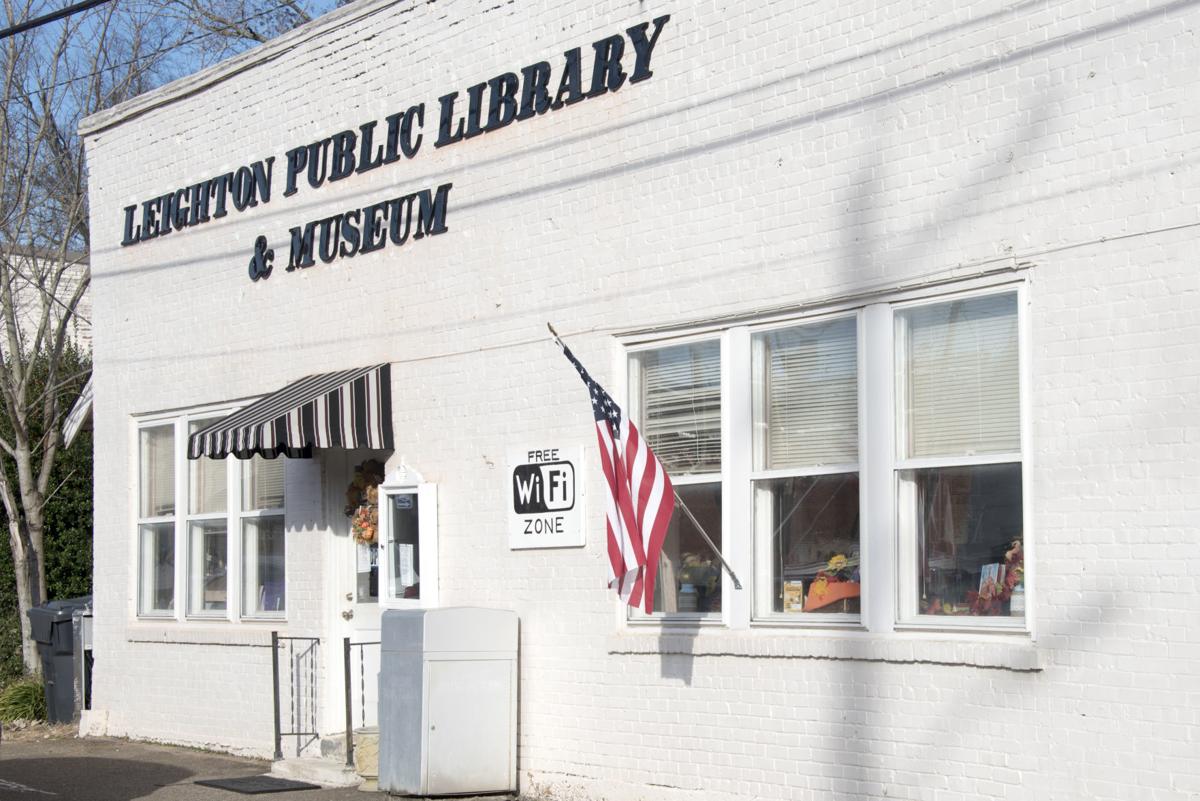 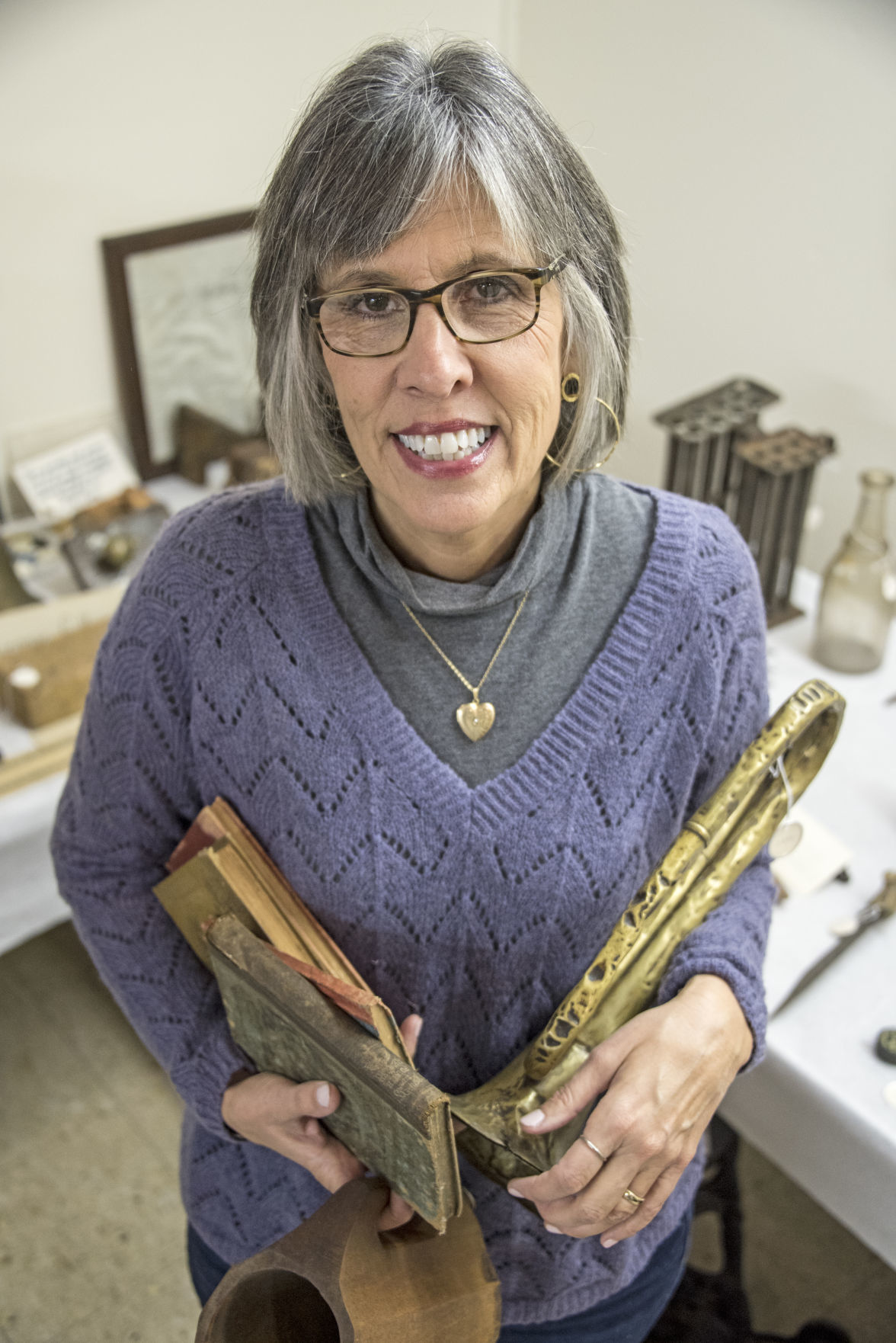 Debbie Bradford discusses plans with Huston Cobb and Jimmy King for the new Leighton Museum. The museum is moving next door to a display room in Bank Independent. [PATRICK HOOD/TimesDaily]

SHEFFIELD — Once housed in the confines the historic town's library, Leighton Museum will soon have a new home inside the lobby of the nearby Bank Independent.

"We're moving," said Debbie Bradford, who was hired to move the museum to its new location. "The museum will be moved but there's still going to be a presence in the library."

She said a few pieces will remain in the library, but the bulk of the artifacts, papers, photos and other items will move to a space in the bank lobby.

Bradford said the new home will be more secure, have better climate control and be more accessible to the public.

Bradford said she wanted the museum moved this year to coincide with the Alabama 200 celebration of the state's bicentennial.

Shoals residents may attend "Leighton — The Land, The Lives, The Legacy," at 2 p.m. on Sunday, Dec. 15, during the museum's grand re-opening at Bank Independent.

The museum will be located in the bank lobby and open from 9 a.m. to 5 p.m., the bank's regular hours. The bank is located at 8720 Main Street.

“The whole concept of the Leighton Museum sprang from a desire to capture the vibrant history of our area from the perspectives of multiple generations of citizens,” Bank Independent Vice President of Facilities John Bowling said in a news release. “I’ve always been fascinated by the everyday details which make up a community. Many of those details are stored in the memories and the stories passed down from person to person. The Museum has tried to document these stories to share with future generations."

"It's been over there in the library since the '50s and the old building is getting in bad shape," King said. "It hasn't been paid much attention to in 50 years. We wanted to get it to where people can enjoy the history of Leighton and north Alabama."

He said other Leighton families have contributed items to the museum over the years.

King said he began talking about improving the museum, and officials with Bank Independent stepped in and offered assistance. King said the bank is paying for the move and is having custom made upright display cases built to house the collection. They have also hired professionals who will help set up the museum, King said.

"The bank picked up on it and there we went," he said. "It is going to be an asset to the area and good for the bank, too."

The collection includes a variety of papers belonging to his grandfather. There are also letters from Gen. Joe Wheeler. Bradford said there is also a letter from Chief George Colbert and various items from the nearby La Grange College and items that date to the Civil War.

"You can look up about anything in this area from the Civil War," King said.

Bradford said when visitors enter the bank, the teller windows will be to the left and the museum to the right.

“Bank Independent was founded as the Bank of Leighton in 1947," Leighton native and Bank Independent President and CEO Macke Mauldin said in a news release. "We are proud to be a part of preserving and sharing the rich history of Leighton and Colbert County for current and future generations to enjoy.”

Bradford thanked Librarian Sherri Childers for her assistance during the move, as well as Leighton Public Library, Museum and Civic Center, Inc.

"She's been so good to work with us." Bradford said.

Moving the museum will open up space in the library, she said.

Has your church readjusted in-house worship times because of the rising number of COVID-19 cases?