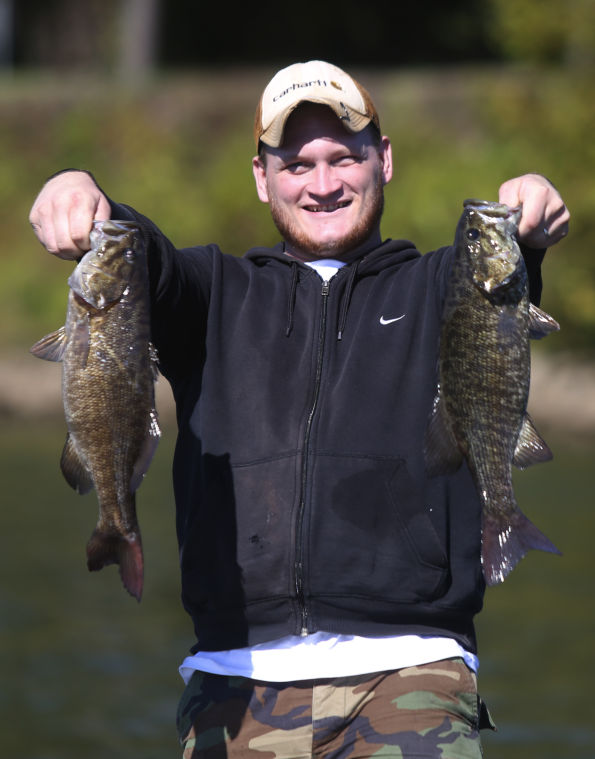 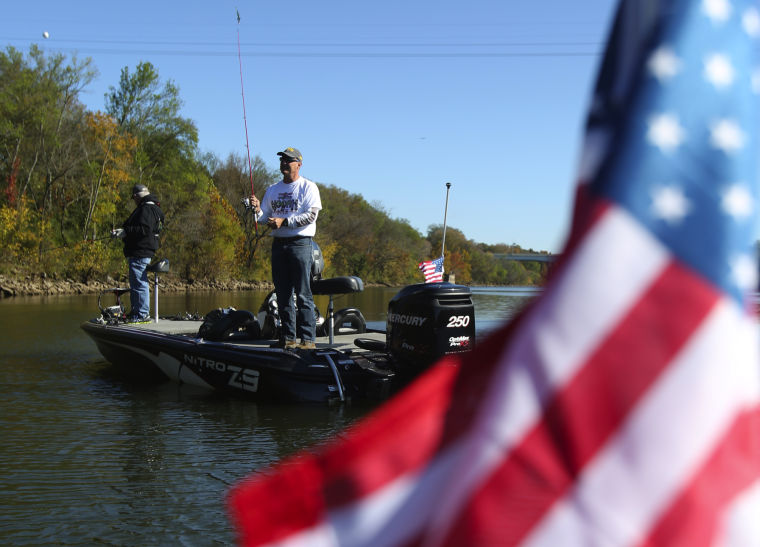 Bill Strickland, left, and Col. Greg Estes, right, fish Saturday on Pickwick Lake. Col. Estes is a part of the Wounded Warriors from Kentucky visiting the Shoals to fish.

Bill Strickland, left, and Col. Greg Estes, right, fish Saturday on Pickwick Lake. Col. Estes is a part of the Wounded Warriors from Kentucky visiting the Shoals to fish.

Michael Valois didn’t catch any fish Sunday, but he didn’t really care. Even though he was part of a fishing expedition on Wilson and Pickwick lakes this weekend, Valois said reeling in a big one was not his goal.

Instead, he just wanted to put terrible memories behind him and enjoy being part of the community.

“It’s really awesome to get back out in the community,” he said. “It’s nice to kind of forget everything that happened to us.”

Valois was among 20 U.S. Army soldiers who enjoyed a weekend of fishing. All 20 who were wounded in action while serving with the Fort Campbell, Ky.-based 101st Airborne Division.

This is the second year that Southern Fishing News has sponsored the event, called Operation HOOAH, said Ron McDonald, publisher and editor of Southern Fishing and a Vietnam War veteran who served in the 101st Airborne.

The acronym, along with being a popular military expression, stands for Healing Outside Of an Army Hospital.

“The purpose of this event is to not only get these soldiers out of the Army hospital for a couple of days of bass fishing, but to facilitate their mental healing as well,” McDonald said.

He said, like last year’s inaugural event, this year’s Operation HOOAH was a hit with the soldiers.

“Several of the wounded warriors made friends with the boat guides they fished with and made plans to come back to the area by themselves after their discharge to fish,” McDonald said. “Some planned to come back with a buddy.”

“We’ve gotten good support, and it’s getting better each year,” McDonald said. “The donation list gets bigger every year, and 100 percent of the donations go to the event, not to any salary or administration fee. This is all strictly volunteer.”

“It’s been a whole lot of fun,” Casebier said. “Everybody has gone out of their way to be kind to us.”

McDonald said he plans to continue the annual event for as long as there is a need. He considers the soldiers of the 101st to be his fellow soldiers. “Once you’re in combat with a division, that’s your division.”

Along with being a fun outing, the weekend is intended to serve as therapy.

“This helps get them back into life experiences,” McDonald said. “So many of them can reach a point where they think life’s over. They’re hospitalized. They’re sheltered. Fishing is a great tool to use for mental healing and for reintegration. At least half these soldiers have never fished before, so it’s a new experience.”

He said a sergeant at Fort Campbell has made the comment that the soldiers who went on the trip last year returned with a much better outlook. The sergeant went as far as to say the trip played a major role in the mental health of the soldiers, particularly those who had been in such a bad place emotionally that they were capable of harming themselves.

“He said he felt like the event last year saved at least one life, if not more,” McDonald said. “To hear that you saved someone’s life, that’s just awesome.”

Wounded Warriors Fishing in the Shoals

A group of Wounded Warriors fished with Shoals locals on Saturday and Sunday.