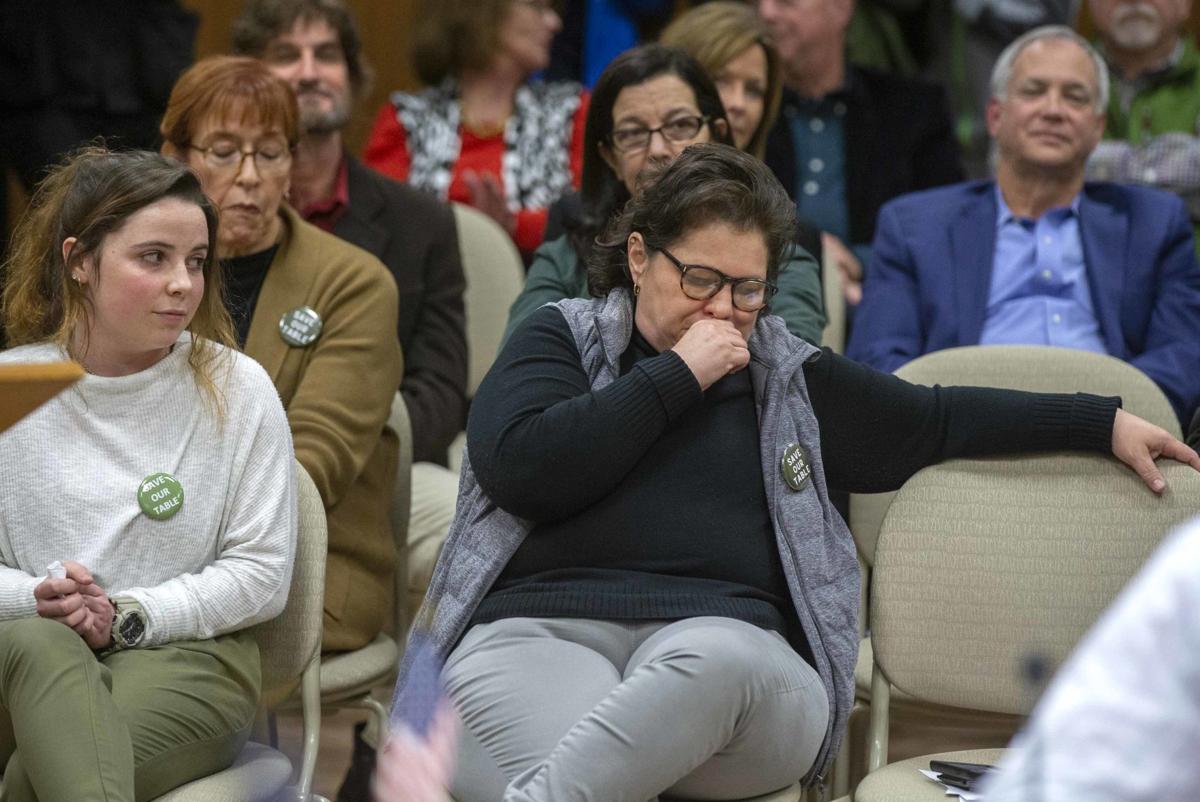 Krista Manchester, Executive Director of Room at the Table, reacts to the board of zoning adjustment's decision to uphold the city building departments denial of the use of their new location on North Wood Avenue. [MATT MCKEAN/TIMESDAILY] 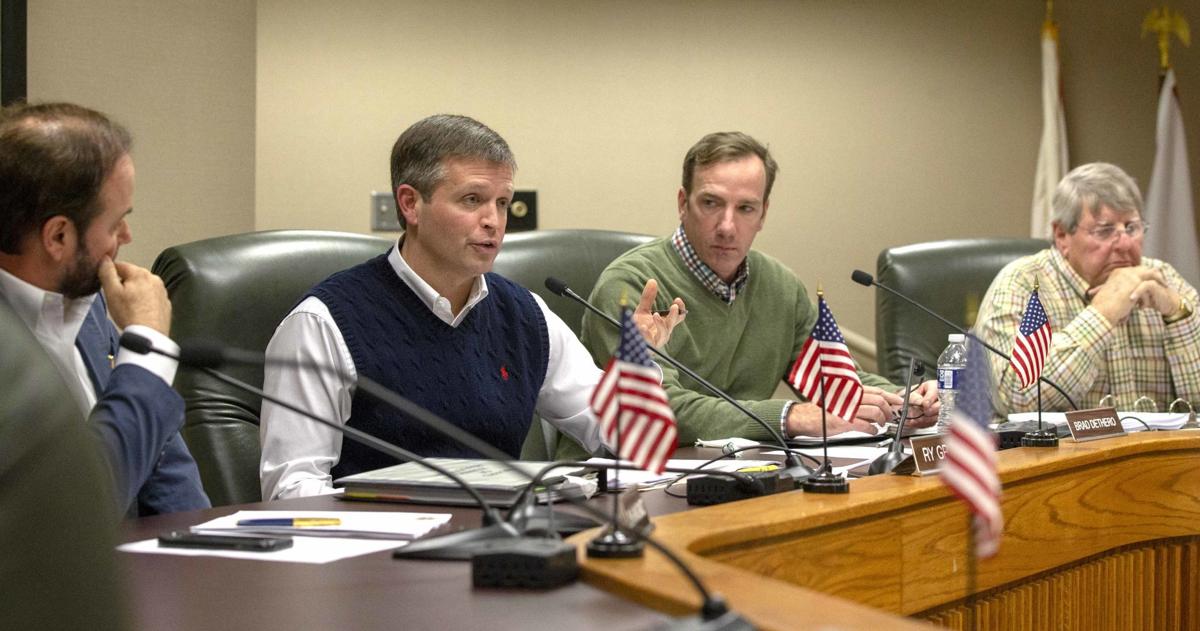 Ry Griffin, a member of the board of zoning adjustment speaks before the board's decision to uphold the city building departments denial of the use of Room at the Table's new location on North Wood Avenue. [MATT MCKEAN/TIMESDAILY]

Krista Manchester, Executive Director of Room at the Table, reacts to the board of zoning adjustment's decision to uphold the city building departments denial of the use of their new location on North Wood Avenue. [MATT MCKEAN/TIMESDAILY]

Ry Griffin, a member of the board of zoning adjustment speaks before the board's decision to uphold the city building departments denial of the use of Room at the Table's new location on North Wood Avenue. [MATT MCKEAN/TIMESDAILY]

FLORENCE — The Florence Board of Zoning Adjustment on Thursday upheld the city's denial of a certificate of occupancy for Room at the Table, but agency officials said they plan to appeal.

The board's 4-1 vote to uphold the decision came after an emotional meeting in front of a standing-room-only crowd at the City Hall Auditorium. John Van Sandt made the only opposing vote.

Board Chairman Ry Griffin told the group they may appeal to Lauderdale County Circuit Court within 15 days.

Room at the Table Executive Director Krista Manchester said they will do that.

"The plan's already in place to take it further," Manchester said, following the more than two-hour meeting. "Obviously, people want it to exist."

The Building Department told the organization it cannot be at the 1206 N. Wood Ave. location because it does not meet the definition of an event center in the city's zoning ordinance.

Manchester said she is willing to partner with the city to find a solution, but city officials have said there is no zoning regulation that allows them to exist. She pointed out the building was an event center before they leased it.

"I was overwhelmed by the turnout and passion our supporters brought tonight," Rhodes said. "It made us feel less alone."

Most people who spoke during Thursday meeting favored the organization, some giving impassioned speeches about its importance.

Pamela Pentland, who lives near the building, said this appears to be a "not in my backyard" situation.

"This will be immediately in my backyard, and I say bring them on," Pentland said, to a loud ovation.

Those opposed stressed it is the location, not the organization, they oppose.

"It is very detrimental to my ability to rent my space," said Will Pearson, who has property by the building. "This is my life. It has nothing to do with them. It's the location."

One person spoke of witnessing someone using the bathroom outdoors. Another said it was drawing panhandlers.

"The primary purpose of zoning is to separate uses that are thought to be incompatible," Jordan said. "In practice, it is used to help develop and preserve the identity of a community and encourage the most appropriate use of land throughout the locality."

He agrees the city and Room at the Table need to work together. "The city is open to meeting any time to ensure the goals of this organization will continue to be fulfilled: to feed the homeless and hungry."

Manchester said the building's location is a key to the program's success because it is within 5 miles of the vast majority of people who use the service and many walk to it.

She said 85% of those the organization serve are not homeless. Many live at Courtview Towers and Magnolia Gardens, or are University of North Alabama students. She added that the facility had been used during the day by various groups including Downtown Florence Alliance, and the meals were only served starting at 5:30 p.m., and by 7 p.m. everyone was gone.

Many who spoke in favor of the agency said it is an event center and the social aspect is a major part of it. A local physician spoke up, insinuating discrimination is at play. He said if 130 fellow doctors went there nightly and called it a supper club, "we wouldn't be here tonight."

Rhodes said 3,305 people and more than 100 groups have volunteered for the organization, which was feeding an average of 130 people daily. Another speaker presented a petition with 7,741 signatures supporting Room at the Table.

Tell me what I can do to help

It's a sad day when you look down Court Street and all you see is a bunch of stinking bars. It's an even sadder day when you see a church group rejected for a permit to feed the old and infirm and the poor. Nearly all the people that frequent these meals are indeed old or disabled or the families of those older people. So we can play host to a bunch of drunks til all hours of the night but we can't feed old people for an hour and a half before dark. The very same people that are approving the bars are saying no to a group trying to fix the damage the bars create. Let's vote them out where we can and put pressure on the mayor to not appoint these people again. Voting matters...