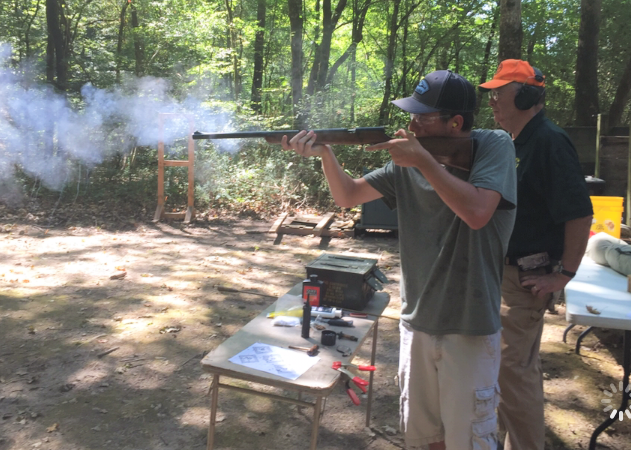 Trevor Wood of Central High School, takes a shooting lesson from Ron Eaks with the Alabama Department of Conservation during a recent trip to Earle Trent Assembly Camp. [COURTESY PHOTO] 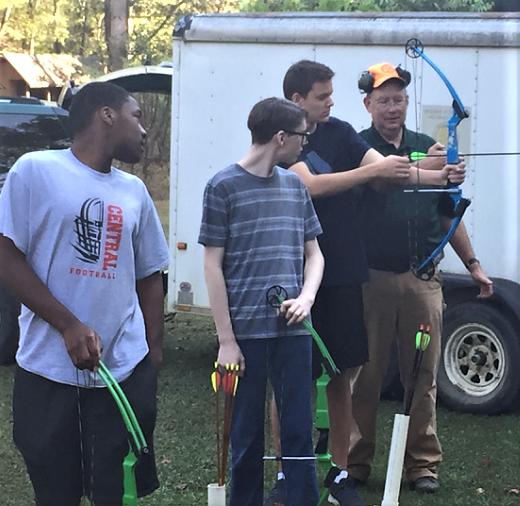 Trevor Wood of Central High School, takes a shooting lesson from Ron Eaks with the Alabama Department of Conservation during a recent trip to Earle Trent Assembly Camp. [COURTESY PHOTO]

Trevor Wood is familiar with firing rifles, but last week's experience was unique.

Wood learned the intricate details of loading and firing a muzzleloader.

"It was kind of challenging because there's a lot that goes into loading them," the Central High School senior said. "It's not like shooting a regular gun. It's a lot more complicated, and takes a lot longer."

Wood is part of Brad Grigsby's fish and wildlife class at Central. The class enjoyed a novel field trip last week with an Alabama Department of Conservation instructor.

Grigsby took the class to Earle Trent Assembly Camp for a lesson in firing weapons and bow hunting.

"That was the big part of it," he said. "Everything was about safety. We went as far in as how to clean them and everything."

Grigsby said the classed seemed to enjoy it.

"There are some who had never shot a gun, but for most of them it was the first time they had shot a bow or a muzzleloader," he said. "They learned how to load it, and they loaded it themselves. They put in the powder and did it all."

He said it also provided the students with a perspective of history they might not have considered before the experience.

"I said, 'Think about it: those guys in the Civil War got off five shots in a minute, and that was with bullets flying around their head,'" said Grigsby, who is certified in teaching hunter education.

The students also shot a bolt-action and semiautomatic weapon, and tried their hands at archery.

Senior Tyler Caldwell said the muzzleloader was the only thing he had not shot before the field trip.

"It was fun," Caldwell said. "It was a little complicated at first."

"We had a lot of good learning experience on being safe when around firearms and bows and how to use them properly," he said. "I'd recommend it for everybody, whether they hunt or not. Everyone needs to learn how to do it."

Have your encounters with law enforcement been positive or negative?