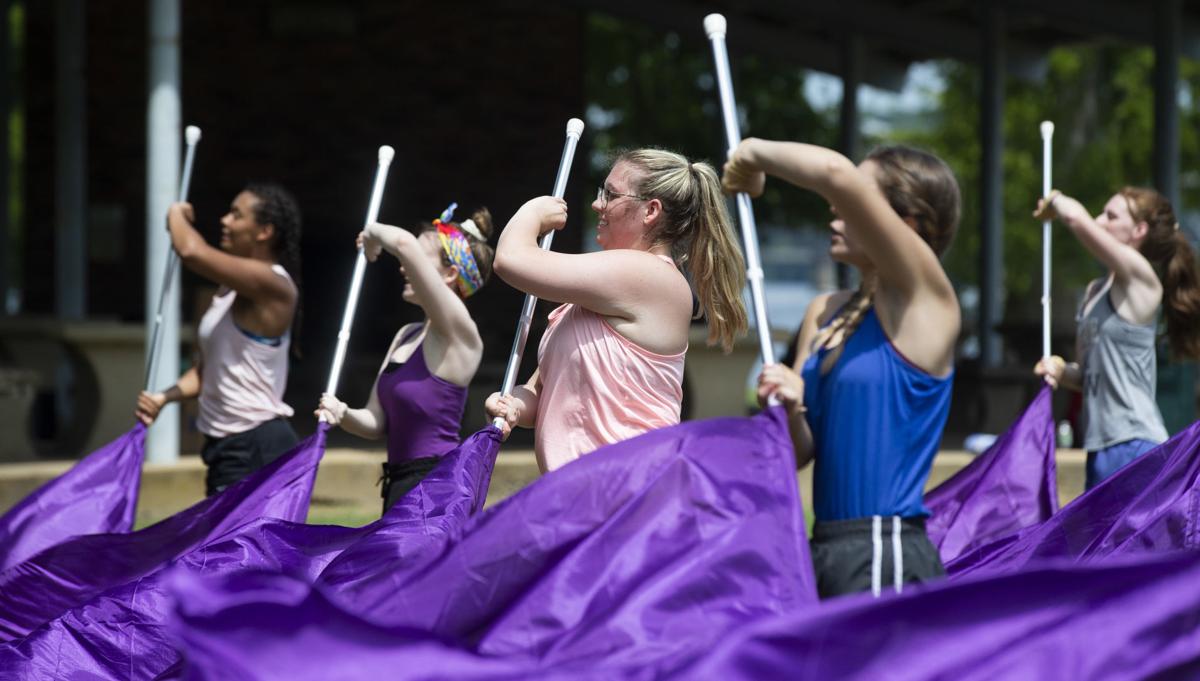 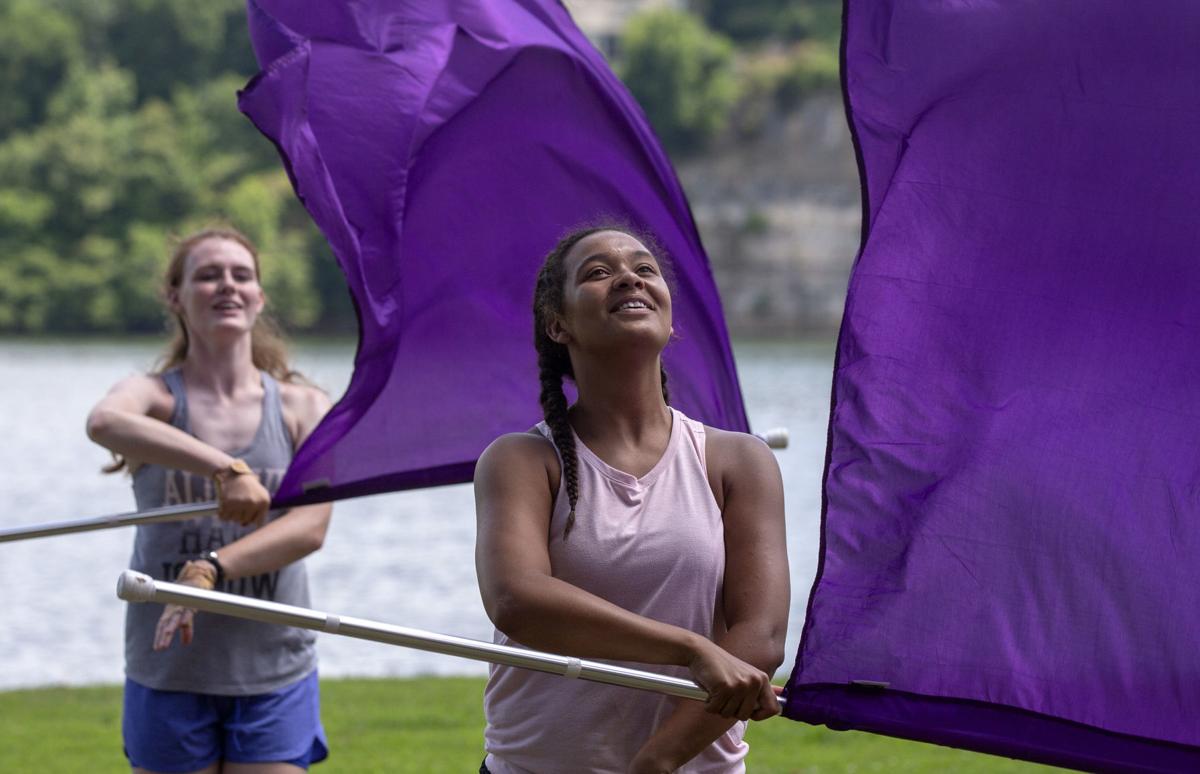 Flag corps members are taking 6 to 9 hours each day getting their performances down. [MATT MCKEAN/TIMESDAILY] 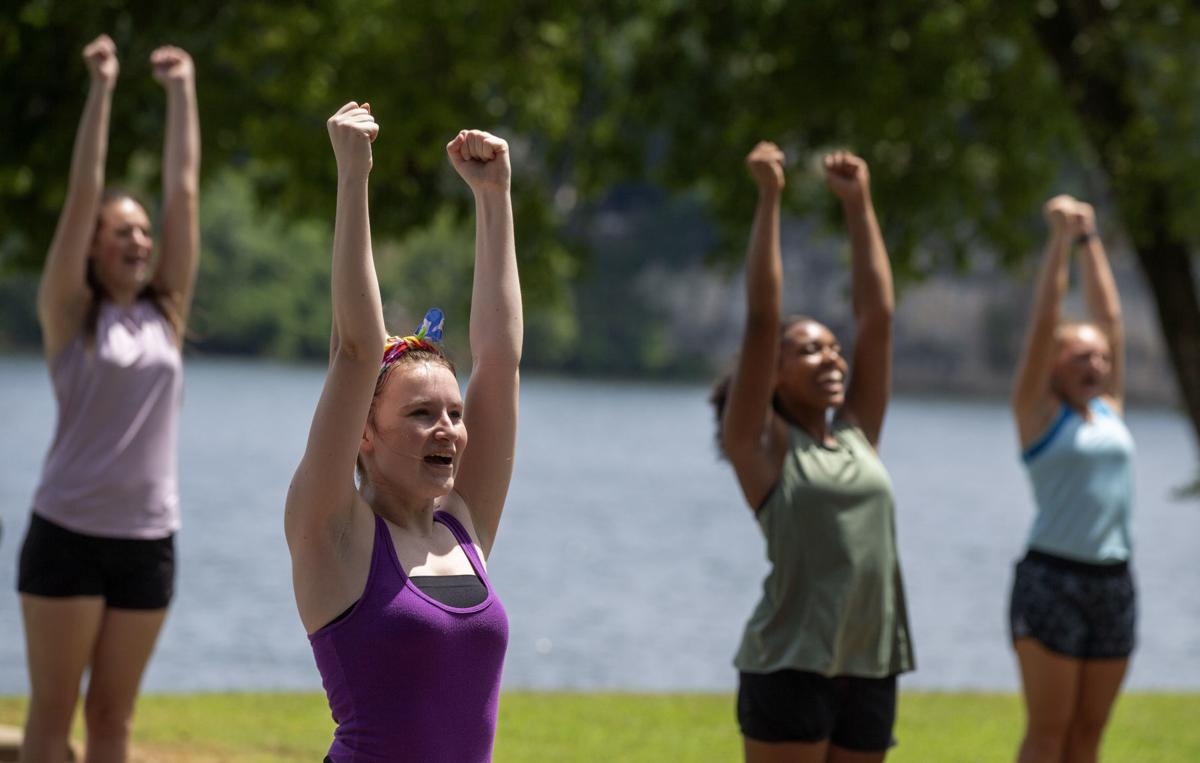 The Flag Corps has 16 members practicing their routines at McFarland Park. [MATT MCKEAN/TIMESDAILY] 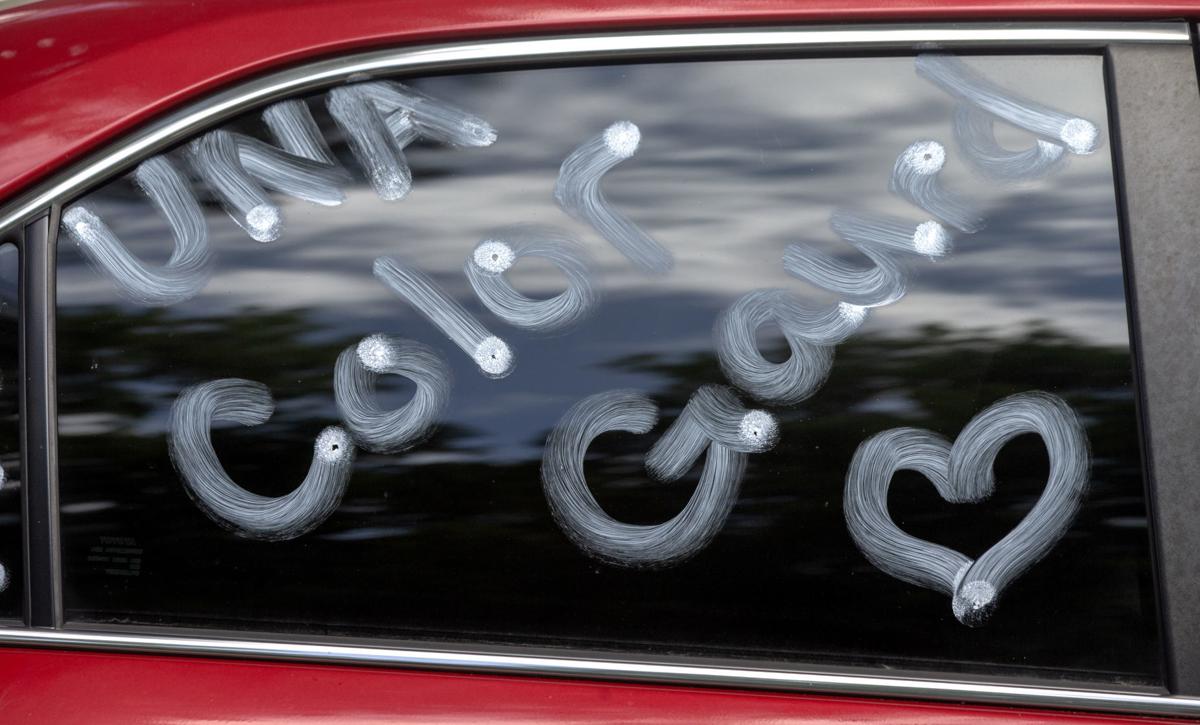 A sign on a car windown of a member of the UNA Color Guard. [MATT MCKEAN/TIMESDAILY]

Flag corps members are taking 6 to 9 hours each day getting their performances down. [MATT MCKEAN/TIMESDAILY]

The Flag Corps has 16 members practicing their routines at McFarland Park. [MATT MCKEAN/TIMESDAILY]

A sign on a car windown of a member of the UNA Color Guard. [MATT MCKEAN/TIMESDAILY]

FLORENCE — A drive through McFarland Park these summer days provides a glimpse into what the scene at Braly Stadium on autumn nights.

Due to the COVID-19 pandemic, summer practice sessions for the Marching Pride of North Alabama marching band have been cancelled, which includes the band's Flag Corps spending long days training at the park.

The band cannot practice on campus as a unit due to social distancing measures taken as a precaution against the pandemic, so the Flag Corps took to the park, corps members said.

"We can't have it on campus, but fortunately McFarland is open," said Krisley Wood, captain of the corps.

Autumn is a busy time for the band, with halftime performances at UNA football games and events such as parades, but summer also is demanding as they practice routines for the fall.

Wood said they are practicing Monday through Friday twice a month, taking 6 to 9 hours each day getting their performances down.

"You have to do it perfect every time," she said.

Wood said the sessions include a great deal of training, including a daily mile run, workouts and sprints.

"Many people don't realize when you get to the collegiate level how much more demanding it is," she said.

Haley Catrett, who is co-captain of the corps, said they also adjust diets, all with the goal of reaching the pinnacle of their potential, much like UNA athletes do.

"We definitely train like that," Catrett said. "None of the practices are mandatory. We're all here because we love it."

The corps has 16 members but they have to work hard to be part of the halftime show, she said.

"We're making sure to get a spot on the field," Catrett said. "Just because you're on the team doesn't mean you get on the field."