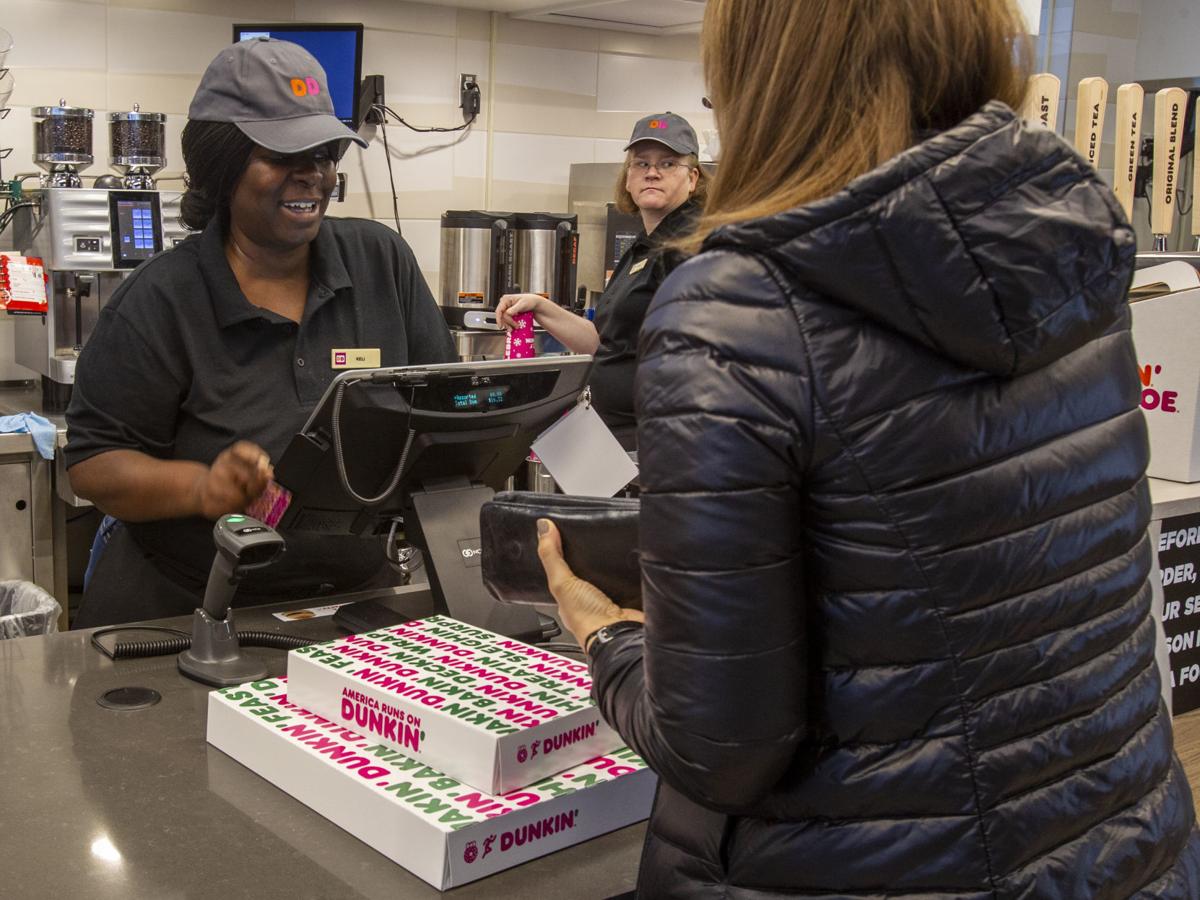 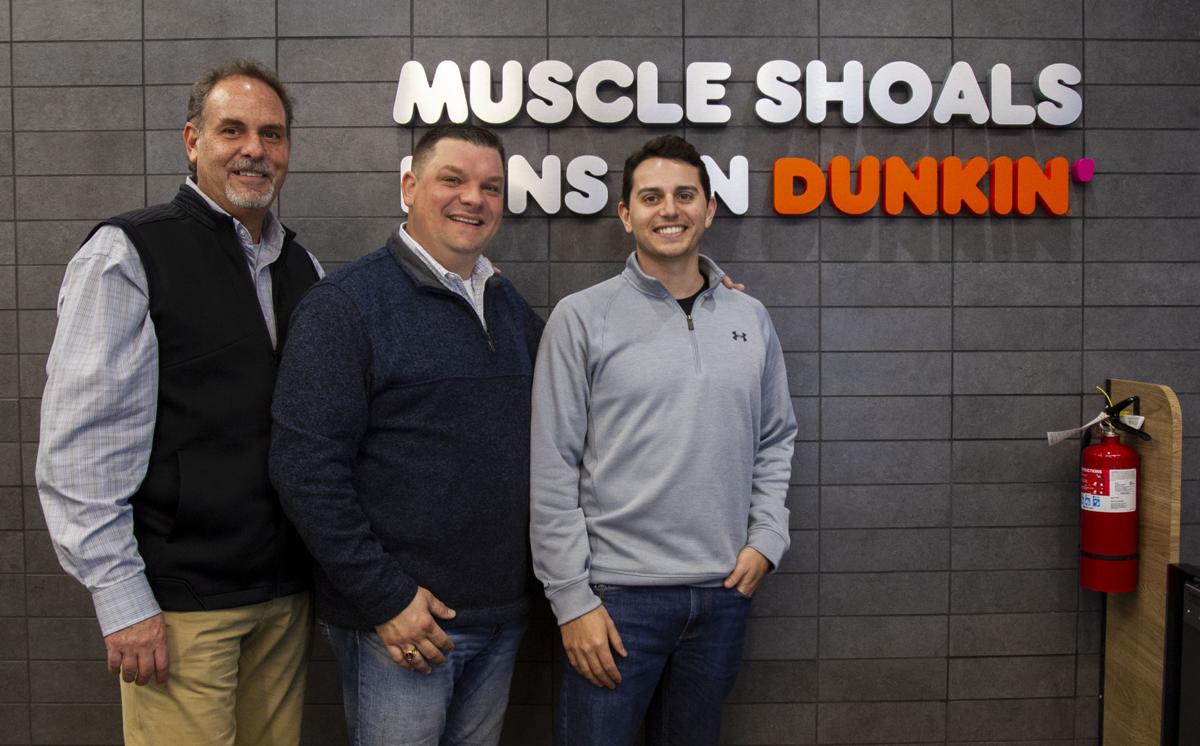 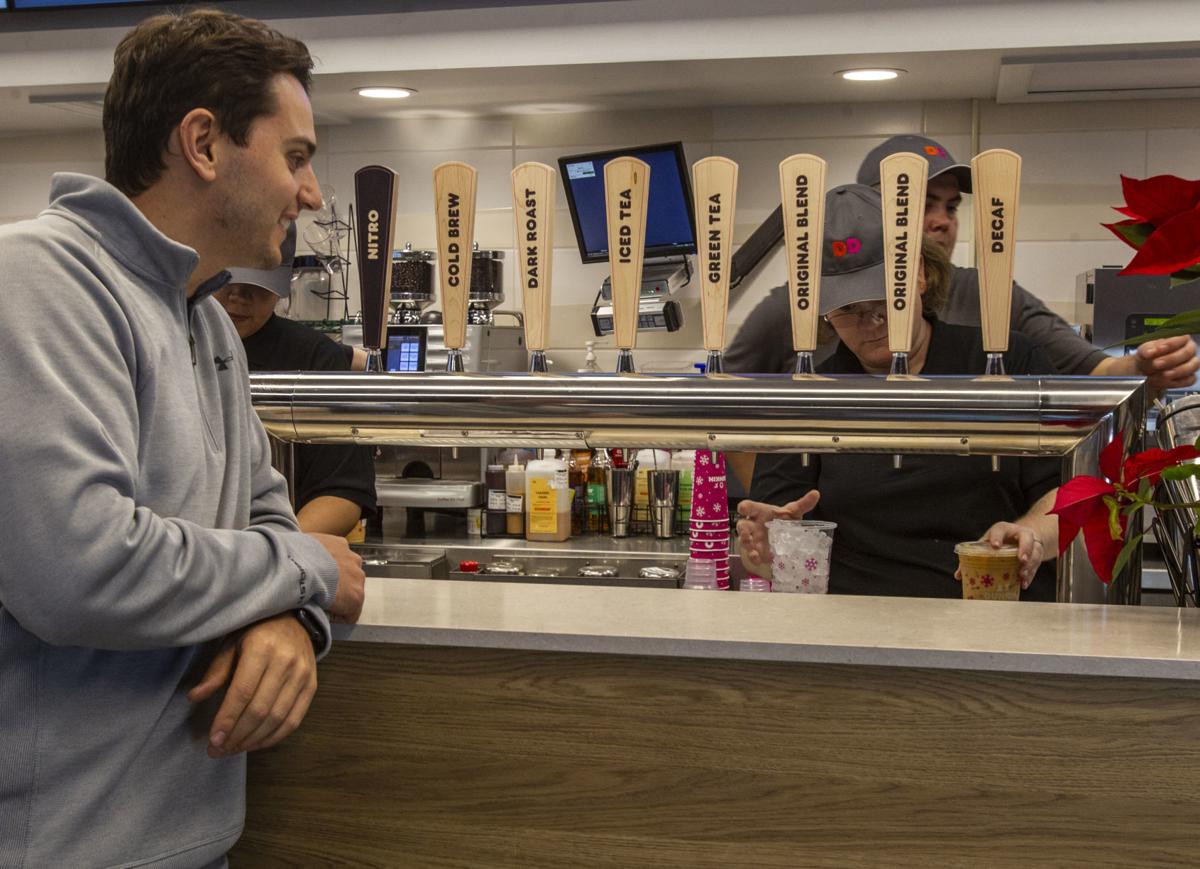 Blake Robinson talks to the employees during the busy morning at the grand opening of Dunkin Doughnuts. [CAROLINE OGLESBY/ TIMESDAILY] 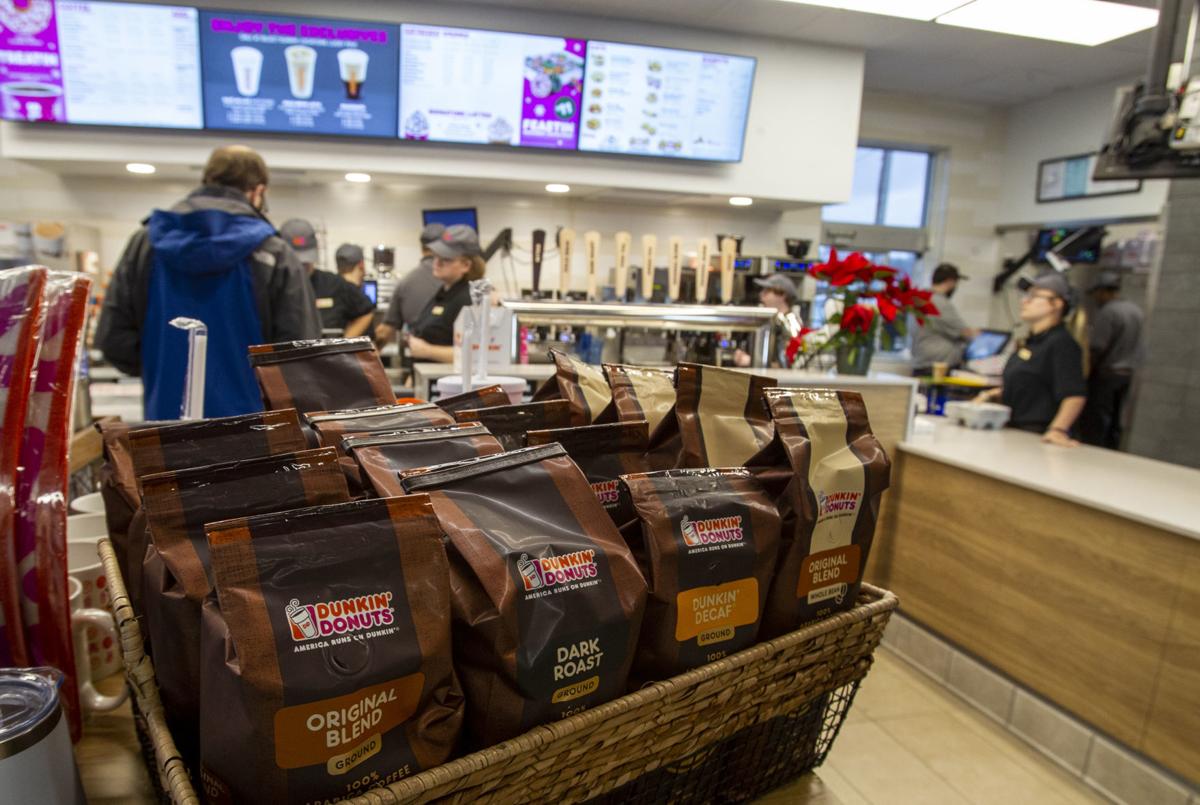 The grand opening of Dunkin Doughnuts in Muscle Shoals was off to a busy start on Tuesday. [CAROLINE OGLESBY/ TIMESDAILY]

Blake Robinson talks to the employees during the busy morning at the grand opening of Dunkin Doughnuts. [CAROLINE OGLESBY/ TIMESDAILY]

The grand opening of Dunkin Doughnuts in Muscle Shoals was off to a busy start on Tuesday. [CAROLINE OGLESBY/ TIMESDAILY]

MUSCLE SHOALS — When Dunkin' workers opened the doors to the restaurant's new Woodward Avenue location last week, they were greeted by a throng of customers.

"We had 120 people lined up," said Blake Robinson, Alabama franchisee over the restaurant. "They started lining up at 11 last night."

When they entered the business, they not only saw a new franchise but a new concept, as well.

The Muscle Shoals restaurant is part of a new Dunkin' concept called Next Generation.

That includes modern design elements, doughnuts displayed up front for customers to select, a drive-thru for mobile orders and a tap system for beverages that resembles the type of dispensers used in bars.

"It almost has a head on it like a Guinness," he said.

The menu covers more than doughnuts, expanding to sandwich selections that are offered throughout the day, including a Beyond Sausage biscuit that features a meatless sausage, Robinson said.

"It's healthier and I actually prefer its taste over real sausage," he said.

The restaurant replaces The Donut Shoppe at the 1705 Woodward Ave. location. The Donut Shoppe was a popular locally owned business that developers closed earlier this year to make way for Dunkin' – also know as Dunkin' Donuts.

Robinson said he realizes The Donut Shoppe was a popular place but intends to do everything possible to win over customers.

"We hate to see the local doughnut shop leave," he said. "That wasn't our intention. I feel awful about that."

However, Robinson said he has noticed a wave of excitement from those familiar with Dunkin' now that they are open.

"The word seems to be getting out," he said.

Tonia Johnson and Betty Riley were among the first-day customers.

A transplant from Connecticut, Riley said she has wanted a local Dunkin' franchise for years. She joked that when she moved to the Shoals and realized there were no Dunkin' locations, "I had to learn how to make coffee."

But Tuesday's opening added to an already special day for Johnson.

"Today is my 39th birthday, so this is like a birthday present for me," she said.

Riley came straight to the restaurant after a 12-hour work shift in Red Bay. She said she rarely had a chance to go to a Dunkin' before now, often seeking them out during trips.

"When we go to the Smokies, everyone comes for pancakes and I'd come for Dunkin' Donuts," she said.

Employee Crystal Warren dressed in a giant doughnut costume for the opening, greeting customers throughout the day.

"Everyone's been so excited," Warren said. "It's been fun."

Which do you use most to read books?