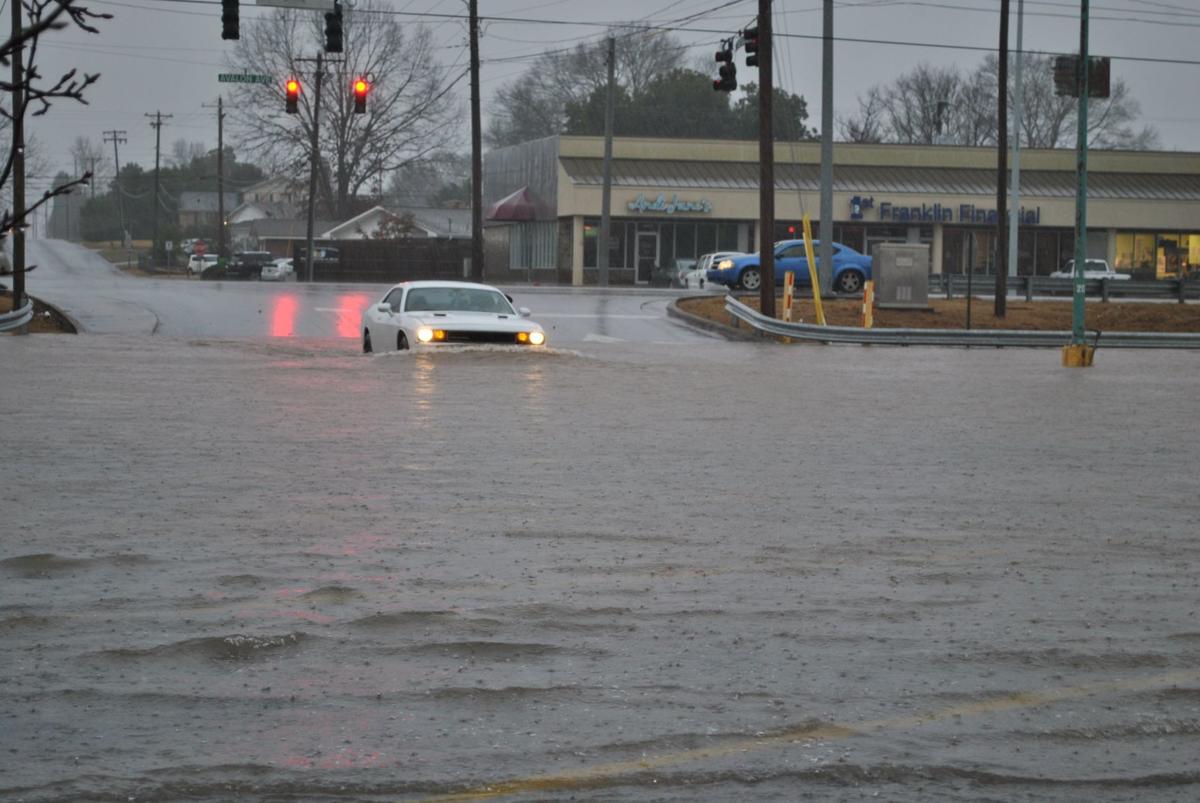 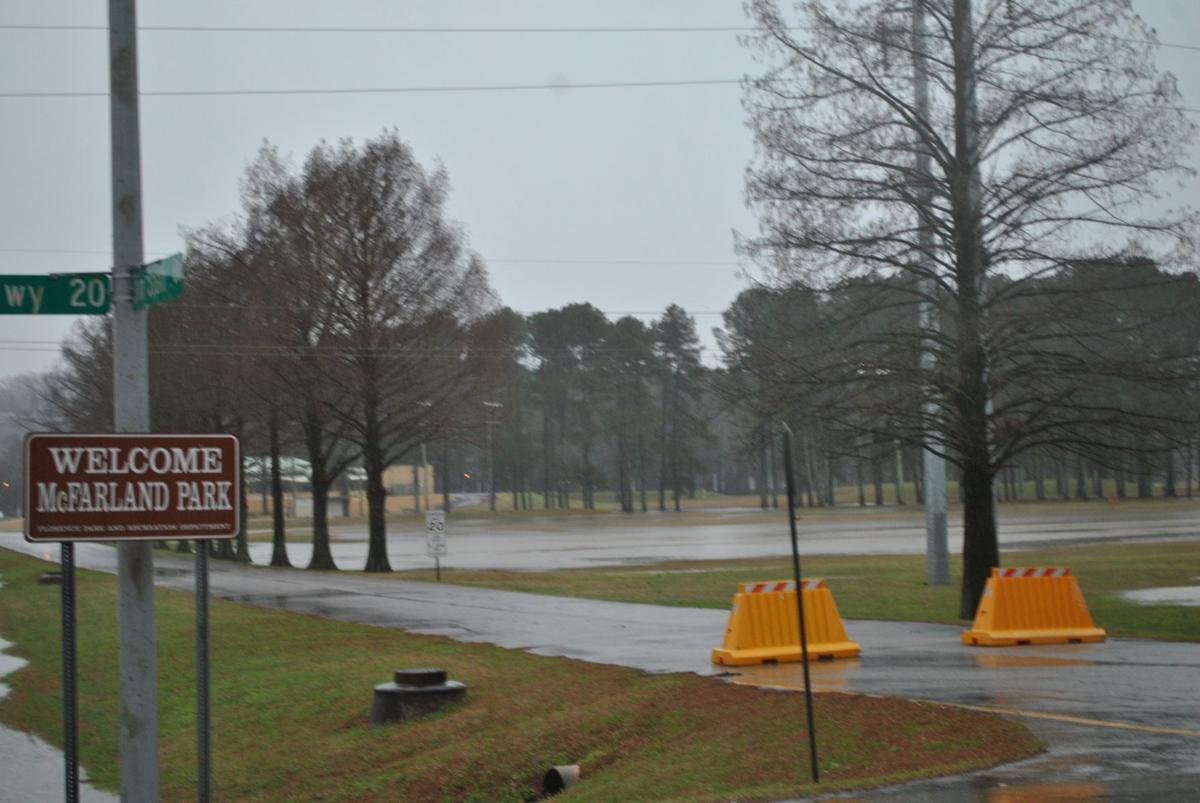 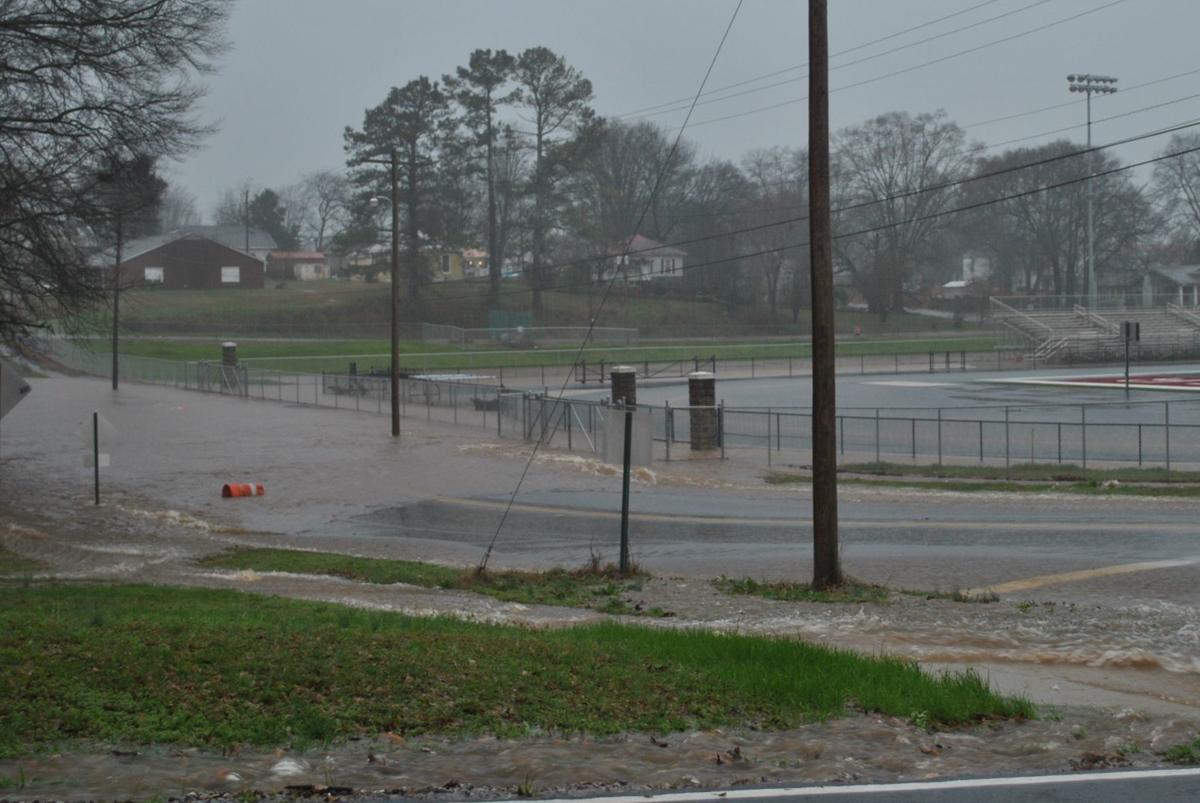 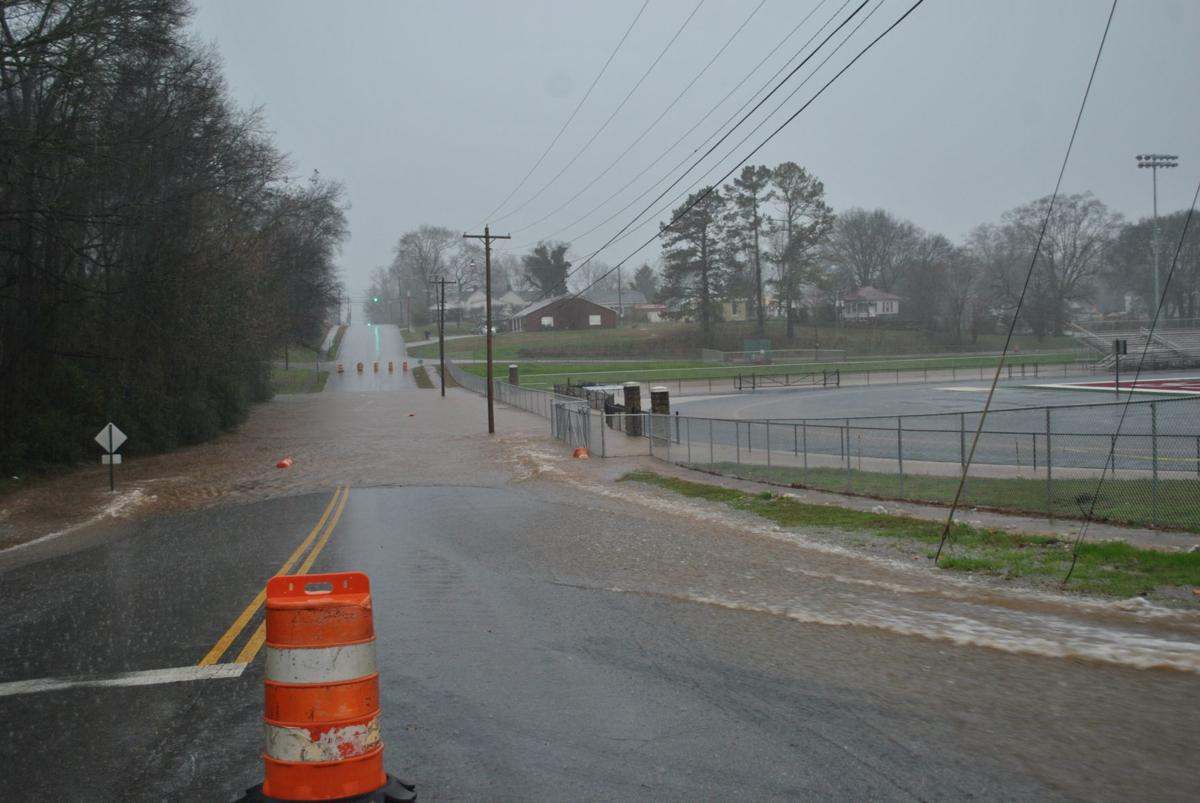 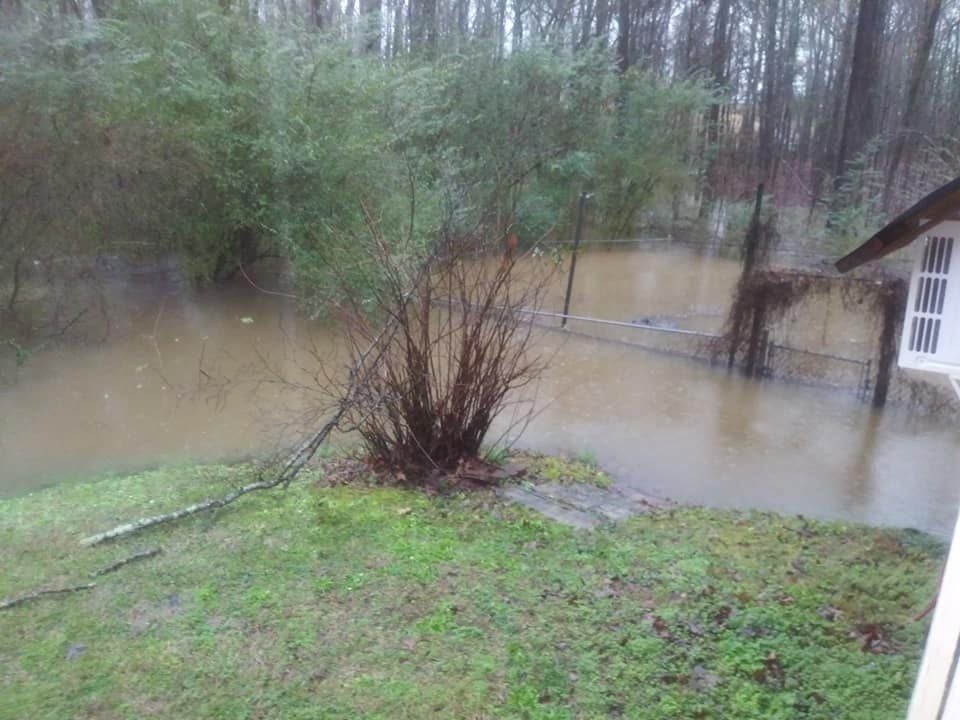 Sandy Withrow, who lives in Littleville, said a culvert near her house has been stopped up for a year, causing heavy rains to flood her yard. [COURTESY PHOTO] 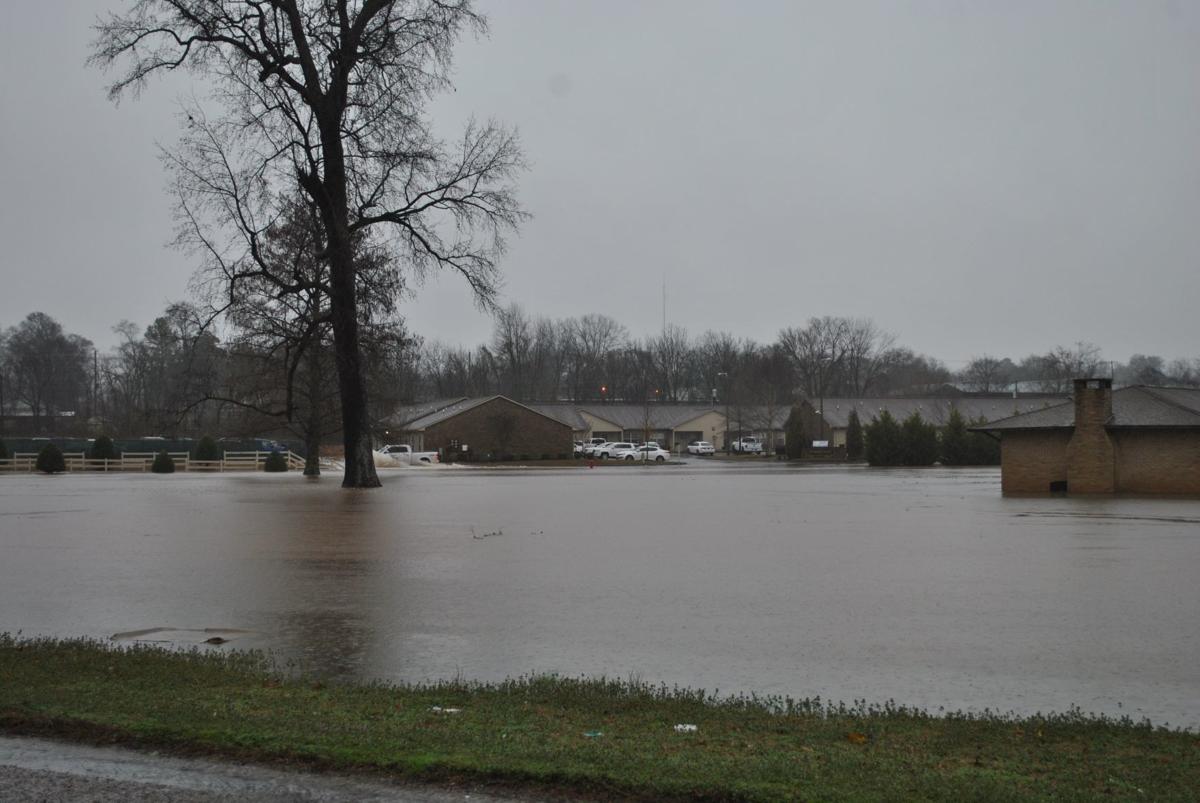 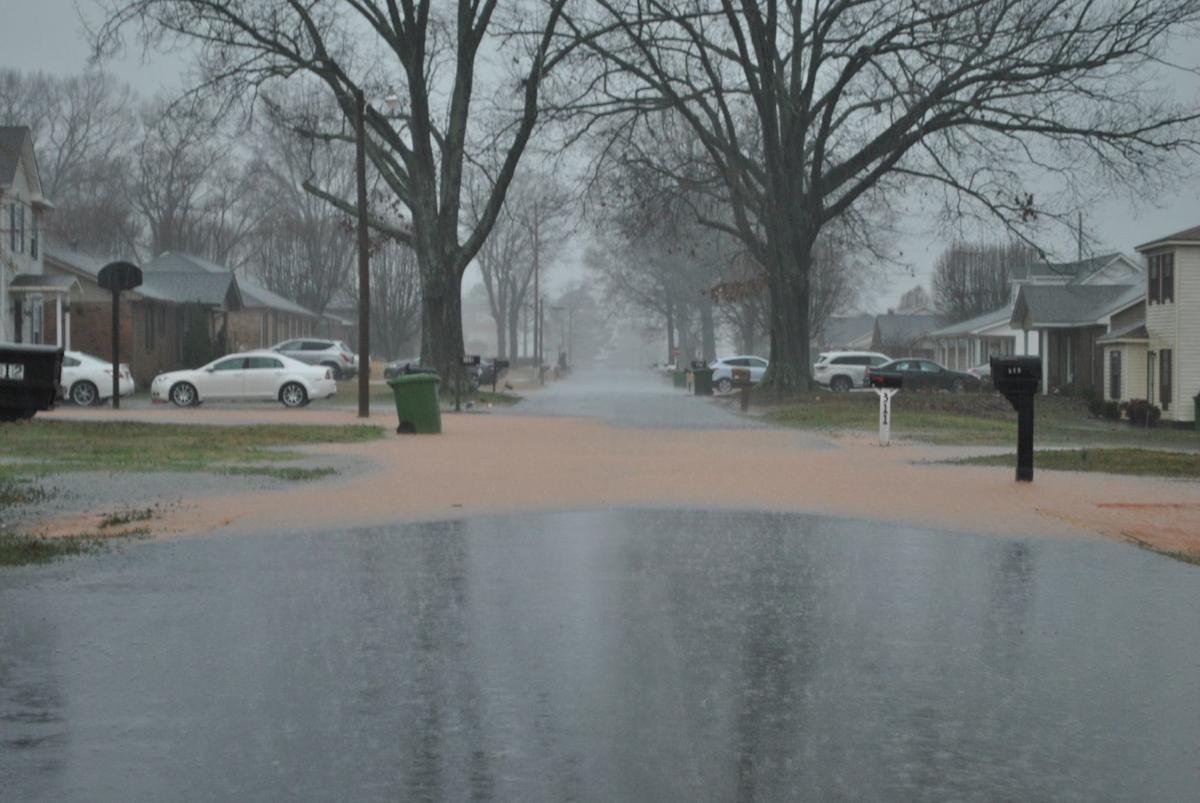 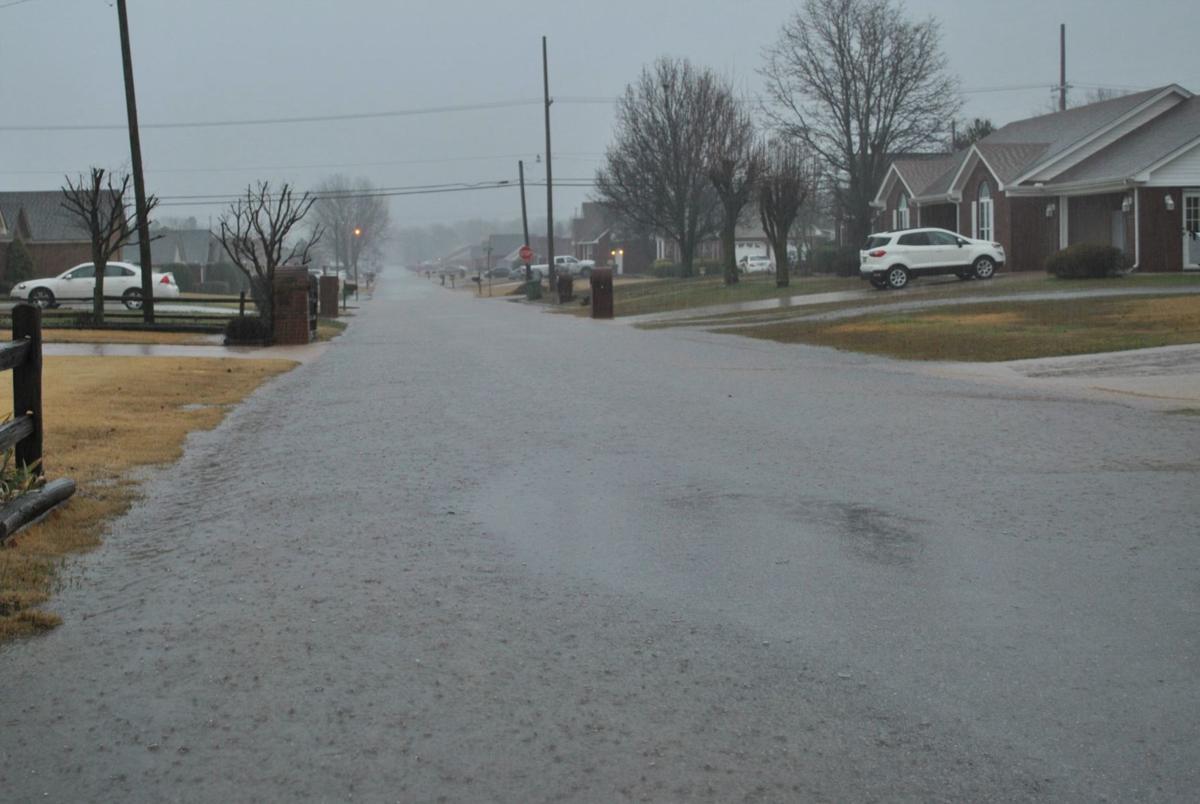 Sandy Withrow, who lives in Littleville, said a culvert near her house has been stopped up for a year, causing heavy rains to flood her yard. [COURTESY PHOTO]

The Shoals avoided the severe weather that much of the rest of north Alabama endured, but experienced a great deal of flooding Saturday morning.

Michael David Smith, director of the Colbert County Emergency Management Agency, said most flooding was on the east end of the county.

"We had flooding all over but most of the worst parts were out along Old Highway 20, right at Valley Grove Church, and all the way to Leighton," Smith said.

He said Cooks Lane and LaGrange Road also were among areas under water.

Neighborhoods in eastern Muscle Shoals that were hit with major flooding woes in February again experienced flooding Saturday, as well.

Smith said the rain gauge at his office was at 2.99 inches by the time the rainfall had reduced to a few sprinkles early in the afternoon.

The Shoals already had received 2.71 inches of rainfall this month before Saturday's deluge, according to National Weather Service data. The normal rainfall amount for the entire month of January is 4.61 inches.

Withrow said she never had flooding issues until this past year.

"My yard is 4 feet deep right now," she said around noon Saturday. "The culvert has been stopped up and I can't get anyone to do anything about it. It had never flooded until this culvert got clogged up."

Several streets were closed and travel was hazardous during a nonstop stretch of rainfall that lasted several hours in the morning. However, emergency workers said things could have been much worse. A great deal of Alabama had severe thunderstorms and tornadoes throughout the day as a strong cold front made an eastward pass across the state.

The Shoals was under a tornado watch in the morning but never went under a warning. Early in the morning, the area saw major wind gusts of 40-plus mph or more, but the fast-moving line passed through earlier than the anticipated 10 a.m.-to-noon window for the Shoals without kicking up severe weather.

"We lucked up that it sped up and came in early," Smith said.

The line grew in intensity after passing through northwest Alabama as the day went along and temperatures heated up.

It was unusually warm in the Shoals on Saturday morning, with the temperature hitting 70 degrees by 8 a.m., according to the weather service. However, it fell into the low 60s by 10 a.m. and was expected to drop to 39 degrees overnight.

"We've been very fortunate," Lauderdale County EMA Director George Grabryan said. "We were not at the heat of the day when it passed through and we'd already had a decline in temperatures, so I'm happy with that."

Some trees were downed in the Shoals and some power lines were downed on Shop Pike in Sheffield but no major damage was reported.