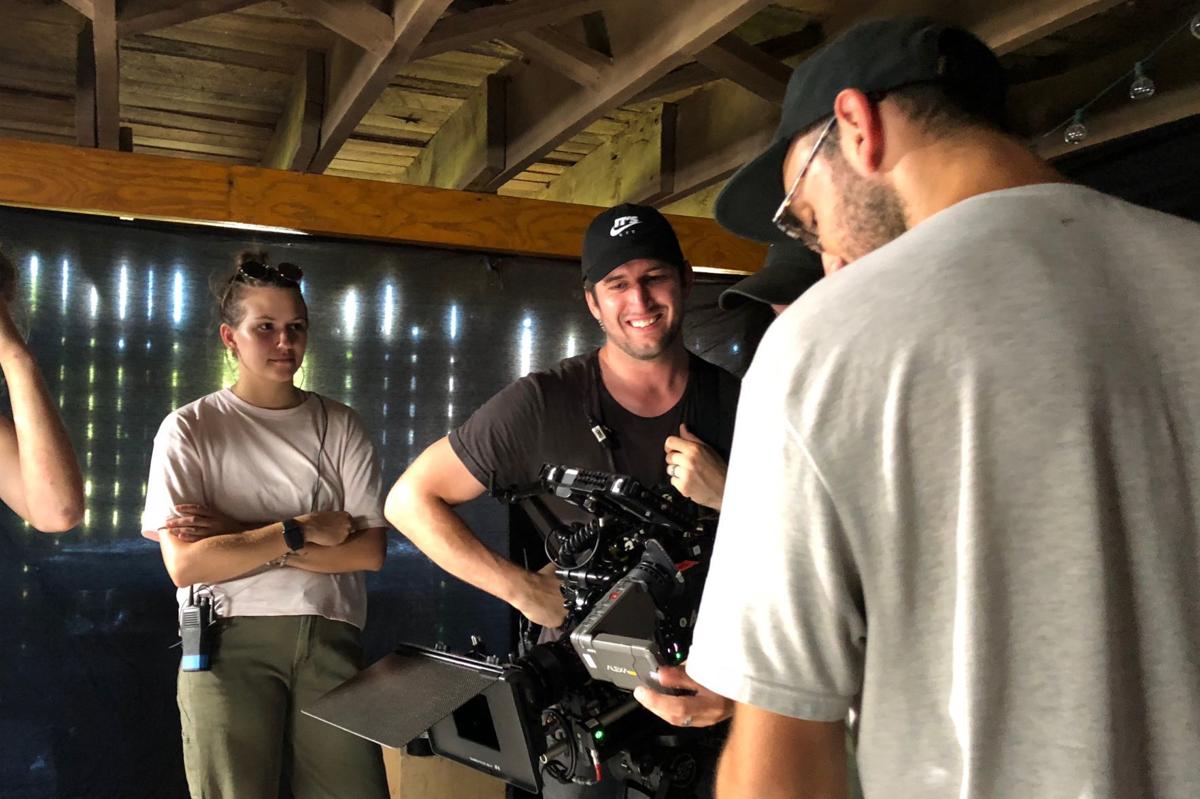 Florence native Ben Skipworth, (in black shirt) recently won an Academy of Country Music Award as producer of the Video of the Year winner, "Drunk Girl." Skipworth is a Brooks High School and University of North Alabama graduate. [COURTESY PHOTO] 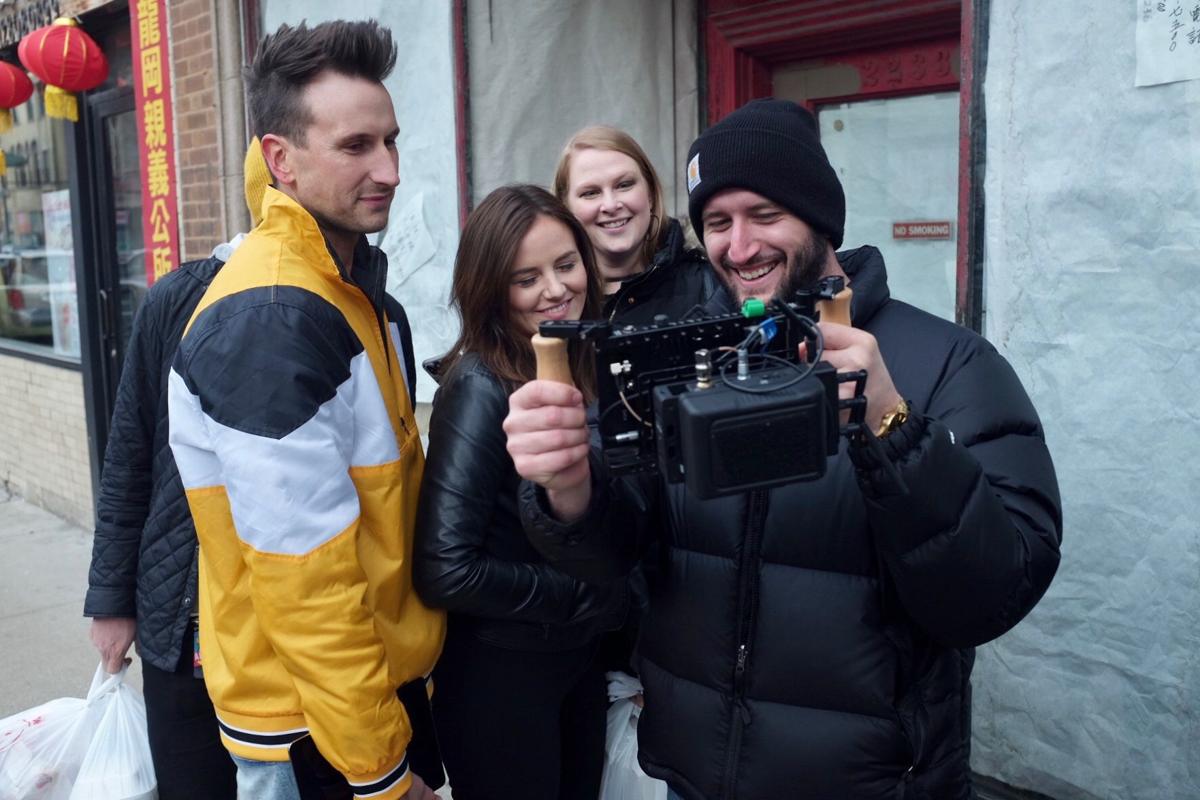 Florence native Ben Skipworth, (in black shirt) recently won an Academy of Country Music Award as producer of the Video of the Year winner, "Drunk Girl." Skipworth is a Brooks High School and University of North Alabama graduate. [COURTESY PHOTO]

To the contrary, the 29-year-old film/video producer says he's determined now to work even harder.

Skipworth, a 2008 Brooks High School graduate with a (2012) degree from the University of North Alabama's Entertainment Industry program, said he refuses to sit back and rest because of the award.

"I always want to be better and this just makes me want to work longer and harder and be better than before," he said.

"The most successful mentors I have in this (music) industry don't stop and celebrate. They're grateful but they push just that much harder."

Skipworth's win last Sunday had him in impressive company on country music's biggest night, this year hosted in Las Vegas.

He won for producing the Video of the Year, "Drunk Girl" by Chris Janson.

The Nashville resident and owner of Inkwell Films was nominated for a second video this year as well, "Burn Out" by Midland.

In addition, he was nominated last year for Video of the Year.

While his first win just came, his name already is known among the elite of country music.

In a single month, Skipworth has worked with about six different artists, including Darius Rucker, Brad Paisley and George Strait.

But in the midst of his hectic schedule, Skipworth, who is also a musician, said he strives to keep his feet on the ground by remembering who he is and from where he came.

Who he is, is the former team captain of his Brooks Lions football team, the guy who had a passion for sports and a quirkiness, even then, that led him into small-time video shoots that never failed to get a lot of laughs and attention.

He jokes that even now he uses various sports-related lessons and habits in his work, like bringing a team building element to what he does.

"Me and my friends in high school were always filming crazy stuff, just having the best time," he said. "Once I got out of high school my interest in it just really turned a lot more serious. I set a goal pretty early on to one day direct."

"I always remember them telling me that I can do a lot more than what I have my (short-term) sights set on," he said.

He has also produced some short films and documentaries, one of them making it into the coveted Tribeca Film Festival.

But life since graduating from UNA hasn't been a cakewalk, he insists. In fact, from the day he moved to Nashville in 2011, it's been a constant grind, he said. His wife, Jessie, who handles the business end of his career and for his company, has been right by his side. Now, he also has a five-month-old son for whom he's determined to model the value of a strong work ethic.

"I don't mind busy, in fact, I thrive on having a lot to do, mainly because I have an amazing wife to keep it all straight," he laughed. "But I'm pretty resourceful. You have to be in the production business."

In regard to his winning music video, he laughs that it came together specifically because of his resourcefulness — and an old high school friend.

"Chris (Janson) made it clear that he needed a white baby grand piano for the video," Skipworth said. "And since the producer has to make all those things happen, I got on it. I located one in Kentucky, so I called my faithful friend from Florence, Cody Berry to help me. That dude took the day off from work to drive to Kentucky to get it and bring it to me. When Chris got to the shoot, he couldn't believe we had one. That piano made the video spectacular with the reflection of the rain on the road being such a great touch. It's going to be one of those iconic videos for sure."

And reflections of home have also made it into his videos like when a teenage girl is wearing (Skipworth's) Brook's High School jacket.

His down-to-Earth approach with his work and his life, as well as his drive to fulfill his passions, are the very characteristics that made his college instructors take notice of Skipworth as a student. They likewise aren't shocked at his success.

UNA Entertainment Industry Instructor Janna Malone, whom Skipworth credits as being a constant encourager and who "grounded me in the reality of the business," said she and her co-workers knew he was something special.

"I knew he was going to be different because of his drive," Malone said. "He was a great student in the classroom and went above and beyond. He just had the passion and self discipline for it. His work ethic alone will open a lot of doors for him and I believe this is the first of many awards for him."

Malone said Skipworth is a positive reflection on the UNA program and it's good for current students to see someone who's made it and living his dream.

"It's a tough industry and he really stuck with it during those rough years when things were hard."

Skipworth credits his mom, Sonya, an art teacher in the Lauderdale County school system, as his creative force in life who always encouraged him to pursue his dreams.

"She's insanely creative and she just pushed me to do what I wanted to do in life," he said.

"Nothing is ever just handed to you and I'm willing to work for it. Maybe that's the key. Or maybe it's just that I have a lot of really weird ideas and fortunately for me, they've worked out."