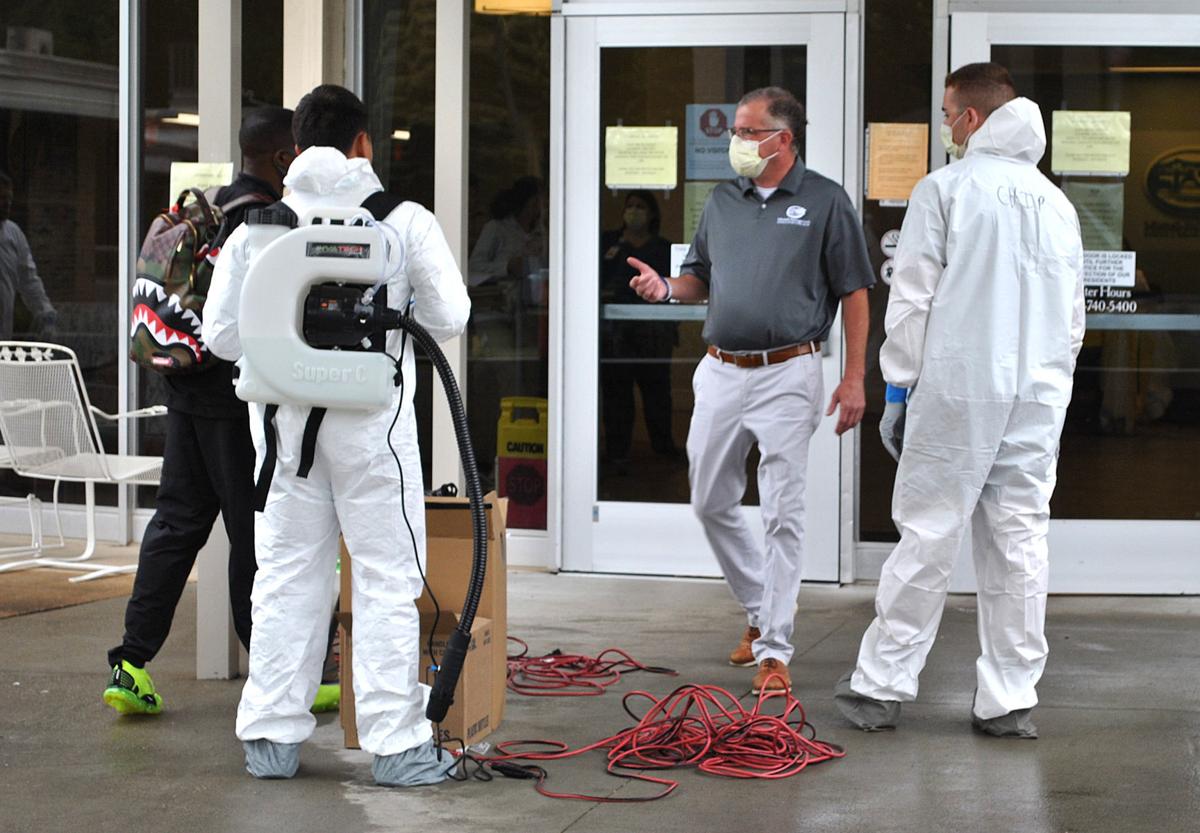 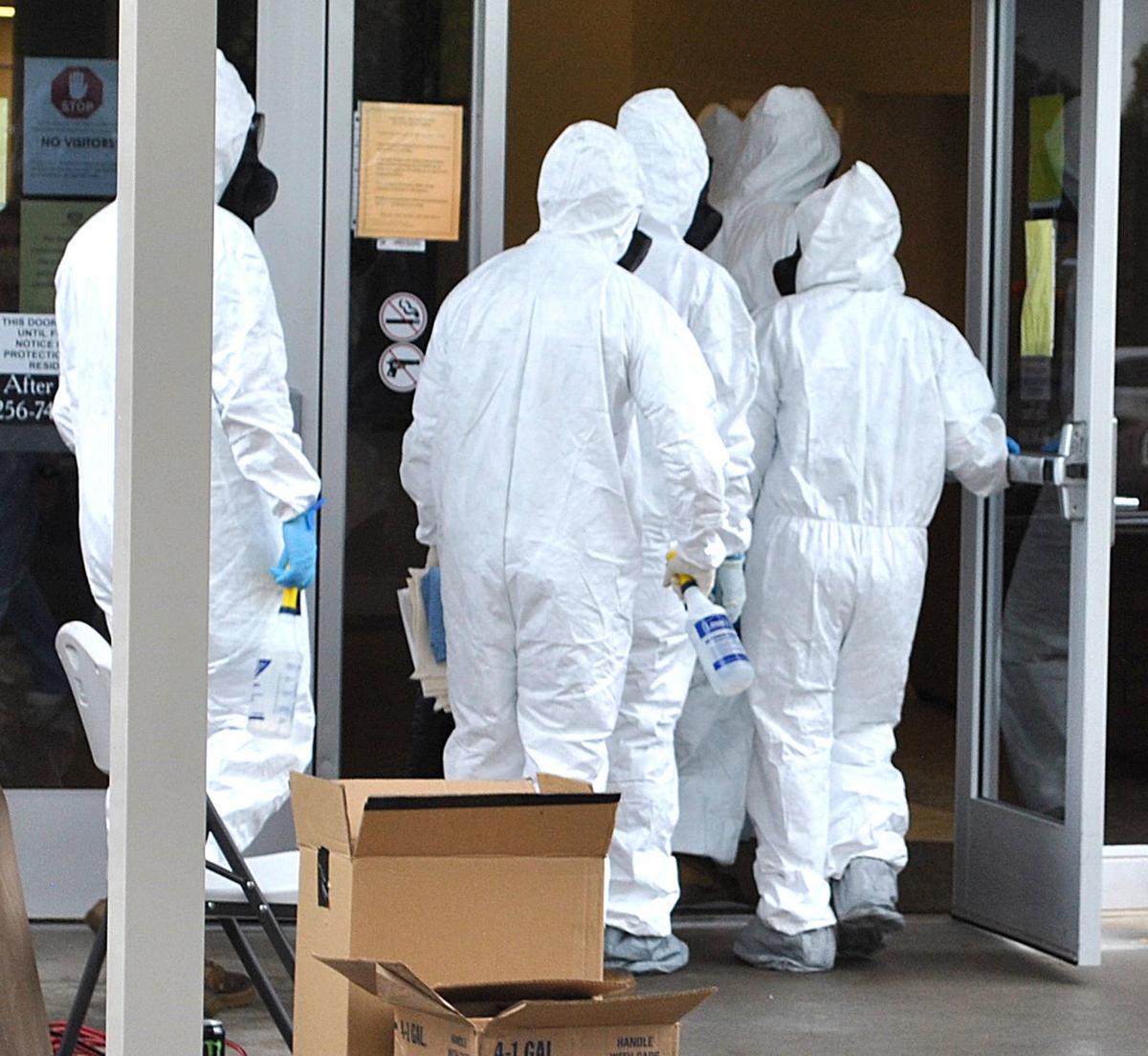 The mission had been planned more than three weeks ago, but the timing worked out well since a Mitchell-Hollingsworth worker tested positive for COVID-19 last week, Administrator Brian Scheri said.

"They are going to go throughout the building in the common areas, wiping down patient rooms and just providing another level of protection for our residents," Scheri said.

The Guard's Task Force 31 and the Alabama Nursing Home Association joined forces to create the projects due to the coronavirus outbreak.

Scheri said two teams did the work since the facility is so large. They organized outside the front entrance, donned personal protective equipment, and went inside.

Mitchell-Hollingsworth has 188 residents and more than 200 employees.

"One team's going to go one way, the other is going to go the other way, and they're just going to work their way backwards to where they're at now," he said. "They'll be fogging the hallways and wiping it down, and wiping down the patient areas. The patients will be safe during all this process. This is one of many facilities they have done."

"Knowing that we're helping contribute to a bigger policy, it means a lot," Biggs said. "We're being as cautious as we can to support everyone, and making sure we're being as thorough as possible."

A member of the task force came to the facility a few weeks ago to help make preparations for Wednesday's disinfecting, and to make sure everyone was aware of what would happen, Scheri said.

"She left photos of what the folks will be wearing so we were able to show our residents and inform our family members and our staff members of what to expect," he said.

Scheri said Mitchell-Hollingsworth employees are doing all they can to protect patients against the pandemic.

He said Mitchell-Hollingsworth tests for COVID if anyone shows signs and symptoms. In addition, new residents are tested when they are admitted. The facility has a separate wing for new admissions.

No residents have contracted the virus, but the facility has a unit set up in the event one does.

"There was never a playbook for this," Scheri said. "We just had to learn from the experts, follow their guidance and work through this, like we all have regardless of the industry."

Scheri commended the task force and nursing home association for the cleaning program.

"I'm proud of what they've offered our state," he said. "I know it's a cliche to say we're all in this together, but this shows we are."