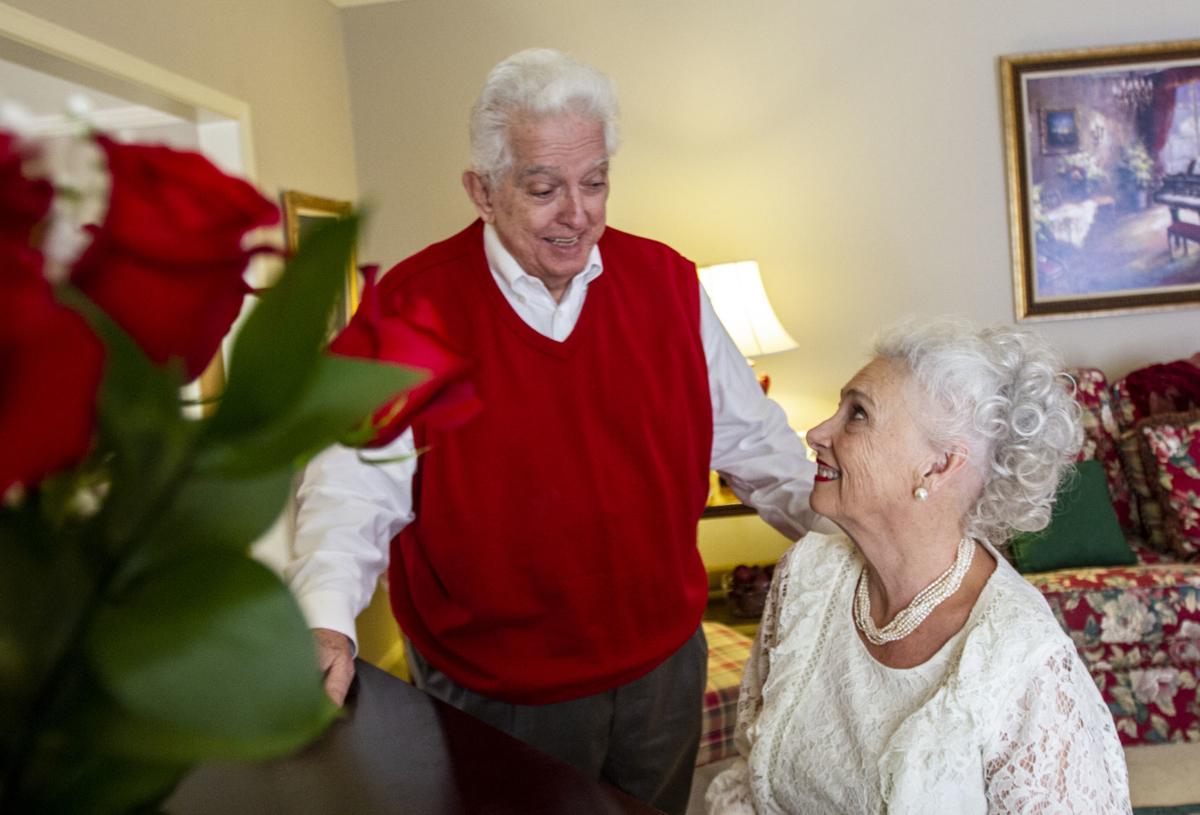 Jim Bevis listens as his wife, Anne, plays the piano in their home. Anne gave up a promising singing career to marry Jim in 1960 when she was 18 years old.  [CAROLINE OGLESBY/ TIMESDAILY] 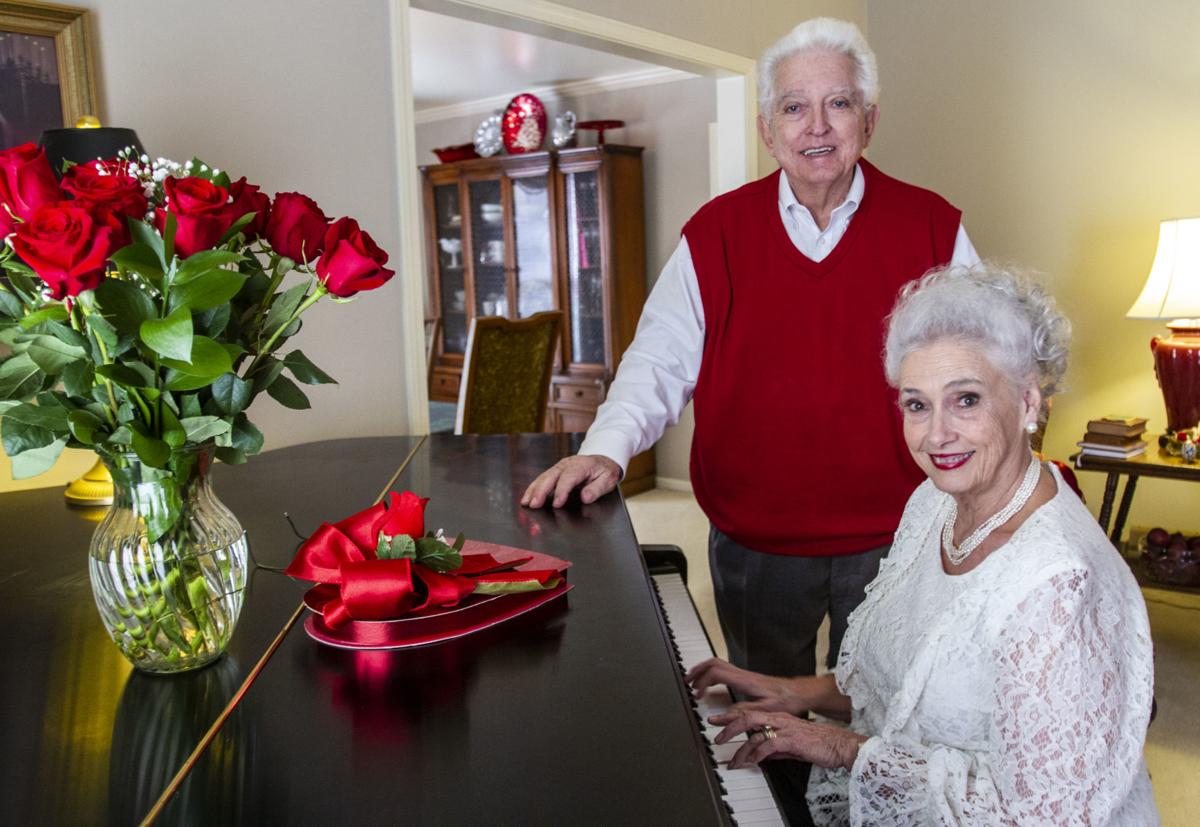 Jim and Anne Bevis stand beside the baby grand piano in their home. The couple has been married for 60 years. [CAROLINE OGLESBY/ TIMESDAILY]

Jim Bevis listens as his wife, Anne, plays the piano in their home. Anne gave up a promising singing career to marry Jim in 1960 when she was 18 years old.  [CAROLINE OGLESBY/ TIMESDAILY]

Jim and Anne Bevis stand beside the baby grand piano in their home. The couple has been married for 60 years. [CAROLINE OGLESBY/ TIMESDAILY]

FLORENCE — Every day is like Valentine's for Jim and Anne Bevis, and it's been that way for 60 years, they say.

The Florence couple celebrated 60 years of marriage on Jan. 23 with a trip to Memphis, Tennessee, including a tour of Graceland and a fancy dinner.

"We didn't see Elvis on our trip, but we sure saw evidence that he'd been there," Jim said with a laugh.

The couple's life together has been, in a word, adventurous.

Jim, a minister for the Church of Christ across the region for 30 years, is still involved in ministry with Anne. The two have operated CSR Ministries since 1991.

For Jim, it was love at first sight, via television.

Anne — one half of the Wagnon Sisters singing act of the 1950s — was performing with her sister, Rebecca, on the Ed Sullivan Show.

The sisters had signed a four-contract with RCA, the label they chose because Elvis was also on it.

"We were headed for the big time for sure," Anne recalls. "We were just two little girls from Wheeler Mountain. I was a senior and Becky was a junior at Deshler High School."

With parents encouraging the girls to dream big, they entered some contests and fared well. They won the talent competition at the North Alabama Fair, then went on to the MidSouth Fair in Memphis. With that Grand Sweepstakes award win came an all-expense paid trip to New York City, where the sisters stayed 19 days. During that time they received offers from more recording companies than they could count.

"All we knew was that Elvis was with RCA, so we went with RCA," Anne said.

Once back home, life took another turn for the Wagnon Sisters.

Having seen Anne on television and learning she was from Tuscumbia, Jim began plotting his pursuit. He was a college student at the time at Florence State University.

Jim was preparing for a leadership retreat at the college and invited the Wagnon sisters, through their agent, to be the entertainment.

The girls' agent told them to go so they could be around people their own age for a change.

Jim, already smitten with Anne, mustered up the courage to ask if he could call her.

Anne's response was a cool and collected, "I guess."

It was the first date of a lifetime of dates for the couple.

The Wagnon Sisters never fulfilled their RCA contract as Anne married Jim in 1960, but both women have each done solo projects and continue to be involved in music.

Jim said he was concerned that Anne would regret not pursuing music professionally. Both say that's never been an issue.

"Even though Anne's life took a different direction, it's certainly not been boring," Jim said. "I think the Lord made up the difference."

Anne has had the opportunity to sing around the world. "Music is still a big part of my life," she said.

The couple will celebrate Valentine's Day tonight with yet another nice dinner out.

"I try to be a valentine to Anne daily, and we work on our marriage," said Jim, who is now 82. "We enjoy each other and we haven't become a couple of old grouches."

For 78-year-old Anne, following her own advice helped sustain their 60-year marriage.

"Don't lose your sense of adventure, remain teachable and embrace change," she said of her advice. "If you do those things, you'll succeed."