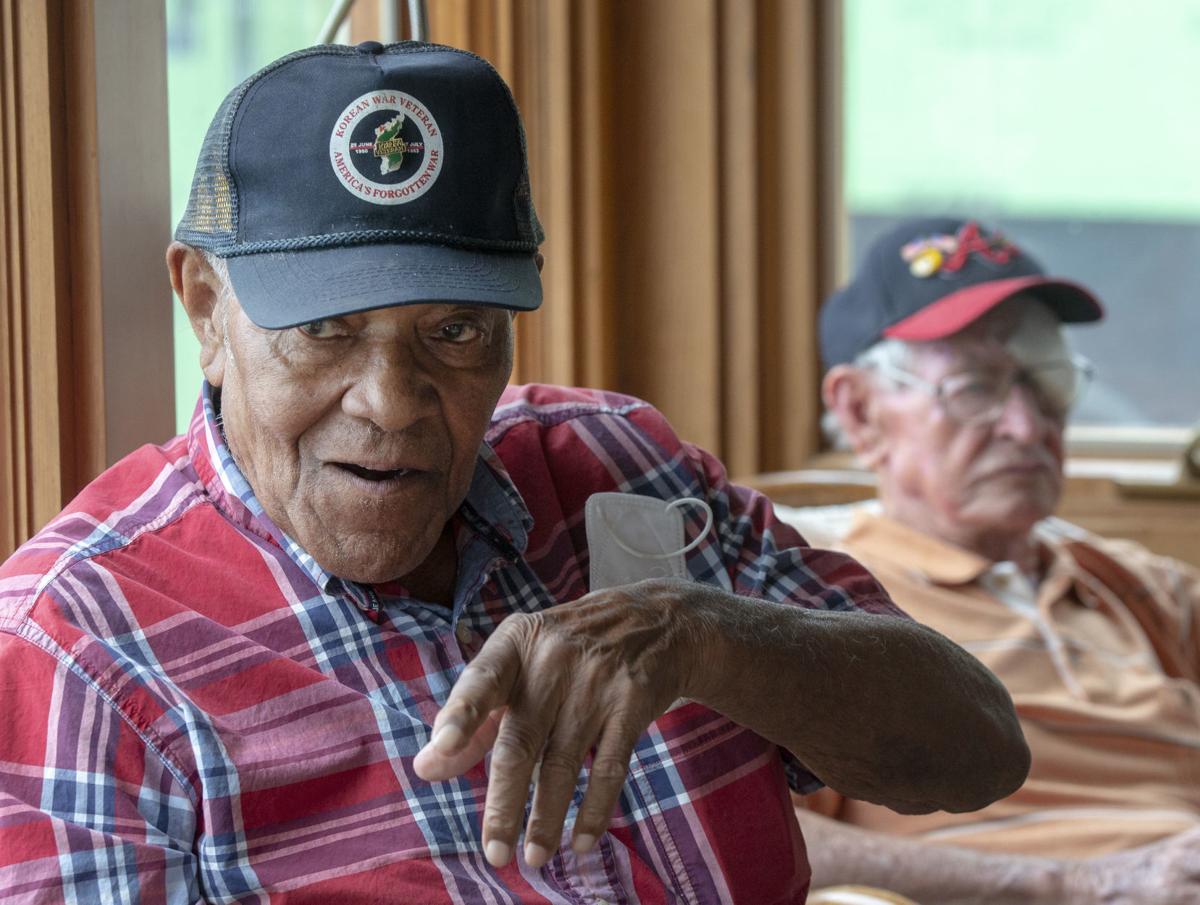 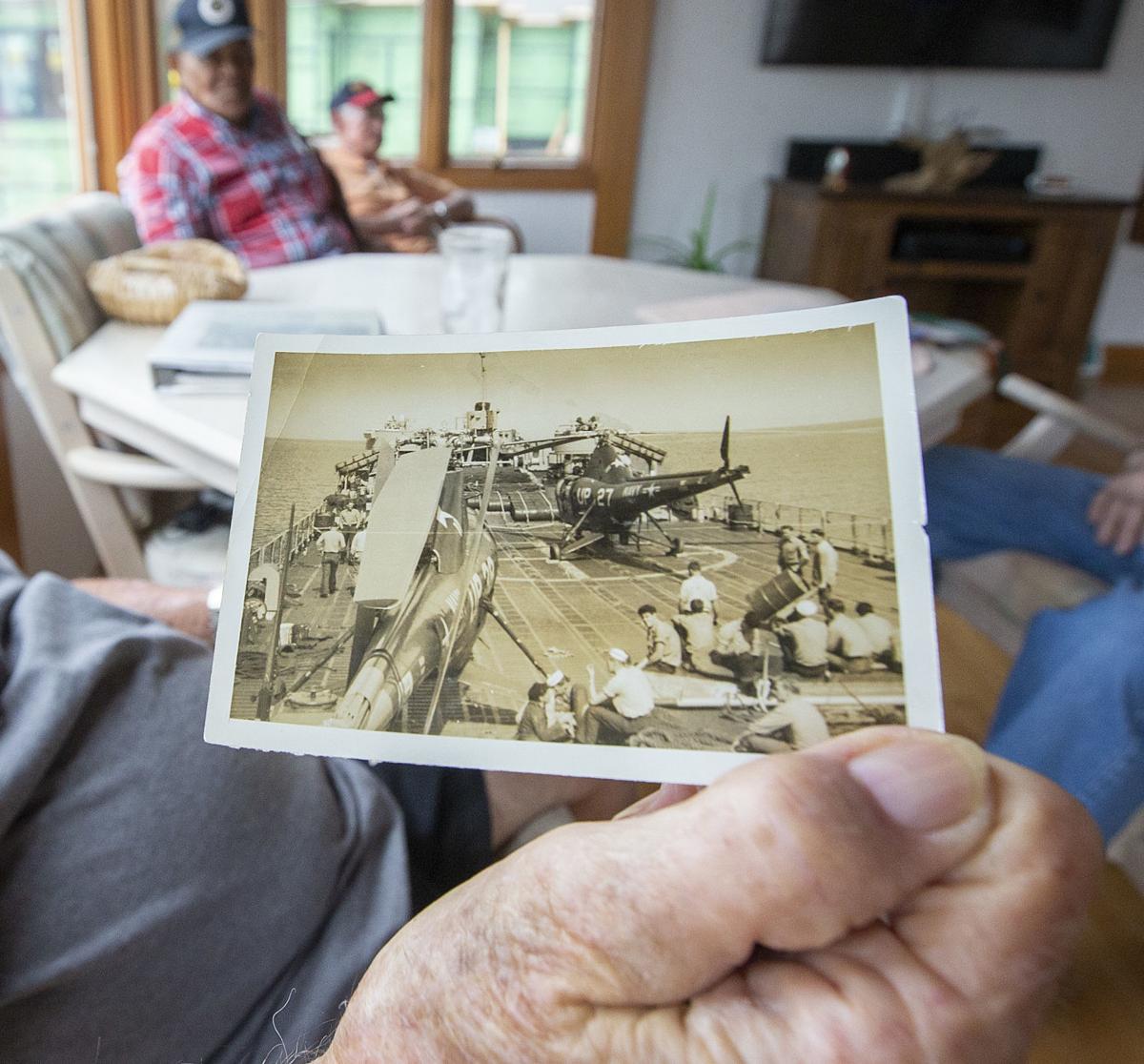 Veteran James Taylor holds up a photograph of a helicopter that landed on the Landing Ship Tank vessel he served upon during the Korean War. [MATT MCKEAN/TIMESDAILY] 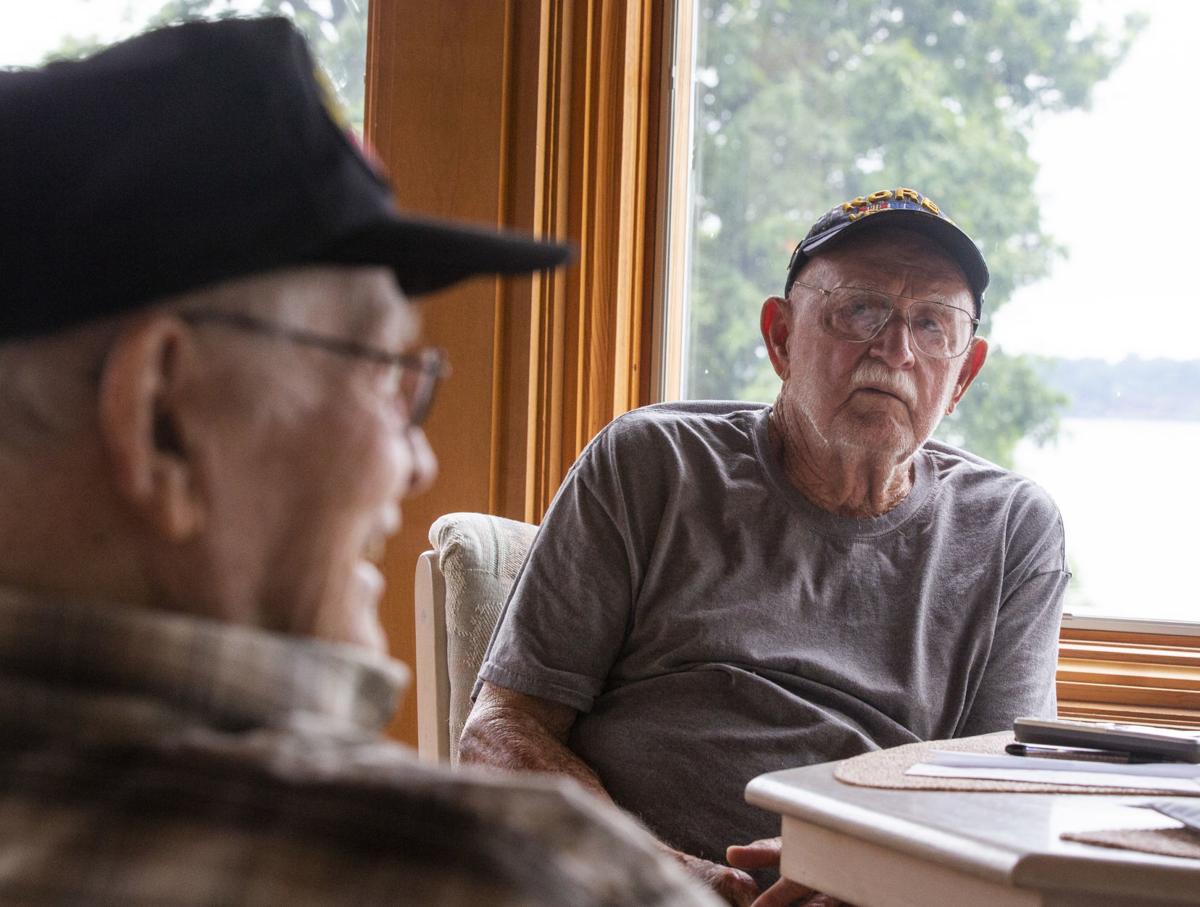 Veteran James Taylor holds up a photograph of a helicopter that landed on the Landing Ship Tank vessel he served upon during the Korean War. [MATT MCKEAN/TIMESDAILY]

MUSCLE SHOALS — It's been called "The Forgotten War" but Richard Ricks wishes he could escape the memories.

Sitting among fellow Korean War veterans Wednesday, Ricks recalled a prayer a chaplain gave to him and his fellow troops as they were getting ready to try to take a mountain in what would be Ricks' first time in combat.

He added, solemnly: "And that chaplain was right."

To this day, Ricks has difficulty sleeping after he watches a war movie.

"If I watch any at all, that's where my nightmares get me," he said.

Ricks and a handful of Korean veterans gathered at James Taylor's home Wednesday, one day ahead of the 70th anniversary of the start of America's entry into the Korean War.

"It was a terrible time," Taylor said. "People don't realize how bad it was."

He was among Korean veterans who were in the Tell America program that had gone to schools and talked to students about the war. However, as the veterans have aged, the program has ended locally.

"You just can't get guys who are able to do that anymore," Taylor said. "I have requests all the time from schools. The last year we did it, we talked to 2,200 kids."

The U.S. and allied troops were successful in their mission. America entered the war after communist North Korea crossed the 38th Parallel that separates it from South Korea, but the allies pushed them back, despite China joining North Korea's efforts.

To this day, South Korea enjoys freedom and has become highly prosperous. South Koreans also have not forgotten and frequently give expressions of generosity, Taylor said.

"It feels like the South Korean government looks out more today for us than our own government does," he said.

Taylor said he hopes someone is there to pass on the history of the war and how important it was for freedom, not only for South Korea but internationally.

"I grew up in Waterloo, Iowa," he said. "We'd never heard of Korea before the war. When we went, nobody knew we left. Nobody knew when we returned and nobody cared.

"That's been my thing," he said. "The Korean War is the forgotten war and continues to be."