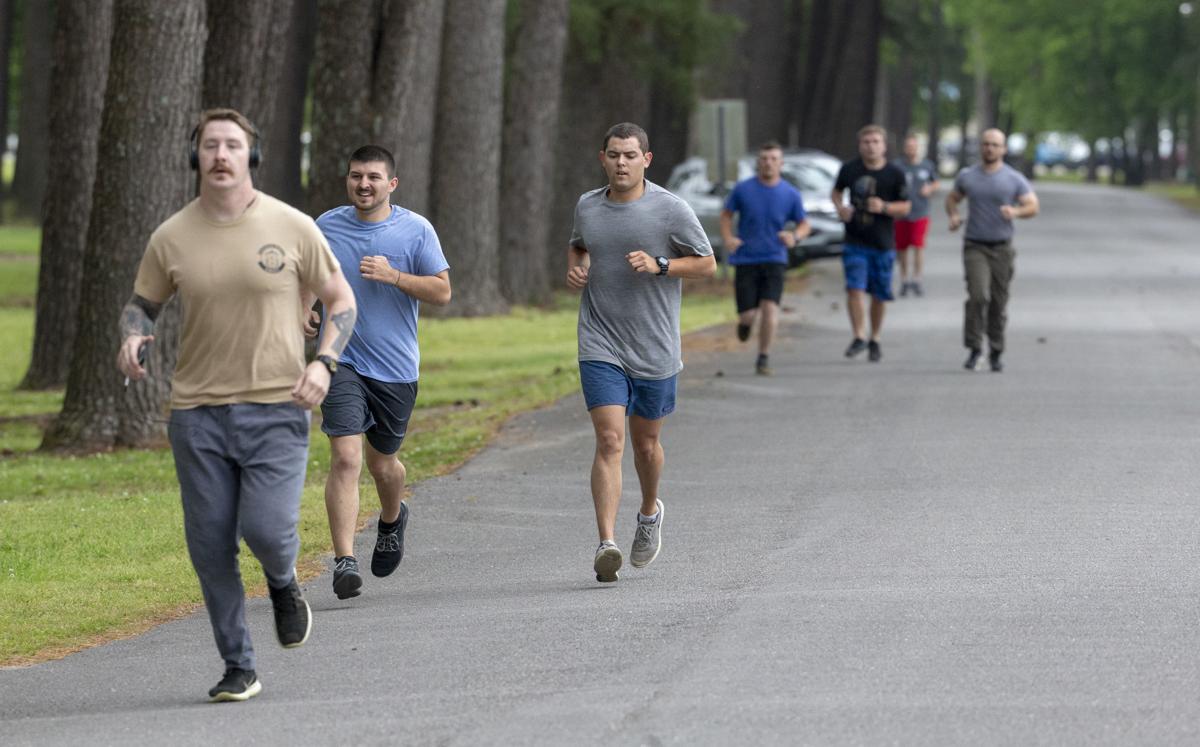 A Lauderdale County Sheriff's deputy leads a group of job applicants on a run through McFarland Park on Thursday. The applicants are required to pass a physical test before they can be considered for hire. [MATT MCKEAN/TIMESDAILY] 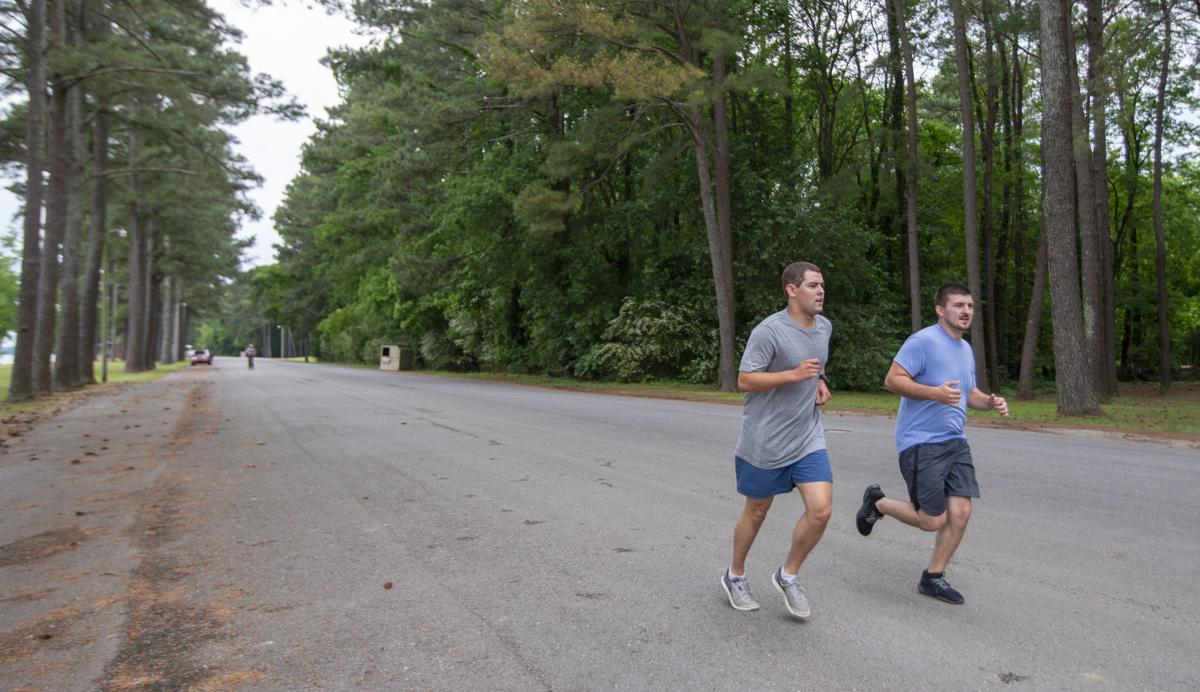 A Lauderdale County Sheriff's deputy leads a group of job applicants on a run through McFarland Park on Thursday. The applicants are required to pass a physical test before they can be considered for hire. [MATT MCKEAN/TIMESDAILY]

FLORENCE — Some of the applicants for an open Lauderdale County Sheriff's Office deputy position went through physical ability testing Thursday at McFarland Park.

For Sheriff Rick Singleton, the scene was an indicator of an increased interest in a position with the sheriff's office in recent months since the Lauderdale County Commission approved a pay rate increase for deputies and jailers.

"The County Commission has been great," Singleton said. "We've added 10 positions, as far as sworn deputies in the office. That does not include 10 part-time school resource officers."

The pay rates for an incoming deputy range from $35,000 to $39,000 depending on factors such as education, training and experience, the sheriff said.

The commission approved the new pay scale in September as part of its fiscal 2019-20 budget. Commissioners said the change would cost approximately $300,000, but would assist in retention and recruitment.

Today, the department has 48 deputies, including Singleton. That number rises to 58 when resource officers are included, he said.

At one point, that number had been as low as 38.

"Back in 2015, we might have three deputies working a shift," Singleton said.

Today, five are assigned to each shift and a sixth is in a power shift, which is a combination of a half-day, half-night shift, he said.

The sheriff said the training applicants underwent Thursday was being conducted to make sure they meet the state physical requirements necessary to qualify as a deputy.

"They take that test the first day at the academy," Singleton said. "We make sure they can do that part of it before we hire them. Next week, we'll do interviews and make a hiring determination after that."