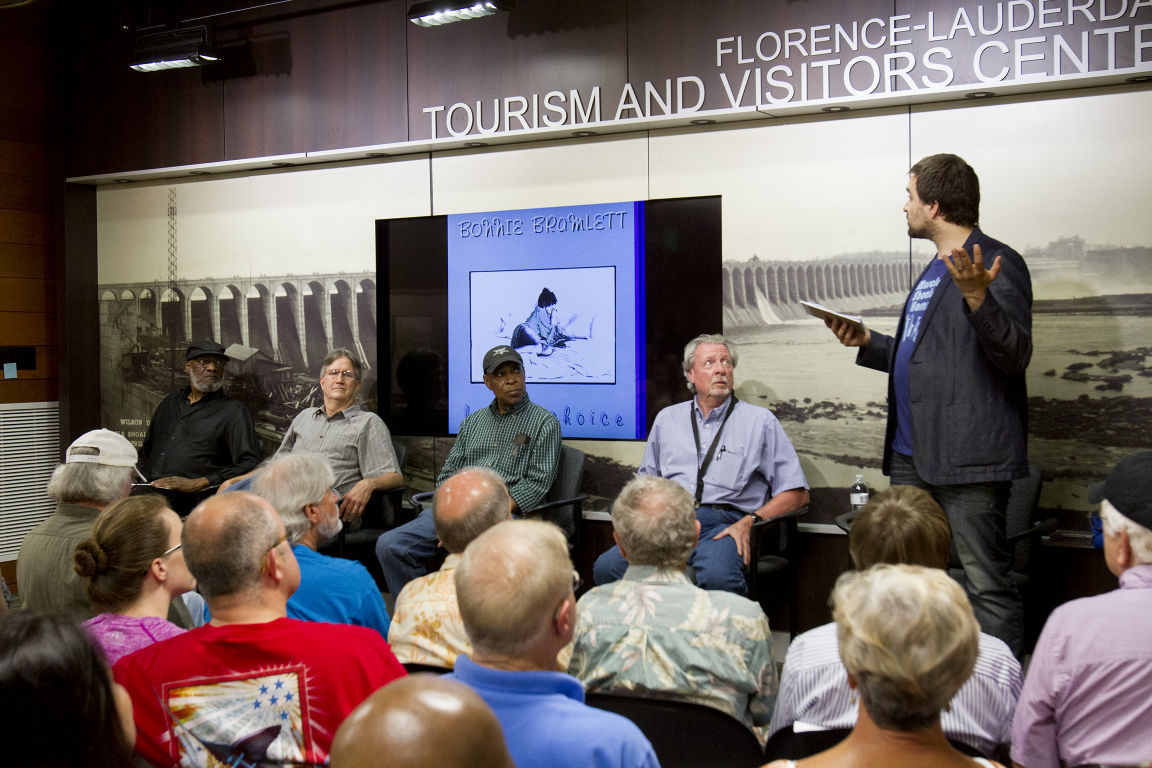 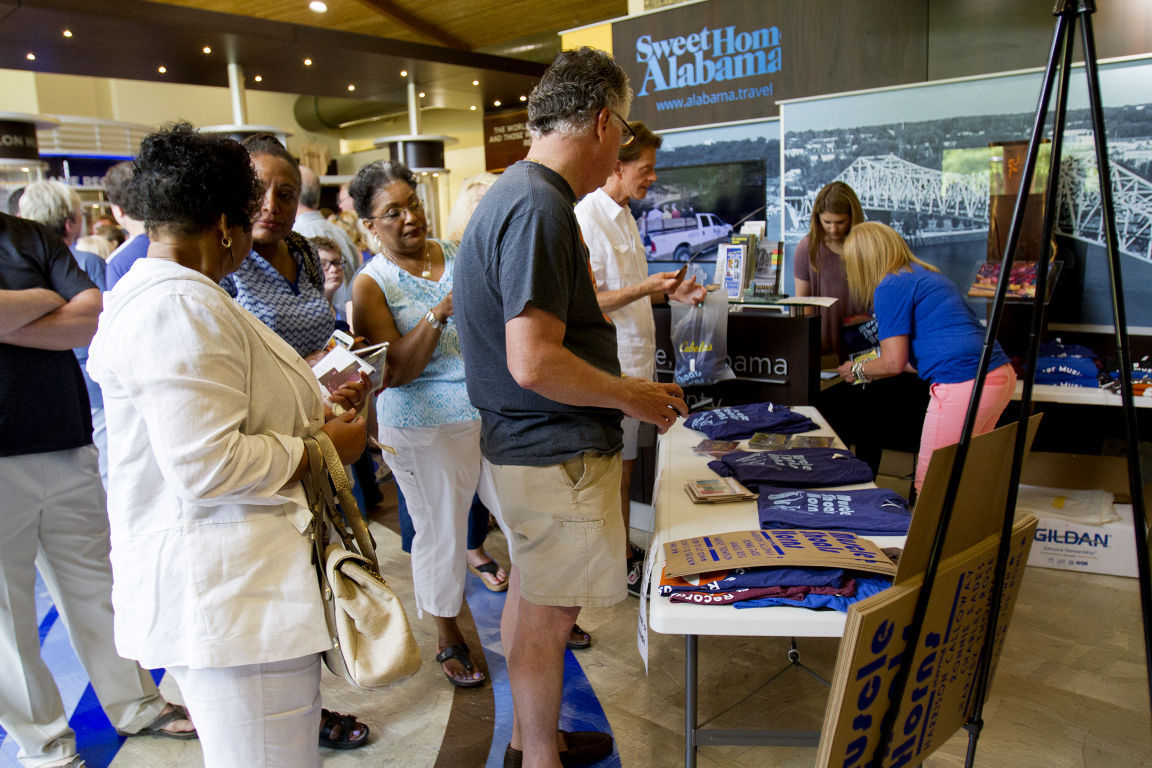 Visitors line up to purchase CDs and memorabilia of the Muscle Shoals Horns at the Florence-Lauderdale Tourism office Saturday afternoon in Florence. 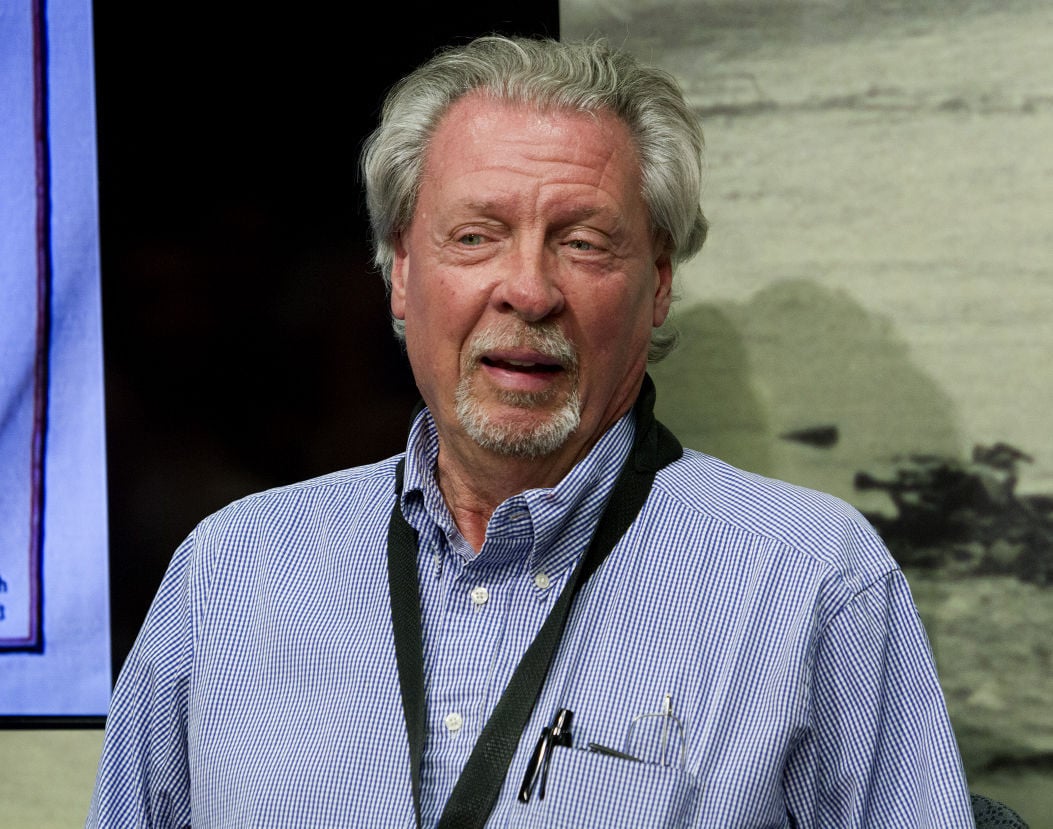 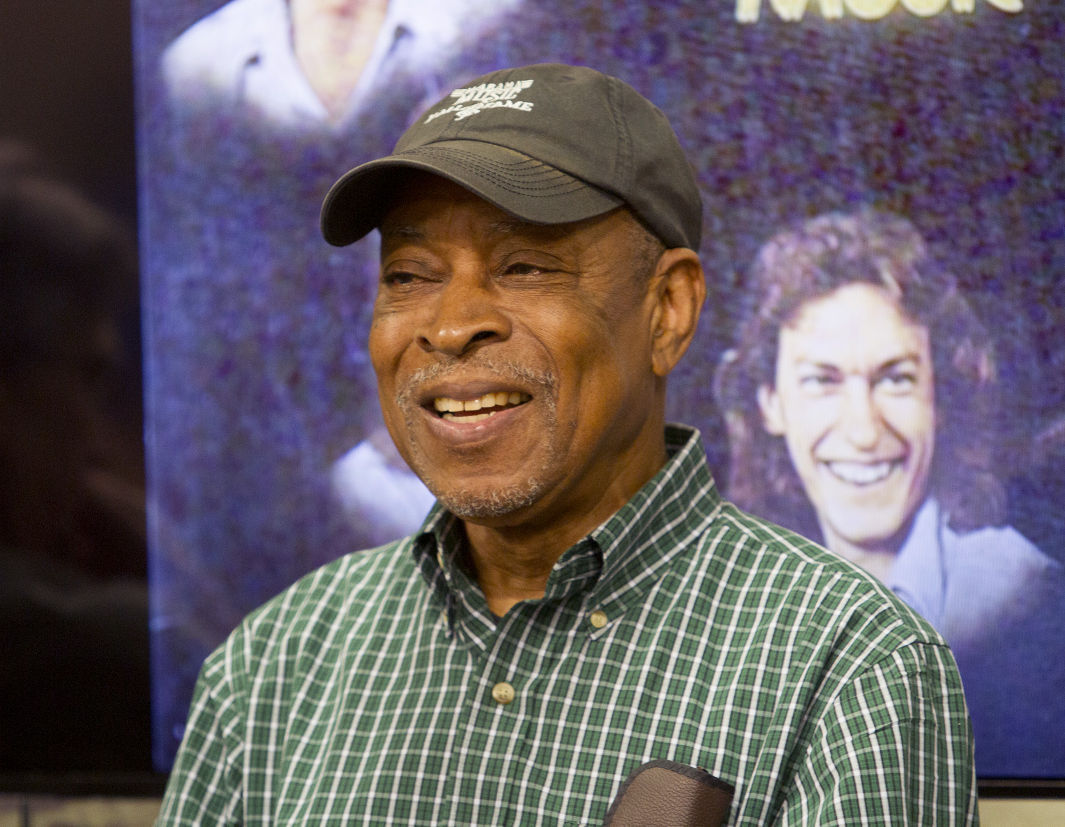 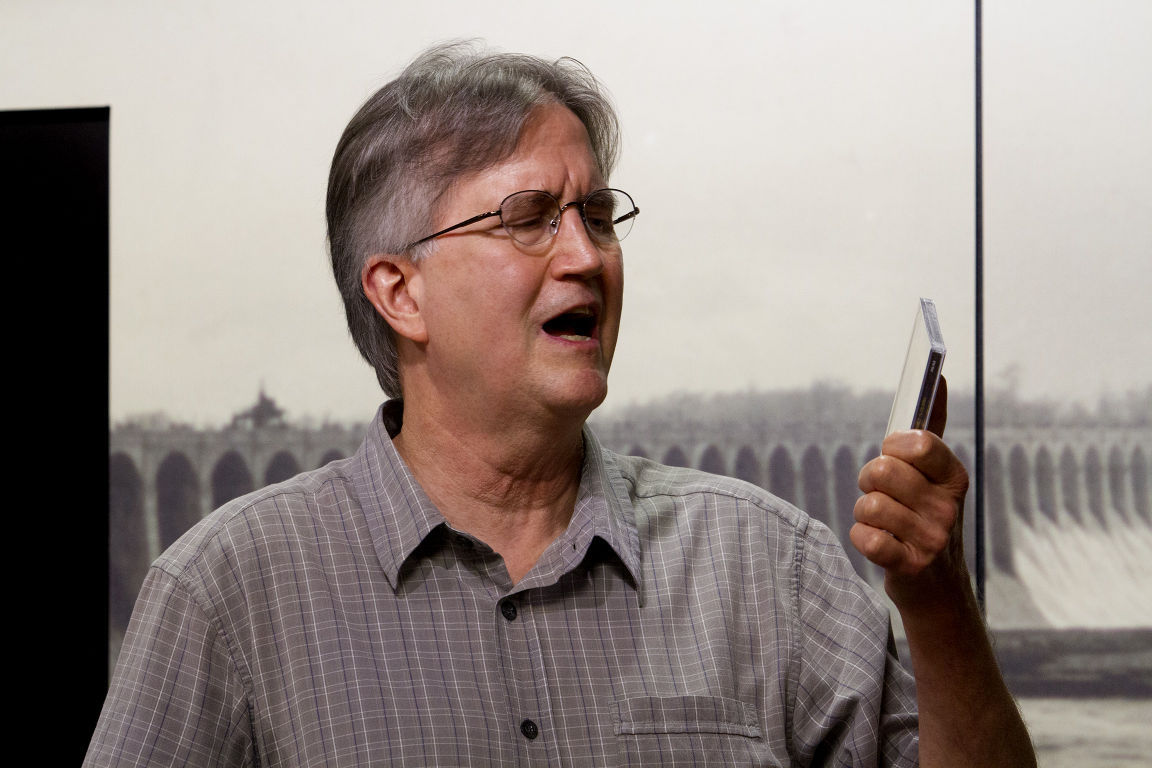 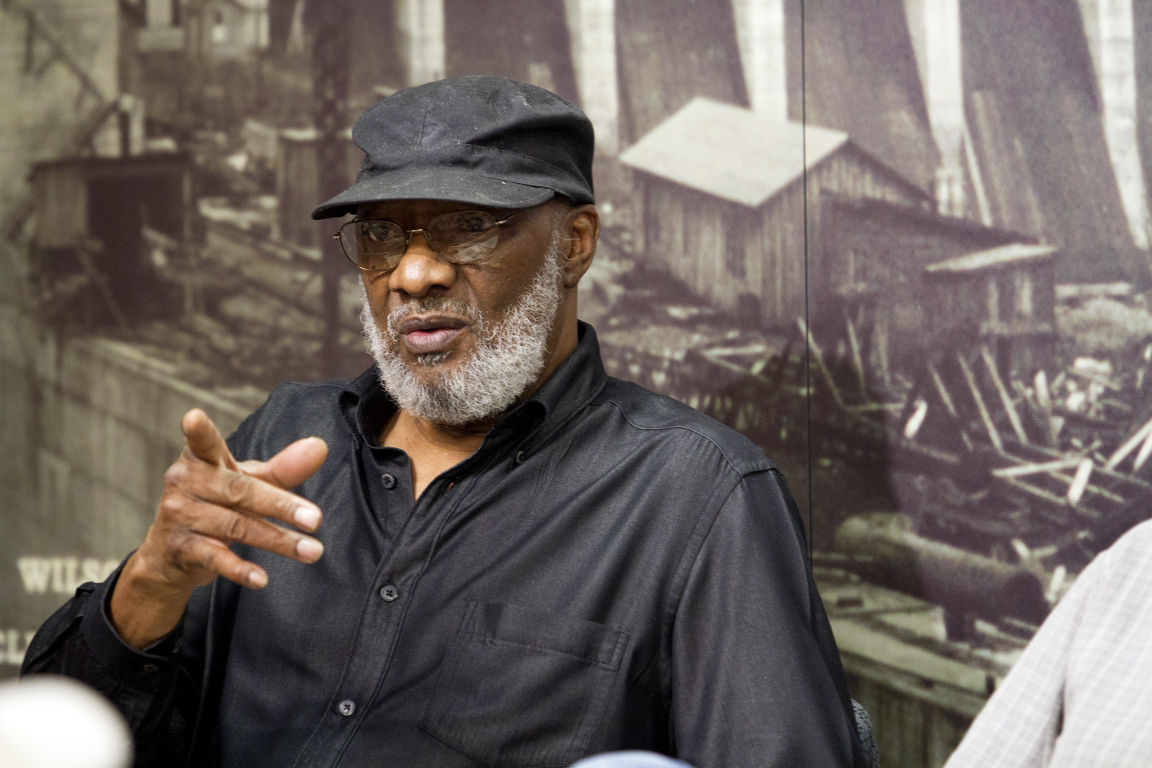 Visitors line up to purchase CDs and memorabilia of the Muscle Shoals Horns at the Florence-Lauderdale Tourism office Saturday afternoon in Florence.

FLORENCE — From the vast overflow crowd of more than 300 gathered to see the reunited Muscle Shoals Horns at the Florence-Lauderdale Tourism Center on Saturday, it was clear some legendary music icons were in the building.

For the first time in 30 years, the four musicians, Harrison Calloway, Ronnie Eades, Charles Rose and Harvey Thompson were together, reliving some of the many memories that made them known around the world for their specialty sound on horns. All together, the men played on 300 albums, starting in 1970, and are heard on hit recordings by the likes of Bob Dylan, Paul Simon, B.B. King, Bob Seger, Jimmy Buffett and Elton John.

But to the four musicians, they simply refer to each other as, “family.”

The group came together from Mississippi, Indiana and the Shoals to celebrate the re-release of their three Muscle Shoals Horns albums on CD. A question/answer session preceded the CD and poster signings.

For Calloway, referred to by the others as, “the father of the group,” recalled being a student on music scholarship at Tennessee State when his first big gig came along. The trumpet player signed on to play a single gig in Jackson, Tennessee, with Earl Gaines, who paid him $15.

From there, his reputation preceded him and he landed in Muscle Shoals, working for Rick Hall at FAME studio. He said the group just clicked, and they knew they had something special.

“I remember talking to a buddy on the phone one day and saying, ‘man, it’s paradise here and they’re hiring black musicians,’ ” he said, laughing with the audience.

The fourth and final group member, Rose, came along when Calloway and the others decided they needed a trombone.

“It didn’t take us long to see this kid was the best,” Eades said of a young college-aged Rose. “Once Charles came it, we said this is it. It was perfect.”

Eades, now 73, said he doesn’t remember a time when he didn’t love music, playing seriously by the age of 10.

“I somehow made it through school, but all I cared about was music, and when I first came to play for (Hall) I made $15 a week,” he said.

Thompson, a native of Tuscaloosa, said he got into music despite his high school football coaches begging him to play football because, “I could run and catch.”

“I didn’t like the bloody nose, though, so my brother was in the band and got me playing. I played with bands all over the University of Alabama campus.”

Eades told the audience the mild-mannered Thompson, primarily a saxophonist, was the section’s “secret weapon.”

“This man played multiple instruments on albums, even bagpipes,” he said.

Thompson said he even played flute on occasion, whatever was needed.

“We were hand in glove, so it didn’t matter,” he said. “We did everything together.”

Rose said while the musicians of the day were using charts, the four of them clicked in a way that escaped the fancy chart systems with numbers and complicated schemes.

“We played by head, just from listening to the tracks a couple times,” he said.

Rose added the group worked on some albums where they never met the artist, such as James Brown, but worked closely with other artists on projects. Elton John and B.B. King were two of the group’s favorites.

Calloway said music mogul Jerry Wexler was the one who told Elton John about the horn section.

“He told Elton, ‘You go down South and hire these horns.’ ”

“I didn’t know Elton John, so when his manager called, I told him I was in a session and to give me five and call me back,” he said. “When I got back in there with the guys they asked what he said and I told them I’d said to call back. They made me go straight back in there and call. And I did.”

In a more touching moment Calloway turned serious in summarizing the group’s relationship, then, and now.

“These cats are like blood to me, and I love them,” he said.

Saturday’s question/answer session is available for viewing on YouTube.