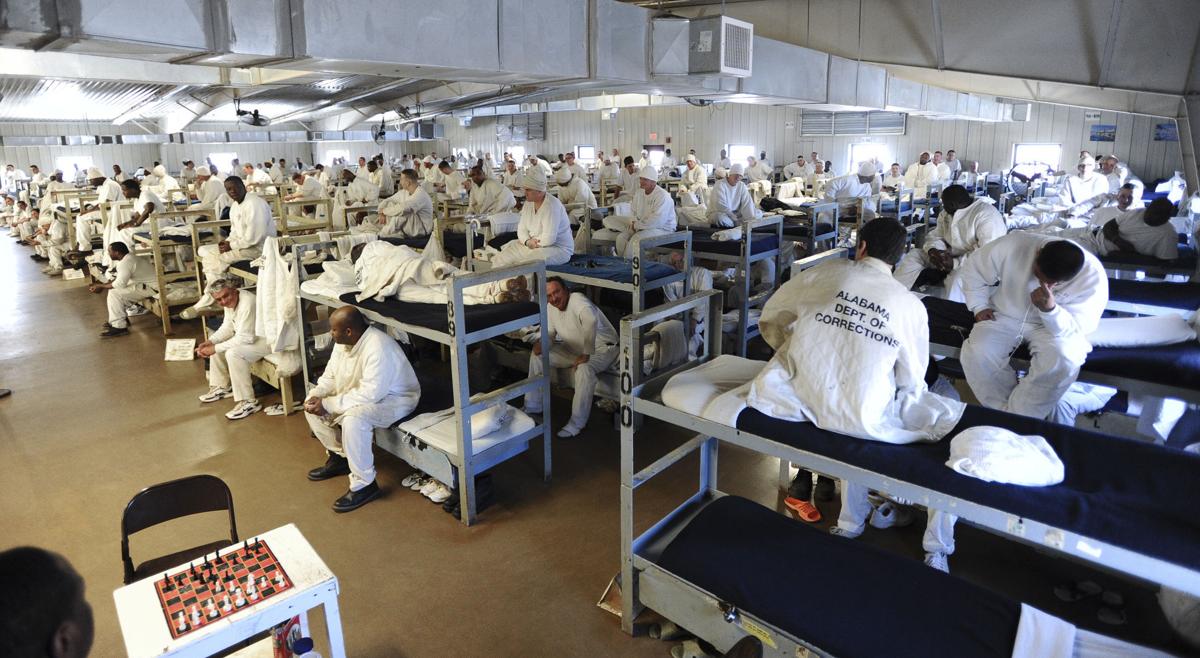 Jeronimo Nisa/Decatur Daily Inmates wait for dinnertime in one of the dorms of the Limestone Correctional Facility Friday, February 27, 2015. 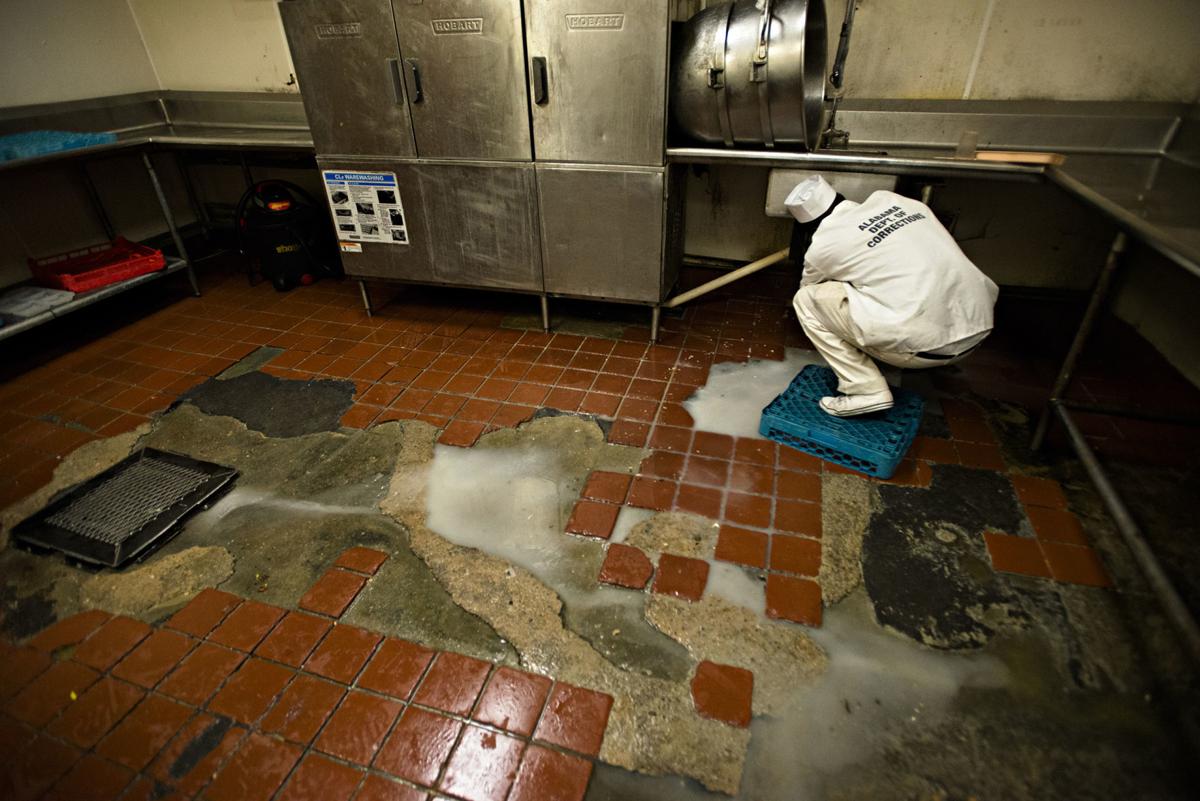 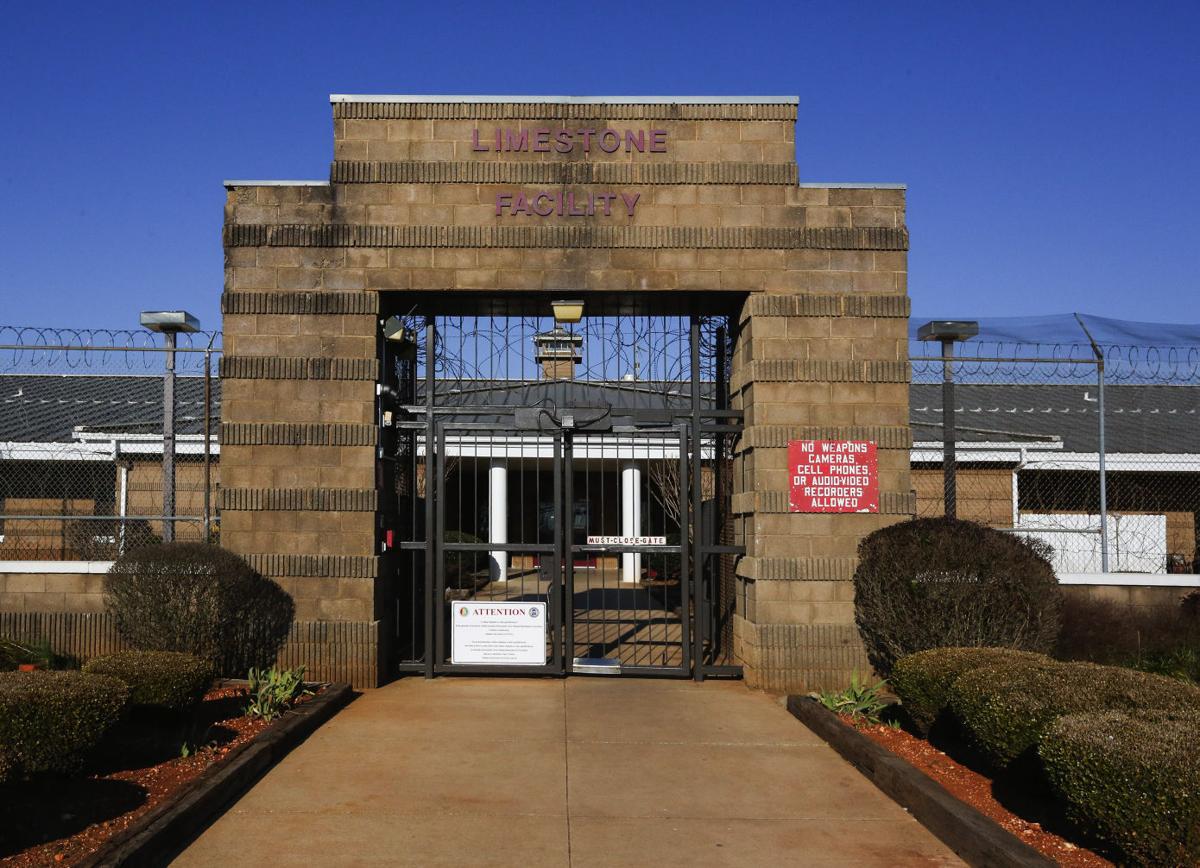 The Limestone Correctional Facility in Athens on Friday February 12, 2016. 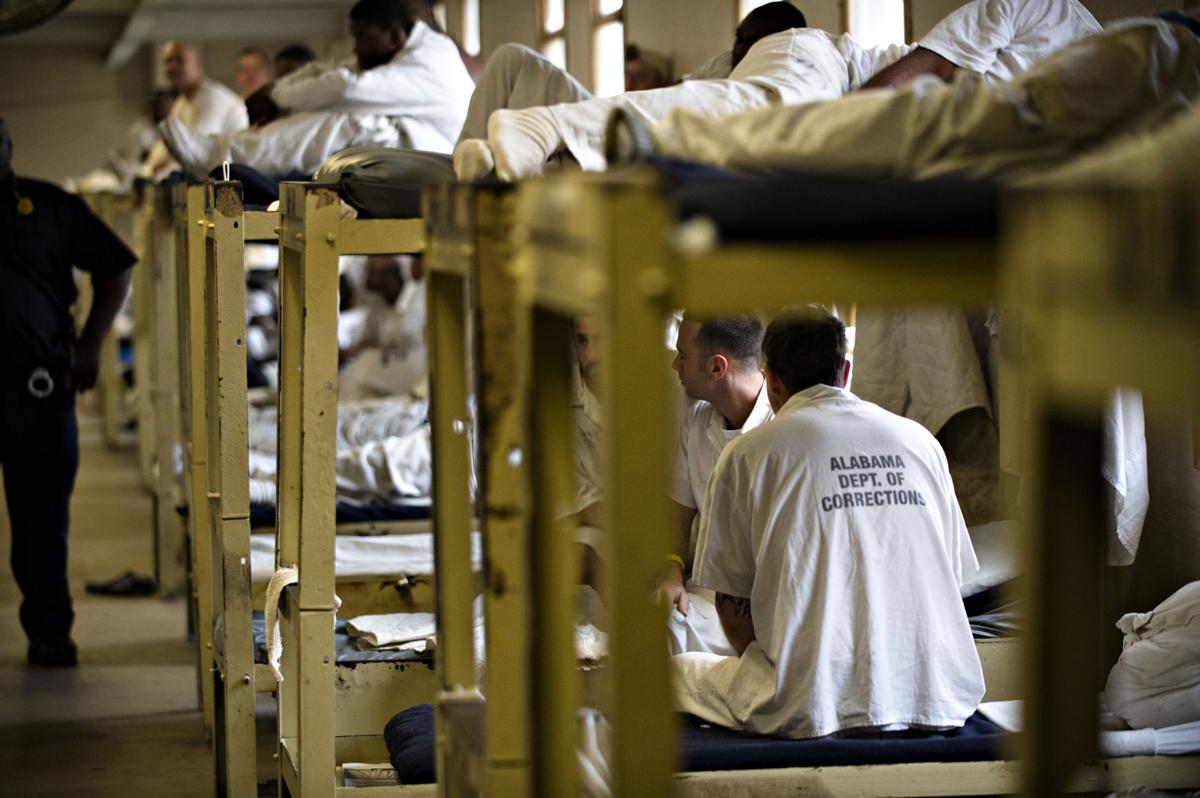 Jeronimo Nisa/Decatur Daily Inmates wait for dinnertime in one of the dorms of the Limestone Correctional Facility Friday, February 27, 2015.

The Limestone Correctional Facility in Athens on Friday February 12, 2016.

MONTGOMERY – The Limestone Correctional Facility has “lost confidence” in some of the locks that keep inmates confined, according to a recent analysis.

The analysis of 17 Alabama Department of Corrections’ facilities statewide shows a multitude of problems, including fire safety and electrical system reliability.

At Limestone, the locks appear to be the most significant issue.

“The age of the locks is causing a maintenance problem and the facility has lost confidence in the security of the locks in places,” according to the facility assessment. “This is mainly in the housing units with individual cells. The facility has added slide bolt locks to insure the doors are locked securely. This is a problem in that the emergency release process can’t be accomplished as required by code.”

The report recommends all locks in the facility be evaluated for functionality and replaced as needed. “Cell doors should be of greatest concern.”

The 1,100-page report highlights the worst of each prison and makes a case for Gov. Robert Bentley’s proposal to borrow $800 million to build four megaprisons.

The TimesDaily filed an open records request for a copy of the report from the DOC, and earlier this month was told it’s not yet available to the public. On Tuesday, the department said a copy could be reviewed at its office. A few copies are floating around the Statehouse and Sen. Cam Ward, R-Alabaster, made his available.

Ward said the report shouldn’t shock anyone who’s been inside state prisons, but the lock situation at Limestone and other facilities stood out to him.

“It’s a disgrace to those who are trying to maintain safety, the officers,” Ward said. “And it’s dangerous for officers.”

That no facility has fully functional fire alarms is another concern. Last week, DOC Commissioner Jeff Dunn said officers and inmates alert others if there’s a fire.

That’s unacceptable, said Ward, who is sponsoring in the Senate Bentley’s prison bill and hopes it will be in committee next week.

“That’s like chicken wire, glue and tape holding everything together … that’s a disaster waiting to happen,” he said.

The engineering and architectural firm Goodwyn, Mills and Cawood developed the report under a nearly $500,000 contract.

It doesn’t say which prisons should be closed, but does give overviews of each and some general assessments system wide:

• “We have recognized a systemic lack of operational expertise and manpower to make the corrections necessary to bring the facilities up to meet current standards. In numerous facilities, the water and sewer systems are beyond repair and need to be replaced.”

• Six of the 17 facilities are about 50 years old or older, two are more than 70 years old. Facilities older than 50 years are difficult to maintain. Some of the new facilities were made of materials that are not “detention grade” and have a shorter expected lifespan.

• With the exception of Staton Correctional Facility, “all of the kitchens in every facility require major renovation. …Many floors have deteriorated to the point of exposing large aggregate, wire mesh and sometimes the earth below.”

• “...there is a tremendous amount of inmate-generated trash in the sanitary system, causing stoppages, pump failures and overloading water treatment facilities.”

• “Extensive defects in electrical safety exist throughout the system.”

• “The most significant statewide electronics issue is the absence of operational fire alarm systems in every facility.”

• Except at six major facilities, “the perimeter security measures at ADOC facilities are significantly under par.”

• Most facilities are not compliant with the Americans with Disabilities Act and will require major renovation of toilet and shower areas.

Last year, a federal judge signed off on an agreement between the DOC and inmates who brought a federal lawsuit. The DOC has 32 months to make changes required to make sure inmates with disabilities are appropriately housed and can access prison programs and facilities.

There are no projected costs in the report, but Ward said the upgrades to become ADA compliant would cost tens of millions of dollars.

“Some of them, I don’t know how you get to ADA compliance,” Ward said.

Asked how the prison conditions got to this point, a DOC spokesman pointed to long-term crowding and referenced the report, which says maintenance staff is severely overtasked and do reactive maintenance instead of preventative and predictive maintenance.

Built in 1984 for $22 million and renovated in the late 1980s and early 1990s for $8.5 million, Limestone prison has about 2,532 prisoners and a capacity rate of 132 percent, one of the lowest in the department. At least two of the dorms are converted warehouses.

It has 293 employees, a staffing level of 53 percent. Last year while touring the prison, Bentley said it “may be the best in the state.” He said the site could be a good place to put a new prison.

Bentley and Dunn haven’t said which two men’s prisons might stay open under their proposal, or where the four megaprisons will be located. That’s concerned some lawmakers.

Other findings about Limestone include:

• The unmanned tower has a hole in the roof that has led to water damage inside. Birds have entered the tower causing damage.

• The armory does not meet current code and security requirements.

• Along with a new armory, the maintenance office and paint shop should be replaced.

• In some dorms, crowding has caused a central common space to be used as a sleeping area with double bunks. Some cells have doors removed and are being used as toilet rooms. Day-room space is supposed to be separate from sleeping space, according to American Correctional Association standards.

• The prison dorms do not meet the American Correctional Association requirement of one toilet, one sink and one shower for every 12 male inmates.

• “With the exception of Dorm F and the Canteen, there is no operational fire alarm in the facility.” … “The fire alarm system in housing units has been disconnected from the electrical power source.”

• There is no duress system, and little intercom.” “Where staff must have contact with inmates, a passive duress system should be installed that alerts central control to distressful situations.”

• “ADOC should consider a system wide contract with Alabama Power to maintain and replace all high-voltage equipment … Since no standing contract exists, if any of this equipment fails, the facility is relying on aging generators for power for an indefinite period of time. ... Currently, the entire pole line needs to be replaced and Alabama Power already has a line paralleling the DOC line.”

Will you wear a face mask every time you must leave your home?