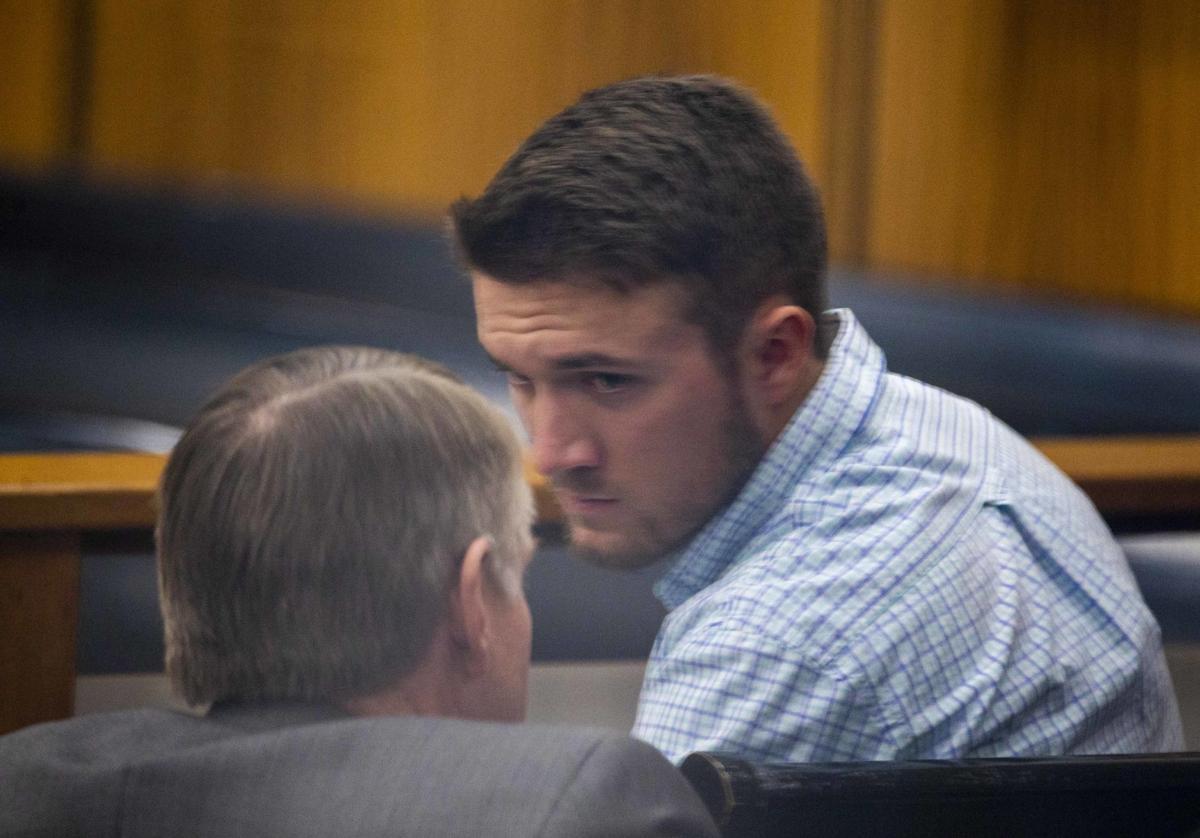 Attorney Ralph Holt confers with Ryan Johnson and his family prior to Johnson's plea hearing Wednesday before Judge Gil Self at the Lauderdale County Courthouse. [MATT MCKEAN/TIMESDAILY] 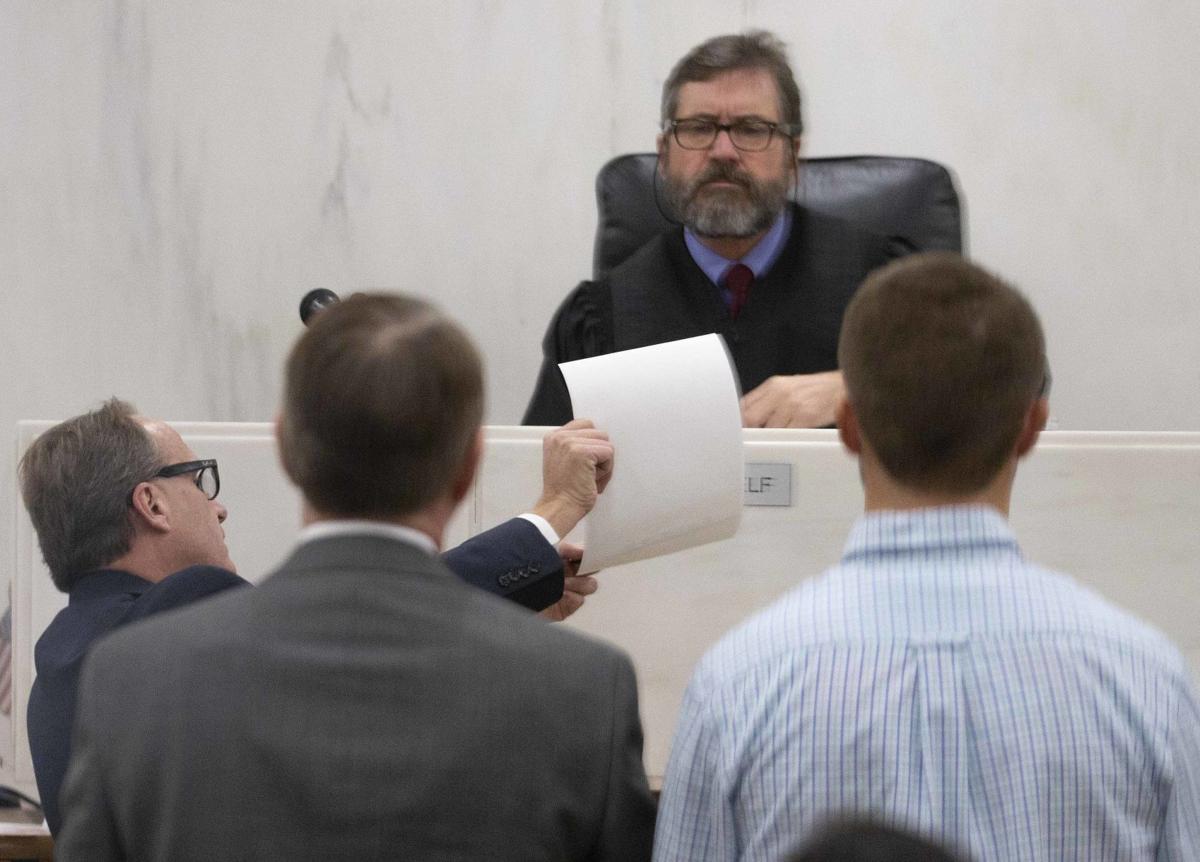 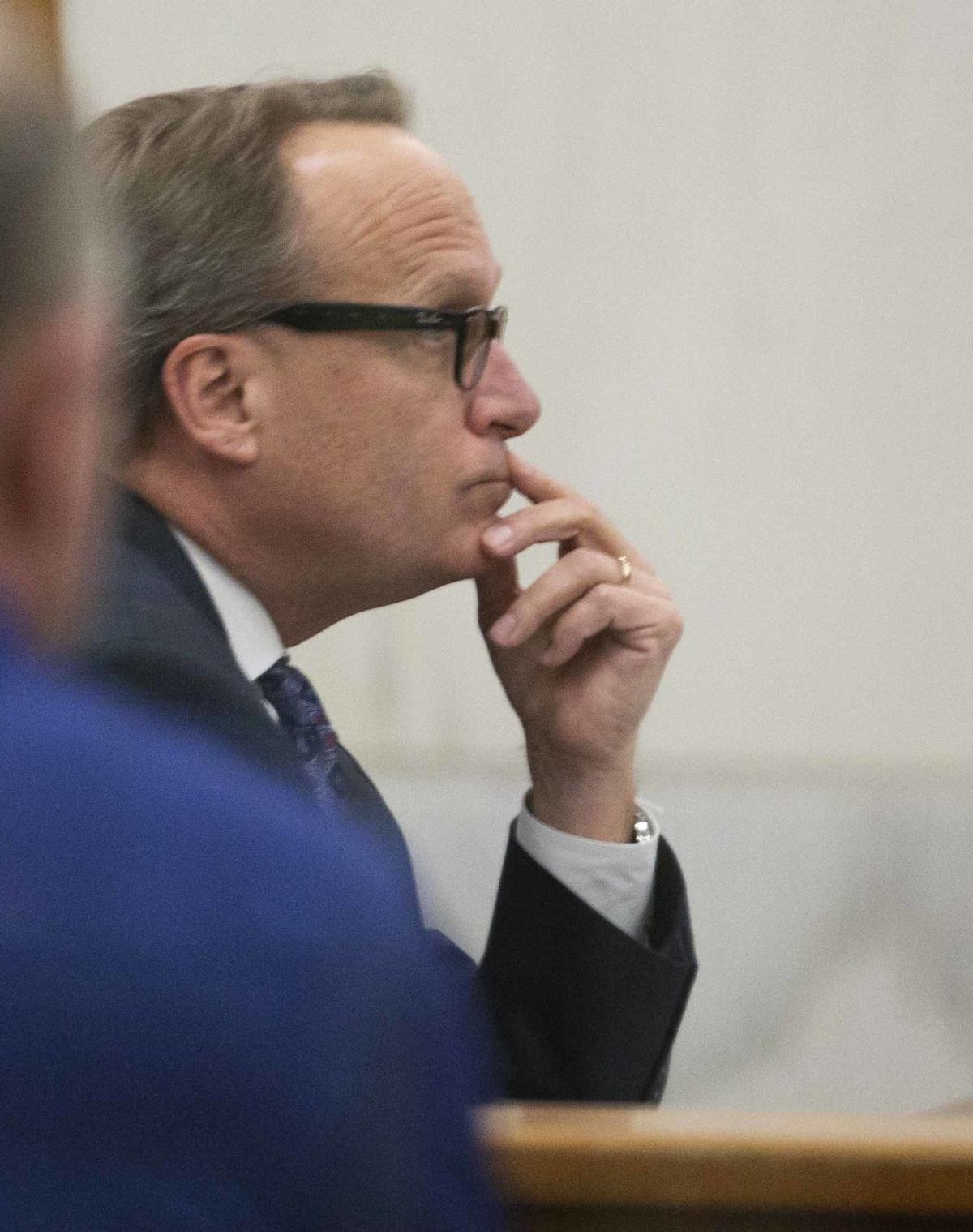 Attorney Ralph Holt confers with Ryan Johnson and his family prior to Johnson's plea hearing Wednesday before Judge Gil Self at the Lauderdale County Courthouse. [MATT MCKEAN/TIMESDAILY]

FLORENCE — A Lexington man pleaded guilty Wednesday to the felony offense of criminally negligent homicide while impaired in a fatal 2017 all-terrain vehicle crash.

Ryan Tolliver Johnson, 21, made the plea before Lauderdale County Circuit Judge Gil Self.

The judge made certain Johnson understood this is an open plea, which means the plea agreement only pertains to the charge, while Self will decide the sentence.

Self set the sentencing hearing for 11 a.m. March 4.

Johnson was indicted on manslaughter and two counts of first-degree assault in connection with the Sept. 16, 2017, crash that killed Jackson Samuel Newton, 20, and injured Brooklyn Thompson, 20, of Rogersville.

Manslaughter and first-degree assault are Class B felonies that each carry a sentence of 2 to 20 years in prison.

Criminally negligent homicide while impaired is a Class B felony, which carries a 1 to 10-year prison sentence.

Johnson was driving a Polaris Ranger that Thompson and three others were riding when it turned over in a field near the intersection of Lauderdale 86 and Lauderdale 97. Authorities said once they were in the field, the ATV flipped and fell on Newton.

In addition, Johnson was 19 when the incident occurred and the legal drinking age is 21 in Alabama. Underage drinkers are considered impaired at .02% in Alabama.

"He was way over his level for his age to be operating that utility vehicle," Connolly said.

The district attorney said the defense offered the plea that was accepted Wednesday. Connolly agreed after discussions with Newton's family.

"The impact on not just the Newton family but the whole community out there has just been devastating for them to lose him in a senseless way," Connolly said. "The family was insistent that he (Johnson) be held accountable with a felony conviction, and we certainly feel like he should be sent to prison."

"It's just a tragic situation for the whole Lexington community," Holt said. "Our hearts go out to the Newtons. We also hope for some healing between now and sentencing, and even at sentencing."

He said his client has a good job and is remorseful.

"He's as good an applicant for probation as I've ever had," Holt said. "He's certainly deserving of consideration."