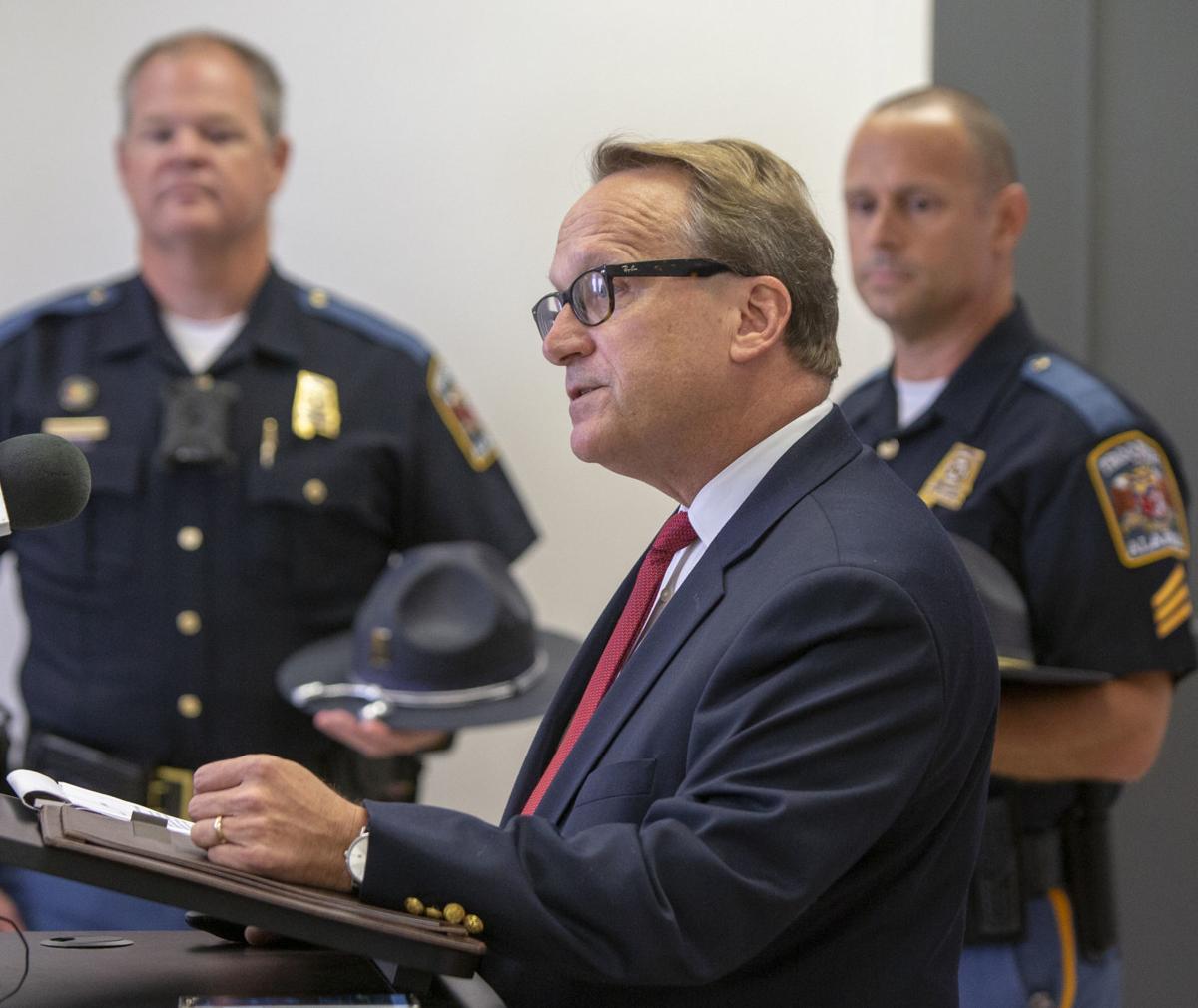 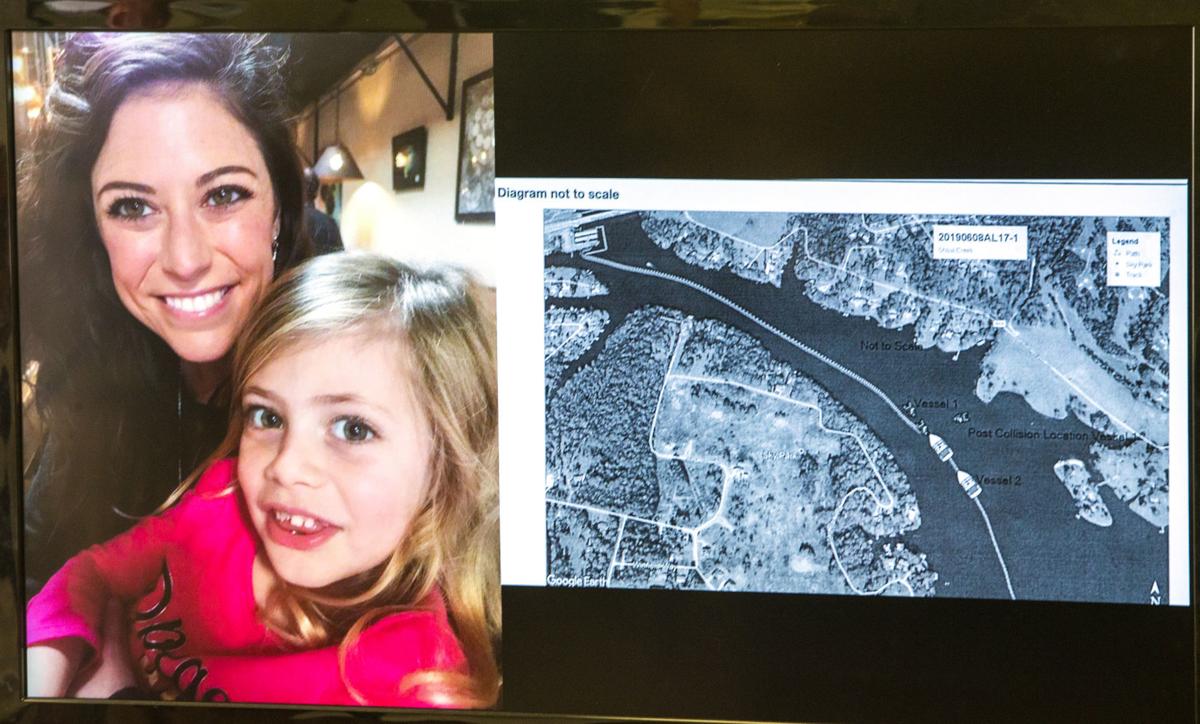 A photograph of victims Laura and Blakely Cowart and a schematic of the position of the boats at the time of the fatal accident provided the backdrop for Tuesday's press conference at the Lauderdale County courthouse. [MATT MCKEAN/TIMESDAILY] 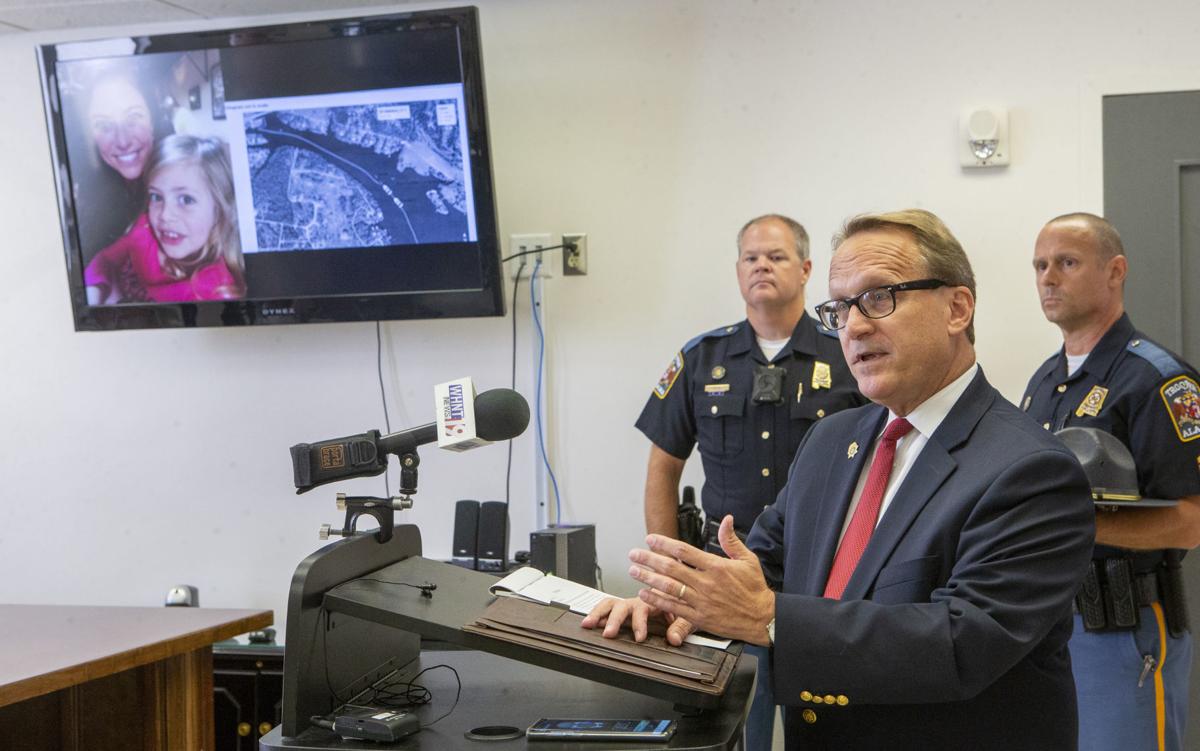 A photograph of victims Laura and Blakely Cowart and a schematic of the position of the boats at the time of the fatal accident provided the backdrop for Tuesday's press conference at the Lauderdale County courthouse. [MATT MCKEAN/TIMESDAILY]

FLORENCE — The driver of a boat that was involved in a June 8 crash that killed a mother and her 5-year-old daughter has been charged with two counts of manslaughter.

He said a toxicology report indicated Wooten was under the influence of alcohol.

The crash killed Lauren Cowart and her daughter, Blakely.

In addition, a Lauderdale grand jury later this month will look into actions of the driver of the larger vessel, Mark McBryer, who left the scene of the crash, Connolly said.

"The primary focus of the investigation up to this point has been on determining who was at fault in causing the deaths of two precious people," he said. "The grand jury indictment has answered that question with the indictment of Wooten.

"A secondary issue concerns the actions of the other boat driver, Mark McBryer, after the crash occurred. The investigation into this issue remains pending and will be further considered by the grand jury later this month."

Wooten, 33, was expected to turn himself in to the Lauderdale County Detention Center as early as Tuesday. His bond has been set at $50,000, Connolly said.

He said the crash caused the deaths, and nobody fell into the water as a result of the incident, which occurred at approximately 10:30 p.m.

A toxicology report from the Alabama Department of Forensic Sciences indicated Wooten's blood alcohol content was .121 on the night of the crash. The legal limit is .08 percent, Connolly said.

He said McBryer refused a request from Alabama Marine Police Officer Chad Dyer to test his alcohol level. McBryer told the officer he had had a few beers that day, but Dyer determined at the scene there was no probable cause to request a test, Connolly said.

"That was based on his observations of Mr. McBryer on the scene," he said. "He was looking for the standard things that you look for (in) an intoxicated driver — slurred speech, his demeanor, his cooperation, all of those things."

The district attorney went over findings in the case during a Tuesday news conference.

Wooten was driving the ski boat when the crash occurred, officials said. His 4-year-old son was on his lap, while Lauren Cowart was in the passenger seat with her daughter on her lap.

"Wooten was driving from the Emerald Beach area of Shoal Creek toward the Tennessee River with an intended destination of his mother's residence in Colbert County," Connolly said.

"The crash occurred near the area of Robbins Island when Wooten crashed his boat into the front of a 30-foot cabin cruiser driven by Mark McBryer and occupied by McBryer's wife and her sister, as well as McBryer's adult son and his friend.

"The McBryers were returning from an outing on the water that included them traveling from Marina Mar, where they have their boat docked, through the locks at Wilson Dam to McFarland Park and back."

He said information from GPS tracking indicated McBryer's boat was traveling at approximately 6 mph. Wooten's was estimated at 20 to 25 mph.

After the collision, McBryer drove to Marina Mar, Connolly said. Along the way, he told occupants on board to call 911.

"Wooten's boat sustained heavy damage, primarily on the passenger side of the boat," he said. "No one from either boat was thrown into the water. Lauren and her daughter died on the boat from multiple blunt-force trauma. Wooten was seriously injured in the crash. He and his son remained on the boat and yelled for help.

"Wooten and his son were rescued by three young fishermen, who were fishing in the area and heard their cries for help. McBryer and the occupants of his boat remained at the marina and were interviewed by Investigator Dyer.

"The grand jury will now further review McBryer's actions after the crash to determine whether his actions warrant a charge of leaving the scene of an accident," Connolly said.

He said reports from witnesses indicated it appears that a back light on Wooten's boat was not on.

"All accounts were that the cruiser had every light on that it was supposed to have on," he said.