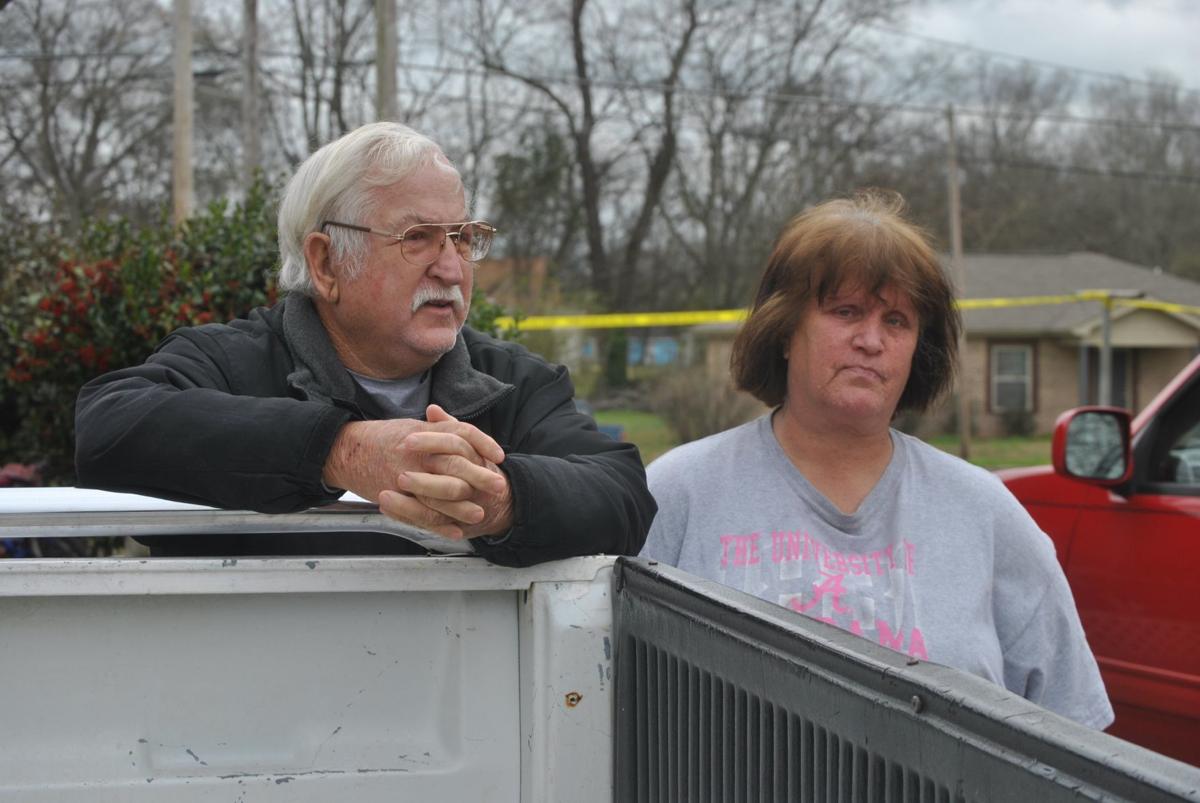 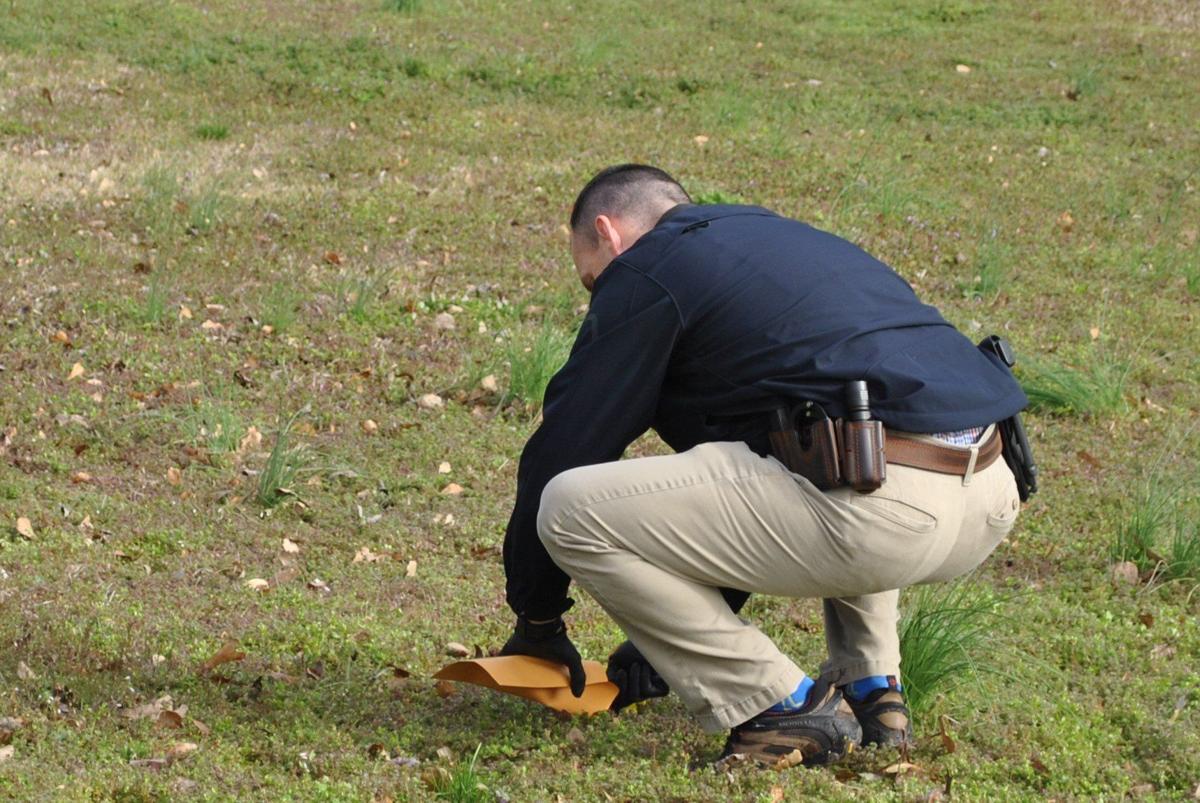 An investigator gathers evidence Tuesday from the backyard of a South Mulberry Street residence in Tuscumbia. [BERNIE DELINSKI/TIMESDAILY] 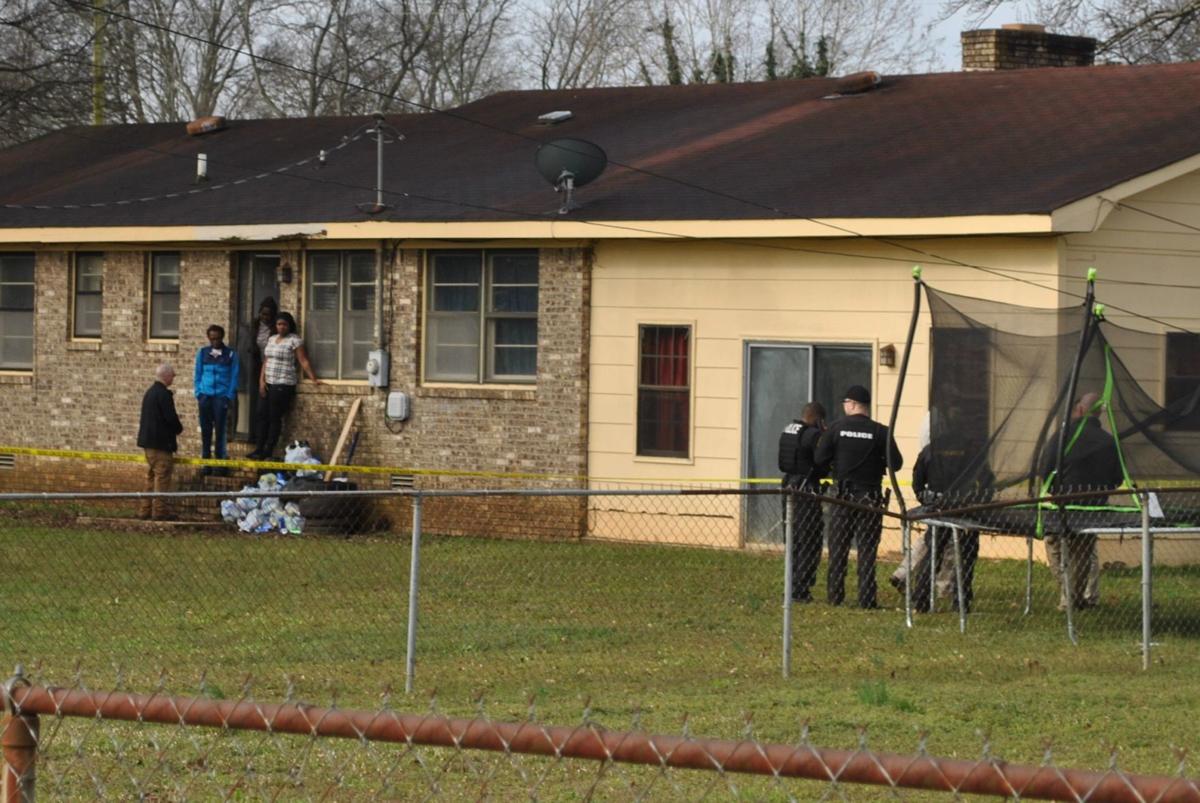 Authorities gather Tuesday in the backyard of a South Mulberry Street residence in Tuscumbia, where a man was killed during an exchange of gunfire with police. [BERNIE DELINSKI/TIMESDAILY]

An investigator gathers evidence Tuesday from the backyard of a South Mulberry Street residence in Tuscumbia. [BERNIE DELINSKI/TIMESDAILY]

Authorities gather Tuesday in the backyard of a South Mulberry Street residence in Tuscumbia, where a man was killed during an exchange of gunfire with police. [BERNIE DELINSKI/TIMESDAILY]

TUSCUMBIA — The body of a man involved in a Tuesday morning police-related shooting has been sent to Huntsville for an autopsy, according to Colbert County Coroner Justin Gasque.

Kenneth Sashington, 38, 603 Mulberry Street, was pronounced dead in the back yard of the residence, following an altercation with police that began around 4 a.m. at another location.

Tuscumbia Police released a statement saying they received a call at 3:55 a.m. of a suspicious person banging on the doors of multiple apartments at Trenholm Heights Apartments, located on Trenholm Memorial Drive.

According to the release, the individual fired on officers when they arrived at the scene and gunfire was exchanged. The man ran north from the apartments a couple blocks away to the Mulberry Street residence where he later died.

Authorities spent the morning working at both crime scenes.

The investigation has been turned over to the Alabama Bureau of Investigation due to the  involvement of police officers.

Tuscumbia Police Chief Tony Logan said the officers involved will undergo a critical incident stress debriefing before returning to work. They will be on paid administrative leave until that takes place, and counseling will be provided if needed and requested.

As daylight broke Tuesday, residents living nearby who said they'd been jolted awake by the gunshots congregated near the Mulberry Street residence that was blocked with crime-scene tape.

Neighbors were expressing shock that the incident happened in what they say is typically a settled, peaceful neighborhood.

About a dozen people stood solemnly as authorities scoured the perimeter, collecting evidence.

Another resident said a bullet lodged in his wall.

Resident Melissa Mitchell, who lives in the vicinity, said she could hear the shots from inside her home.

"It was as loud as if it was right in front of me," she said. "It was boom, boom, boom, a lot of shots. It sounded like a war zone down there."

A similar description was offered by residents in the Trenholm Heights area.

Gene Staples and Anita Wallace said their family was awakened by what sounded like shotgun fire behind their home. Staples said he believes that was from Sashington.

"He was in the backyard and went to every door up here," Staples said.

"I heard the shotgun shots go off," Anita Wallace added. "It scared the heck out of me. I called 911 to say someone was beating on our door. I thought we were going to die."

Staples said they were afraid shots would come in through their window.

"When we heard the shots, we stayed low," he said. "We turned no lights on or anything. They need to clean this place up, when shootings are going on up in your window."

According to Sheffield Police, they arrested Sashington earlier this month, charging him with disorderly conduct and resisting arrest, after they received a call that he was harassing people at a restaurant and at a convenience store.