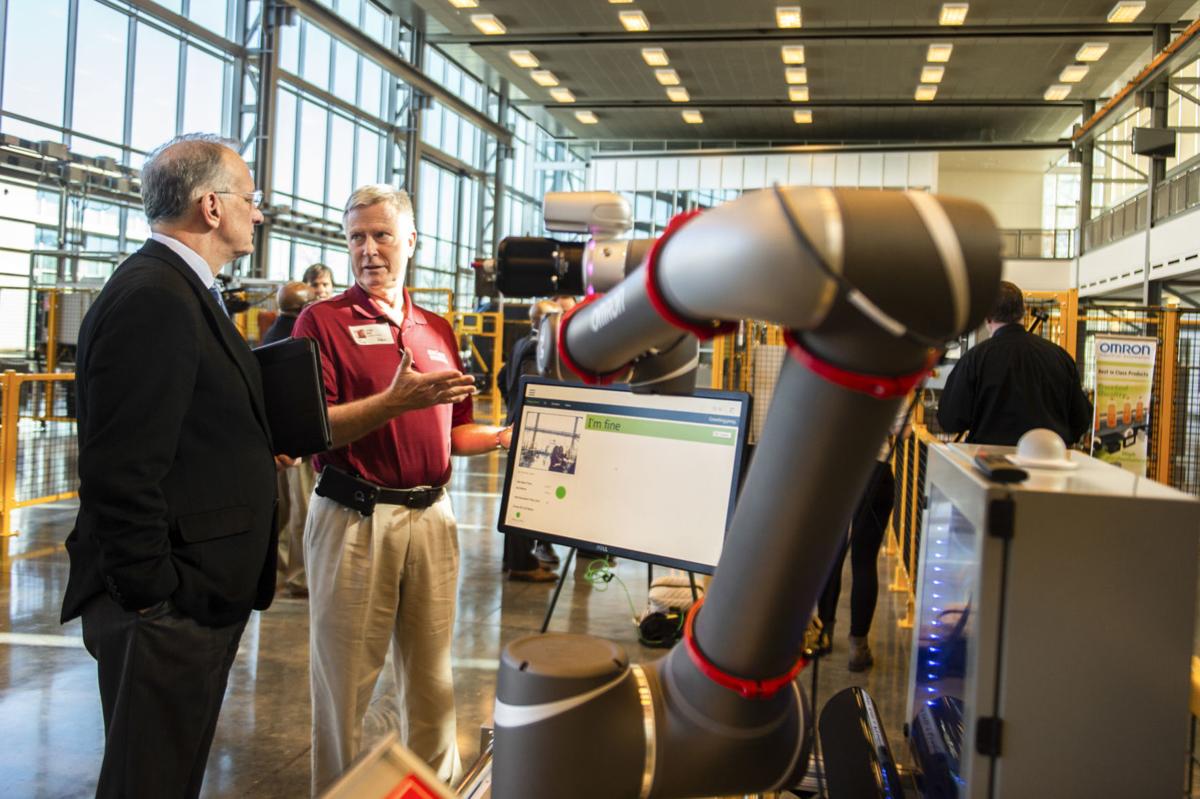 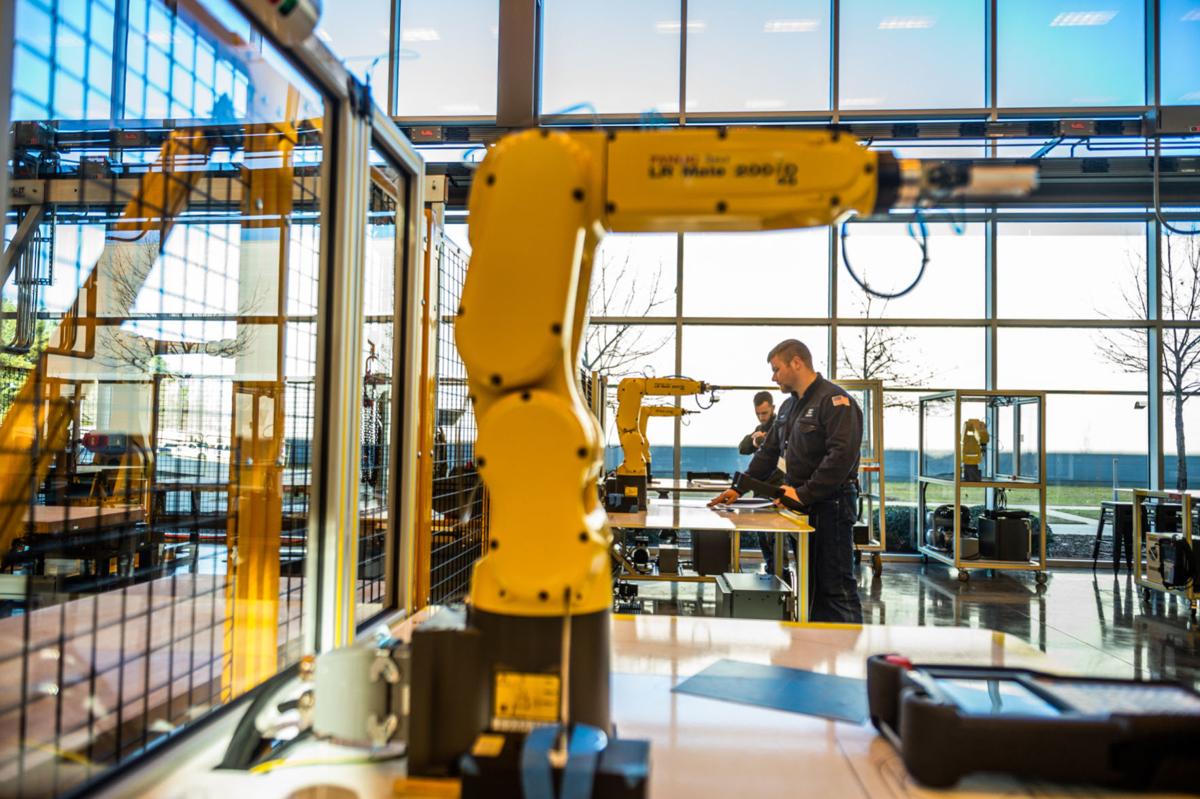 The Alabama Robotics Technology Park is launching its next phase, called RTP 2.0, to provide robotics and automation training to help companies keep up with technological changes in manufacturing, and stay competitive globally.

The RTP 2.0 announcement was made Tuesday at the park on U.S. 31, across from Calhoun Community College, along with the announcement that the application process for hourly production manufacturing employees at the Mazda Toyota Manufacturing USA plant starts Monday.

The plant is being built in Huntsville-annexed Limestone County. The company plans to start production in 2021 and hire about 4,000 employees.

In an “ever-changing manufacturing world,” one of the biggest challenges is having enough people prepared for the available jobs, said Alabama Deputy Secretary of Commerce Ed Castile. “Our Alabama workforce is among the best in the world, and our goal is to help keep it that way.”

Gov. Kay Ivey announced the Success Plus initiative in 2018 to increase Alabama’s skilled-labor pipeline by 500,000 employees by 2025. The initiative's goal is to meet the growing need for workers with certificates, credentials or degrees.

“Some of what we’re doing here will help” with that initiative, Castile said.

The park is a collaboration among the state, Alabama Community College System, Alabama Industrial Development and Training (AIDT) and robotics industry leaders around the country.

Kristi Bain, assistant director for north Alabama with AIDT, said the agency, which provides workforce development for Alabama’s new and expanding businesses, offers training at no cost to companies.

And manufacturers can take advantage of the RTP 2.0 training without having to shut down their production.

Through RTP 2.0, Alabama companies will have access to "some of the most revolutionary processes in the manufacturing industry," according to Bain.

“We served over 1,900 students with eight to 10 people per class,” during the fiscal year that ended in September, Bain said.

That number didn’t include the new skilled labor personnel for the Mazda Toyota plant that received training at the park.

Bain expects RTP 2.0 will bring in at least the same or a higher number of students in the next two years.

Mark Brazeal, Mazda Toyota’s vice president of Administration, called the facility “an absolute treasure that we have in our own backyard.”

After that, they move on to on-the-job training at a Mazda or Toyota plant.

“Production team members will start (training at the park) in the spring,” Brazeal said, adding that those plans are now being finalized.

“We’re talking about up to 3,500 hourly production manufacturing jobs” to be hired through 2022, Brazeal said. “That’s the majority of our workforce.”

Job applicants can begin the process online on Monday at mazdatoyota.com. Those who meet hiring criteria will be invited to take an online assessment, which includes a written portion.

Candidates who advance beyond the assessment stage will be placed in a simulated plant environment to check out their skills at various tasks. Job offers are contingent on a successful background check, drug screening and a physical.

“The issue we have is to keep training our people,” he said. “We now have the facility in place, the equipment in place, the training programs in place” to help Mazda Toyota and other companies that are coming to the area.

In the last 10 years, “this facility, on a regional basis, has become truly a magnet, a recruiting magnet, for companies to come here,” said state Sen. Arthur Orr of Decatur.

“We’re not finished yet,” Orr said. “We’re going to be looking at expansions in the coming days to further improve this park and help it benefit not just north Alabama, but our whole state in staying on the cutting edge of technology and staying abreast of it as the world changes around us.”

Job applicants can begin the process of applying for hourly production jobs online on Monday at www.mazdatoyota.com. Those who meet hiring criteria will be invited to take an online assessment. Candidates who advance beyond the assessment stage will be placed in a simulated plant environment to check out their skills. Jobs offers are contingent on a successful background check, drug screening and physical.