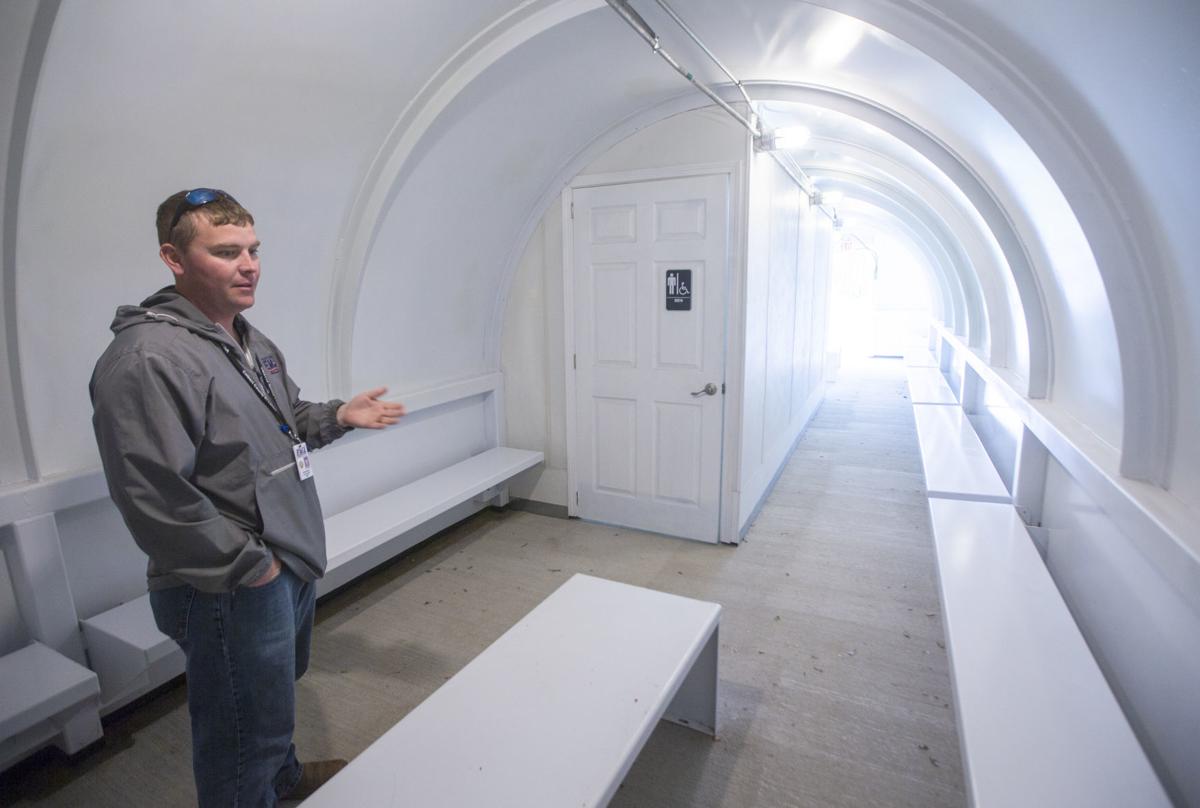 Keith Reaves with the Colbert County Emergency Management Association talks about the capacity of the storm shelter located beside the recreation center in Sheffield. The shelter is designed to hold around 150 people. [MATT MCKEAN/TIMESDAILY] 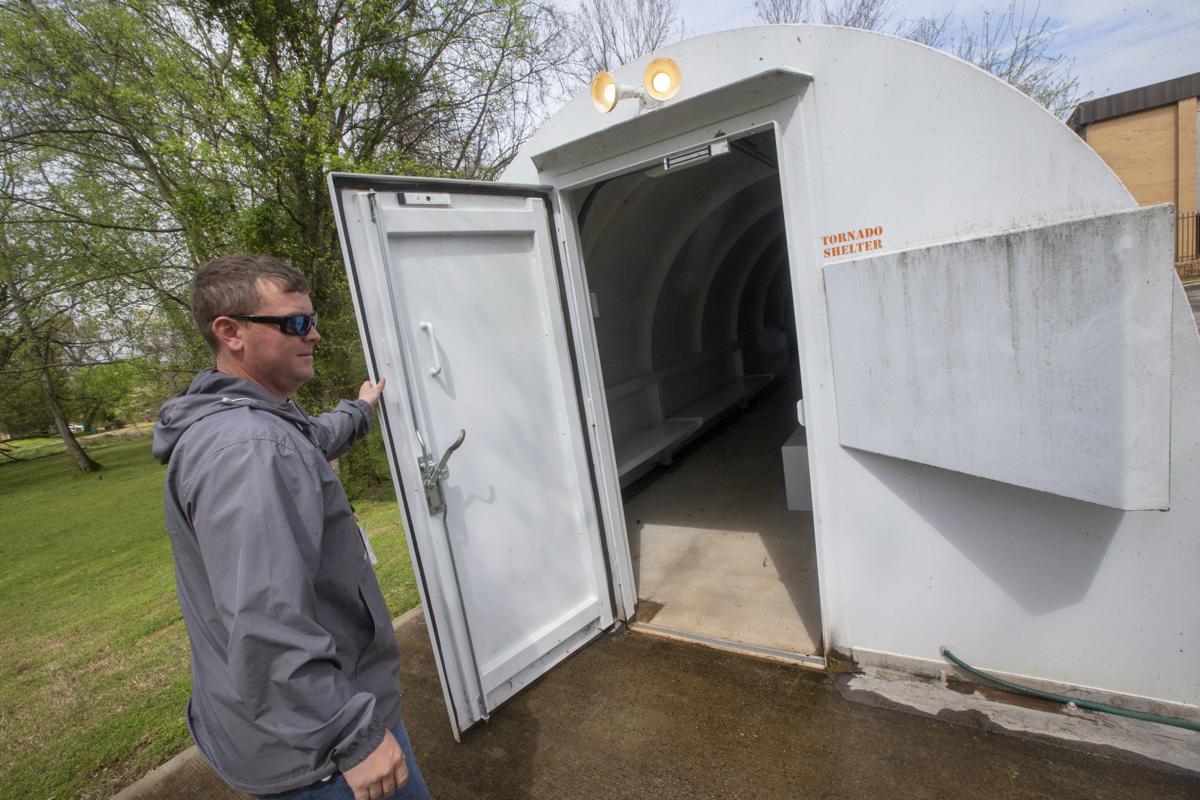 Keith Reaves with the Colbert County Emergency Management Association talks about the capacity of the storm shelter located beside the recreation center in Sheffield. The shelter is designed to hold around 150 people. [MATT MCKEAN/TIMESDAILY]

Local storm shelters will open today as the area braces for potentially severe storms that could include tornadoes this afternoon.

National Weather Service forecasters said two rounds of storms are expected today with the one containing the most serious threats arriving in the afternoon or early evening.

The first round arrives this morning and the second round could move into northwest Alabama as early as 3 p.m., weather service meteorologists said.

Damaging winds, large hail and tornadoes are listed among possibilities, they said. Flooding is possible, with 1 to 1.5 inches of rain expected throughout the day.

Shoals authorities said the shelters will be available, but they point out the coronavirus threat should be taken into account.

Michael David Smith, director of the Colbert County Emergency Management Agency, said they are following guidance from the Centers for Disease Control and Alabama Department of Public Health.

Smith said the county's 26 shelters were disinfected last week and are being cleaned again today.

However, he added, depending on how many people are in the shelters, there is no guarantee that there will be space to accommodate the 6-foot social distance recommendation.

"It will be up to the general public as to whether they want to risk going," Smith said.

Lauderdale EMA Director George Grabryan said 16 locations, such as churches and other public facilities, are designated as shelters in his county. That means there is more room for social distancing at those shelters.

Grabryan stressed the importance of having a plan in place ahead of time, rather than waiting for severe weather to arrive.

"I advise people to use good common sense, remain calm and decide what to do while we're under a watch rather than waiting until we're under a warning to move," he said.