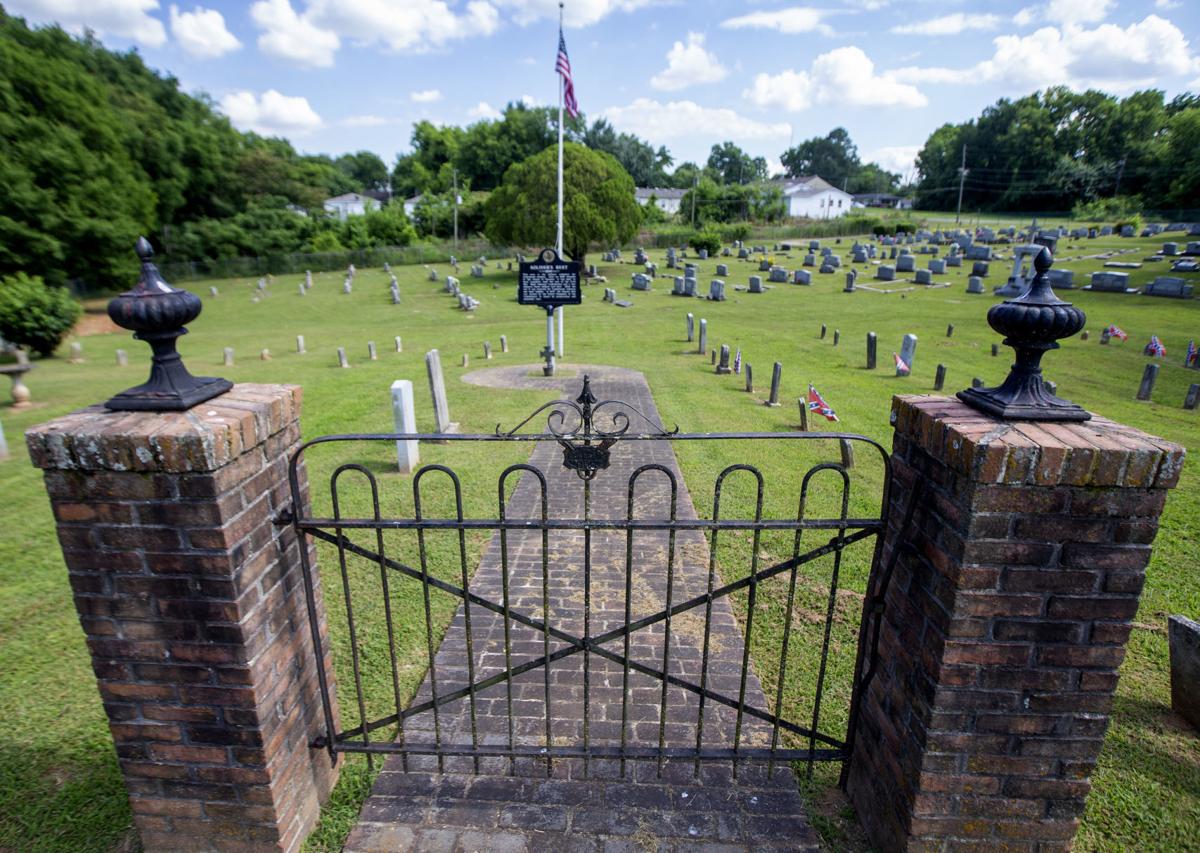 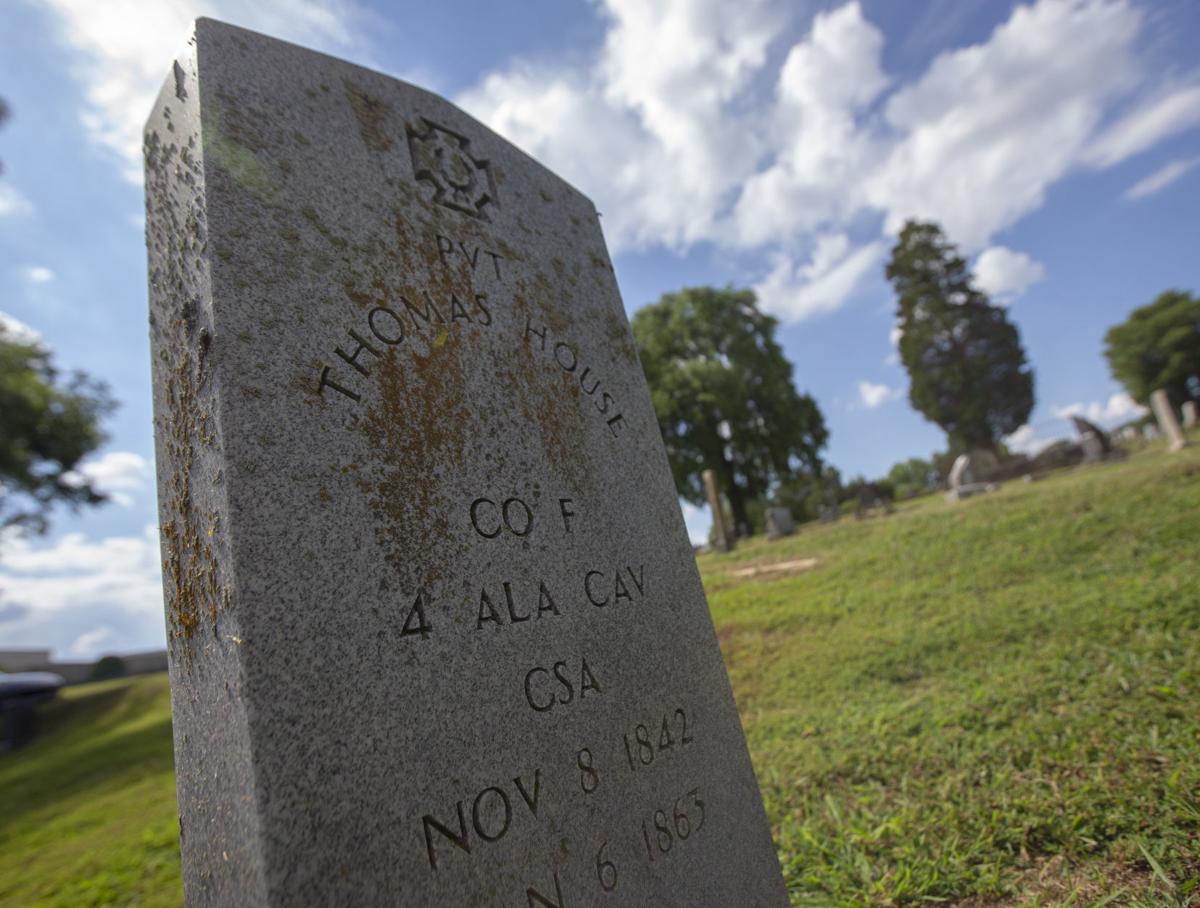 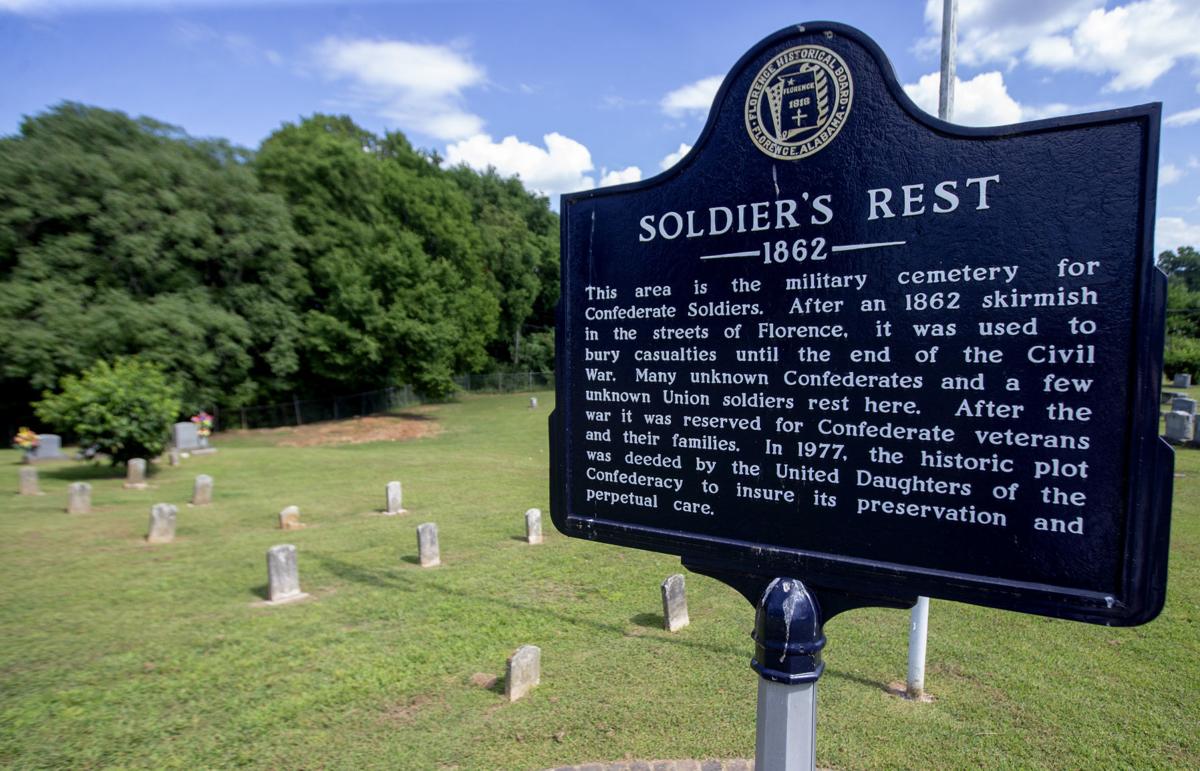 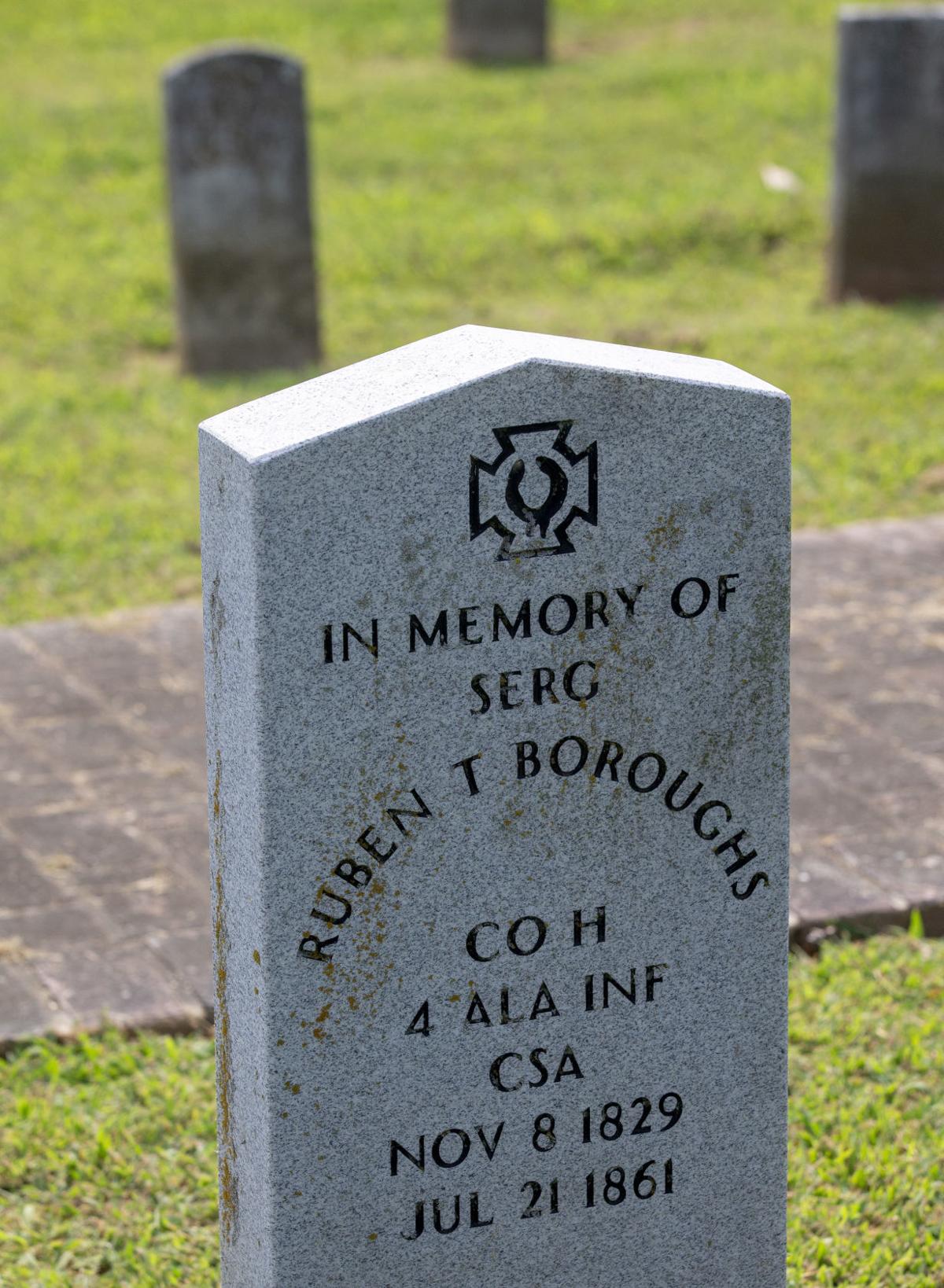 One of the many grave markers at Soldiers Rest in the Florence Cemetery. [MATT MCKEAN/TIMESDAILY] 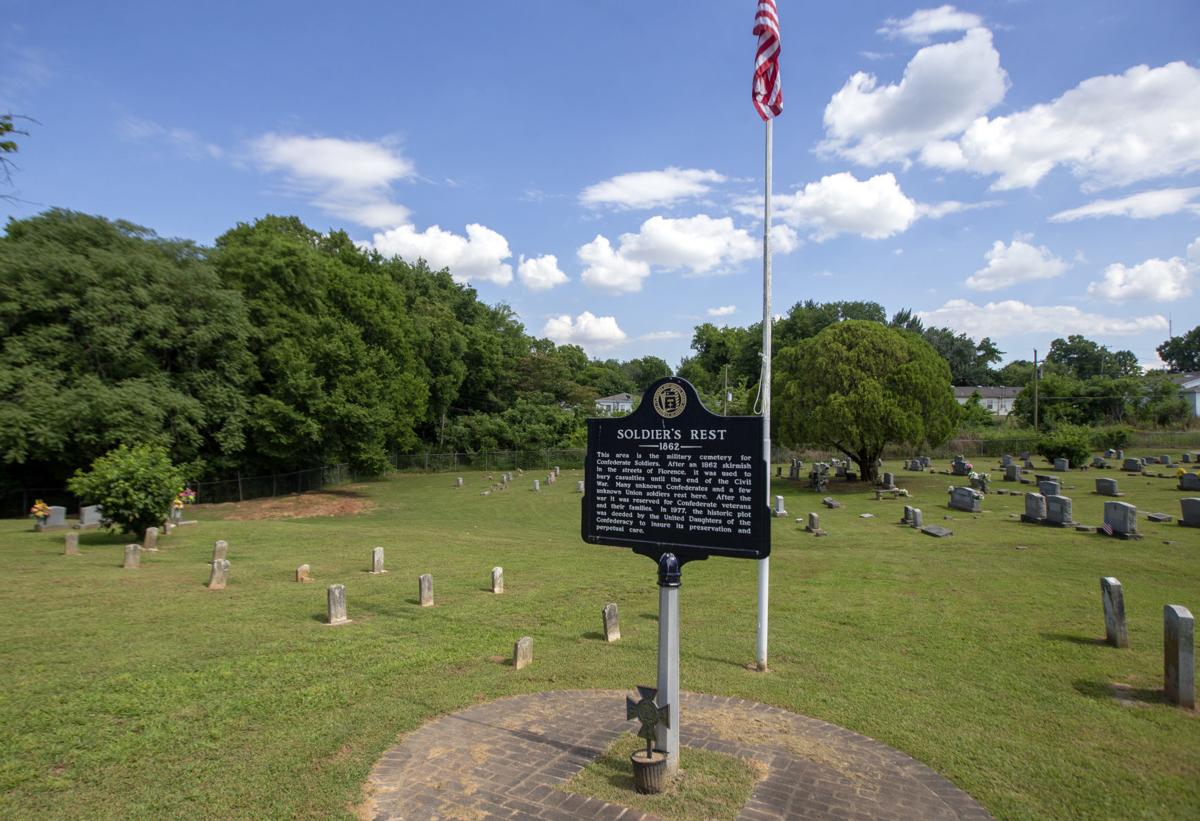 One of the many grave markers at Soldiers Rest in the Florence Cemetery. [MATT MCKEAN/TIMESDAILY]

FLORENCE — The Confederate monument outside the Lauderdale County Courthouse has been at the center of a great deal of discussion, but another part of the city also is getting a lot of mention as a result.

The Soldier's Rest in Florence City Cemetery has become inserted into the conversation, with Project Say Something's request that the courthouse monument be moved there, gaining the attention of groups, including Lauderdale County commissioners and city leaders.

"That basically is an area of the city cemetery that was set aside for Civil War veterans," Freeman said. "It used to be under the control of the United Daughters of the Confederacy. It's a beautiful, tranquil spot."

Set apart in the cemetery by an arched entrance alongside an historical marker, the area is the final resting place for numerous Confederate and several Union soldiers.

Freeman said it was used to bury casualties from an 1862 Civil War skirmish in the streets of Florence.

The marker states, "Many unknown Confederates and a few unknown Union soldiers rest here. After the war it was reserved for Confederate veterans and their families."

The United Daughters of the Confederacy deeded the plot to the city in 1977 to help ensure its "preservation and perpetual care," the marker states.

Freeman has conducted research on the Confederate monument and discovered that there was some discussion about where to locate it, even after the base for it had been built on the Court Square of the old courthouse in the late 1800s. The cemetery was among locations being considered.

There even was talk of placing it at the Tennessee-Court Street intersection and at Monumental Park, which is the location of the current Florence-Lauderdale Coliseum, he said.

Freeman said he would not have an issue with moving the monument to Soldier's Rest, and acknowledges the sentiments of members of Project Say Something who say it is difficult to walk into the county's courthouse and be met with a statue that they view as a monument to slavery and oppression.

"I'm fine with it," he said. "As an historian I would be definitely opposed to the monument being destroyed. As uncomfortable as I am with it, we need to preserve these monuments to have visual, tangible reminders of where we were in the past so we can help to never have that happen again."

Finally, someone mentions the value of these monuments fand the purpose they serve by constantly reminding us of what happened in the past so it won't be repeated in the future.