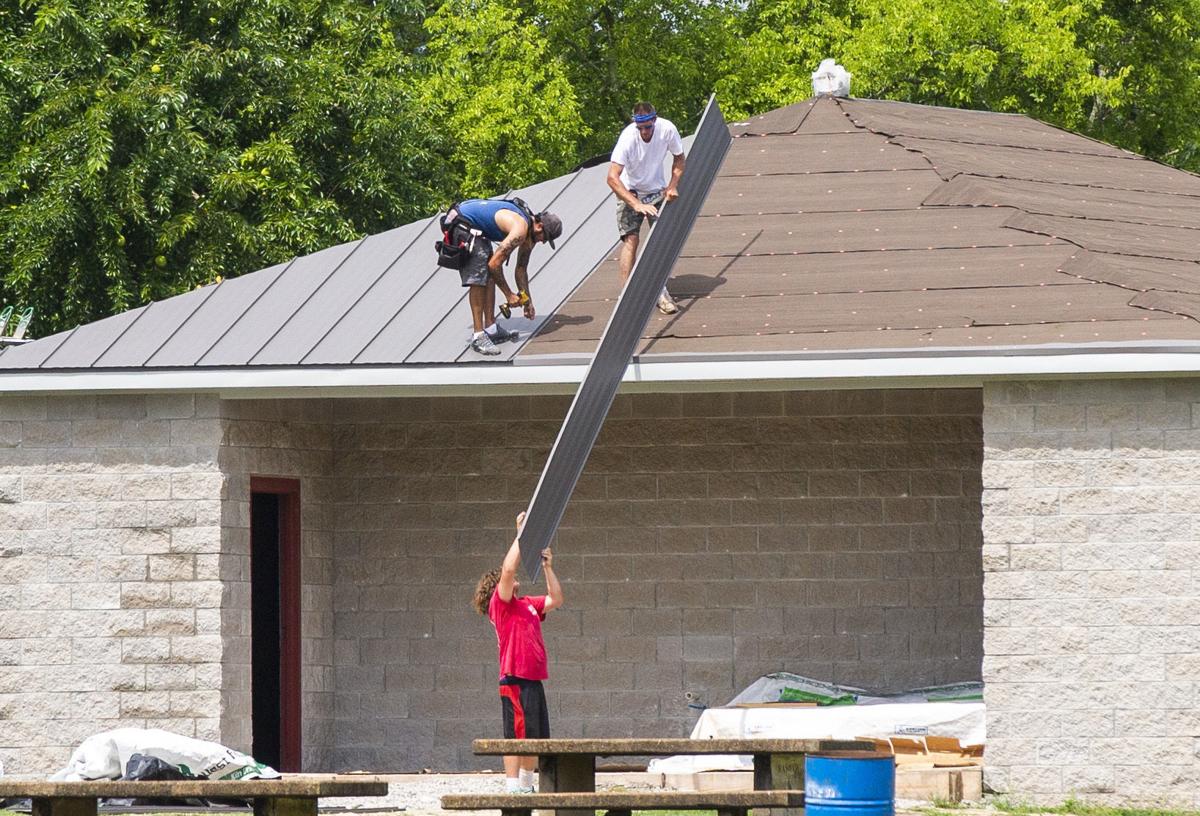 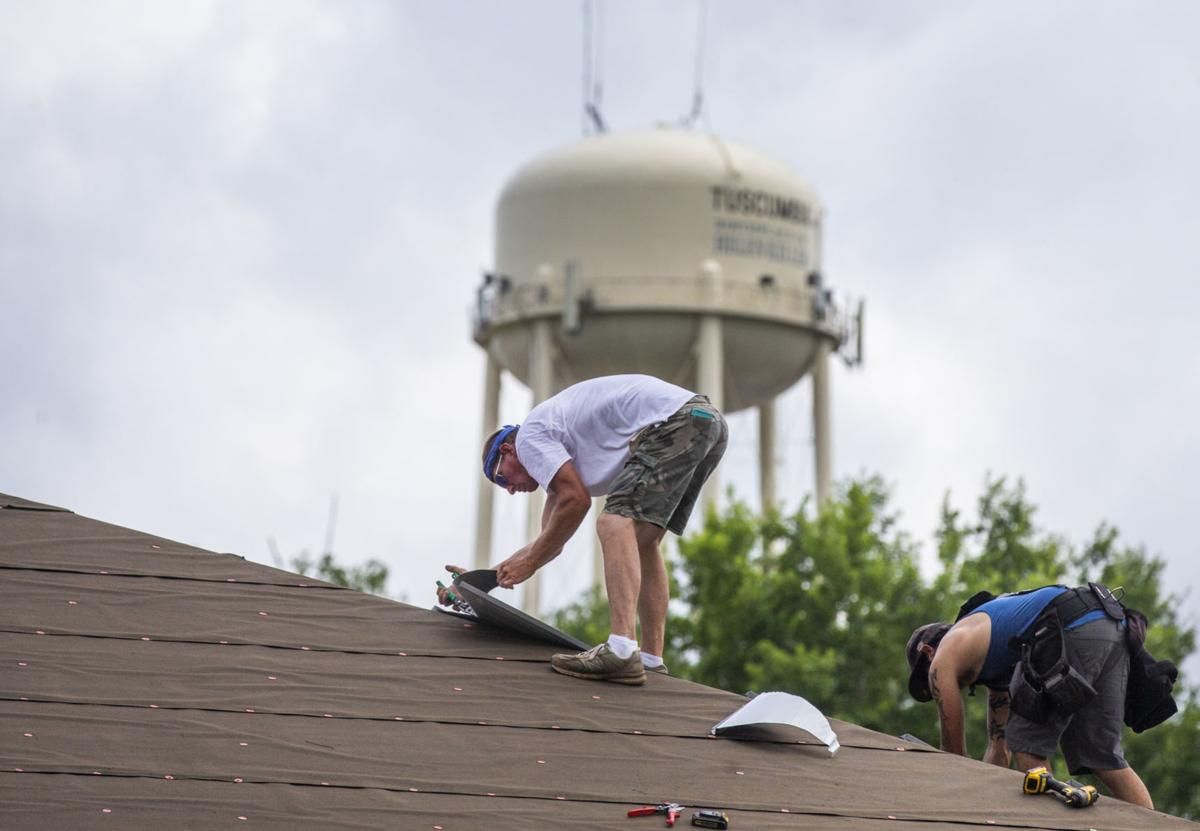 The new restrooms at Spring Park in Tuscumbia are almost ready for public use after roofing work was completed last week. [MATT MCKEAN/TIMESDAILY]

The new restrooms at Spring Park in Tuscumbia are almost ready for public use after roofing work was completed last week. [MATT MCKEAN/TIMESDAILY]

TUSCUMBIA — The restroom facilities at Spring Park that have been under renovation for the past several months are scheduled to reopen in July.

The newly configured facilities will replace the former split building which at one time included a concession stand on one side.

The restroom side of the building was last remodeled in 2000.

The newly constructed restrooms ran somewhat behind schedule as safety concerns during the pandemic slowed work.

Parks and Recreation Director Joel Kendrick said the facility will be adequate to serve the public with five stalls in the women's restroom and three toilets and two urinals in the men's side.

Each restroom will have two sinks.

Roofing work was done on the building last week, and plumbing, electrical and finishing touches are underway now.

The facilities were reconfigured to be more useful and space efficient.

Kendrick said the facility should be ready for use when the park reopens its rides next month.

"We know people are anxious to get back to the park and the normal activities that go on there," Kendrick said. "It's been a difficult season trying to work around the pandemic, but hopefully it won't be long until we get some normalcy back."