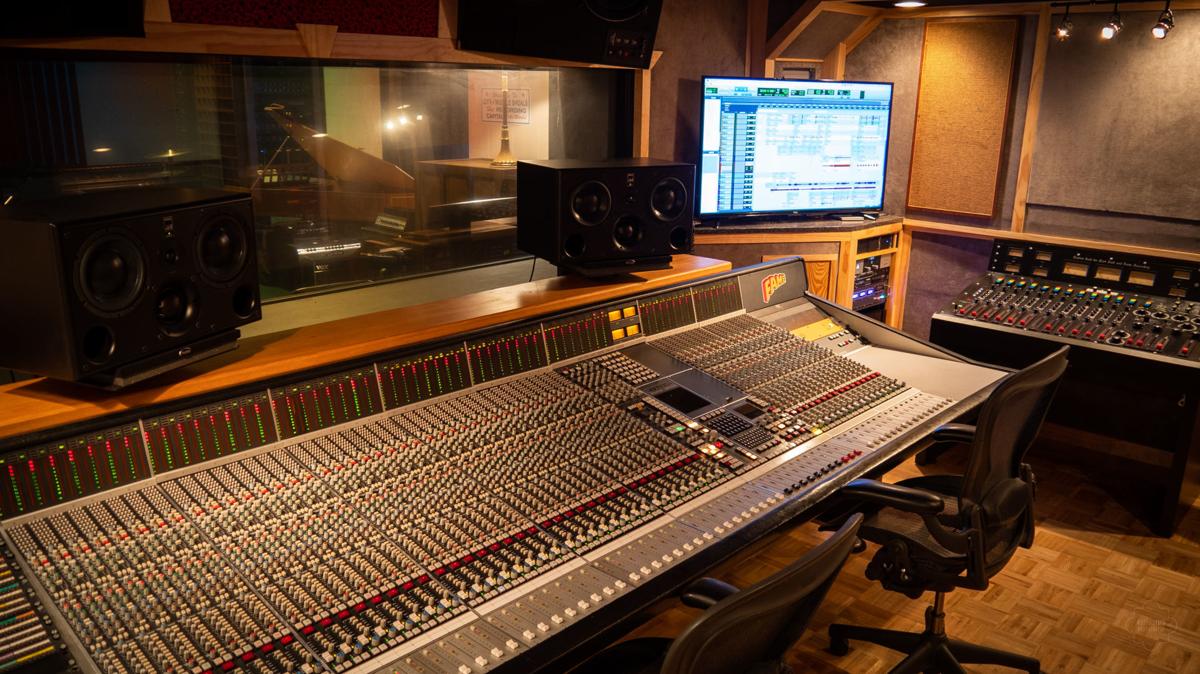 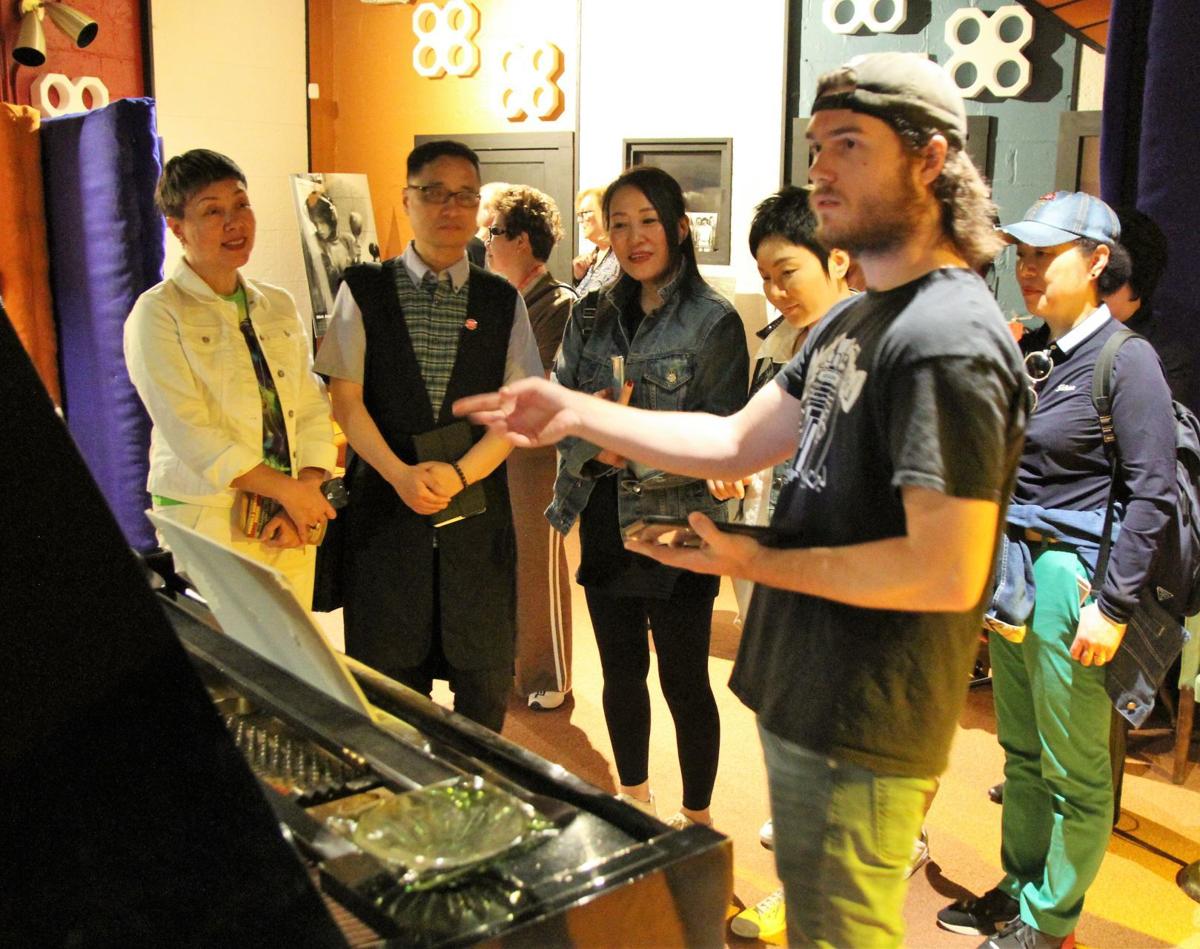 In this file photo from May 7, Muscle Shoals Sound Studio tour guide Chase Brandon tells a group of Chinese tourists about the studio's baby grand piano during a tour. [RUSS COREY/TIMESDAILY] 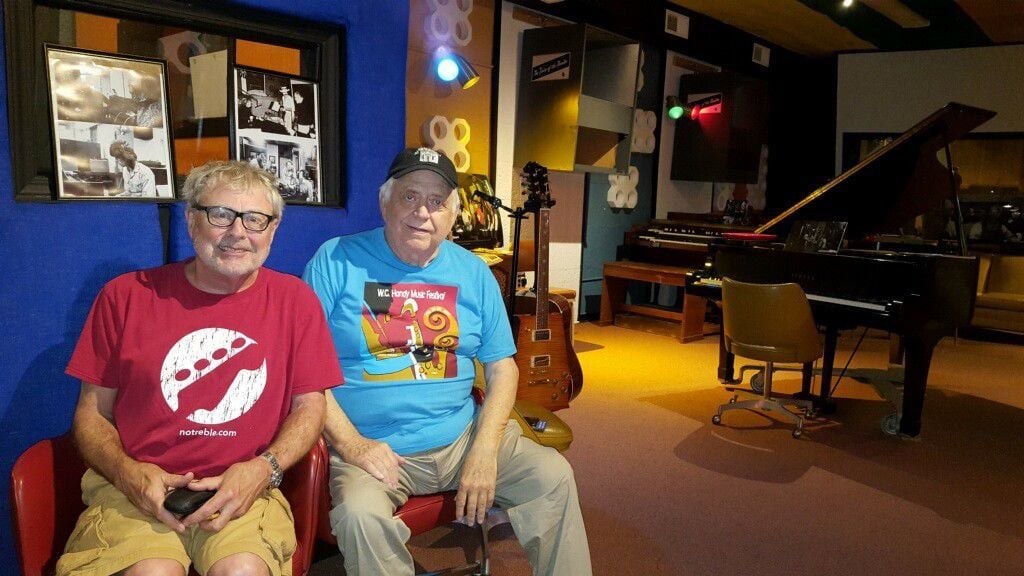 In this file photo from May 7, Muscle Shoals Sound Studio tour guide Chase Brandon tells a group of Chinese tourists about the studio's baby grand piano during a tour. [RUSS COREY/TIMESDAILY]

A comprehensive study recommends the Shoals place more focus on music tourism, create partnerships and Shoals-wide regulations in the music industry, and create workforce development in the field.

The study from the international firm Sound Diplomacy also reveals music is a $49 million annual industry in the Shoals and is responsible for 479 jobs.

It also includes 38 recommendations for enhancing the impact and influence of music in the already music-rich Shoals.

"With the heritage you guys have – one of most important musical heritages in the world – it's an incredible opportunity for the region to capitalize on what you have but also to continue to develop more in the future," said Shain Shapiro, founder and CEO of Sound Diplomacy.

The study's official release is at 4 p.m. Monday at The Marriott Shoals Hotel and Spa in Florence.

In developing the 12-month study, Sound Diplomacy worked with more than 200 people.

A recurring recommendation in the study calls for additional venues for musicians and harmonizing regulations pertaining to the music industry. That includes having Florence, Sheffield, Muscle Shoals and Tuscumbia agree to have identical ordinances relating to noise, street performances entertainment districts.

"There's a ton of incredible music heritage in the Shoals," Shapiro said. "What we saw was there were ways small changes could be made so people could work together more in ways that could have a profound impact.

"If structured properly it could bring the community together more but also it could increase the role music has on tourism in the area, which is big already."

He recommends the Shoals continues to embrace and promote its musical heritage, which includes multitudes of hit songs and famed musicians, but also focus on what he calls the "New Muscle Shoals Sound."

"It's a living culture in the Shoals of future heritage – not just honoring and preserving the heritage we have but, 'How can we support and sustain new heritage?'" Shapiro said.

He believes a cohesiveness in music-related regulations is essential.

"It's very rare for four cities to work together to unify their regulatory infrastructure when it comes to music tourism and live music," Shapiro said. "The rules in Florence should be the same as . . . in Sheffield and so on."

He also recommends a quarterly meeting among officials in the four cities that centers on music and culture.

In addition, the study emphasizes the need for an organization that would take the lead in everything music-related in the shoals.

"We need a revamped Muscle Shoals Music Association," Shapiro said. "We're working on that with the association now."

That also calls for long-range measures such as more music education in local schools and facilitating a public transit system that takes people from venue to venue.

"This is not a race; it's a process," Shapiro said. "We're taking music seriously and treating it deliberately and seriously. Give it the time and attention that it requires so it grows and creates tourism and brings people together more.

"You want to create as seamless an experience for visitors as possible, but also as seamless as possible for people wanting to come in and create. You have time and space and those are the two most important things in the music industry. I live in London. I get it. We don't have either."

The study also recommends encompassing Huntsville into the Shoals music scene – a move that would incorporate a city that is on the path to becoming the largest in Alabama.

The release announcing the study results includes comments from local officials and those in the music industry that indicate a favorable reaction to its recommendations.

"There are many great new ideas included in the study, as well as ideas that have been discussed for decades," said Rodney Hall, president and general manager of FAME Studios in Muscle Shoals. "These recommendations made from quantifiable research will be an amazing asset as the north Alabama music community continues to work together to grow the next generation of music-related industry professionals."

Judy Hood, chairwoman of the Muscle Shoals Music Foundation, said she and Muscle Shoals Sound Studio Executive Director Debbie Wilson met with the mayors of the Quad-Cities to discuss the study and each one expressed support for it.

"This study was a unified effort involving all four cities," Hood said. "This strong commitment from our community leaders positions us to take the music industry and music tourism to the next level. We appreciate their support of the study and look forward to working with them on the next steps."

Rob Carnegie, CEO of Florence-Lauderdale Tourism, said the study "puts forward some strong practical recommendations that will advance the music strategy for the Shoals and put us in a position to further nurture and support our music history and current offerings. Working together will only strengthen the music economy in our area."

Shapiro said music is important to the Shoals from a cultural aspect, but if you look at it economically it is essential, and the $49 million annual impact is proof of that.

"This is money for the region," he said. "This is an economic driver for the Shoals. If music disappeared there would be $49 million less in the economy."