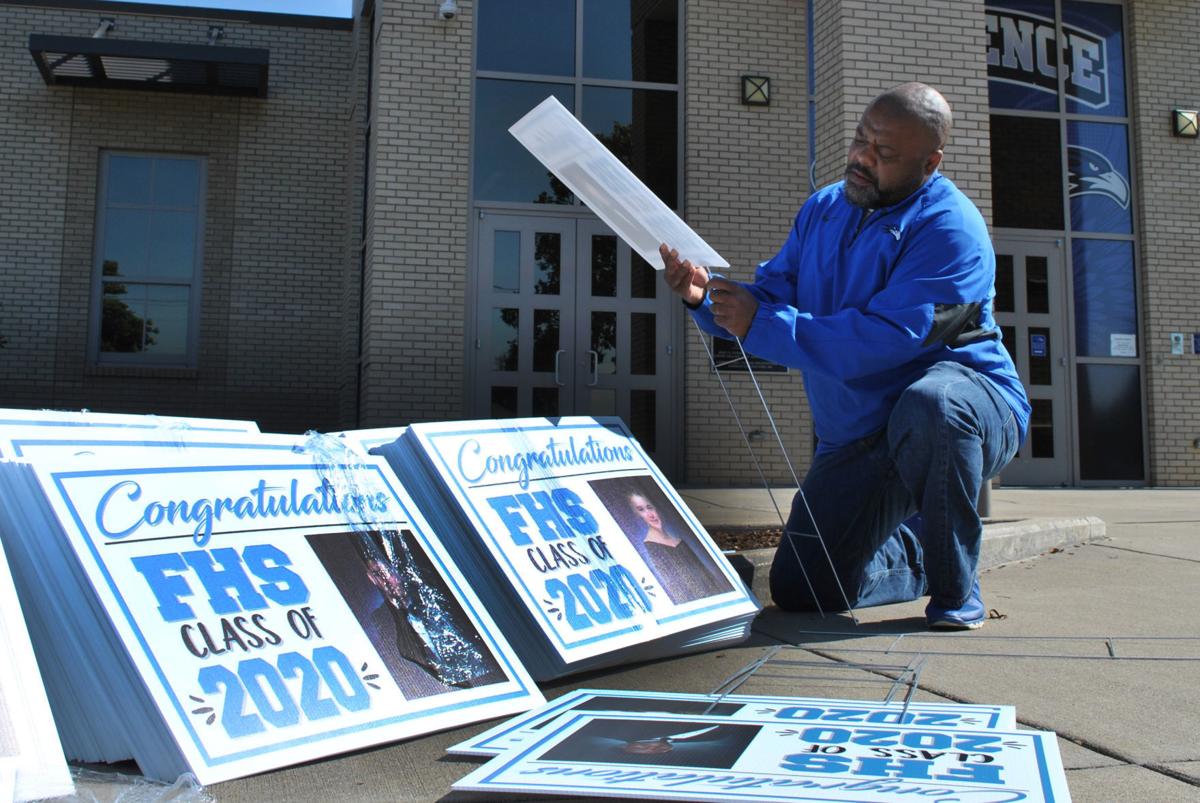 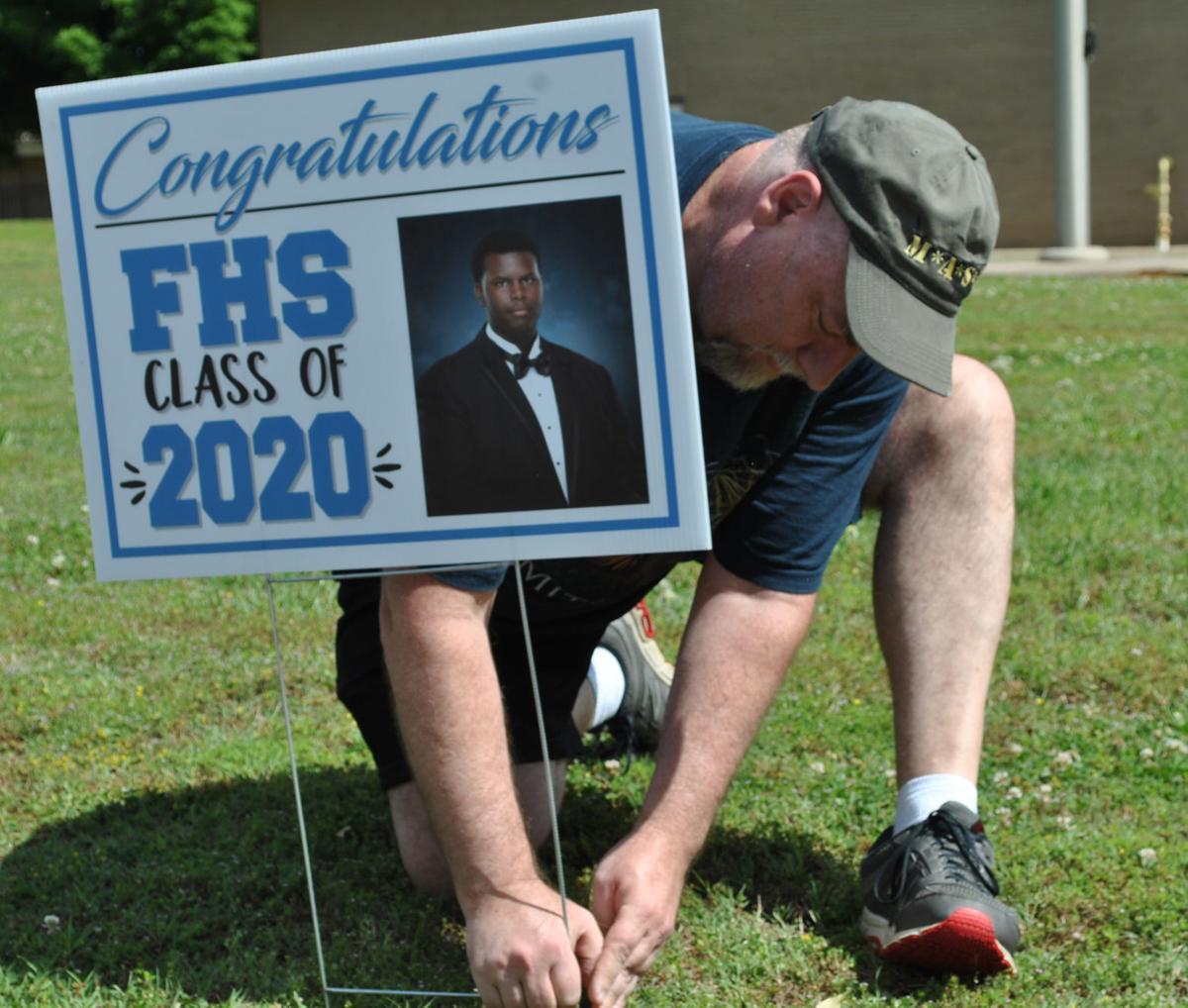 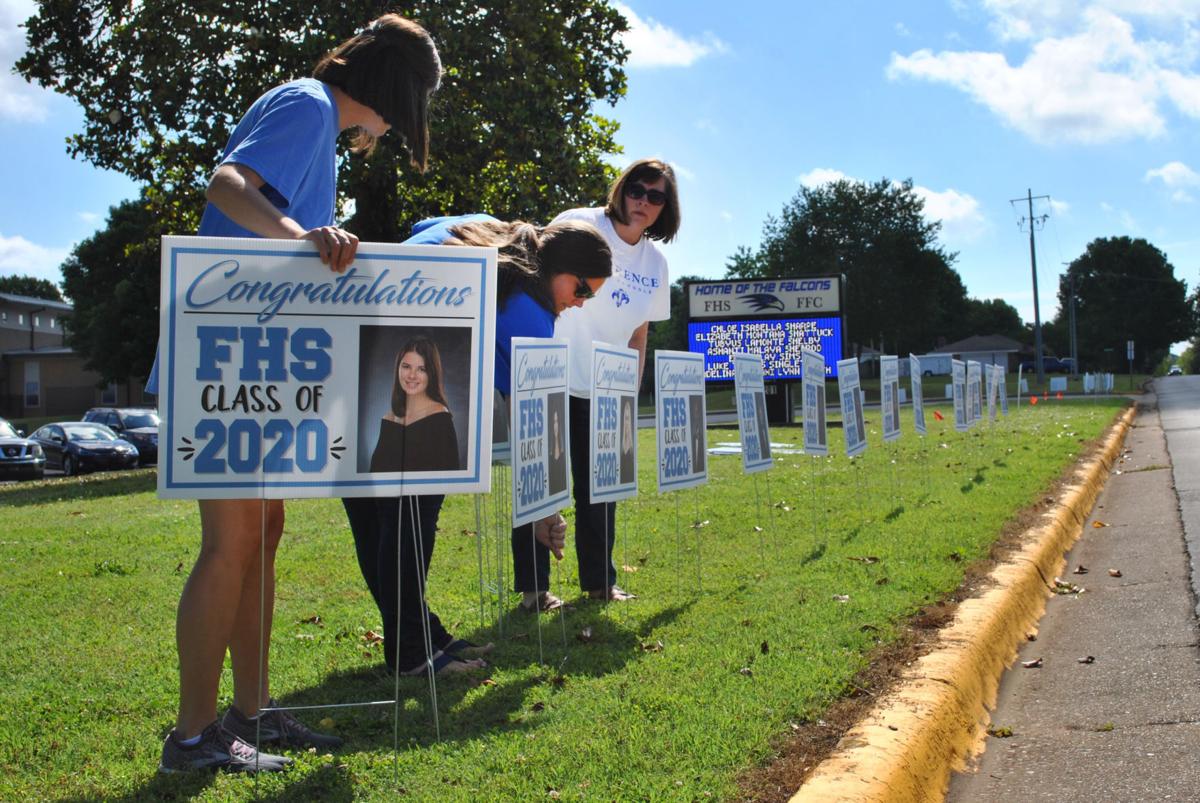 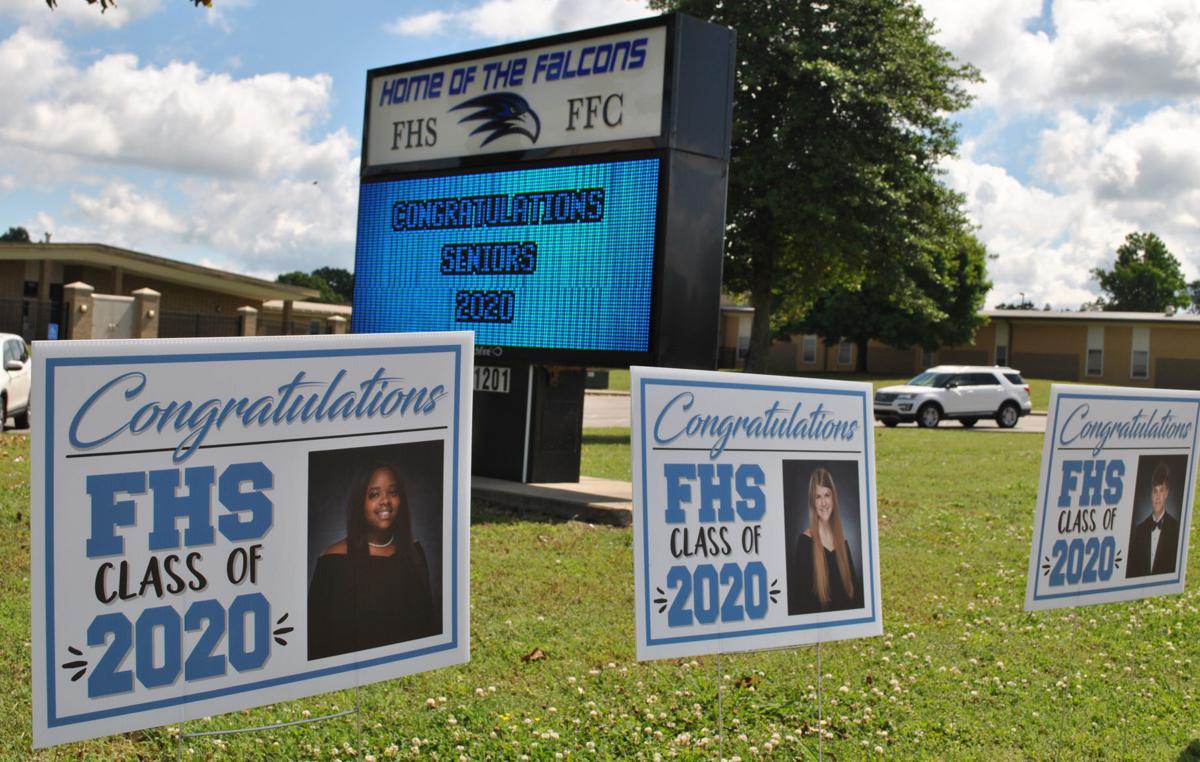 FLORENCE — Florence High School faculty members have created a special graduation gift for the Class of 2020.

Teachers on Friday adorned the front of the school with yard signs bearing the images of each of the 330 members of the senior class.

They did so as a way to honor the class since they had their senior year cut short when instruction moved to strictly online this spring due to the COVID-19 pandemic, Florence High School Principal Rod Sheppard said.

"They'll have something to go by and look at and cherish," Sheppard said. "It gets them back on campus one more time, too. This allows them to be able to see themselves congregating together, even though it's just in pictures."

He said teacher Will Townsend came up with the idea and Joseph Romans Photography, which took senior portraits of the class, gave them permission to display them on the signs.

"We're very thankful to the Romans family for that," Sheppard said.

Townsend, who lives near the school, said it's become common to see members of the class posing for photos at the school, and he hopes this adds to their senior experience during these unusual times.

"It's cool to see a lot of them in their caps and gowns coming up there to get their pictures made," he said.

Tara Bruce was among teachers staking the signs into the ground. She said the project became sentimental for the teachers, as well, with them often stopping when they see one of the portraits and letting out an "awww."

The teachers said this class will hold a special place in their hearts because the students didn't get to experience their complete senior year.

"I think they were robbed of a lot of things so we wanted to make this as special as we could," Bruce said.

Teacher Rachael Nelson said it also is an opportunity for them to send off the students.

"I had most of these students for two years," Nelson said. "It was very sad for it to end abruptly. We love them and didn't get to say goodbye to them appropriately."

Assistant Principal Veronica Robinson said this also is a way to let the students know they have remained in their thoughts.

"It just really makes me happy that we were able to do something for them since their year was cut short, and it's just a way to let them know we didn't forget about them," Robinson said.

Will you shop ‘the longest yard sale’ this weekend?