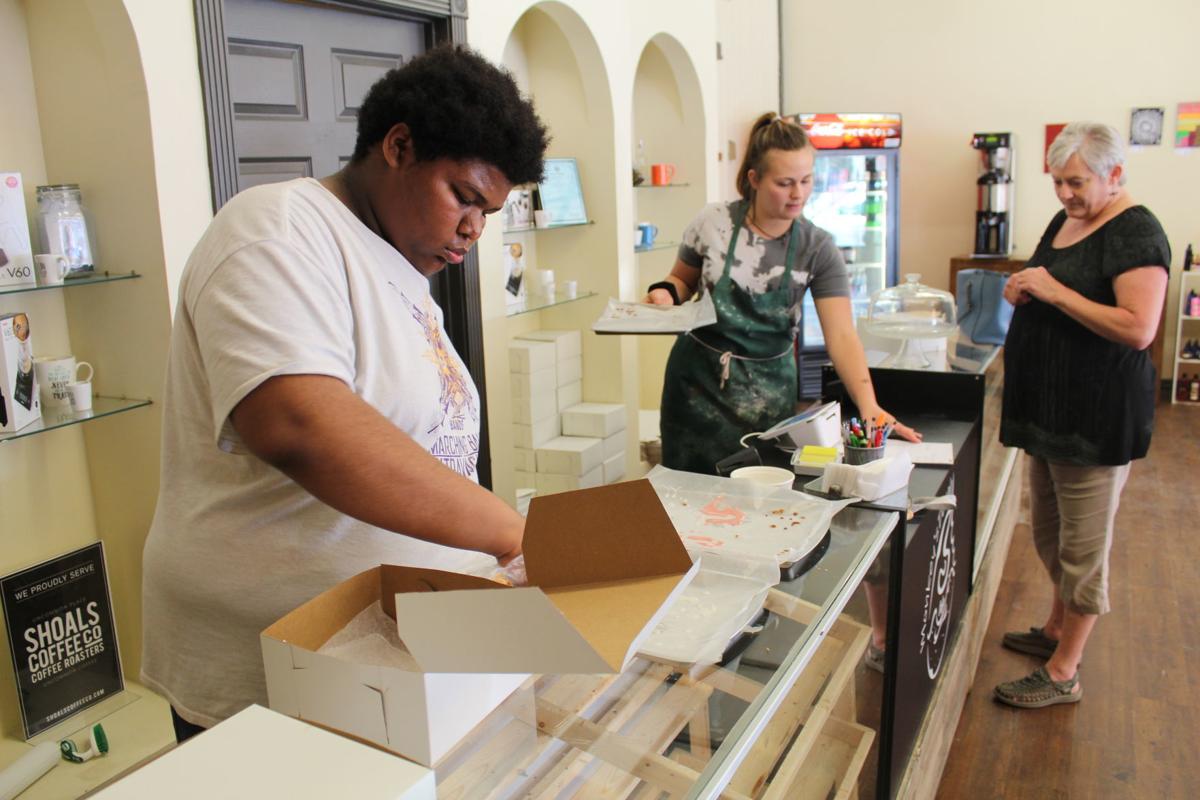 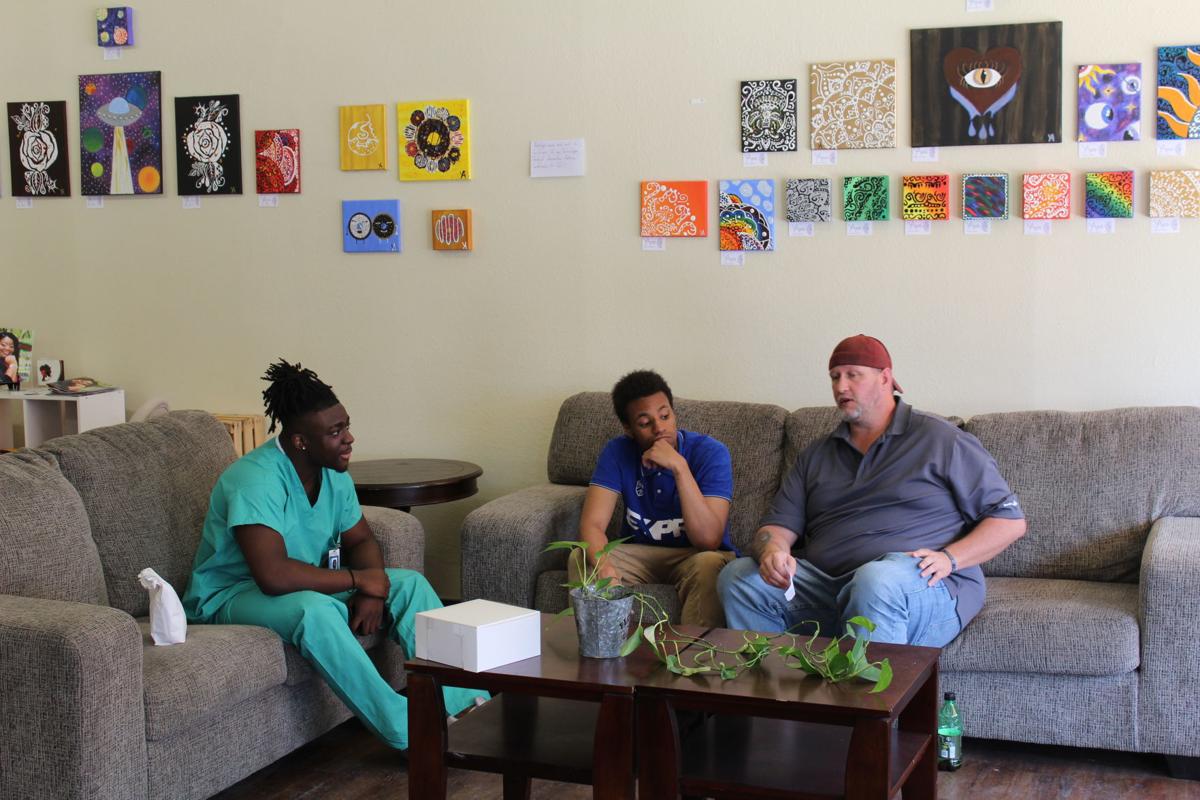 Derrick Howard, seated on right, talks to potential workers. He said the shop plans to showcase young artistic talent on the shop's walls. Above him is a display of work from a Florence High School student. [SHERHODA ALLEN/TIMESDAILY] 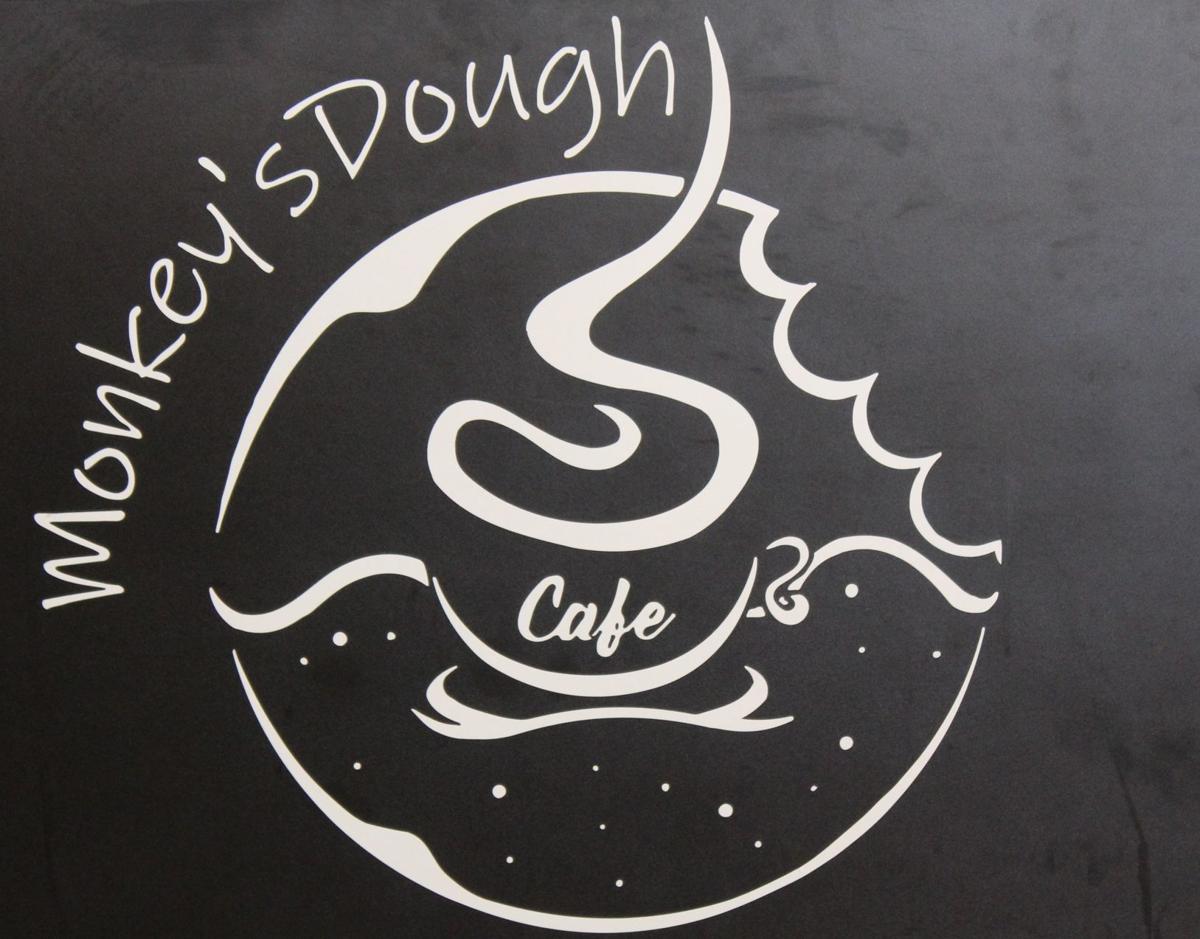 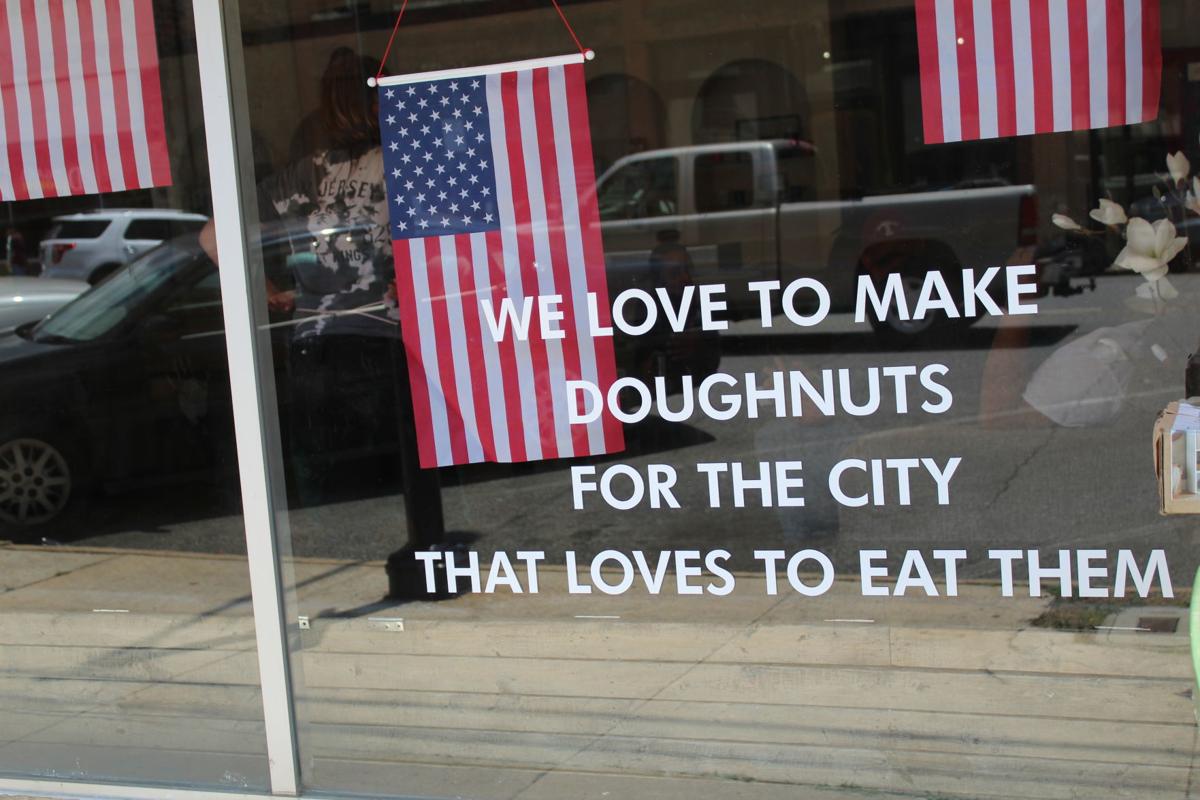 Derrick Howard, seated on right, talks to potential workers. He said the shop plans to showcase young artistic talent on the shop's walls. Above him is a display of work from a Florence High School student. [SHERHODA ALLEN/TIMESDAILY]

TUSCUMBIA — Monkey's Dough Sales Manager Derrick Howard said he and employees at the new doughnut shop in town had to wave the white flag Friday after selling out of their product.

It was their opening day.

"We ran out four times before we had to close it down," Howard said.

It was a dream opening day for the new business in downtown Tuscumbia and a good experience for the young people who work with Howard.

The shop employs young people with hope of teaching them valuable skills in public communication and entrepreneurship. Of course, it helps to have a product the salivating public will stand in line to buy.

"When we opened up, I didn't expect the support we got," Howard said. "They've really responded to us, and we really appreciate that."

Howard said the owner, Toni Hill, has perfected doughnut recipes that are made from scratch. He said she has encouraged the young employees to experiment. "They've come up with some that taste really good."

Another unusual feature in the shop is a wall dedicated to young artists in the area. Currently, Florence High School student Yasmina Assajeri has her work displayed there, and the shop has plans to showcase others, with one ultimate goal of having sidewalk exhibit and auction of their work, Howard said.