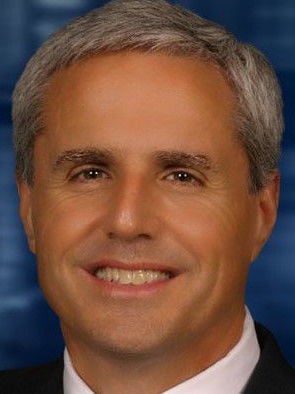 MONTGOMERY — Recently unemployed Alabamians will see a slight increase in their weekly unemployment compensation checks, but the number of weeks they are able to receive them has decreased since a new law went into effect Jan. 1.

Senate Bill 193 was sponsored by Sen. Arthur Orr, R-Decatur, and approved in the 2019 legislative session. It ties the number of weeks people receive jobless benefits to the state’s unemployment rate, going from 26 weeks to a variable of 14 to 20 weeks.

Alabama’s latest unemployment rate is 2.7%, a record low for the state.

Those who enroll in a state-approved training program can also receive five extra weeks of compensation.

Rep. Danny Garrett, R-Trussville, who sponsored the legislation in the House, said the system needed to be updated to meet existing workforce realities.

“In the current environment where employers are desperate for employees, it doesn’t really make sense to have a six-month period where someone can draw on unemployment,” Garrett said. “The best thing for someone in that situation is to get back into the job market. It’s better for the individual, and it’s better for the state economy.”

Orr said the extra five weeks of compensation for those who participate in training was to help improve long-term job prospects for those individuals.

“We wanted that in there so they could improve their skill set, and make them more marketable to hopefully help them to increase their earning capacity,” Orr said.

The new law raised the weekly compensation from $265 to $275. Those dollars come out of the Alabama Unemployment Insurance Trust Fund, funded by employers’ unemployment taxes.

The fiscal note for the new law says it will save the fund $45 million per year, which Orr said will most likely help small business owners.

“Employers should receive a reduction in employment taxes, so they should be paying a lot less effective this month,” he said.

Unemployment compensation is only available to those who lose their jobs through no fault of their own.

Rosemary Elebash, the Alabama state director for the National Federation of Independent Business, was a major supporter of the bill. Because of the state’s historic low unemployment rate, she said, it is more important now than ever to get skilled workers into the workforce.

“For more than two years, the No. 1 problem facing small business owners is the lack of qualified workers,” Elebash said. “The important part of the bill to me is those extra five weeks of training because you still get to draw your unemployment. We found there are so many certificates that people could earn in that period of time, and it would create a true economic path for them upward.”

Orr said legislators originally wanted the law to take into account unemployment rates by county, allowing for more weeks of compensation where the rate was higher, but that was not allowed by the U.S. Department of Labor because of equal protection issues.

Garrett said that Alabama is now in line with unemployment compensation laws in many neighboring states.

“What we see with other states with similar programs is they’ve moved away from this old model where if you’re unemployed you simply have six months to find a job,” Garrett said. “Now it’s connected with the unemployment rate, so we can see what’s fair and get you back in the workforce.”