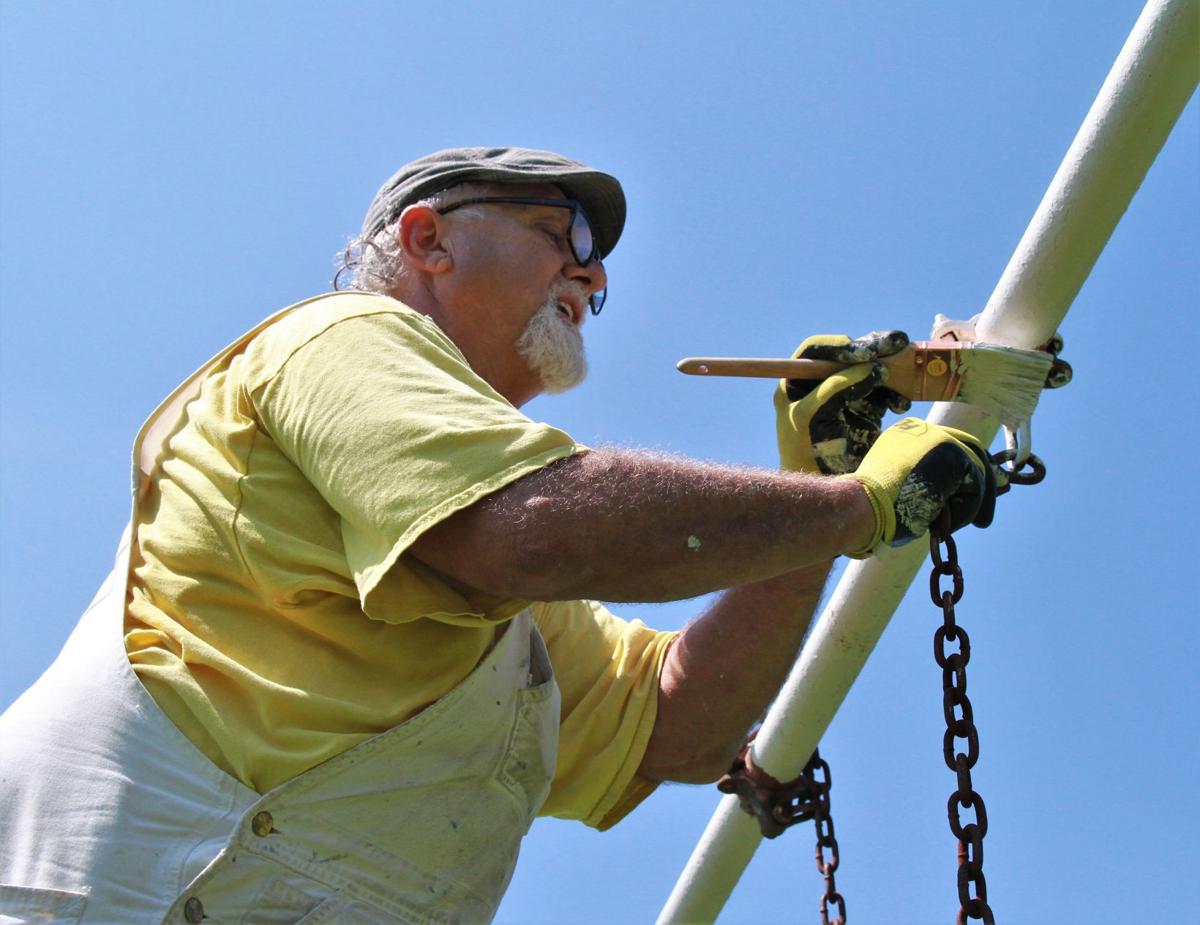 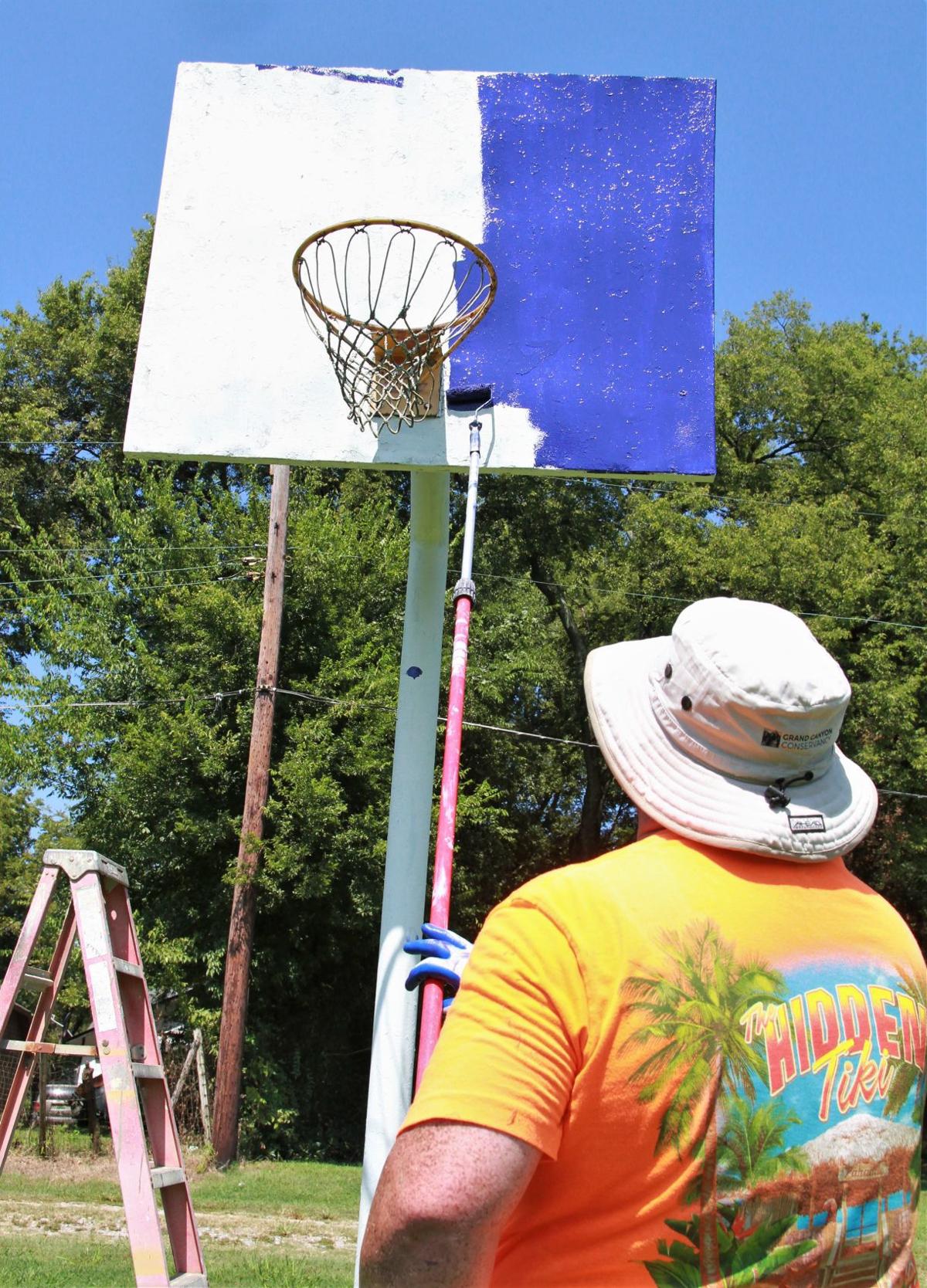 SHEFFIELD — When city resident Wendy Snitzer approached Mayor Ian Sanford about making improvements to the 10th Avenue Park, she said he told her to "have at it."

Snitzer said she knew the city's Park and Recreation Department didn't have the means to make major improvements to the park, so she started contacting potential sponsors.

"In that time, I put together a little network," Snitzer said. "It is so important because of all the people who have stepped up."

The small park between East 28th and East 29th avenues has a few pieces of older playground equipment, an urban garden and an old backstop. Parks and Recreation Director Ricky Canup said ball games haven't been played at the park in years.

"Ian told me three years ago there was no money in the budget for this park," Snitzer said. "I understand that."

On Wednesday, Glenn Wilson and Chris Ming of the IBPAT Local 1293 were painting the playground equipment ahead of additional improvements that are expected to begin this week.

Wilson said Sherwin Williams donated the paint, and he and Ming volunteered their time to help the community. Wilson is a training coordinator with the local while Ming is the business agent.

Through various donations and sponsorships, Snitzer said she will be able to add a "regulation size" 42 foot by 72 foot, striped, concrete slab for basketball as well as a second basketball goal. She said Sanford agreed to add additional electrical services and a security light at the park.

Sanford said he will ask Sheffield Utilities to visit the park at night to determine the best place for a security light.

Snitzer said the University of North Alabama's Art Department will help decorate picnic tables that she is having donated. Snitzer said the Parks and Recreation Department would allow her to cut base paths for the ball field if she could secure a "sod cutter."

Since his budget does not allow improvements of this scope in the park, Canup said he's all for Snitzer's project.

Snitzer said she's focusing on the 10th Avenue Park "because it was forgotten and served a lower-income community."

"She took it on and she's good at getting things out of people," Sanford said. "I appreciate it, and I think there are enough kids and families that will go use it. I'm pleased because it's really not costing us a thing."

Snitzer plans to utilize the park for the Hip Hop for Hope event on Saturday, which will feature music, food, activities for children and giveaways. The event lasts from 1 to 4 p.m.