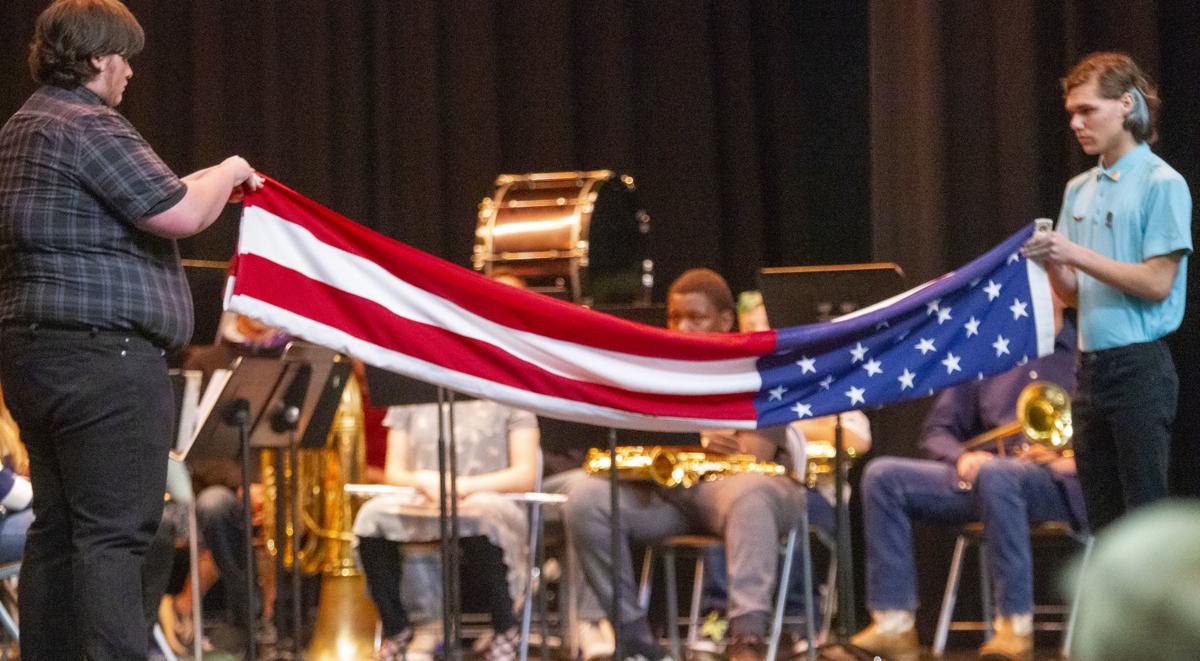 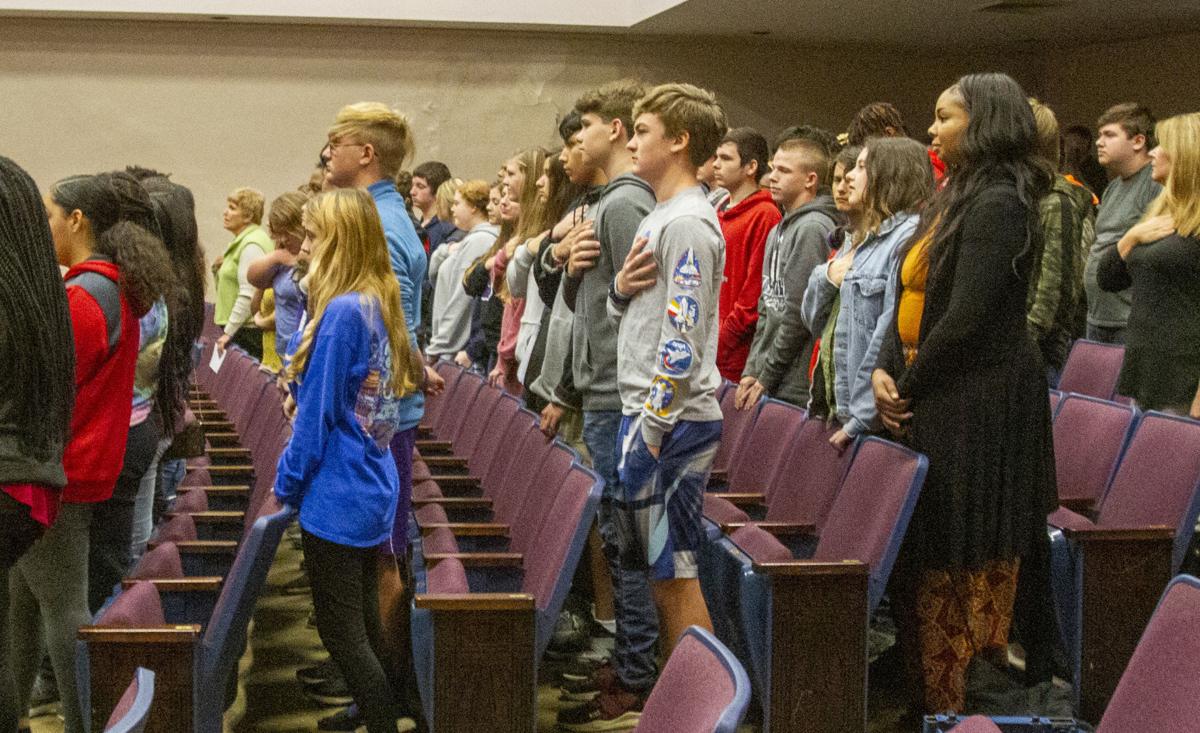 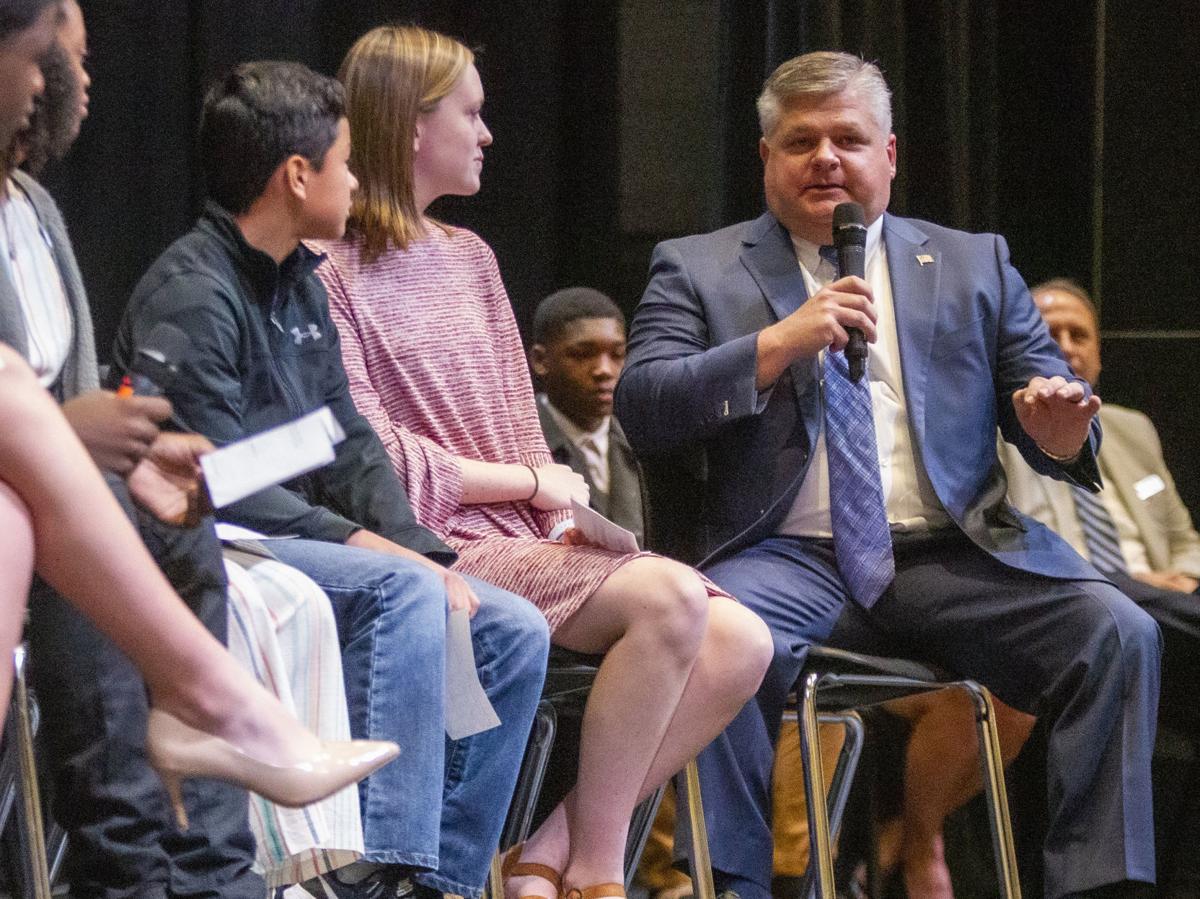 For retired Army 1st Sgt. Lee Clement, there’s a clear distinction to be made between Memorial Day and Veterans Day, and it’s one that often goes unnoticed.

“The difference is that with Veterans Day, we’re recognizing, and celebrating those military veterans who’ve served their country and are still among us,” he said, to an auditorium of Sheffield High School Students who gathered Thursday for the school’s annual Veterans Day program. “Most importantly, we still have them here to learn from, to celebrate and to appreciate.”

Sheffield schools, like many locally, hosted programs on campus to honor veterans prior to Veterans Day observances Monday.

During Thursday’s program, Clement urged students to take service seriously, and even if they don’t feel led to serve their country through the military they can “still serve others on a daily basis.”

“Everyone isn’t cut out for (military) service, but when God puts an opportunity before you, take it and go wide open with it,” he said. “Even with little things — if a lady drops her purse, pick it up for her. Always strive to be of service to others.”

Clement shared his personal story of his 22 years in the Army, during which he conducted training in explosives, and “all together trained about 6,000 young men and woman to go to war.”

“I got on a path that set my life in motion and much of my service was a faith walk,” he said. “I never viewed my service to this country as anything short of an honor.”

The winner of this year’s Daughters of the American Revolution citizenship award was also recognized — senior Skylar Elkins.

Each school in the Florence City Schools system had a program during the week, Superintendent Jimmy Shaw said.

He said students had the opportunity to hear from veterans, and that helps personalize what they know about the sacrifice members of the military make.

"The students are like most people: sometimes we only know on the surface what it is about, but when you get real people in there and they hear them talk, that brings it more into focus," Shaw said.

Likewise, each Lauderdale County school had a separate program. Like in Florence, the students were involved.

"We had about 70 veterans attend, followed by a reception in the media center," Fields said.

Do you believe there will be positive change in police race relations in the wake of protests over George Floyd’s death?