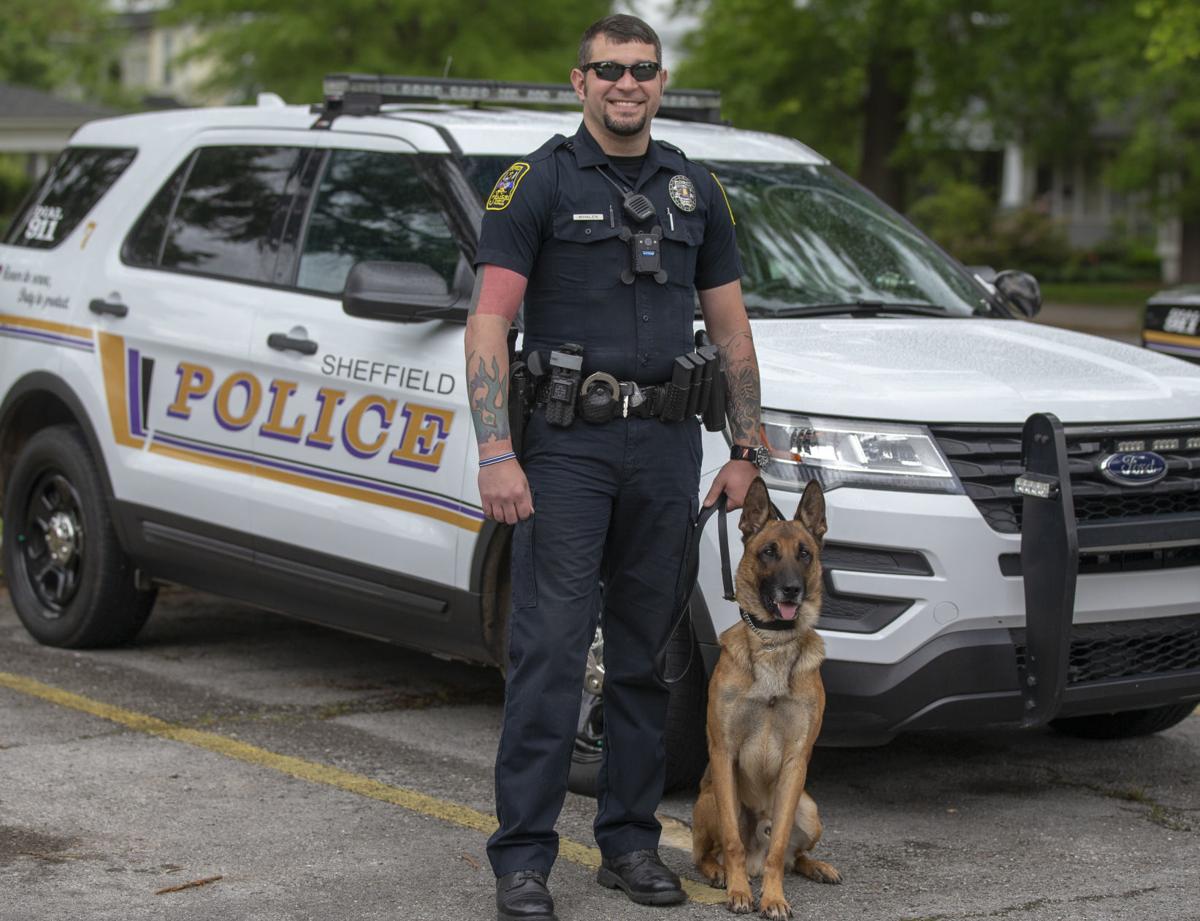 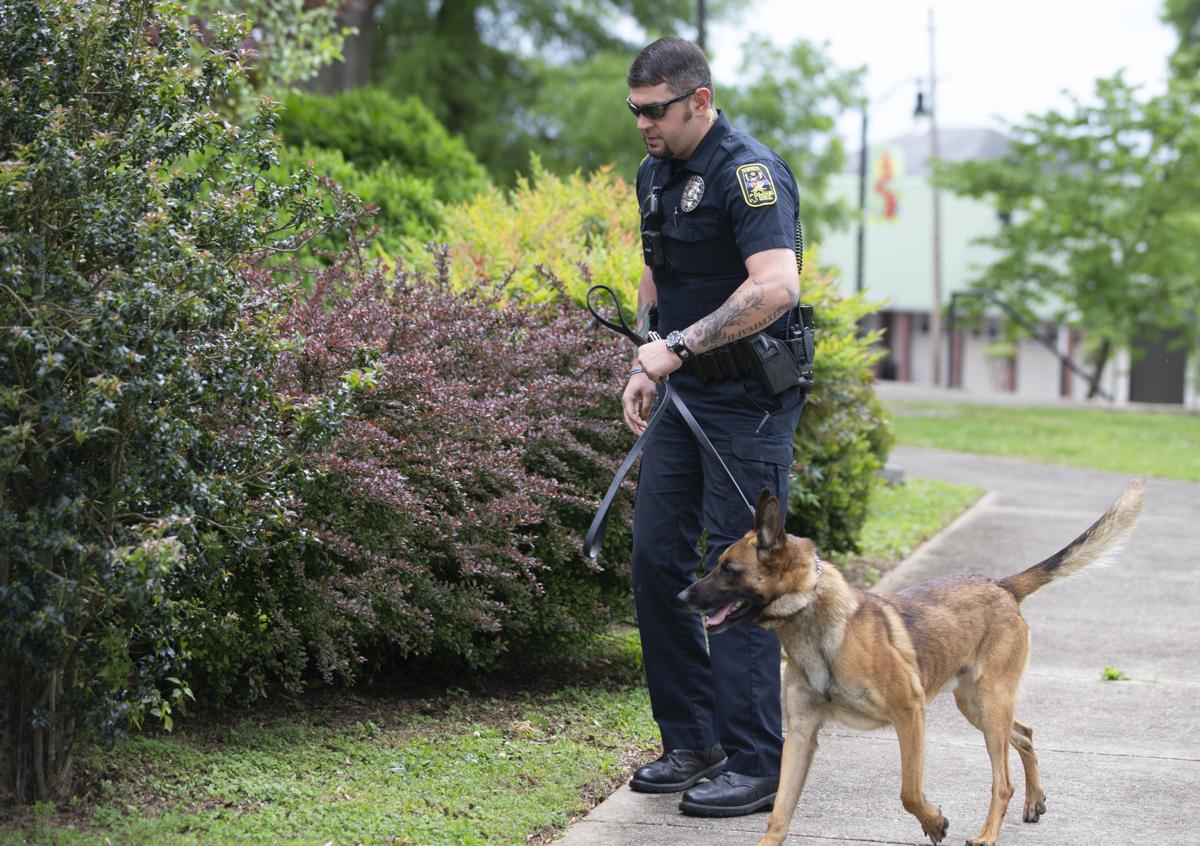 SHEFFIELD — The Police Department's newest four-legged member has already proven himself in the sands of Iraq as an explosives detection dog with the U.S. military.

Police Chief Ricky Terry said Mike the dog was acquired without cost from the military contractor SOC, which allows law enforcement agencies to adopt some of its animals.

If the city purchased Mike, Terry said the animal would have cost about $17,000. All the city has to do is cover the cost of the dog's food and veterinary visits.

A Shoals resident started a fundraising effort to purchase a kennel that will be installed at the home of Mike's partner, officer Mark Whalen.

Whalen said he worked with canines while working as a military police officer in the U.S. Army.

Mike specializes in detecting explosives. Whalen said the dog can detect 33 different scents of substances like black gunpowder and plastic explosives like Semtex.

Terry said the dog will be useful in the event of a bomb threat at a local school or hospital. He could also be used to help detect a firearm at a crime scene.

"If we're looking for a gun in a school, it can hit on that because of the gun powder," Terry said.

Mike is a Belgian Malinois, the same breed as the city's drug detecting canine Whiske. He's 4 years old and was born in Hungary.

"We're happy with him so far," Whalen said.

Terry said the department adopted Mike with the intentions of the dog continuing his explosives detection capabilities, but they have plans to have the dog trained in criminal apprehension.

He said Whiske may also be trained for criminal apprehension.

While Mike was in Iraq, he was responsible for 34 explosive detections during three rotations.

Terry said Whalen found out that SOC was allowing police departments to adopt some of its dogs and did some more research. The officer had to travel to West Virginia to pick up Mike, the chief said.

Terry said he was considering adding another canine to the force, but not at this time. But since Mike was essentially free, they decided to go ahead and adopt the dog. He said Mike can probably serve the department for another five years.

He said Mike's services will be available to other departments in the Shoals.

Have you had to postpone a wedding because of COVID-19?