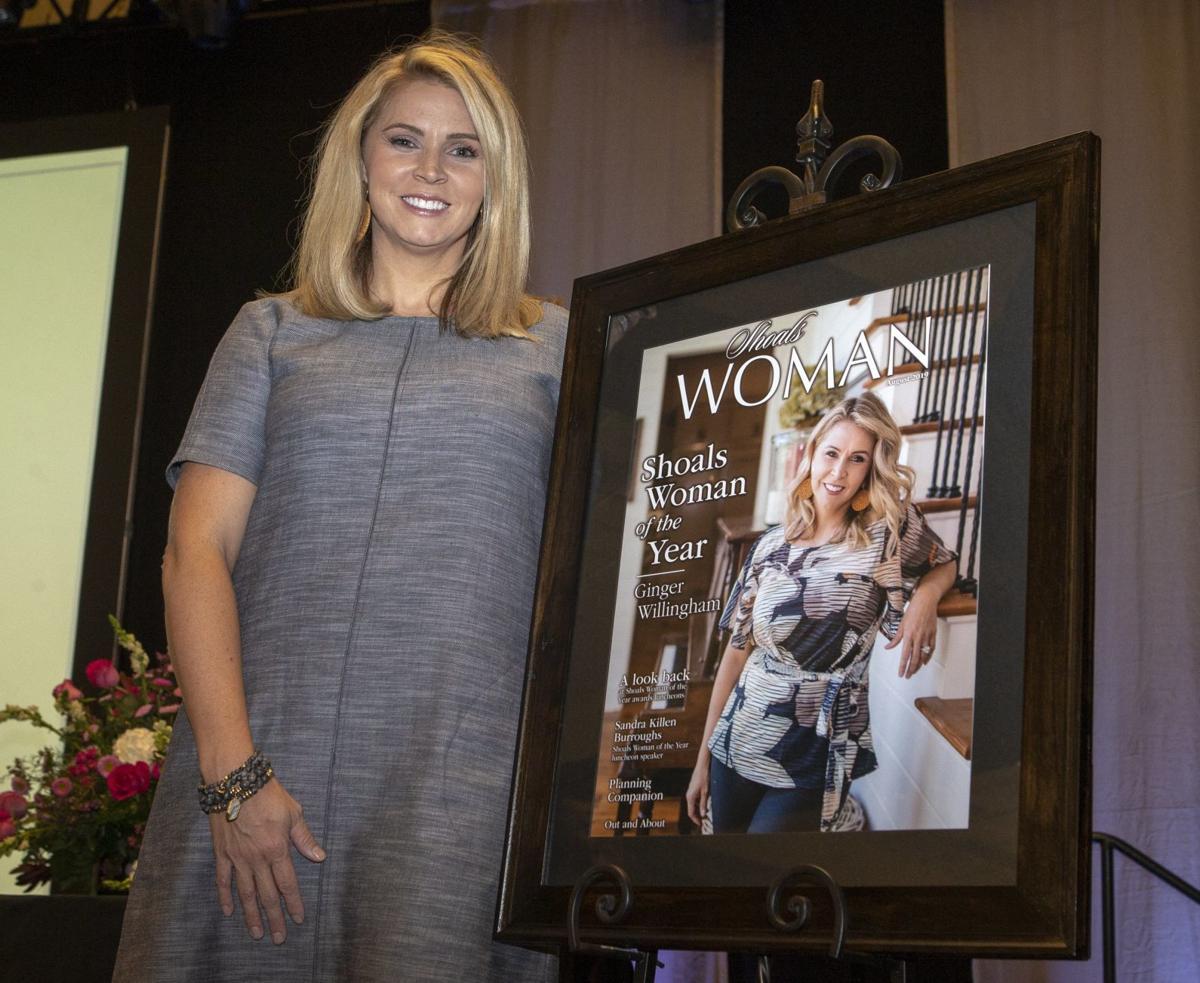 Ginger Willingham stands next to the magazine cover after it was unveiled at the 2019 Shoals Woman of the Year luncheon. [MATT MCKEAN/TIMESDAILY] 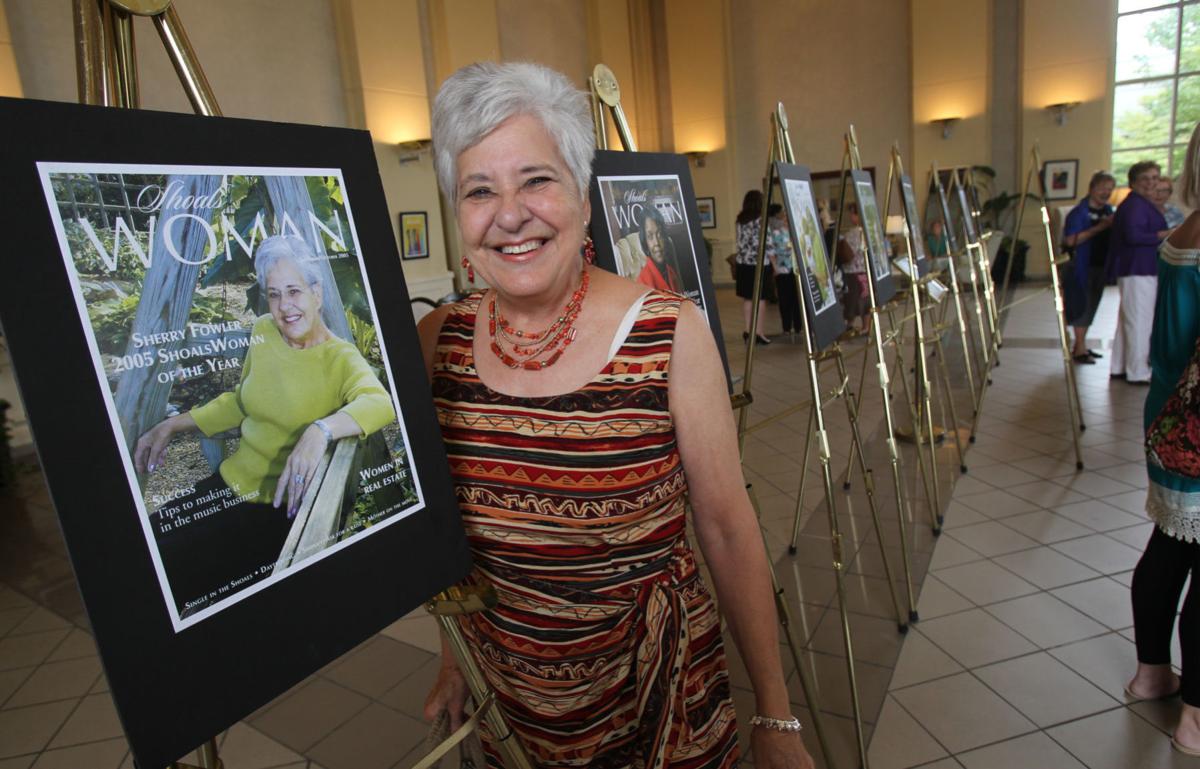 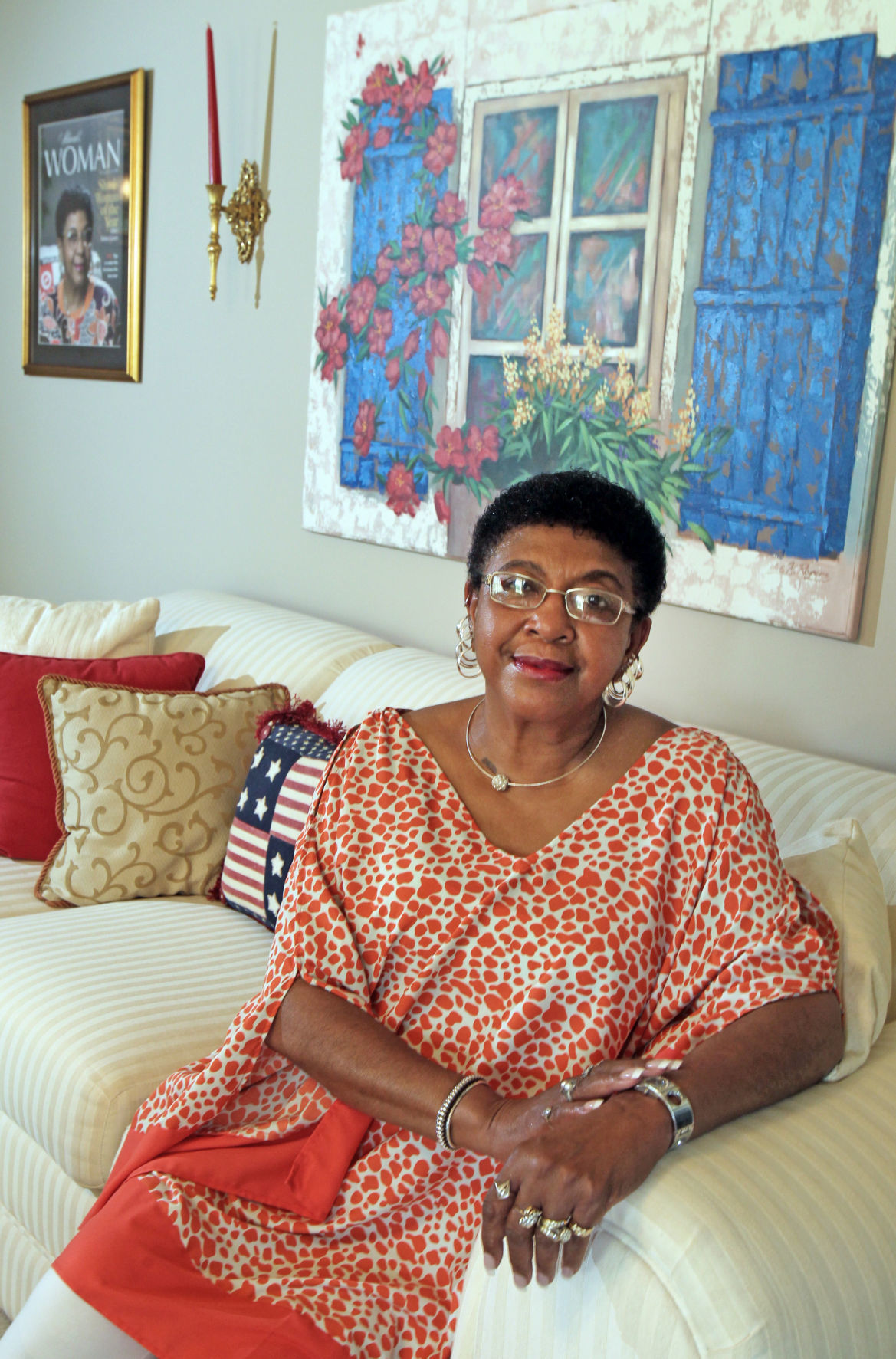 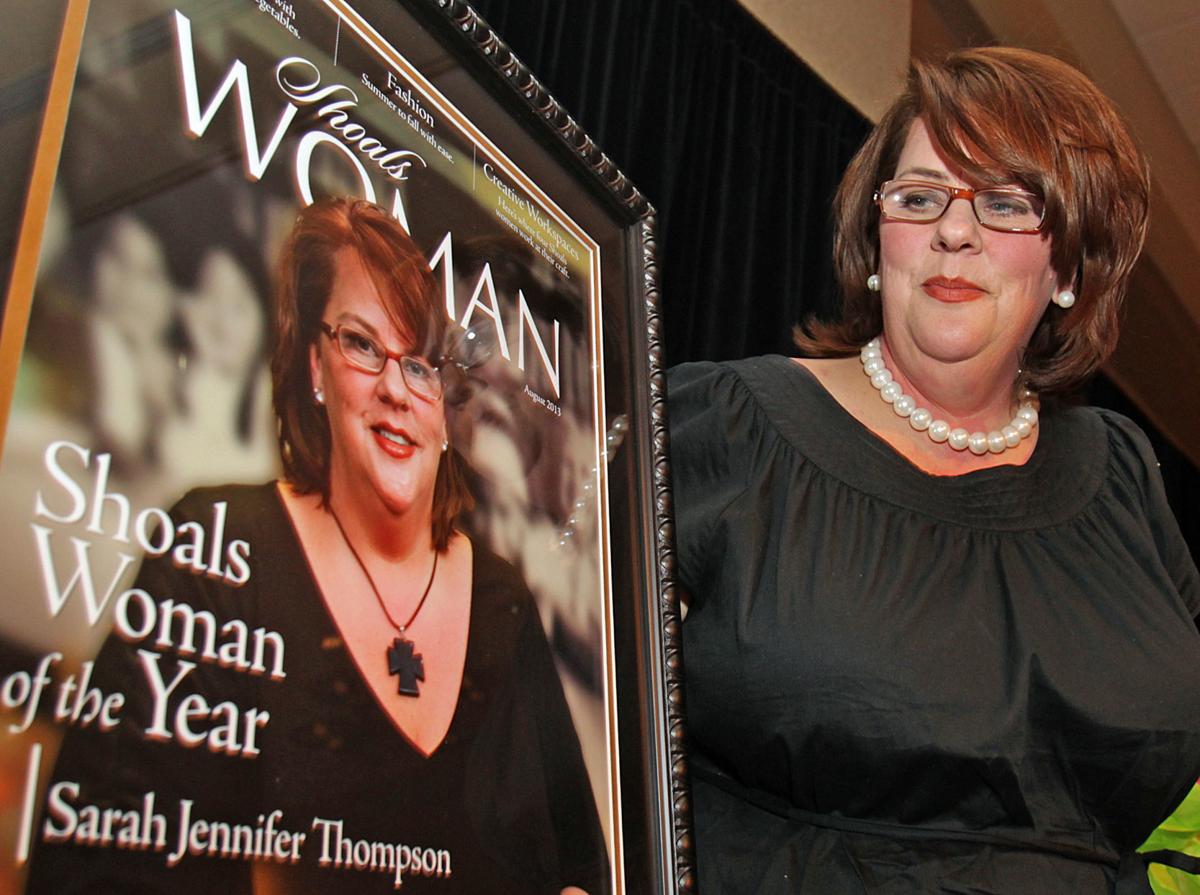 Sarah Jennifer Thompson looks at the Shoals Woman of the Year magazine cover, featuring her, after being announced as the winner during the awards luncheon in 2013. [FILE/TIMESDAILY] 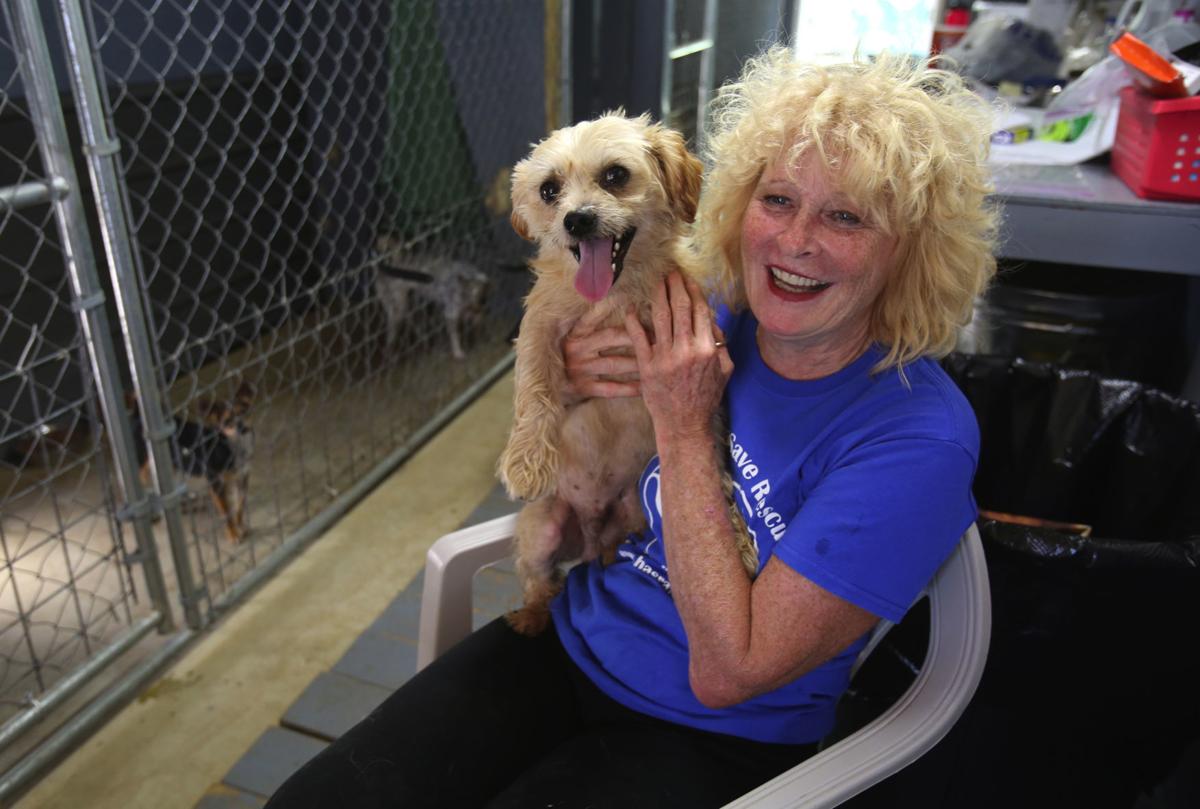 Debbie Rappuhn remained involved with the well-being of dogs and cats throughout the area. [FILE/TIMESDAILY]

Ginger Willingham stands next to the magazine cover after it was unveiled at the 2019 Shoals Woman of the Year luncheon. [MATT MCKEAN/TIMESDAILY]

Sarah Jennifer Thompson looks at the Shoals Woman of the Year magazine cover, featuring her, after being announced as the winner during the awards luncheon in 2013. [FILE/TIMESDAILY]

Debbie Rappuhn remained involved with the well-being of dogs and cats throughout the area. [FILE/TIMESDAILY]

There are many women in the Shoals who are good people, great moms and hard workers for their employers.

The Shoals Woman of the Year committee is looking for women who go beyond the norm.

Like last year’s recipient, Ginger Willingham. She wanted to help raise money to benefit children in need, but wanted to do more than just write a check.

When she learned that for many Shoals children school is the only place where they can count on being fed, she spearheaded Isaiah’s Call, a nonprofit of volunteers who pack bags with enough food for children and their families to have during the weekend.

“No matter how young you are, if you see a need, do it,” Willingham said in a Shoals Woman magazine interview. “You never know how big it’s going to be, and what an impact it’s going to have on somebody.”

Women who have been chosen for Shoals Woman of the Year have all volunteered to lift some aspect of daily life in others who are struggling. Now in its 16th year, the award, sponsored by the TimesDaily, recognizes remarkable women who don’t just speak of problems in the community, but actively become part of the solution.

The very first recipient, Sherry Fowler, educated herself on how to care for her daughter after she sustained a head injury.

Fowler was advised to place her daughter in a nursing home facility. Instead, she trained in how to care for her daughter at home, and became an advocate for others in similar situations after her daughter died. Fowler is the 2005 Shoals Woman of the Year.

“Everything happens for a reason,” Fowler said in her magazine interview. “You have to be positive; if you’re negative, everybody goes down with you.”

Then there’s Felice Green, who is a retired educator from the University of North Alabama whose laurels don’t begin and end with her career.

She donned costumes to read to children at various outlets across the Shoals, and brought art and dance to audiences through the Poza Dance Troupe. She didn’t stop, volunteering with the Salvation Army and St. Vincent De Paul Society. Green is the 2009 Shoals Woman of the Year.

“I always said in order to be an effective teacher one has be to a ham,” Green said in her magazine interview when asked about wearing costumes to read to children. “I love acting. I just love children. I just get a thrill when I see those eyes brighten up. Maybe they will go read this same book or another book because of that.”

One year, the need that was met wasn’t about humans. Debbie Rappuhn was appalled at the number of animals euthanized at the local shelter, so she dedicated countless days to find homes for unwanted animals, even if it meant sending them across the country. Rappuhn is the 2011 Shoals Woman of the Year.

“I’ve been told that I am wasting my time and wasting my breath,” she said in her magazine interview about her efforts to save animals. The pronouncement didn’t deter her. “I may be fighting a losing battle, but I am determined.”

Sarah Jennifer Thompson, like Fowler, took a tragedy and channeled her grief into building something to help others. After the death of her sister, Sidney, Thompson founded Sidney’s Safe! Foundation, where women could learn how to survive domestic abuse and seek recovery from addiction.

That foundation has branched out to help local kids by providing a week’s worth of food to schoolchildren who otherwise would go hungry. Thompson is the 2013 Shoals Woman of the Year.

“We’ve heard this little bag of food, how much it means to these kids,” Thompson said in her interview. “It’s sad to know that something like that means so much to them. We’re just trying to show God’s love through that bag of food.”

These are just four of the 15 stellar examples of Shoals women who have overcome great odds, or followed their heart to help their community in ways that, for many others, go unnoticed.

That’s why the Shoals Woman of the Year award is important to the TimesDaily. Hopefully, in recognizing a fraction of the women who keep our communities thriving, we can encourage them and let them know their efforts are greatly appreciated.