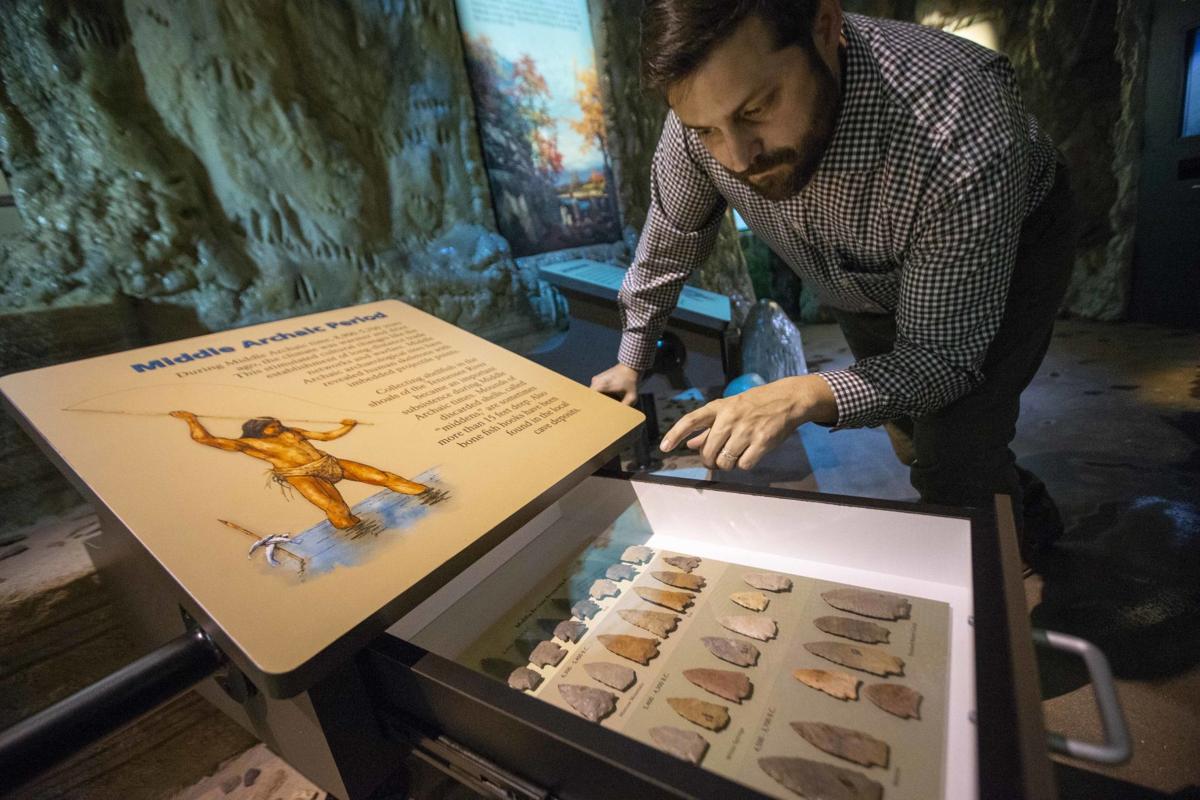 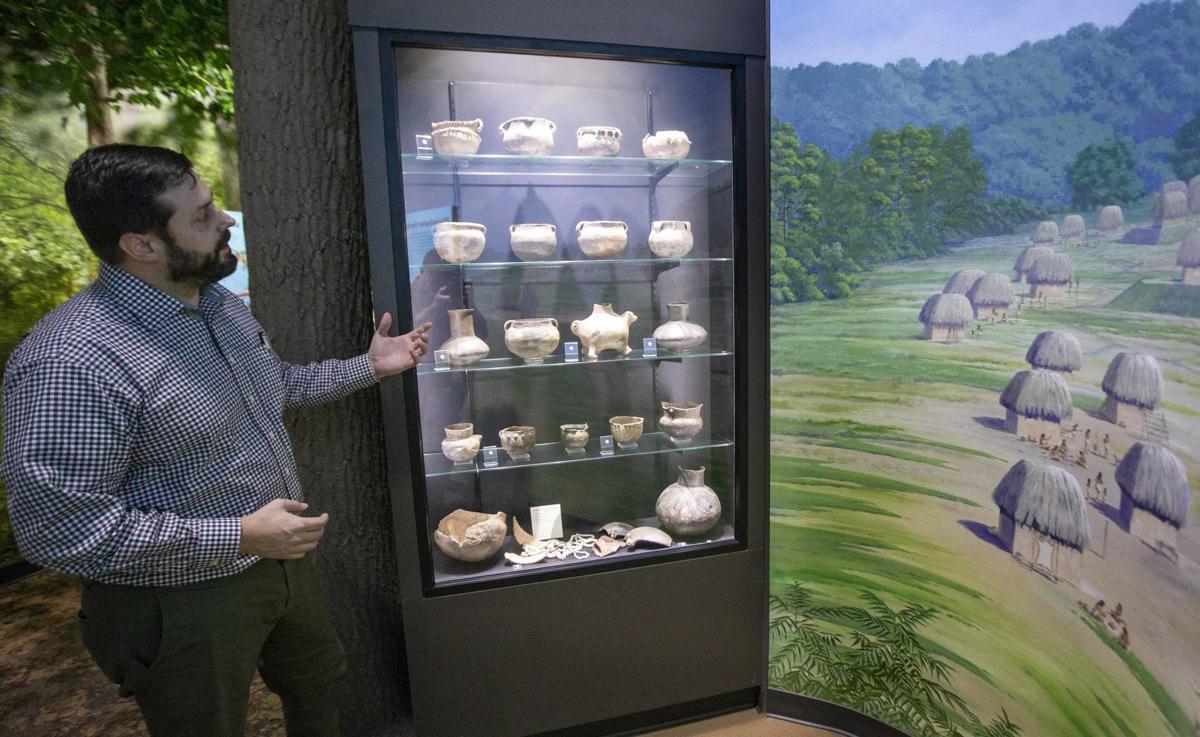 Curator Brian Murphy explains that grave goods, such as pottery displayed at the Florence Indian Mound Museum, are another example of the type items being stolen from archaeological sites in the Shoals area. [MATT MCKEAN/TIMESDAILY] 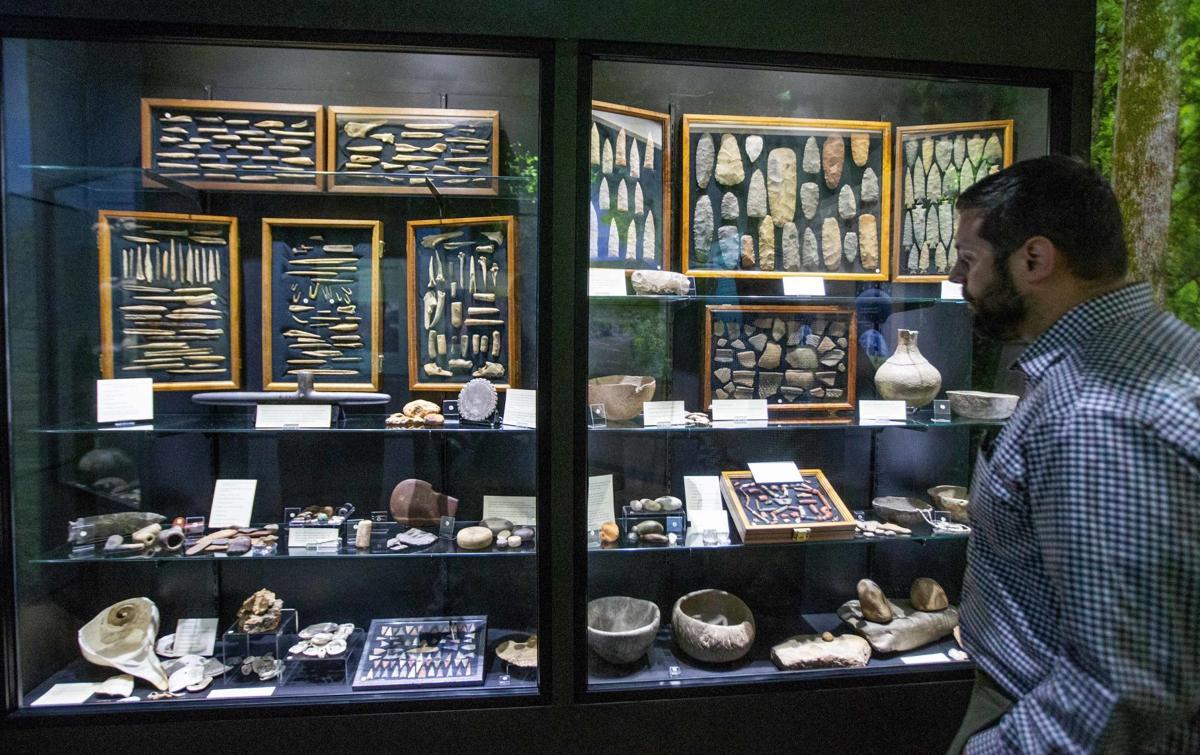 Curator Brian Murphy explains that grave goods, such as pottery displayed at the Florence Indian Mound Museum, are another example of the type items being stolen from archaeological sites in the Shoals area. [MATT MCKEAN/TIMESDAILY]

Most people wouldn’t consider disturbing gravesites, or taking cultural artifacts, but according to the Tennessee Valley Authority these things happen in the Shoals and across the Valley more often than we think.

To help combat this issue, TVA recently partnered with the Florence Indian Mound Museum to launch a Shoals branch of its “Thousand Eyes” program, which seeks to protect thousands of archaeological and cultural sites in the region.

“Part of what we’re trying to do is really raise awareness that this is a problem, and this is happening,” said Indian Mound Museum Curator Brian Murphy. “It’s enough that this has become kind of a hot spot … and that’s something that we’re really focused on trying to curb.”

The program recruits trusted volunteers to train in mitigating the issue. Shoals volunteers were trained in late October by archaeologists, law enforcement officers and a tribal representative to look for vandalism, looting and environmental damage.

“It was a really productive and educational training,” Murphy said. “We have a group, and we’re working on getting more members and increasing, so this is just the start.”

As a federal agency, TVA is required to protect archaeological sites under the Archaeological Resources Protection Act (ARPA).

According to Erin Dunsmore, senior archaeological specialist with TVA, the idea for "Thousand Eyes" came about in 2003 to organize protection and outreach efforts. The volunteer training component was added in 2015.

Sometimes, the violations can be as simple as picking up an object off the ground and keeping it. Dunsmore said this kind of removal is the most common violation, and many don’t realize it’s illegal.

“I think it’s important that people realize that taking things off public property into private collections is not preserving it for the future,” she said. “I think the more we increase awareness of this going on and how it’s illegal, and why we all need to come together to try to stop it, the better off we’re going to be.”

“We have had several instances in the past year where people have gone onto sites and excavated quite a bit, including impacts to burials,” Dunsmore added. “It’s unfortunately still going on, and … we know we’ve had several cases in the Shoals, specifically.”

Murphy said he had a chance earlier this year to see some of the damage firsthand at a gravesite that had been disturbed and looted.

“Something like that is incredibly sad and completely antithetical to what we are doing at the museum, and to what we really stand for as a culture,” he said.

This is something Lindsey Bilyeu knows all too well.

As a senior section reviewer for the Choctaw tribe, Bilyeu looks over submitted projects to make sure nothing significant to the tribe would be disturbed.

She also educates the public on cultural resources, and explains why they need to be protected. A large part of that is helping people understand Native Americans are part of a living culture, and these sites are personally important to them.

“When that gets disturbed, it disturbs our culture,” she said. “It ruins the things that we have left of our culture, and when they take our ancestors, that hurts deeply for us. We were charged with taking care of our sites and our ancestors.”

Dunsmore said the Shoals is an area “of great interest” for the "Thousand Eyes" program because of the rich Native American history, as well as the concentration of partners and “preservation-minded” people.

Bilyeu said she hopes to help others understand the tribal perspective because a more educated population means more eyes to understand and report any violations they may see.

“Native history is so important, not just to the tribes, but it’s important to the land that we live on,” she said. “Native people were the ones that were here first, and our culture still survives. What is left of the past is something that we can all enjoy and learn from in a respectful way.

“Going out and looting is not respectful," Bilyeu said. "It’s against the law, and you can be fined and can even go to jail.

"These resources are important for tribal people to be able to go back and to visit these sites and to pay respects to our ancestors."

If you witness or notice evidence of suspicious activity on TVA property, contact TVA police at 1-855-476-2489.

Anyone who comes across an archaeological resource, or has questions about reporting, should send an email to culturalresources@tva.gov.

If possible, include a photo and GPS coordinates when reporting a discovery.

You would rather and arrowhead be washed into the river than someone pick it up and save it? You are greedy

How would you rate your eating habits pertaining to healthy foods?