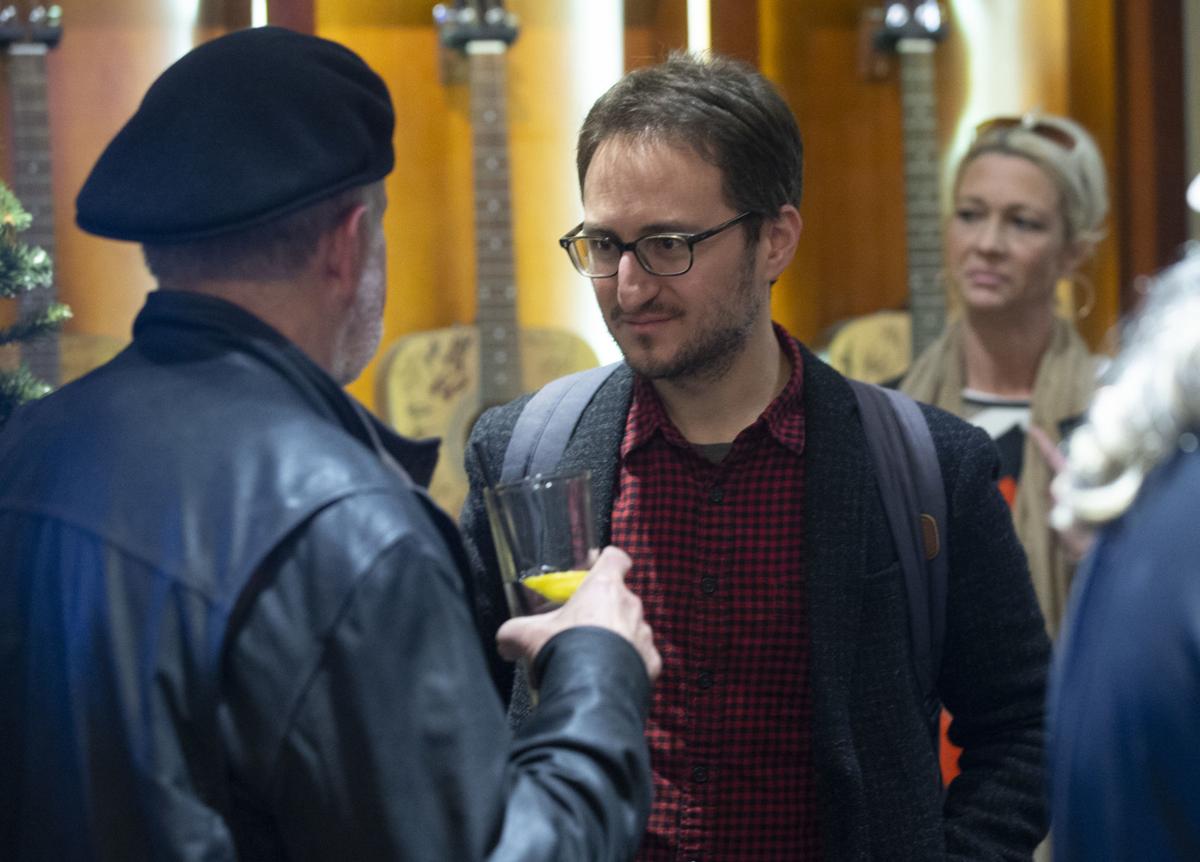 Shain Shapiro, Founder and CEO of Sound Diplomacy chats with bass guitarist Bob Wray after the presentation The Music Cities Study at the Swampers Bar and Grill inside the Shoals Marriott Hotel. [MATT MCKEAN/TIMESDAILY] 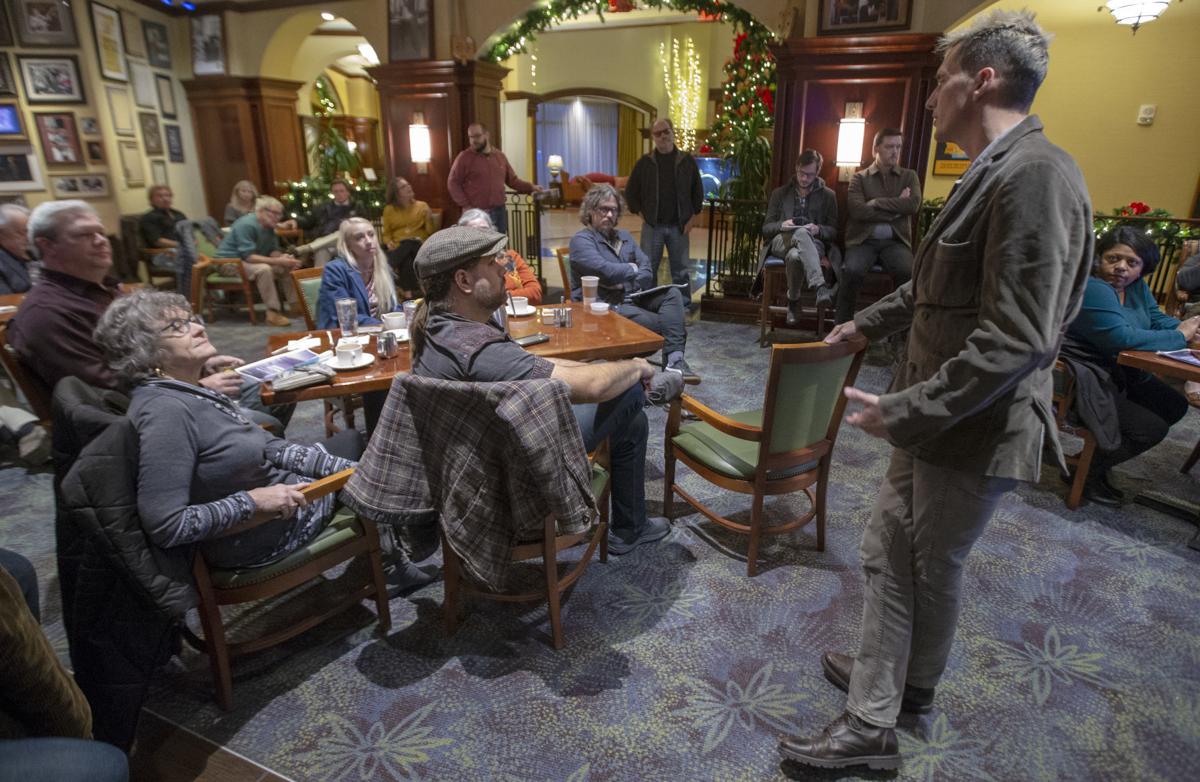 Shawn Patrick answers questions after presenting The Music Cities Study at the Swampers Bar and Grill inside the Shoals Marriott Hotel. [MATT MCKEAN/TIMESDAILY] 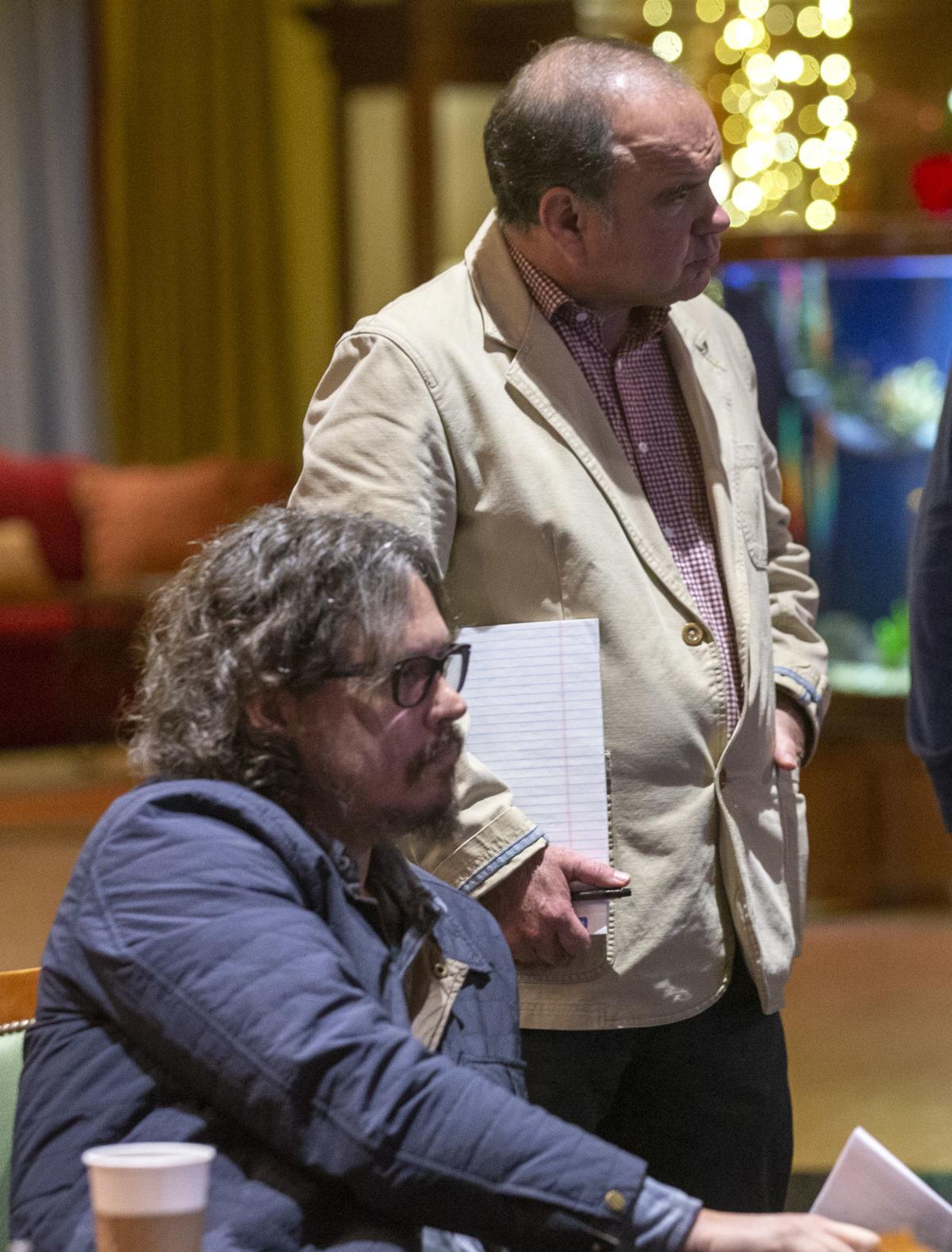 Shain Shapiro, Founder and CEO of Sound Diplomacy chats with bass guitarist Bob Wray after the presentation The Music Cities Study at the Swampers Bar and Grill inside the Shoals Marriott Hotel. [MATT MCKEAN/TIMESDAILY]

Shawn Patrick answers questions after presenting The Music Cities Study at the Swampers Bar and Grill inside the Shoals Marriott Hotel. [MATT MCKEAN/TIMESDAILY]

FLORENCE — With the 12-month Music Cities Study completed, some of the people involved in the study said it will take a unified effort to carry the study's recommendations to fruition.

Shawn Patrick, director of artist development for RCP Companies of Huntsville, gave a Powerpoint presentation Monday to a room full of stakeholders at Swampers Bar & Grille at the Marriott Shoals Hotel and Spa.

A snowstorm in Toronto, Canada, prevented Sound Diplomacy founder and CEO Shain Shapiro from making the presentation, but he arrived in time to field a few questions from the audience.

Several people in attendance, which included some of the major players in the Shoals music industry, said Shoals communities must work together to take the study forward and overcome some of the deficiencies highlighted in the study.

"We need to take those weaknesses and build them into strengths," Patrick said. "We have got to have more diversified artists, more diversified crowds, more music friendly events in mid-sized halls, small halls, any sized halls."

One main point of the study is the creation of a local music office, which is in the early stages of development through the Muscle Shoals Music Association. It would involve a director and a committee to drive the initiative.

Glenn Rosenstein, a record producer who has worked with U2, Madonna, Talking Heads, Ziggy Marley and others, said he's sees the situation as a "challenge in leadership."

"I think we've got an amazing group of people here in this room," he said. "I just don't feel all the pieces have connected. What I would like to see is more unity in the community, More drive, somebody to actually take hold and connect all of these amazing pieces we've been gifted with and make it one unified thing."

Rosenstein has purchased a home in the Shoals and worked with FAME Recording Studios President and General Manager Rodney Hall on the renovations of FAME's Studio B.

"I'd love to see an outreach from this community that ties together all of the assets that we have," he said.

The study showed that music contributes $49 million to the Shoals economy and is responsible for 479 jobs. Patrick said he believes those numbers can be increased.

"I think there's a big disconnect between the old and the new," hip-hop artist/producer Geoffrey "GMANE" Robinson said. "We need leadership to get behind what we're doing and put some money into it. This is a great place and could be even better."

Robinson agreed with the study's finding that there needs to be more music education that focuses on the business end of the industry.

Shoals Theatre General Manager Steve Price said music fans have gotten so used to being able to see legendary musicians playing for free, they're sometimes reluctant to pay admission prices to shows. He said the community has to be supportive of its musicians.

He also agrees that there is more power in a unified voice.

"I like the idea of a music office," Price said.

Hall said he likes the results of the study, which he called a a tool to plan for the future.

"It will take the community to come together to make it happen," Hall said. "if anything in the area that can bring us together, it's music."

Shapiro said Sound Diplomacy will come back in three years and run another economic impact study to see if the numbers have changed.

He called the study "a blueprint and a process."