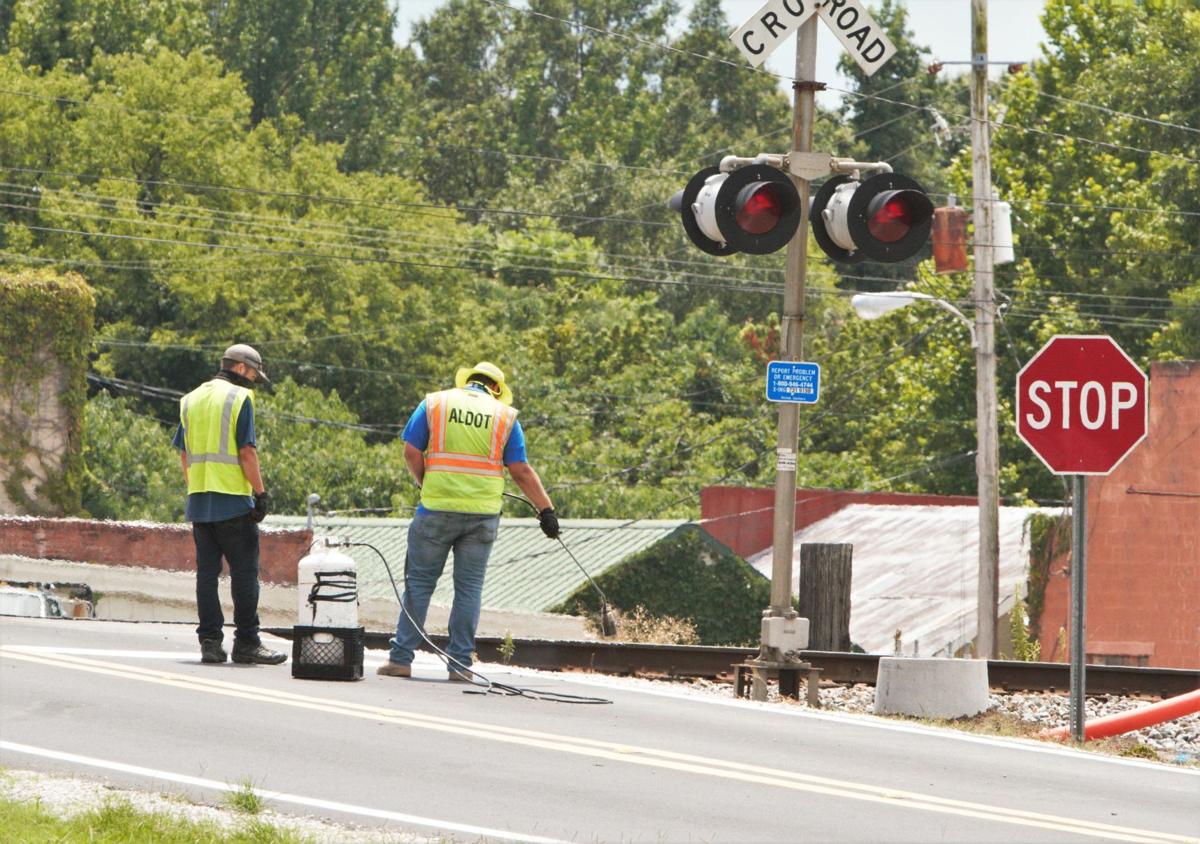 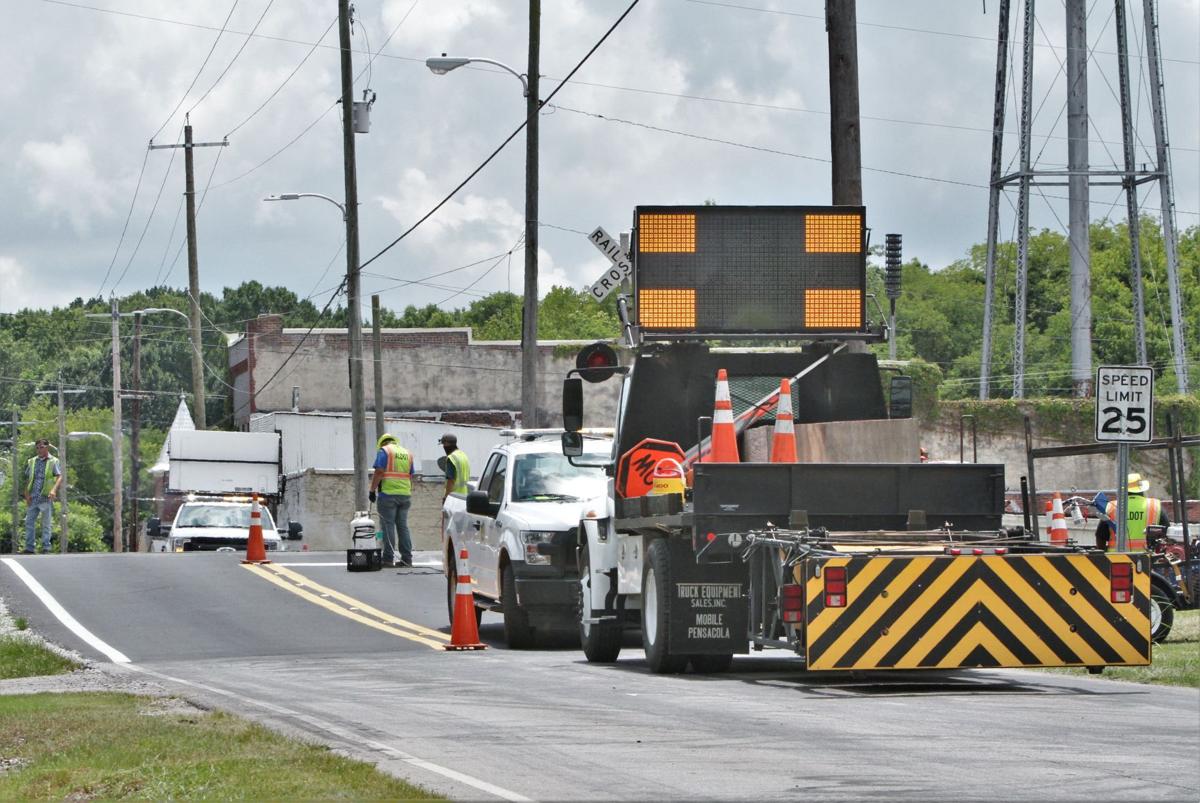 An Alabama Department of Transportation vehicle warns motorists of a lane closure at the Main Street railroad crossing in Leighton. [RUSS COREY/TIMESDAILY]

An Alabama Department of Transportation vehicle warns motorists of a lane closure at the Main Street railroad crossing in Leighton. [RUSS COREY/TIMESDAILY]

LEIGHTON — A local contractor and the Alabama Department of Transportation have completed paving and striping work on railroad crossings on Main Street and Sadie Robertson Street.

The work is part of a Norfolk Southern Railway Safety Corridor Project to upgrade the two crossings. The work was initiated afterthe College Street crossing was closed to accommodate a new passing track on the main line that passes through town.

"They straightened out the curve at Sadie Robertson and it really looks nice," Landers said. "When they get the (crossing) gates up, that should finish our agreement with Norfolk Southern."

Jud Young, the county transportation engineer in the Alabama Department of Transportation's Tuscumbia Area Office, said the railroad contracted with the Rogers Group to realign Sadie Robertson Street at the crossing and add new pavement at both crossings.

He said a Transportation Department maintenance crew added new striping at both crossings.

Young said the railroad will install the crossing gate arms.

Bradshaw said a typical signal installation can cost around $300,000 or more.

"Norfolk Southern is committed to enhancing the safety and efficiency of rail operations for our customers and the communities we serve," she said.

She said the work involved installing new, automatic warning devices at both crossings.

The money comes from the federal government and is administered by the Transportation Department.

He said the department and railroad have also completed an upgrade of a railroad crossing on Brewer Lane in Russellville.