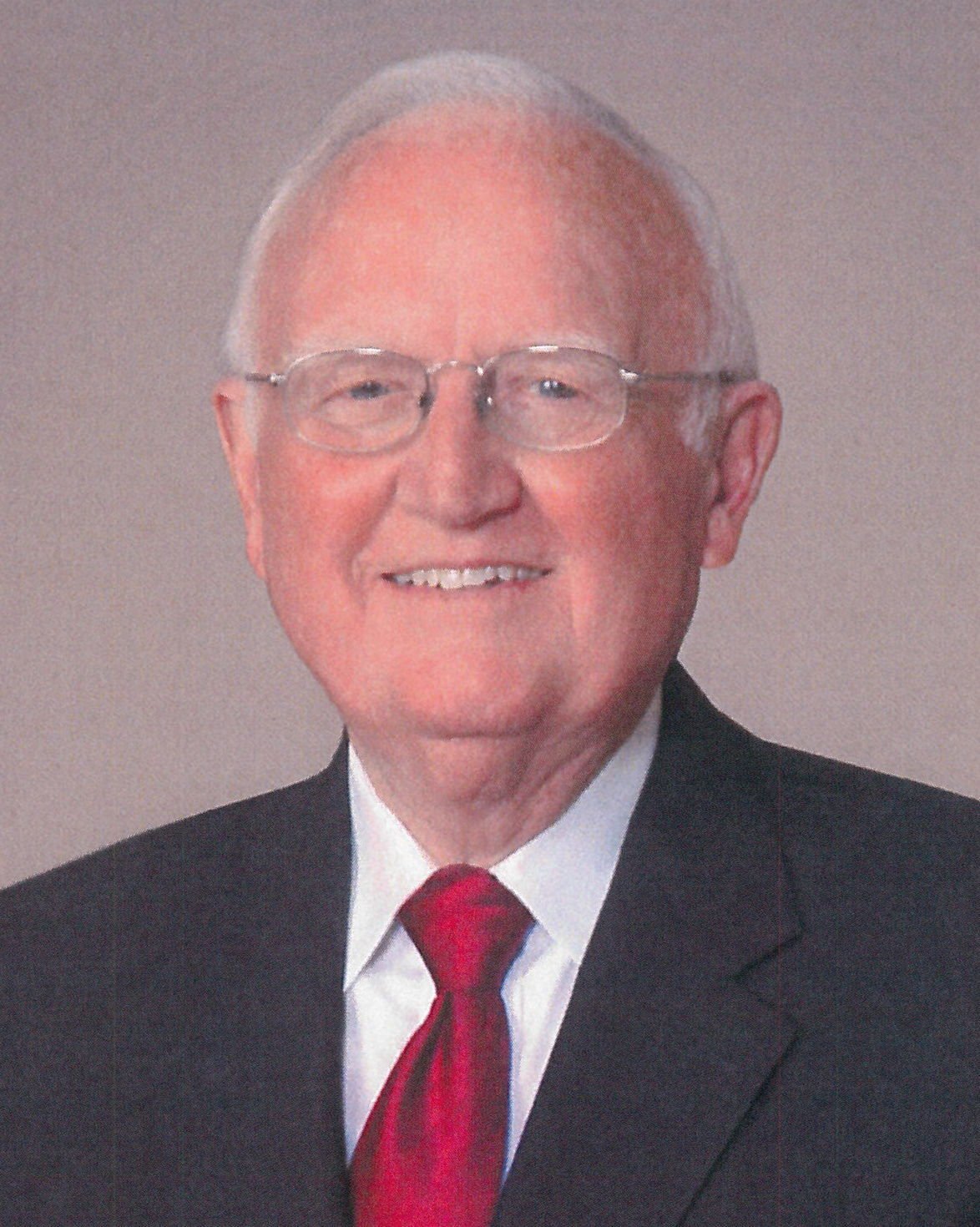 Born June 3, 1925, Cecil was the youngest of seven children born to L.M. and Mary Batchelor on a farm outside Haleyville, AL. Cecil graduated from Phillips High School, and three months later, he joined the United States Navy and served his country proudly and bravely during World War II.

After the war was over, Cecil retuned home to marry the love of his life, Miss Olivia Robinson. Cecil and Olivia moved to Russellville where they raised their two children, Rebecca and Greg, and where they’ve lived ever since.

Cecil served as co-owner of Dependable Motor Company, and owner of Dependable Service Center (later known as Dependable True Value Hardware). He made a name for himself in the banking business, becoming chairman of Citizens Bank (now known as CB&S Bank) and serving in that capacity for more than 50 years before stepping down in May 2016. He continued to serve as a director and chairman emeritus and served as chairman of CB&S Banc-Corp, the official holding company for CB&S Bank, until his passing. Because of his immense success as a businessman, Cecil was honored to be inducted into the Alabama Business Hall of Fame in 2020.

Cecil spent many years in service to his church, First United Methodist Church of Russellville, where he and Olivia served as youth directors in the 1940s. Cecil served as a Sunday School teacher; chairman of the Building Committee, the Stewardship Committee, and the Board of Trustees; a District Lay Leader; and a member of the Wesley Foundation. In the medical community, Cecil represented Franklin County on the Alabama Tuberculosis Association Board; served for many years as the Franklin County representative on the Board of Trustees of State District 1 Tuberculosis Hospital in Decatur, AL, in the 1960s and early 1970s; was an organizing member of the Diabetes Trust Fund based in Birmingham, AL; and served on the Diabetes Trust Fund Board that raised $8 million to build a six-story hospital building for research, teaching, and patient care related to diabetes, which was given to the University of Alabama Medical Center and later named by the Alabama State Legislature as the Buris R. Boshell Diabetes Hospital. He was instrumental in the advancement of education locally during his 20-year tenure serving on the Russellville City School Board, many of those years serving as chairman of the board and making decisions that would positively affect students and teachers in Russellville for years to come. He also served on a special committee for the University of Alabama College of Commerce at the request of Dean Barry Mason; and he served as a member of the Board of Trustees of Martin Methodist College in Pulaski, Tenn., where he was also a member of the Finance and Building committees.

The family held a private memorial service honoring the life and legacy of their beloved husband, father, grandfather, and great-grandfather.

The family has directed anyone wishing to make a memorial in Cecil’s memory to do so with the following organizations: First United Methodist Church of Russellville, Alabama; Russellville Education Foundation; St. Jude Children’s Research Hospital; and the Leukemia and Lymphoma Society. The family also wishes to express their sincere gratitude in the outpouring of love and support they have received and believe it is a testament to the life Cecil and Olivia built and to the legacy he leaves behind.

How close are you to finishing your Christmas shopping?