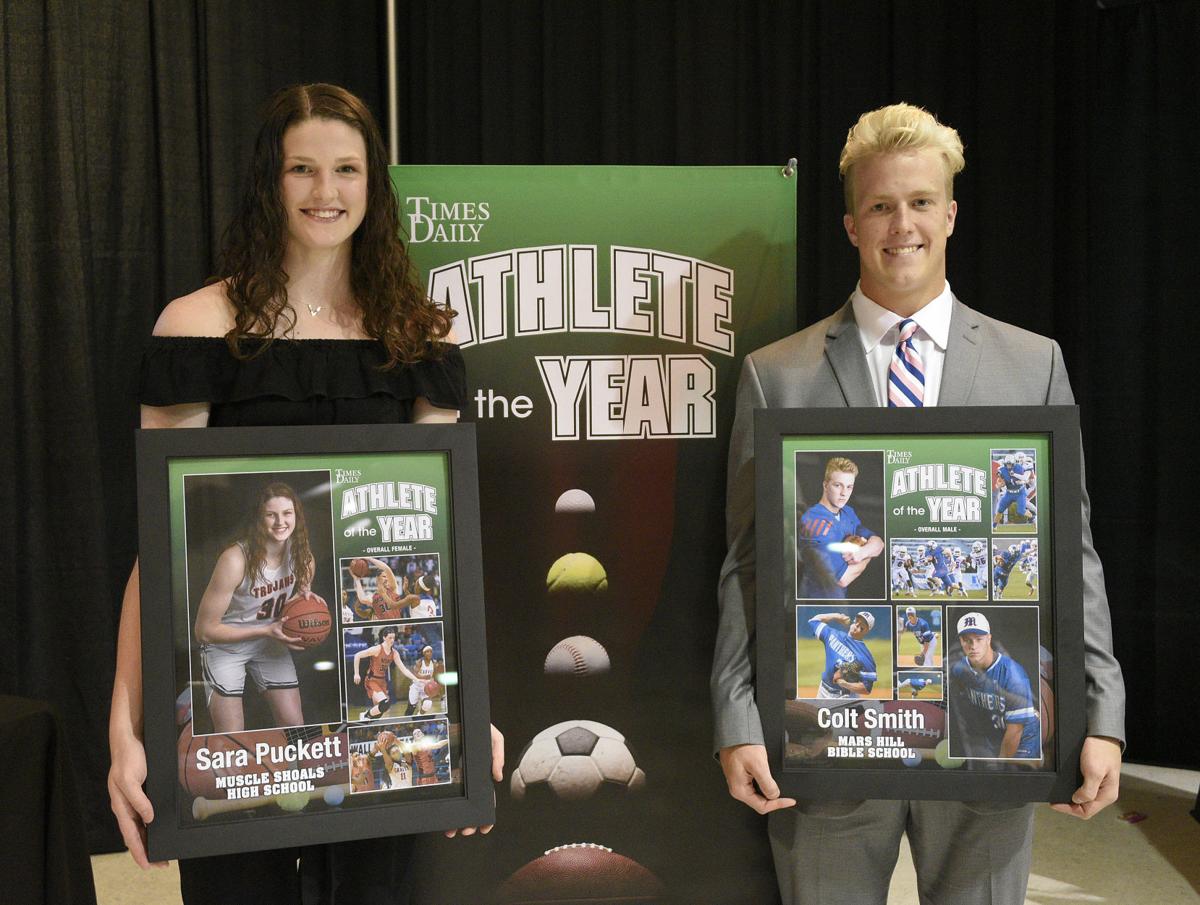 Sara Puckett and Colt Smith are awarded the 2019 female and male athletes of the year at the TimesDaily Athlete of the Year banquet Tuesday night. More photos at TimesDaily.com. [PATRICK HOOD/TIMESDAILY] 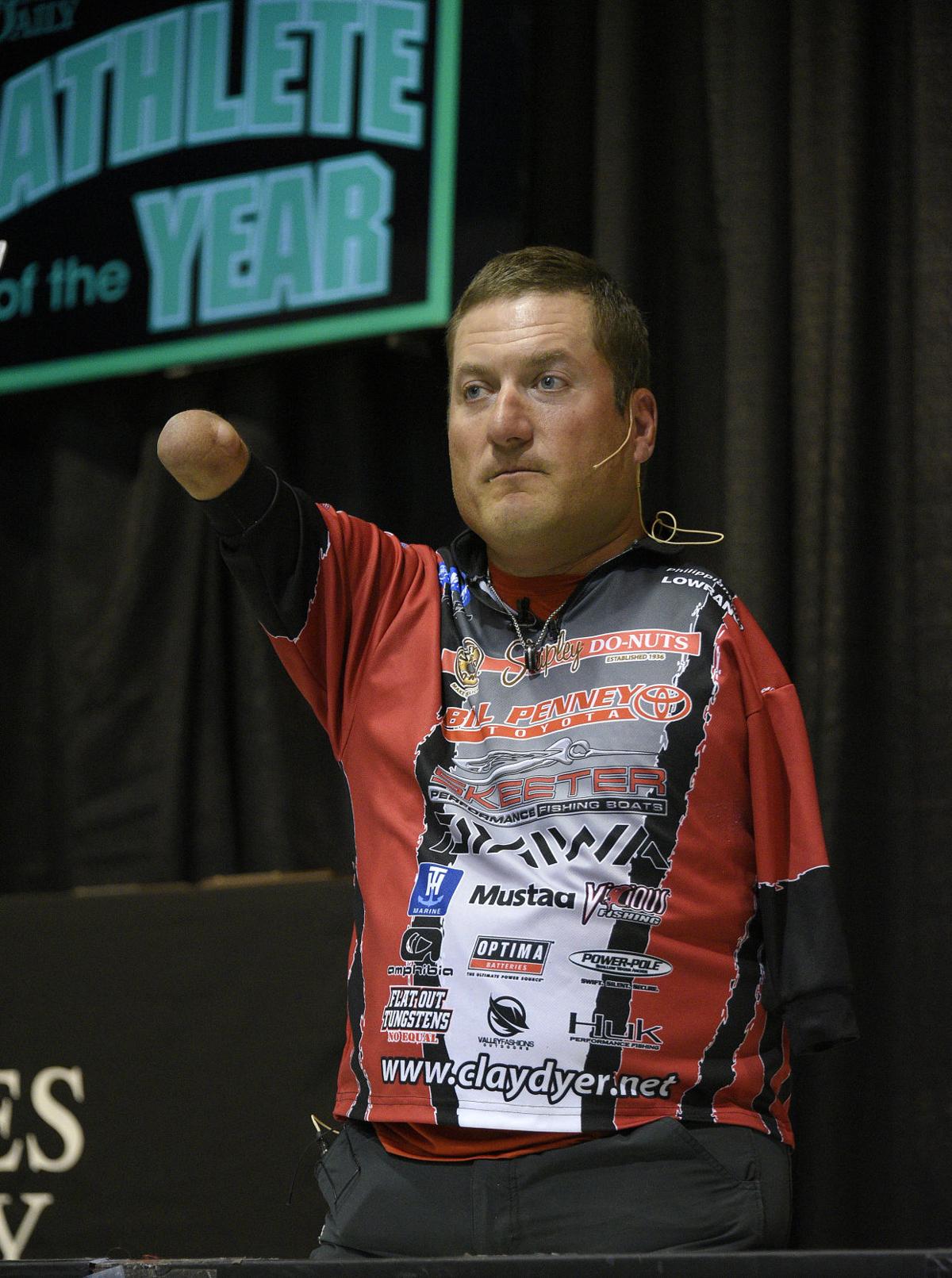 Sara Puckett and Colt Smith are awarded the 2019 female and male athletes of the year at the TimesDaily Athlete of the Year banquet Tuesday night. More photos at TimesDaily.com. [PATRICK HOOD/TIMESDAILY]

FLORENCE — Colt Smith and Sara Puckett earned individual honors for their athletic achievements Tuesday night, but they were quick to share the spotlight with their friends.

Smith, a graduate of Mars Hill Bible School, and Puckett, a rising junior at Muscle Shoals High School, were announced as the male and female athlete of the year, respectively, at the TimesDaily’s Athlete of the Year banquet at the Florence-Lauderdale Coliseum.

Smith’s senior year went about as well as he could have hoped, with the Panthers claiming Class 1A state championships in football and baseball.

“I’d give anything to just go back and relive my senior season. It was so much fun,” Smith said. “A lot of memories made. I’ll cherish them forever.”

Smith was a running back/linebacker who scored five touchdowns in the Panthers football team’s state championship rout of Linden, and he threw an eight-inning shutout in the semifinal round of the baseball tournament in one of the Panthers’ few close wins all postseason.

But she shines brightest in basketball and had another stellar season, helping the Trojans basketball team take a step forward under coach Blair Woods. Muscle Shoals won a sub-regional game and advanced to the Class 6A Northwest Regional in Hanceville, where it lost to Carver-Birmingham.

Puckett is a forward who can handle the ball like a guard and hit a jumper but also cause problems in the post with her height, particularly blocking shots. She has offers from over 20 Division I college basketball programs.

Puckett thanked her parents, Rayfield Ragland and her coaches for pushing her and keeping her on the right path. Puckett has two more years of high school to get even more work done.

“I’ve got some (goals), but really I just want to have fun and just grow closer with my team and help them to get better, too. Just us all grow together as a team and as people,” she said.

The Rogers girls and Mars Hill boys were selected as the athletic programs of the year.

The speaker for the evening’s banquet was Clay Dyer, a professional fisherman from Hamilton. Dyer has only half his right arm and has no left arm or legs, and he talked to the audience about choosing not to seek pity or let that physical difference define him but instead achieve his dreams anyway.

He congratulated the athletes for their achievements but pointed out his friends who have won championships in athletics impress him more by their character.

“When you do what’s right, you’ll be blessed and you’ll be rewarded,” he said.