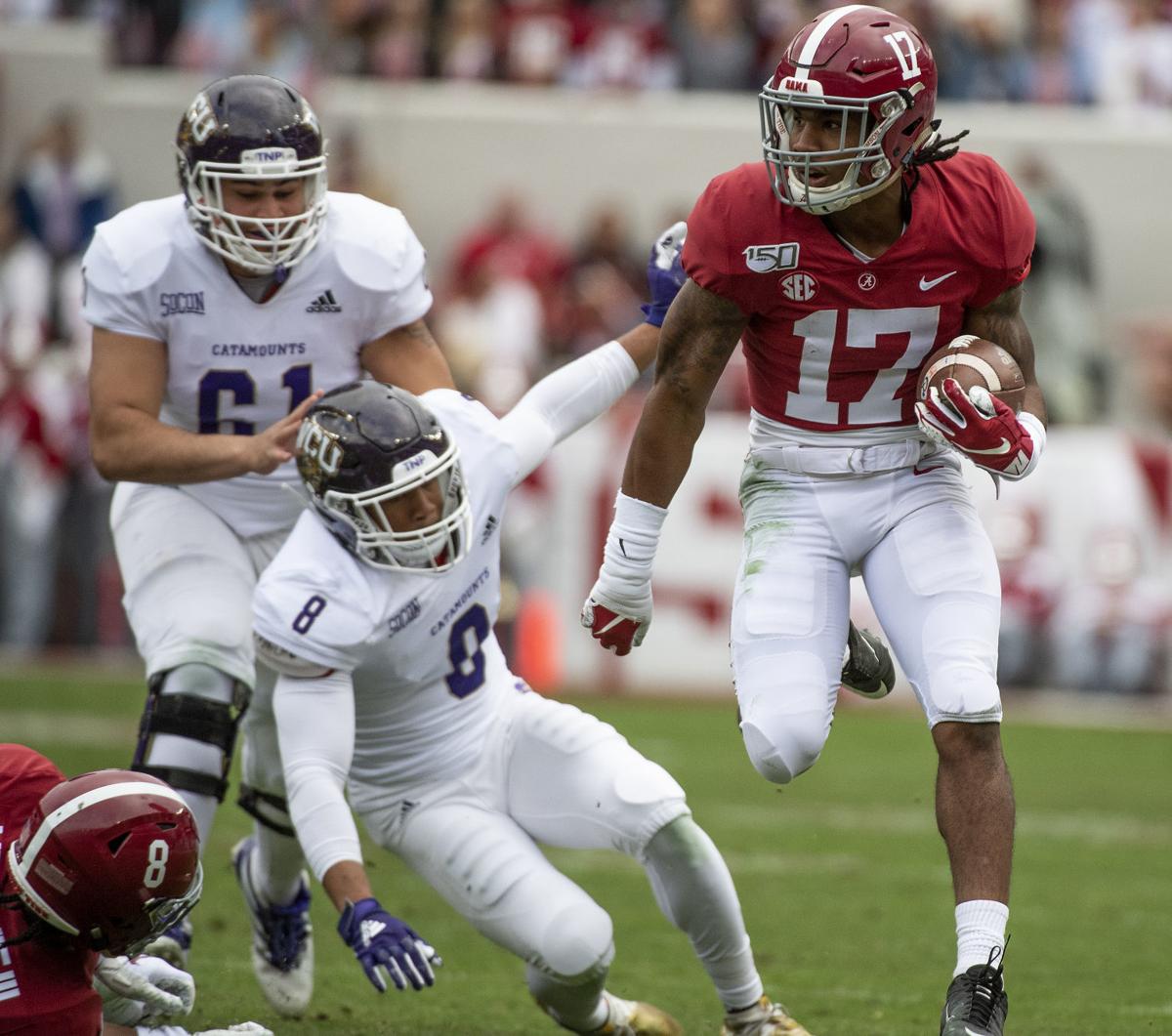 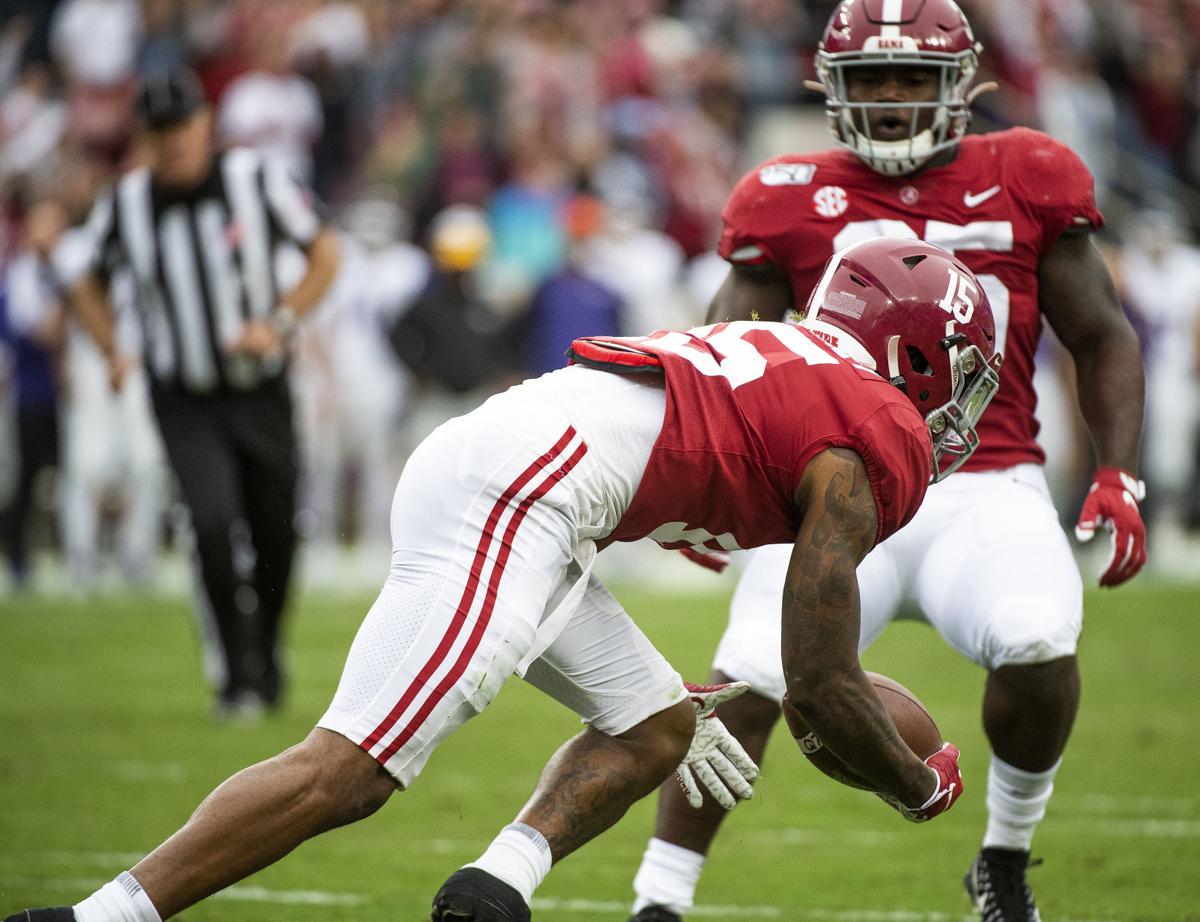 Alabama defensive back Xavier McKinney (15) intercepts a pass against Western Carolina on Saturday. McKinney said he and his teammates recognize they can't worry about what other playoff contenders do and must play their best at Auburn. [MICKEY WELSH/MONTGOMERY ADVERTISER]

Alabama defensive back Xavier McKinney (15) intercepts a pass against Western Carolina on Saturday. McKinney said he and his teammates recognize they can't worry about what other playoff contenders do and must play their best at Auburn. [MICKEY WELSH/MONTGOMERY ADVERTISER]

TUSCALOOSA — There’s no downplaying it this week: It all comes down to the Iron Bowl.

“I think the Iron Bowl is one of the great rivalries in college football. If you’re a competitor, you love to play in games like this game this week, and playing against a really good team,” Saban said. “And maybe as it should be, a lot comes down to this game. It’s kind of the season within the season, so to speak, and I think if you have to explain that to your team or your players, they don’t really know what’s going on in football.”

Despite having already surrendered its opportunity to play in next week’s SEC Championship game by virtue of its 46-41 loss to No. 1 LSU earlier this month, the fifth-ranked Crimson Tide (10-1, 6-1 SEC) remains in the hunt for a sixth straight College Football Playoff appearance.

Of course, other playoff contenders have their own conference championship opportunities ahead, but where Alabama ends up depends on what happens Saturday at No. 15 Auburn (8-3, 4-3 SEC).

“We can’t control anything else, so we’re going to try and play as well as we can and hopefully the results show that we’re worthy of being in that top four,” junior safety Xavier McKinney said. “We know what’s at stake. We know how much this game means to us, for our team. So we’re going to come out there and try to make a big statement.”

But simply winning — which is admittedly far from a certainty against the battle-tested Tigers — might not be enough.

“I think Auburn has an outstanding team. They have some very impressive wins over top 10 teams, top 20 teams,” Saban said. “The only teams they’ve lost to are teams that were ranked in the top 10. So they’ve been very competitive and played really well in all those games.”

One of those “impressive” wins came in the season opener against a then-No. 11 Oregon, though that doesn't look as good after the sixth-ranked Ducks suffered a 31-28 loss to unranked Arizona State last Saturday.

Still, depending on how conference championship weekend plays out, especially the SEC title game between No. 1 LSU and No. 4 Georgia (10-1, 7-1 SEC), the fourth and final playoff seed is expected to be up for grabs a week from Sunday.

Of course, both No. 7 Utah (10-1, 7-1 Pac-12) and No. 9 Oklahoma (10-1, 7-1 Big 12) could feasibly leapfrog an idle Alabama for the final playoff spot if they win their respective conference championship games, which makes an impressive showing at Auburn all the more important.

“Man, obviously this is a big rivalry game for us. That’s been emphasized,” junior center Landon Dickerson said. “Hopefully we can handle our business.”

That said, not being able to control anything beyond what happens on the field Saturday also provides a bit of relief and focus heading into such a competitive game.

“It’s easier, really. We’re just worrying about us right now, putting our team in the best situation (to win),” Dickerson said. “We’re really worried about this week and that’s all that we can handle right now.”

Not that it’s stopped Saban from doing his pregame politicking.

“This is the best team we’ve played, probably, so far this year,” Saban said of Auburn, “and it will be the most challenging place that we’ve played. So, a real challenge for the players on our team.”

How healthy some of those players will be for the game has yet to be determined.

It’s also uncertain if injured Alabama quarterback Tua Tagovailoa (hip surgery) will travel with the team to Auburn, though Saban reaffirmed that’s a decision for Tagovailoa, his family and the team’s medical/training staff.

“We expect Tua to do what he needs to do to get healthy himself,” Saban said. “He knows he’s welcome around here any time, but if he feels up to it. I think it’s always uplifting to the team when he’s around. I’ve talked before about his spirit and leadership, having a positive impact on everybody around here and certainly we’d love to see him as much as possible.

“But he’s also got to feel up to it. The guy’s been through a lot here. We’ll kind of leave that up to him.”