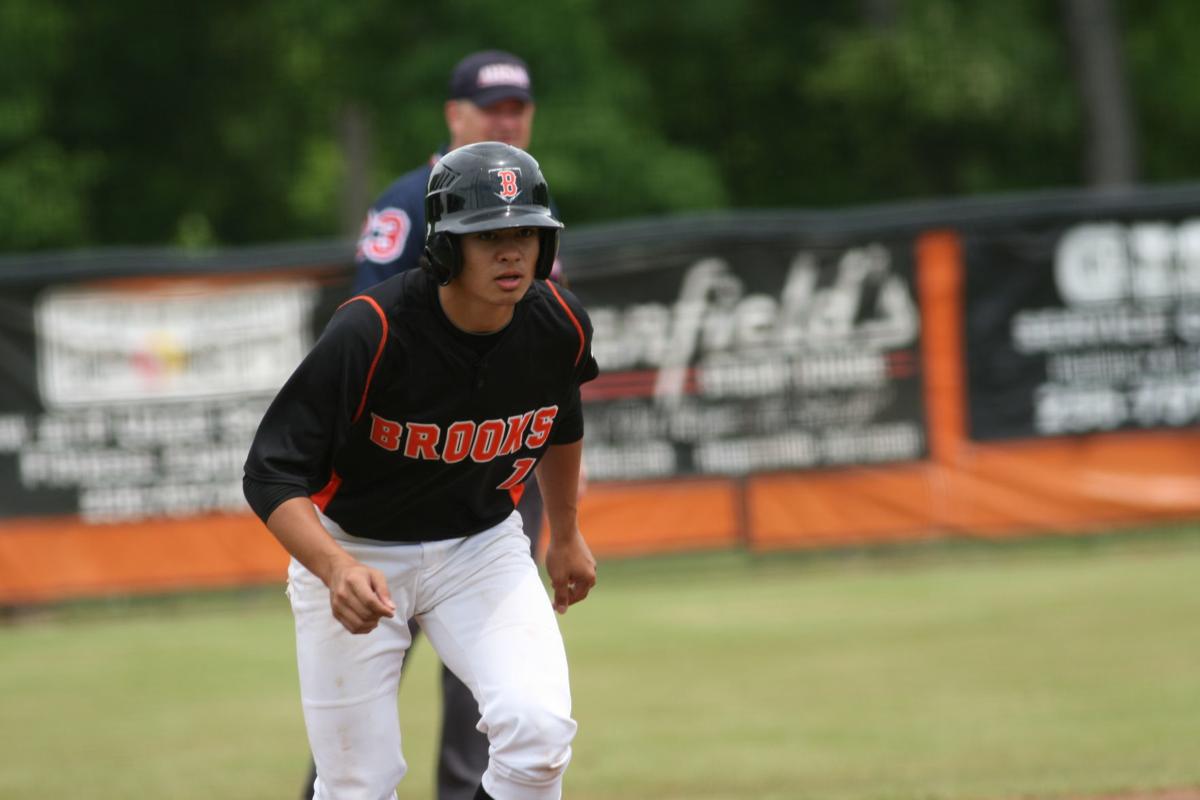 Drake Tucker was the TimesDaily's 4A-6A hitter of the year in 2013, a season in which he hit .487 with an AHSAA-record 31 doubles. [TIMESDAILY FILE] 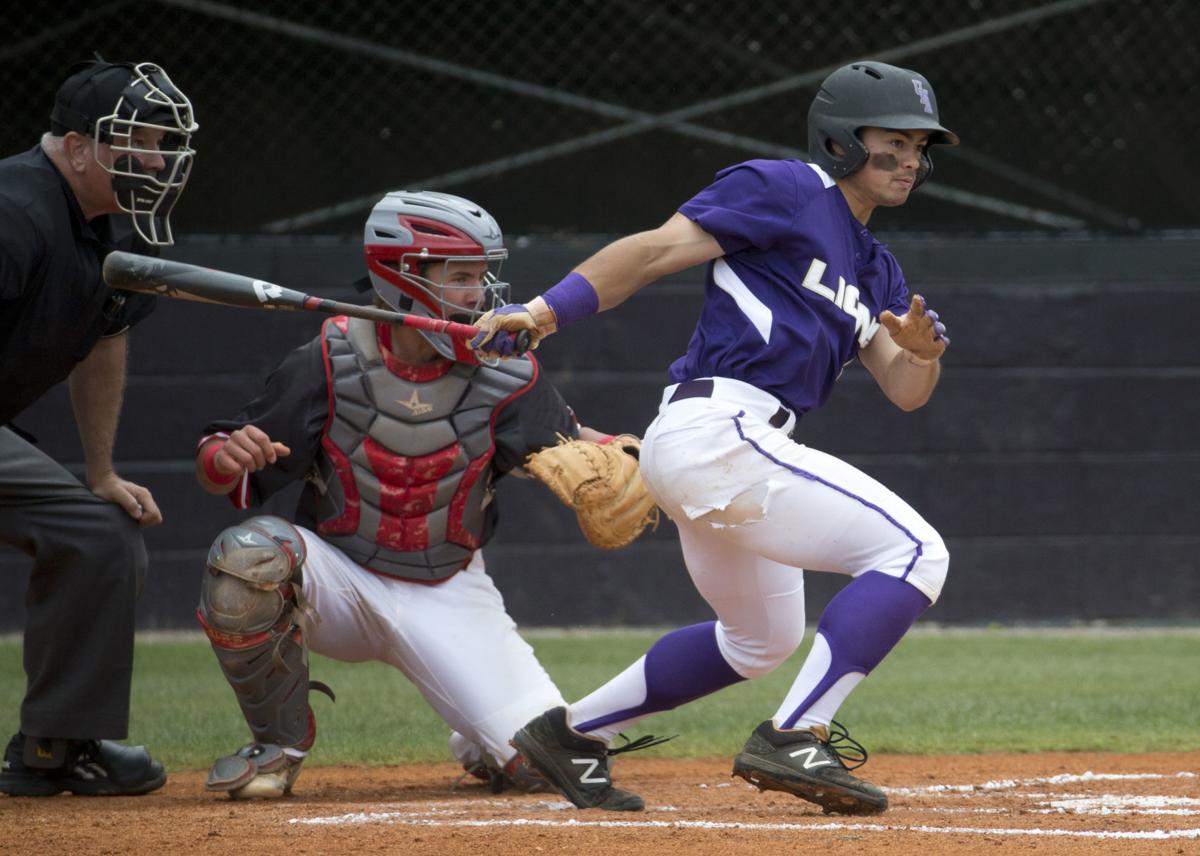 Drake Tucker batted .365 with six doubles, five triples and a home run as a senior in 2017 for North Alabama. Tucker went to Brooks High. [MATT MCKEAN/TIMESDAILY]

Drake Tucker was the TimesDaily's 4A-6A hitter of the year in 2013, a season in which he hit .487 with an AHSAA-record 31 doubles. [TIMESDAILY FILE]

Drake Tucker batted .365 with six doubles, five triples and a home run as a senior in 2017 for North Alabama. Tucker went to Brooks High. [MATT MCKEAN/TIMESDAILY]

Drake Tucker went with the Brooks High baseball team to the Class 4A state championship series in 2011 and 2013, though the Lions lost both times.

He struggled and played little in his initial seasons at Wallace State-Hanceville and at North Alabama, but eventually he bounced back to be far more productive in his second year at each school.

Not everything was easy for perfect for Tucker during his baseball career, but three years removed from his playing days he appreciates the opportunities he earned and success he had.

He played high school baseball with boys he’d grown up with for years and played for his hometown university, and he remains close friends with many of his former teammates.

“It was special to me,” said Tucker, a member of the TimesDaily's all-decade baseball team. “Now that it’s come and gone I didn’t realize how fortunate I was just to be out there.”

The Tucker family history with Brooks goes back to before he was born. Drake’s grandfather coached the team after the school opened, and Drake’s father was a player on the 1988 team that was runner-up in Class 4A.

Drake was honored to continue that family legacy, and his time with Brooks also represented a continuation of the years he and many Brooks teammates had spent together with Dixie Youth or travel baseball.

“What made it really special was we grew up basically playing baseball together since we could walk, really,” Tucker said. “Our parents were super tight, too, and I still talk to some of those guys.”

Tucker excelled individually as well. He was the TimesDaily’s 2013 Class 4A-6A hitter of the year, batting .487 with six home runs. His 31 doubles that year are still an AHSAA record.

But Tucker — like a lot of us — still had some growing up to do when he got to college.

Going to Hanceville was Tucker’s first extended time away from home, and he acknowledged he was “young and dumb” and didn’t see eye to eye with Wallace State coach Randy Putman.

But, according to Tucker, at the end of that year he was one of only five players Putman invited back.

Tucker chose to treat baseball more like a job and played well all year, knowing it was his only chance at earning a spot on a team at a four-year school.

“It took me my freshman year and the start of my sophomore year to realize you only live once. You only get to do this once,” he said.

UNA, however, did not start smoothly either. Tucker said he hit well in fall ball and incorrectly assumed he would get to play a lot. He only got 11 at-bats all season and his frustration built.

Coach Mike Keehn had offered him a chance to redshirt before the season, and now Tucker regrets not doing so.

“I got to UNA and they’ve got all these sororities and fraternities and I got sucked in,” Tucker said. “That wasn’t very helpful because that was a distraction. I was doing fine in school, but I was just going through the motions.”

He and Keehn had a “heart to heart” after his junior year, and Tucker explained he did not want to leave and wanted to stay at UNA. He agreed to do things Keehn’s way.

“I wasn’t hard-headed like I was my freshman and my junior year. I ended up hitting (in the) three hole all year,” Tucker said. “We made a bond that I’ll just never forget.”

Tucker felt good about his senior year right away. In the first series of the season, he made a diving catch in the outfield but an umpire ruled the ball hit the ground.

Keehn sprinted out of the dugout to argue, and Tucker knew the coach had his back.

Tucker was one of UNA’s best hitters that year, hitting .365 with six doubles, five triples and a home run. UNA went 34-19 overall and 21-12 in the Gulf South but was left out of the NCAA Division II tournament.

But Tucker said younger players have told him Keehn mentions him as an example of how you can turn things around in a positive way.

That, Tucker said, “I think is pretty cool and makes me feel good about myself. I love Coach Keehn.”

Tucker, who got married earlier this year, started as a seasonal worker for UPS in December 2018 and the next month agreed to stay long-term. He preloads every morning from 5 to 9 and then two or three days a week drives the UPS truck around Florence, Killen and Muscle Shoals. He said the day is as busy as ever despite the coronavirus.

On days he doesn’t drive, he helps with his father’s business putting siding on houses. He enjoys the work at both jobs.

Tucker keeps up with what Brooks and UNA are doing and was glad Brooks won the 2019 Class 4A state championship to finally claim the title that eluded him and his dad as players.

Tucker hopes the players following him at Brooks and UNA make the most of their opportunities.

“They don’t need to take anything for granted,” he said.