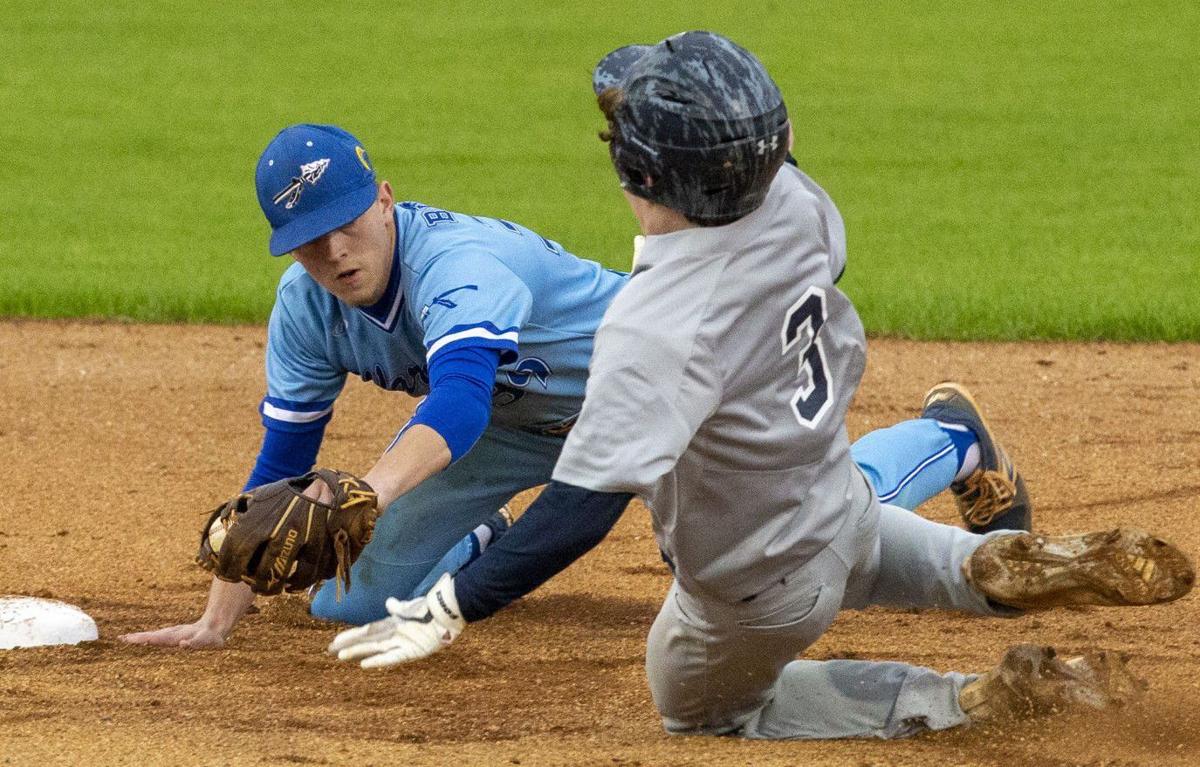 Tanner Burnett, left, was a switch-hitting shortstop for Wilson who says he can also play second base or outfield. [TIMESDAILY FILE]

Tanner Burnett, left, was a switch-hitting shortstop for Wilson who says he can also play second base or outfield. [TIMESDAILY FILE]

Wilson graduate Austin Hills has worked throughout high school to improve his pitching velocity, and teammate Tanner Burnett doesn’t mind helping by getting Hills worked up.

“I’m always messing with him (saying) ‘I’ll take you 450 (feet)’ and stuff like that,” Burnett joked. “We all motivate each other.”

Both of them recently attended tryouts at Martin Methodist and earned spots on the team.

Wilson was 10-2 when the 2020 season — which looked promising for the Warriors — was called off.

Hills has been playing baseball this summer with Dinger Nation, which allowed recent graduates a chance to play since the spring season was cut short. When the summer season started, he had not pitched in a game in about three months.

“It felt like home. It always does to me,” Hills said of the mound, though he added, “It definitely took some getting used to after being off that long.”

Hills brought a four-seam fastball and curveball to the Wilson varsity and has since added a two-seam fastball, circle change and slider. His curveball is his best pitch, and he’s working to improve his fastball velocity from the 82-84 range to around 90 mph.

He credited coach Warren Fowler for helping him improve as a pitcher and grow as a person and said Fowler has been his favorite coach.

“I bet you all 12 of those (other Wilson) seniors would tell you the same thing,” Hills said.

Burnett is a switch-hitting shortstop who can also play second base or in the outfield. He said early in his prep career that he lacked confidence, but now he believes that he can come up with a big base hit or reach any ball hit in his area.

Hills and Burnett were part of a Wilson class that lost three classmates in 2018 when Coby Hines, Tyler Nelson and Braden Turner were killed in a car accident.

“That was a really tough thing for us to go through,” Burnett said. “It helped to have each and every one of us there for each other.”

Said Hills: “Baseball was the only thing I could lean on. I had to go play to get my mind off it.”

Hills said not all the Wilson baseball seniors played on the same teams growing up but most have known each other for years, and that helped make them a tight group.

Burnett, who wants to major in nursing, said his Christian faith has been and remains important to him.

“We’re blessed, every one of us. We’re very blessed,” he said.